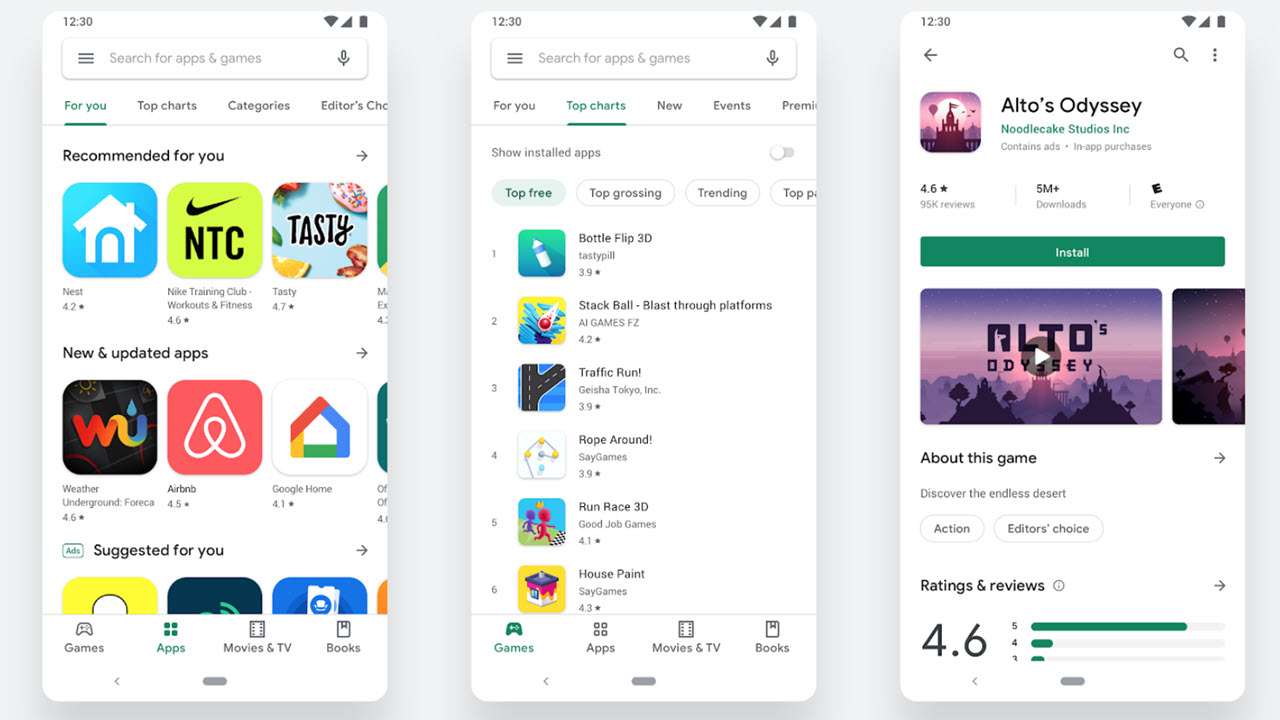 The Play Store is the first place every one of the two billion-plus Android users visits either when setting up their device or adding new apps, and Google has rolled out a visual overhaul to Android’s storefront, making it cleaner and more user-friendly.

The update also brings an easier way to see app information including the size, rating and developer of the app. The app icons, which could previously be uploaded in any shape have also been uniformly laid out with this update, giving a better visual appearance.

Options like Top Charts, Premium, Editor’s Choice, among others, have been shifted to the top of the Play Store in a sliding menu.

While Google says that the redesign aligns with the company’s Material design language, it’s hard to miss the influence of Apple or more specifically iOS App Store’s design language. The new navigation menu, as well as the cleaner interface and uniform app icons, makes the Play Store look much similar to the App Store on iPhone and iPads.

Also read: Why should you use Spotify especially if you have Google Home

On Wednesday, Google also rolled out its lite search app — Google Go — which was initially launched in 2017 as a part of the Android Go ecosystem of Lite apps for low-end Android smartphones, to the Play Store.

Google Go is a lightweight app at 7MB that allows users to search the internet even with a spotty internet connection. It eats up less storage and memory, ensuring that the device stays fast even when the app is running in the background. Read more about it here.