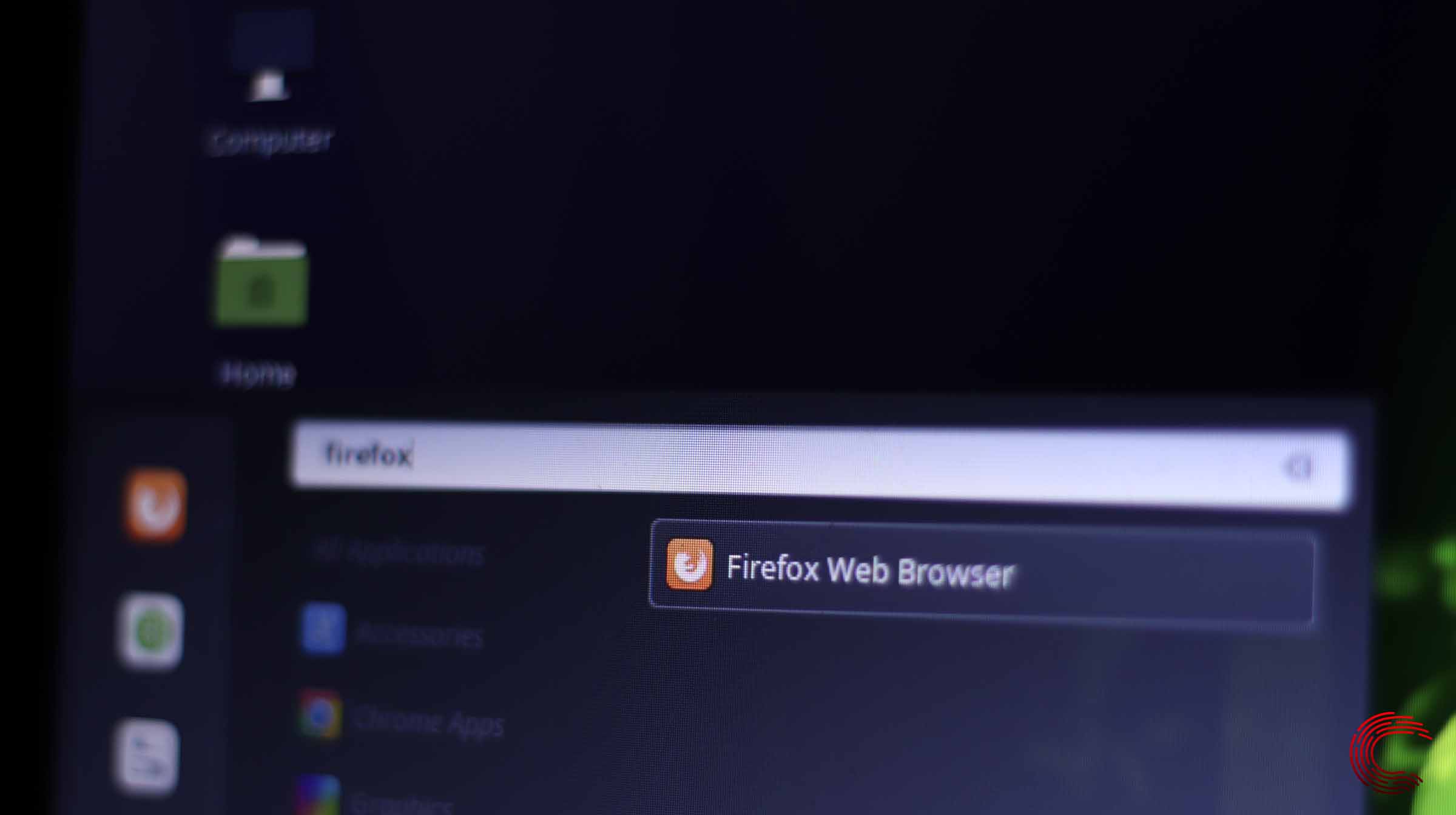 Firefox is rising in popularity quickly, thanks to security concerns regarding its main competitor, Google Chrome. Mozilla’s Firefox offers a slew of features that make it an absolute delight to work with and does it while protecting your data. If you’re on Linux, you already have some idea about data security and privacy so why not take it to the next level with the help of a secure browser as well.

Now Firefox is the default browser on most Linux distros. However if it isn’t already installed on yours, here’s how you can install Firefox on Linux.

How to install Firefox on Linux?

Now before we get into the installation steps, there are two ways you can install firefox

While the package manager method has the advantage of being extremely simple, and it ensures that get all the required libraries as well, it has certain downsides. For one, it might not give you the latest version of Firefox. It may even give you a version without the Firefox branding.

You can get Mozilla FireFox here 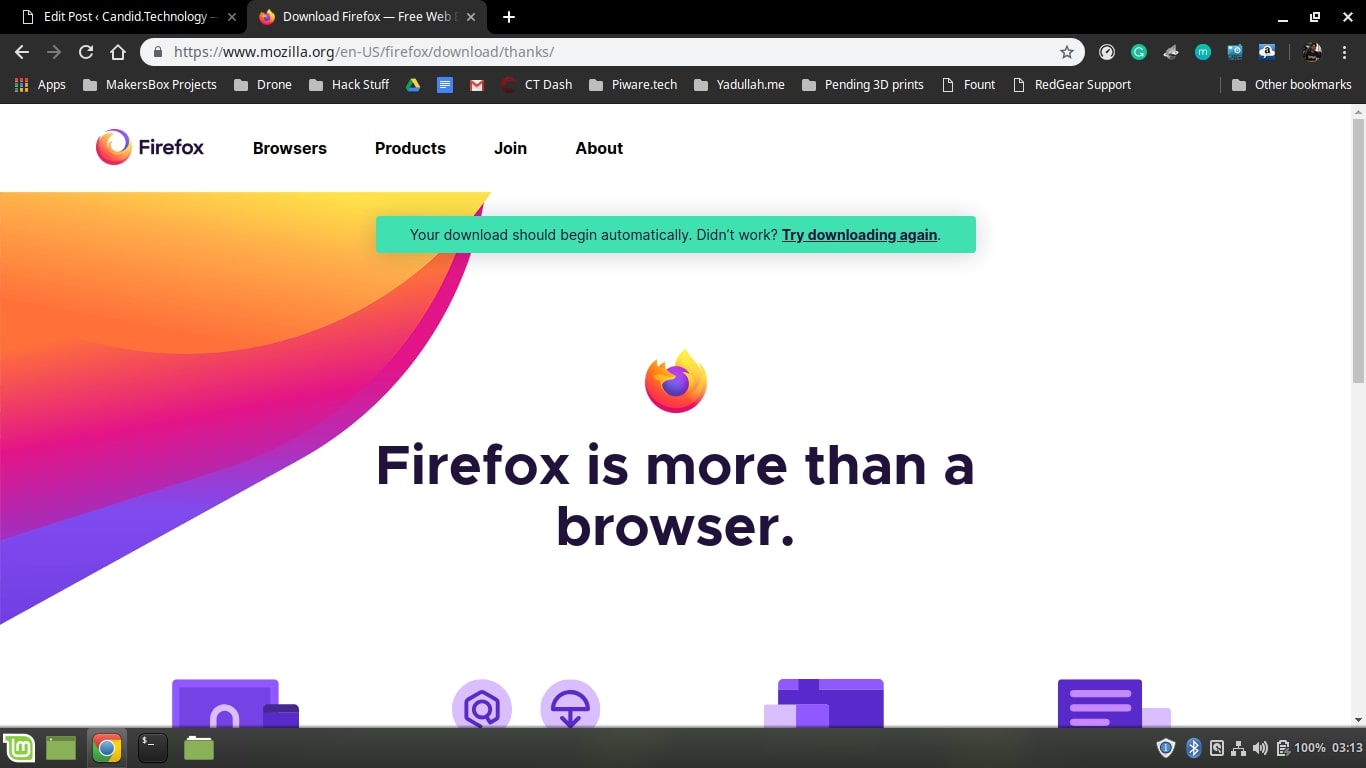 Step 2: Fire up a terminal and head over to the directory where the download file is located. 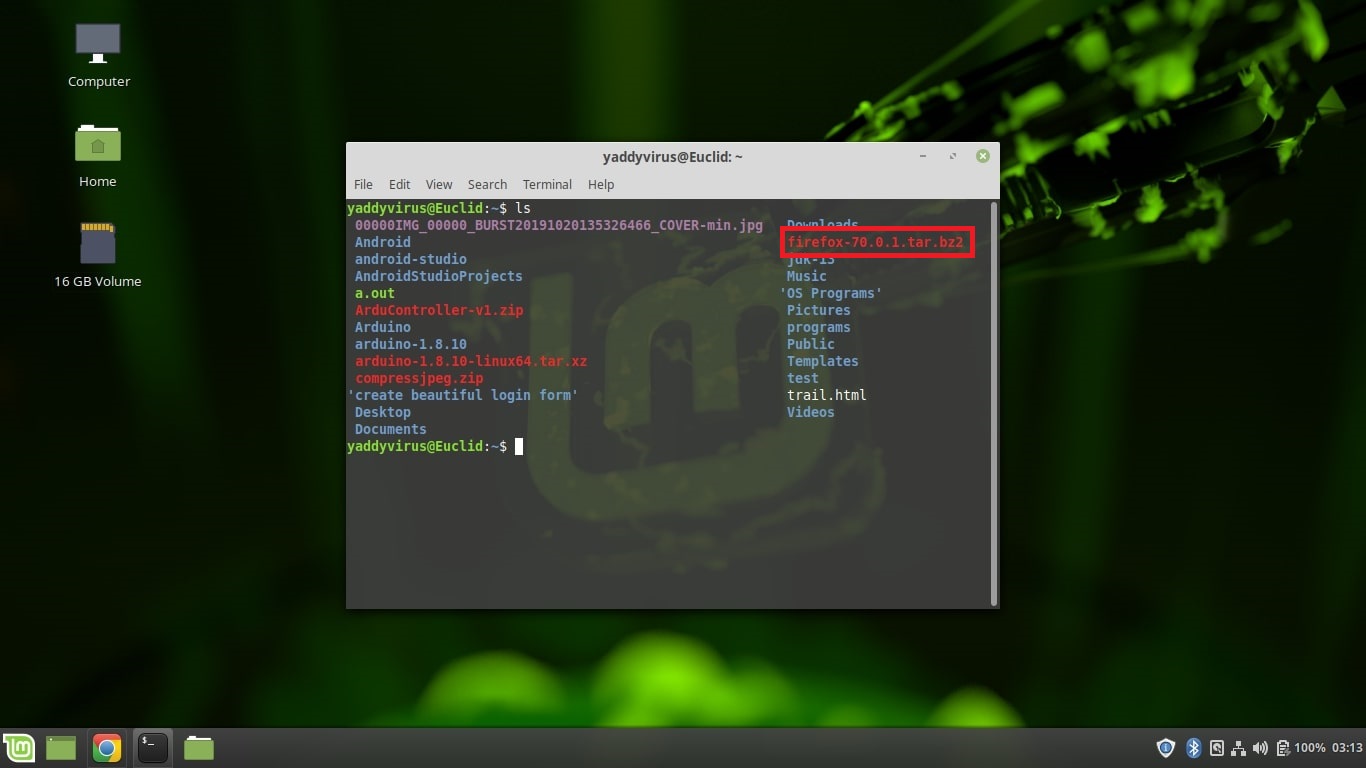 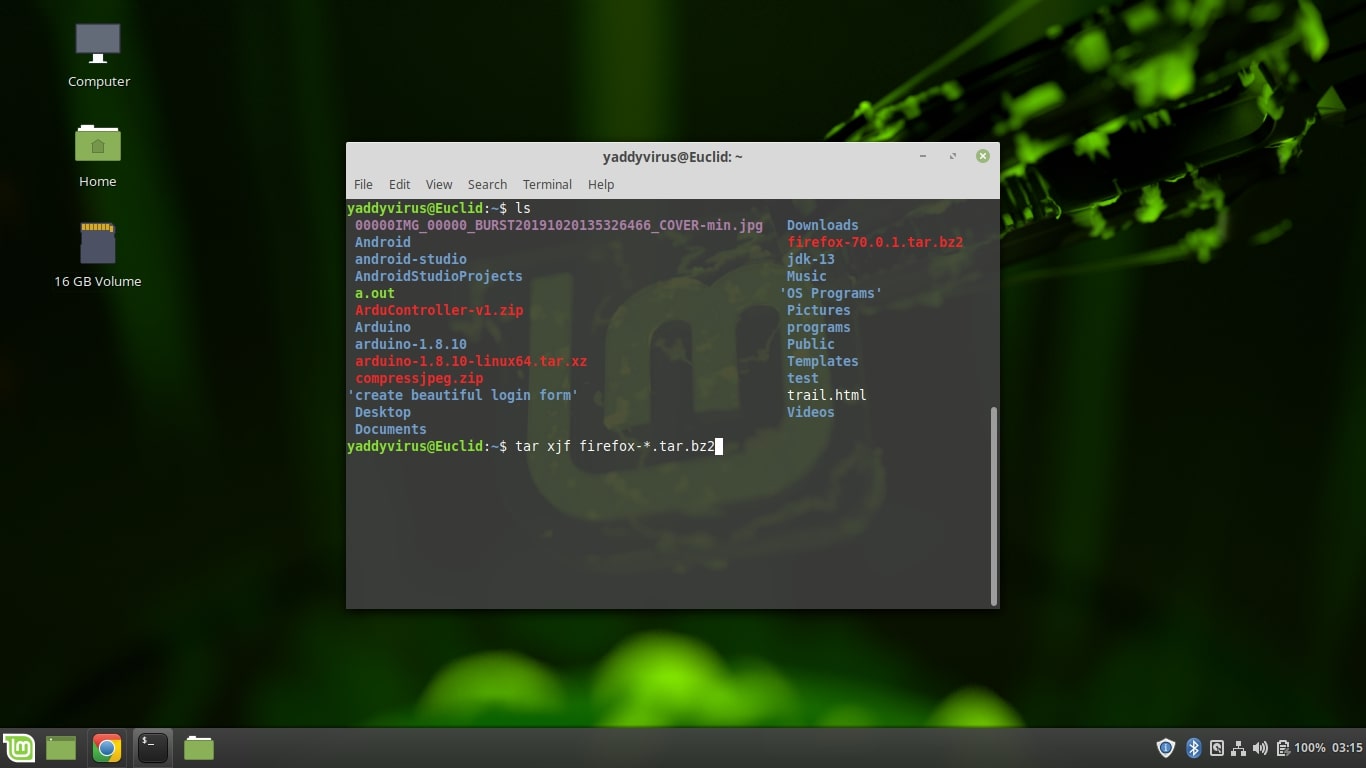 Close Firefox if it opens up.

Step 4: That’s it. You can now launch the browser by simply running the firefox script in the firefox folder 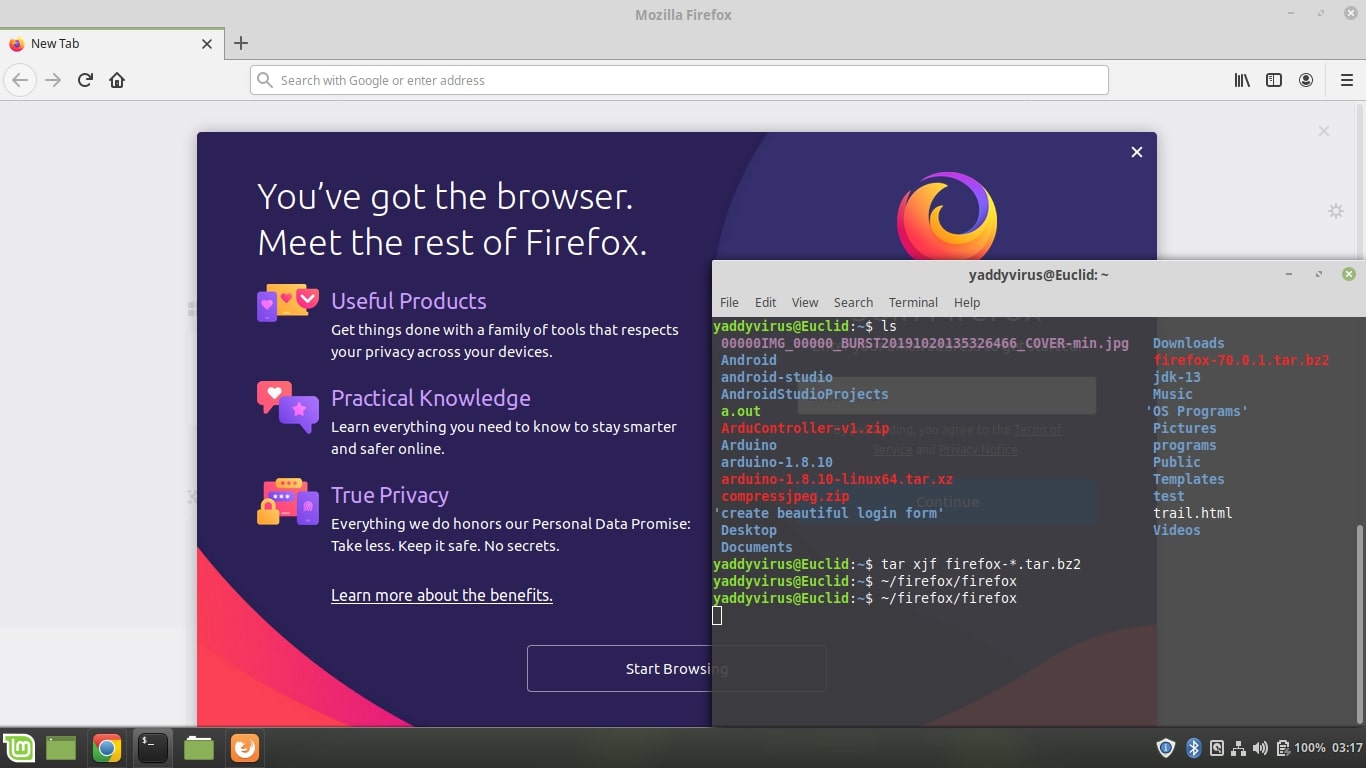 From here on, you can go ahead and create a desktop icon if you desire. Note that you’ll have to run the firefox script every time you want to launch the browser. If you type in the command firefox, it’ll either launch the package manager installed version or report that firefox isn’t installed at all.