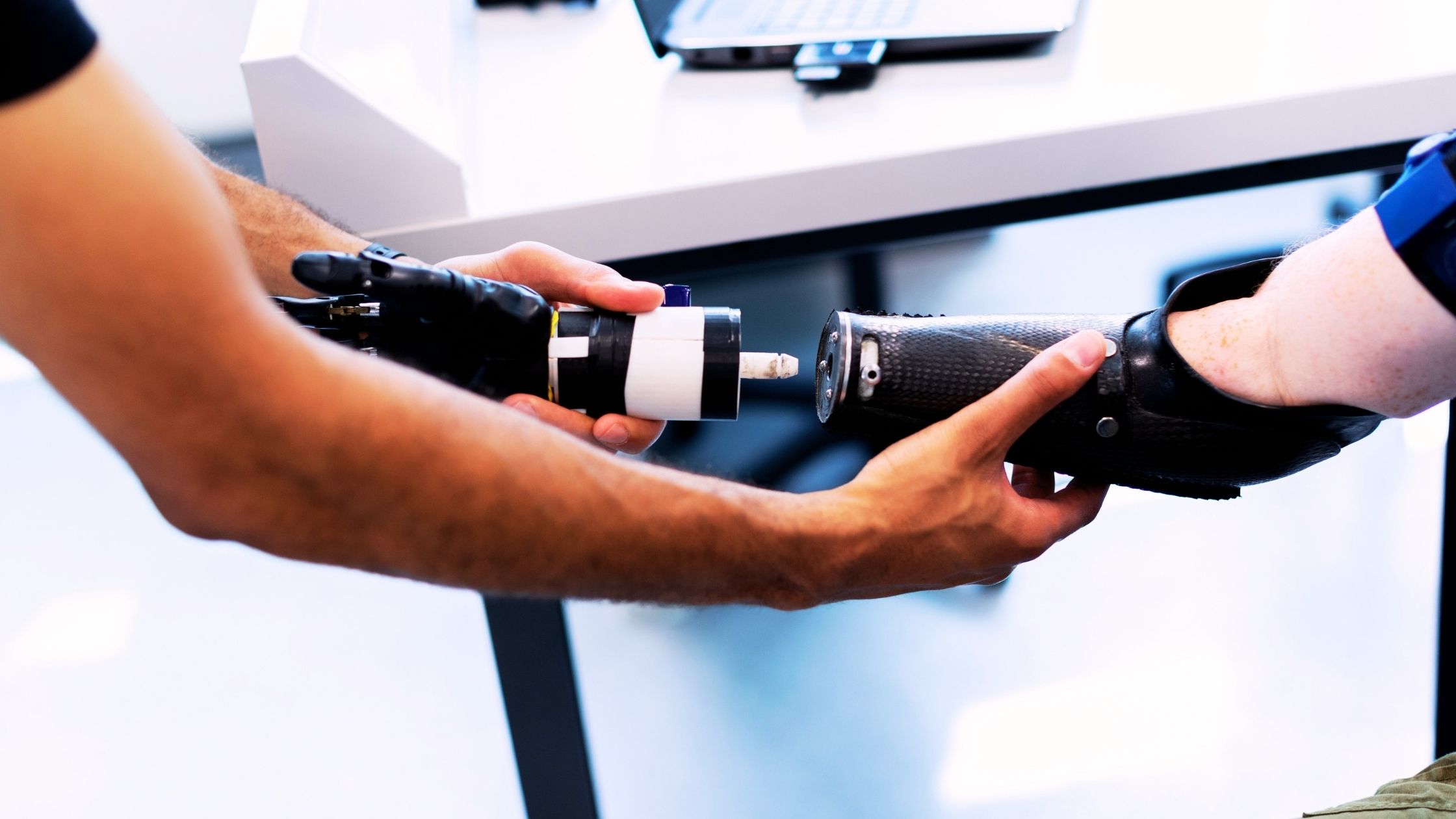 Humans are arguably some of the intelligent beings on the planet. One of the vital aspects of the race’s evolution has always been the quest to reach the pinnacle of human excellence.

While we’ve boasted about greats like Albert Einstein and Stephen Hawking, among others, the question remains: Is there a way that human intelligence can be further enhanced? The answer is yes.

Augmentation essentially is the process of making or becoming better or bigger. So literally talking, Human Augmentation’s meaning would be making humans bigger and better, which doesn’t make too much sense; so what’s the tech all about?

What is Human Augmentation?

Human Augmentation aims to boost human productivity and enhances or restore the capabilities of our body and mind. A typical example of an improvement in humans due to human augmentation is limb prosthetics to replace a missing arm or leg. Gartner mentioned the tech in their top 10 list for strategic technology trends for 2020.

Human Augmentation is built on multiple technologies like Augmented Reality (AR), Virtual Reality (VR), ubiquitous computing and others. In AR and VR, the machine or the environment is the main element of the system. While in Human Augmentation, human action is the main functioning element around which the model is designed. Human activities are supported by different augmentation techniques, including sight, touch, smell and other sensory processing of the world around them. Human Augmentation is primarily achieved through sensory and actuation technologies and an infusion of information and Artificial Intelligence (AI) methods.

While Human Enhancement, Human Augmentation and Humanoids might seem the same, they are not interchangeable terms and have very different meanings altogether.

Human Enhancement is defined as an attempt to temporarily or permanently overcome the current limitations of the human body by natural or artificial methods. It covers solutions that generally require surgical operations or chemical stimulants. But these do not have human-technology interaction, unlike in Human Augmentation, where there is direct interaction.

Humanoid, on the other hand, is a non-human being, but with human form and characteristics. It is a type of robot that looks like a human and can perform specific tasks like humans but is not human.

Augmented senses are defined as improved or extended senses achieved by portraying the already available information of the world around them. This includes augmented taste, hearing, vision, sensation, and smell. They aim to use different methods to reinstate sensory disabilities, primarily visual and auditory, or expand the capabilities of existing senses.

In the case of impairments, the sensory signals are increased or provided through healthy senses. Implemented examples of this include Haptic actuators, a mechanical device to describe surroundings to a person with visual impairment. Augmented reality (AR) interfaces can enhance information, hence improving the human perception of reality.

To expand existing capabilities, the human senses are improved using additional sensors. For example, light sensors or tiny cameras can give humans night vision and go much beyond the human vision wavelength.

Augmented action includes motor augmentation, speech input, remote presence, amplified movement and force, and many more. It is done by sensing human actions and then implementing them as physical actions as per requirements.

Earlier, prosthetic limbs could be used to restore a few limb capabilities, but with technological advancements, it has taken a giant leap. For example, Paralysed personals can now walk on robotic feet using exoskeletons instead of just being limited to basic motor and sensory limits.

This technology can also help humans with tasks that require human intelligence but are physically tricky, like handling goods and lifting heavy items. Exoskeletons can be made as separate entities and can then be used in remote locations. The human and exoskeleton interface can be made more fool-proof using the technology of Virtual Reality (VR), where the human can see the surroundings from the eyes of the exoskeleton.

Augmented cognition is an improved state of mental process to gain knowledge. It is achieved by detecting the physiological and neurophysiological sensing of the user’s cognitive or mental state, using different analytical tools to interpret it, and adapting the computer’s response to match the current and predictive needs of the user.

Human Augmentation has been in the market for a while now and has also seen multiple successful implemented models.

There are many more applications being developed now, and work is being done upon these models with scope for improvement.

Also read: What is the Internet of Behaviour (IoB)? How does it differ from IoT?

Every new technology comes with different issues that have to be faced at individual and social levels. Human Augmentation is still a slightly new concept, and while it is helping many individuals with impairments, disabilities and enhancement, it has its drawbacks.

One of the most common issues that come with every new emerging technology is Privacy. Building Human Augmentation technologies requires large amounts of user data, advertisements, promoting interest, and schemes. While it is a growing technology, it can be invasive too.

Augmented Cognition, for instance, directly mind-maps the information from the brain. When this data is used for regulation and training of the model, privacy becomes an issue. All your memory, information, thoughts, audio and video material, everything becomes accessible. In the other augmentations, sensors collect a lot of data used for training and can cause privacy invasion.

Social manipulation is another issue that may be faced. It can become difficult to differentiate between actual and fake events, which makes manipulation difficult to notice. The human-computer interface and simulators can also be manipulated. AR, VR and AI are very commonly used technologies, and while these are extremely important, they can also be used to fabricate incorrect auditory and visual information.

Human Augmentation may lead to side effects. Neurological implants and chemical simulants can harm and affect the person in unknown ways and again lead to manipulation.

Another issue faced at the individual level is accessibility. Cost is one of the reasons augmented devices are not accessible to everyone. The group of people benefitting from Human Augmentation is diverse, and maintaining equality in society sometimes becomes challenging.

One of the societal issues faced, as mentioned above, is social manipulation. Another issue being faced currently is unemployment from labour jobs. The AI technology, along with sensors and bots, has already taken over a couple of human labour jobs, and the technology of Augmented actions can take away a few more. Also, by social manipulation, exoskeletons could be transformed into something potentially dangerous.

Since the tech is in its infancy, the challenges are numerous and regulations as well as more research and development in the field can help mitigate some issues, if not all. International laws and guidelines ensure equality, safety, and privacy and deal with other ethical issues. The computer-human interfaces are trying to be made safer and more fool-proof as well.

Human Augmentation has come a long way, from its establishment to now being a top technology. The future holds a prospect of Wearable Augmentation, which will aim to augment senses, actions and cognition via wearable gadgets. It will directly enhance the abilities of a human, contrary to using a separate interface that can cause manipulation at multiple levels.

Wearable Augmentation would include sensing technologies to detect the environment with multiple sensors and even cameras. It will support memory, perception and attention using lighter yet more effective models. The human activities will be recognised using different techniques like speech recognition and eye-tracking, along with personalised AI support for different tasks.

Also read: What is the difference between a Microprocessor and Microcontroller?