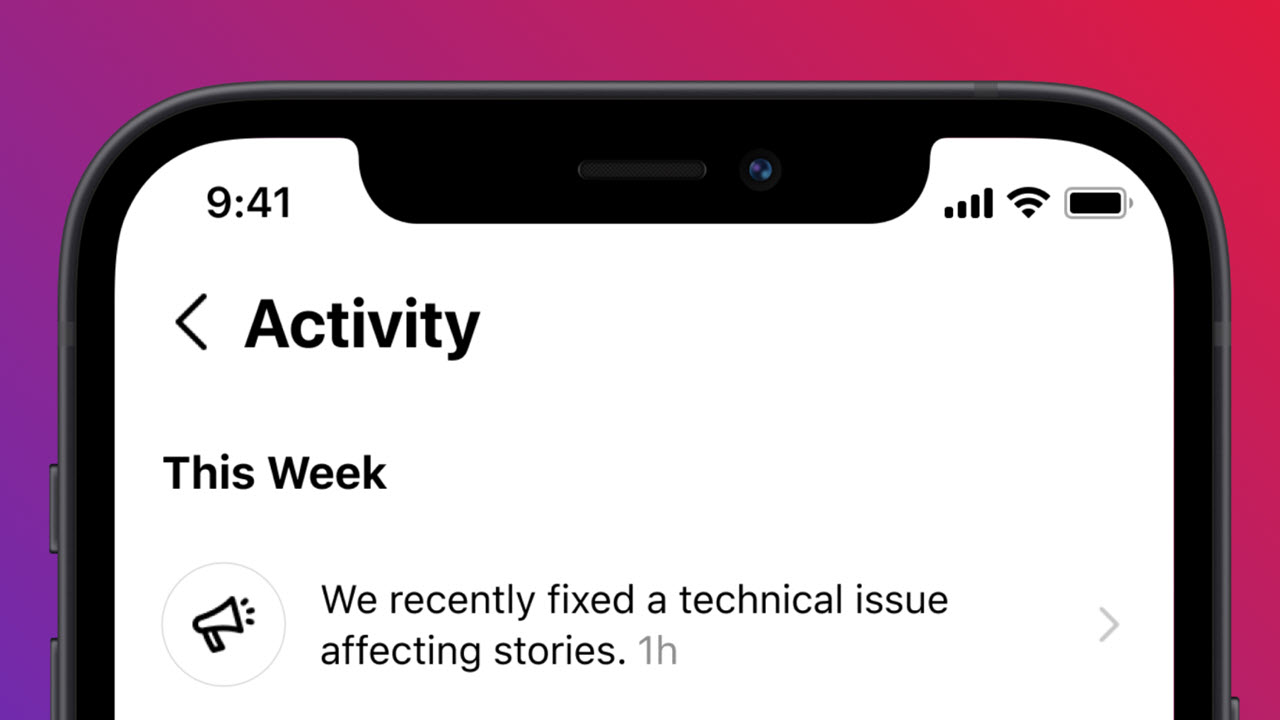 Instagram is testing a new feature to directly notify people about service outages or technical issues using the in-app Activity Feed section. The company is also working on a new tool called ‘Account Status’ to inform people when their account is at risk of being disabled.

Instagram is testing the outage notification feature in USA. It’ll inform people via notifications in their Activity Feed if a service outage or a technical issue is causing a feature to return an error. The test will run for a few months before the feature rolls out more widely.

The social network won’t send a notification every time there is a service outage but plans to push one every time there’s confusion around an outage or a technical bug, causing some app features to malfunction temporarily.

The recent service outage across Facebook-owned social networks, including Instagram and Whatsapp, caused panic with people flocking to other social networks and messaging apps. The outage was a cause of concern for the Facebook hierarchy as not only did they lose advertisement money during the outage, they also saw their competitors gain an edge, if only momentarily.

“We know how confusing it can be when temporary issues happen on Instagram. When they impact engagement or distribution, we also know that it can lead people to think that the problems are unique to them, based on what they post. That lack of clarity can be frustrating, which is why we want it to be easier to understand what’s going on, directly from us,” Instagram announced on Monday.

The tool will initially offer insight to people whose accounts might be at risk of being disabled. People will also see the ‘Request a Review’ button in the tool that can be used to dispute wrongful actions against their accounts.

In the News: Twitter web users can now remove followers without blocking them