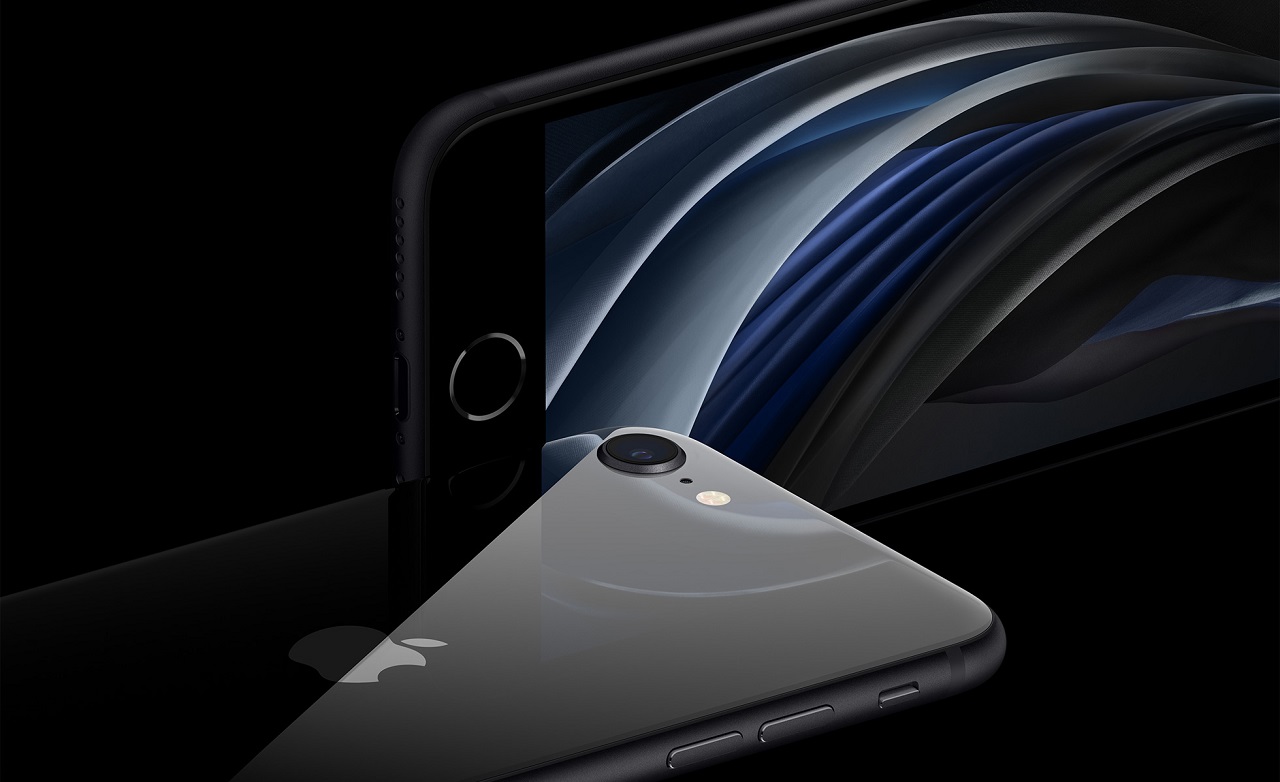 On Wednesday, Apple unveiled the second-generation iPhone SE, which is a successor to the device known for its budget-centric pricing and powerful hardware amongst Apple’s lineup of smartphones. The reprised version of the iPhone SE will start selling at $399 for 64GB of storage with preorders beginning from April 17 and general availability in Apple Stores, and Apple Authorised Resellers from the April 24.

But since the stores are closed due to the COVID-19 pandemic, the only way to get your hands on the device is to order them online. The Indian retail prices start from INR 42,500, although there are no details about availability.

The most noticeable difference between the two generations is the way they look. The SE had the iPhone 5S written all over it whereas the SE 2 shares its design with the iPhone 8, which — alongwith the 8 Plus — will be reportedly discontinued following this release. 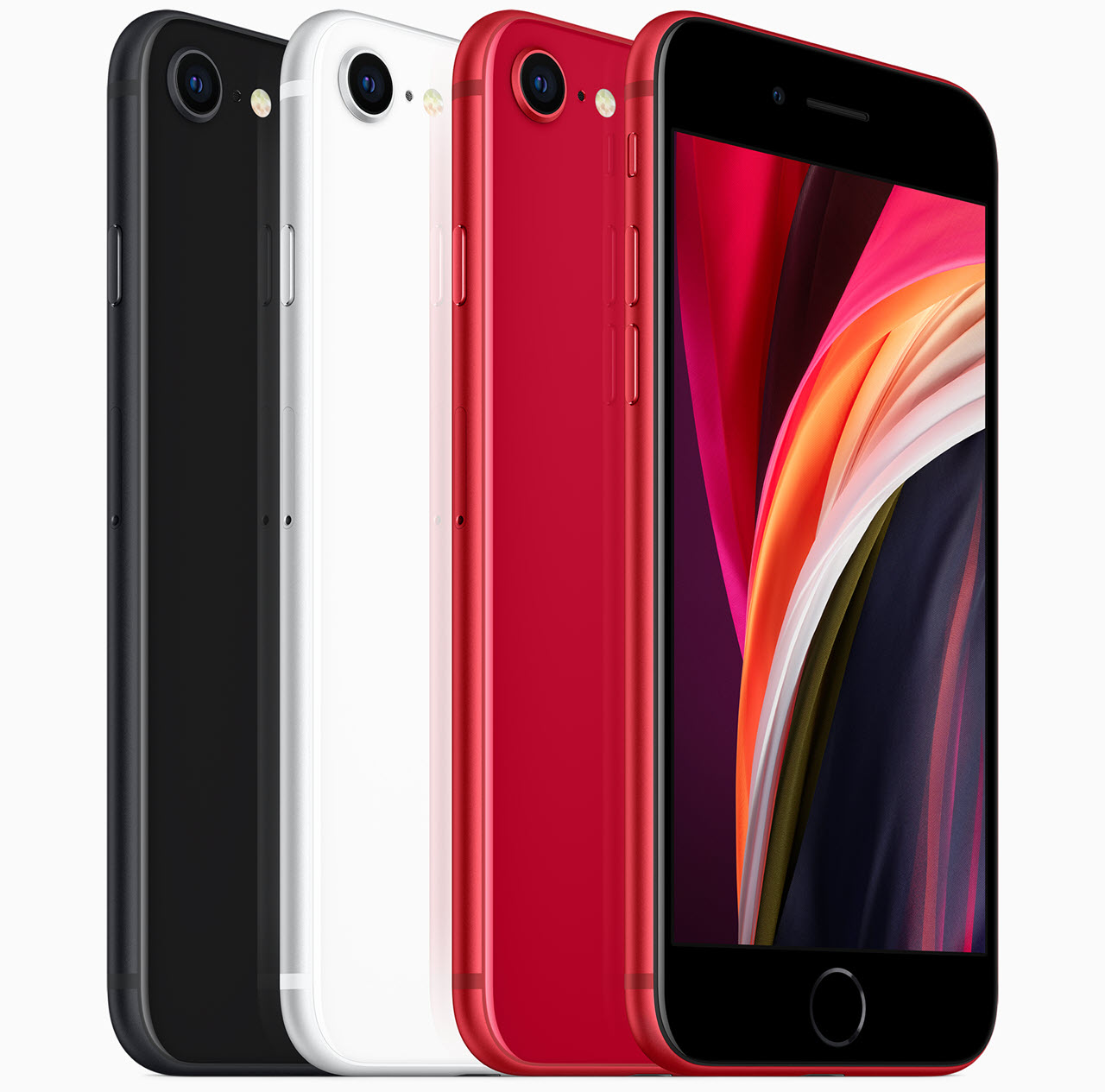 The first generation, with its 4-inch screen, was available in four different metallic finishes, Space Grey, Silver, Gold and Rose Gold. The new SE 2, on the other hand, will be available in three colours, White, Black and Red.

As mentioned earlier, its design is heavily based on the 4.7-inch iPhone 8, with the only noticeable change being the repositioned Apple logo.

An improvement that the newer design does bring is an IP67 rating, which allows the SE 2 to be submerged in water, up to a depth of one meter for 30 minutes.

IP ratings were first made available on iPhones in September 2016, with the release of the iPhone 7.

Also read: What is the difference between Waterproof and Water-Resistant?

While the SE 2 introduces a lot of changes in respect to the SE, most of these are due to repurposed hardware — similar to how it was back in 2016.

The SE 2 features a 4.7-inch Retina display, borrowed from the iPhone 8. It includes Apple’s True Tone technology, but 3D Touch support is dropped in favour of Haptic Touch, first introduced with the XR. It can also playback HDR10 and Dolby Vision content. The SE had none of these bells and whistles and offered a simple 4-inch Retina display.

While the SE was only capable of wired charging, the SE 2 adds wireless charging to the mix. Another improvement with this generation is the added support for fast charging. This allows the device to be charged up to 50% in 30 minutes with an 18W power adapter, which in Apple-fashion is sold separately.

As has been the trend since the iPhone 7, the SE 2 does not feature a headphone jack. While this was present on the SE, what it did not offer were stereo speakers and stereo microphones. Hence, improved listening and recording experience can be expected. 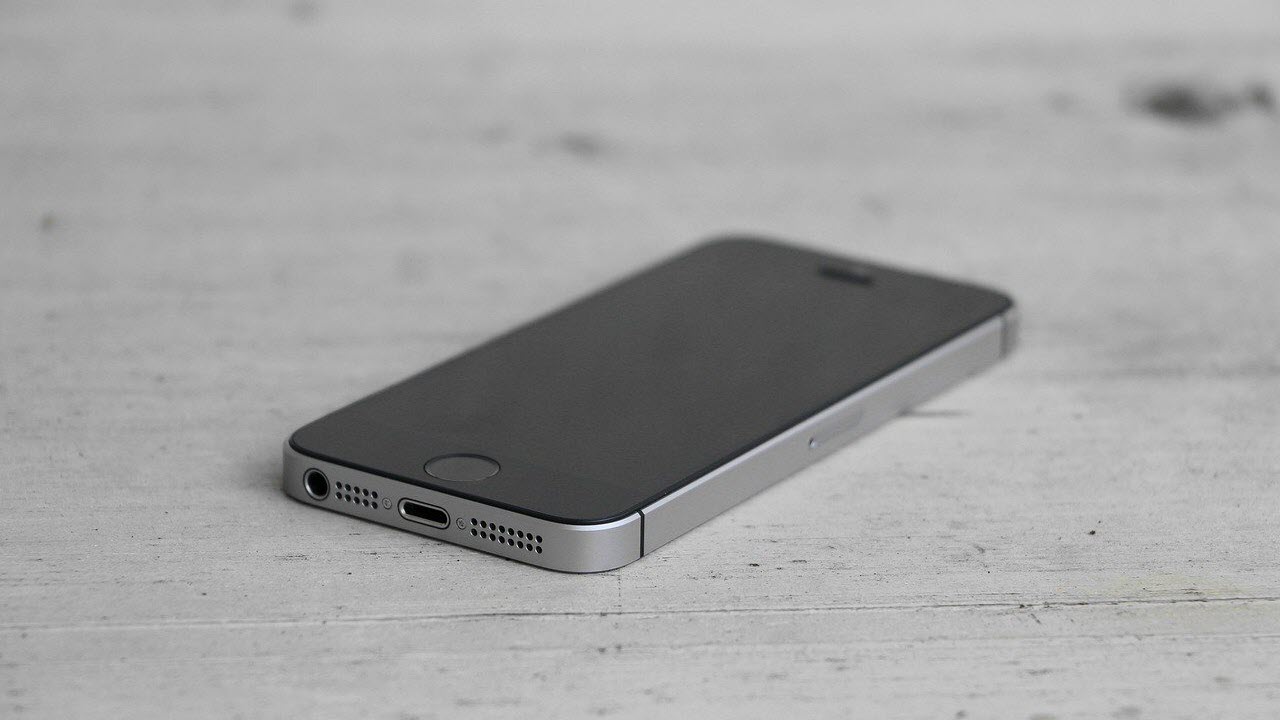 The 1st-gen iPhone SE borrowed its design from iPhone 5s

With the time that has passed since the SE was announced, several advancements have been made in mobile processing. These can be seen when the Geekbench scores for the A9 and the A13 Bionic are compared.

Note: These percentages were calculated by comparing the numbers received from the A9 in the SE and the A13 in the iPhone 11.

The SE 2 also brings Gigabit-class LTE and WiFi 6 to the budget market.

The SE 2 features a camera system similar to the one found in the iPhone XR; it includes a 12MP Wide sensor with an f/1.8 aperture on the back alongwith OIS. The front camera also borrows from the XR and iPhone 8 with a 7MP sensor. 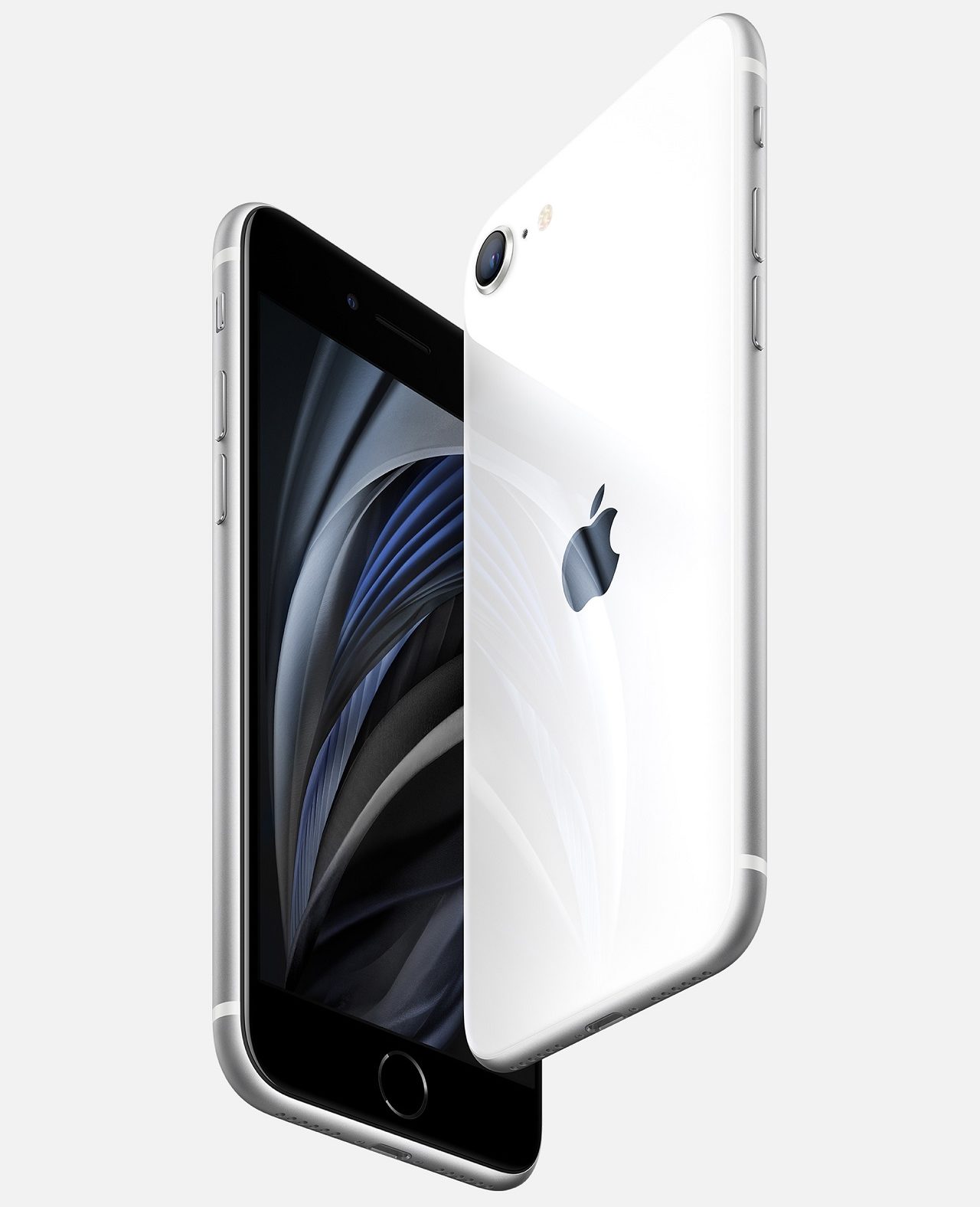 Most of the advancements being made with this phone are facilitated by the A13 Bionic rather than the hardware. The new device can now take single-lens portrait shots, make use of Apple’s new Smart HDR feature based on semantic rendering and record 4K video at 60fps or record video with extended dynamic range.

The QuickTake feature, first showcased with the iPhone 11 series, is also available for consumers to utilise.

How does it compare to the iPhone 8 Series? 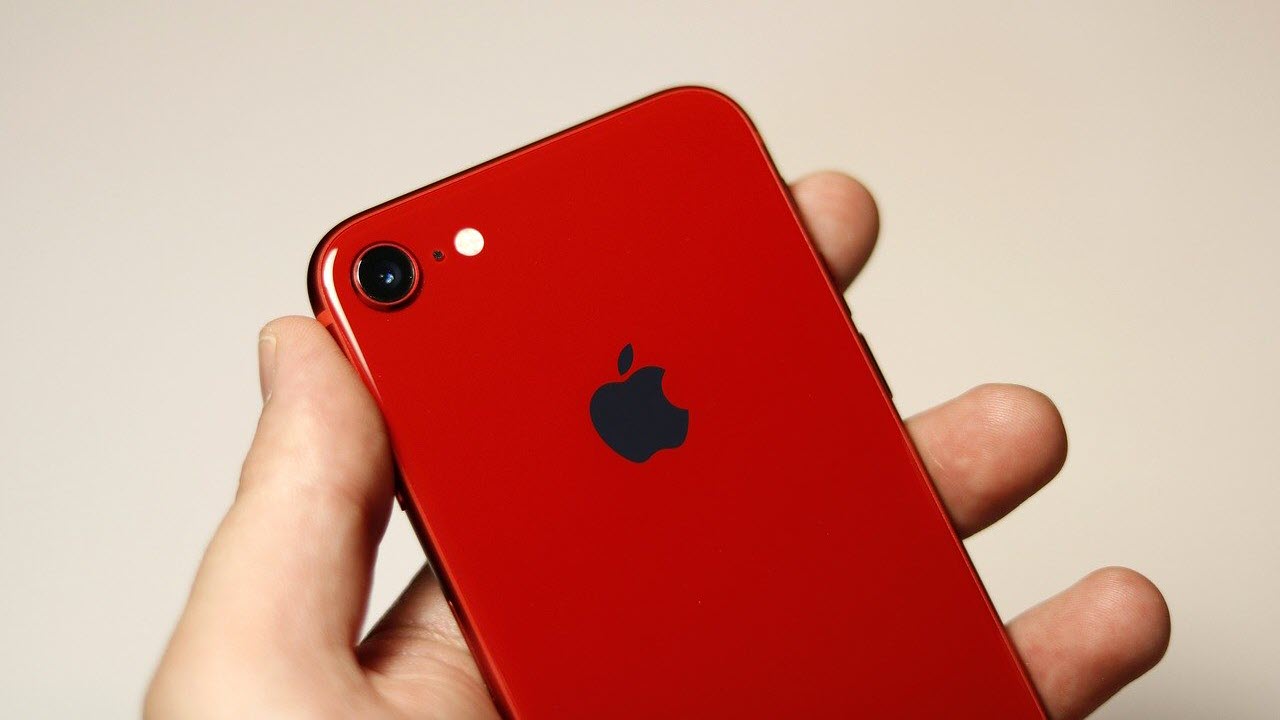 As mentioned earlier, the new iPhone SE 2 replaces the iPhone 8 Series in Apple’s lineup of smartphones. The iPhone 8 devices, while still popular, had become irrelevant because of their two-year-old specifications and devices like the XR — which is the more popular choice than the 8 Plus owing to its fresher design scheme.

The SE 2 offers a feature-set that is the best of both worlds, and at the same time, it also makes Apple’s line up a lot more clear. Consumers who preferred the iPhone 8’s look but wanted to have the latest specifications now have the perfect device to purchase at a price lower than what the iPhone 8 cost (when bought directly from Apple, the iPhone 8 retailed for $449).

While not a direct replacement for the Plus model, the SE 2 does bring portrait mode to a smaller form factor — the only significant feature that the 8 Plus had over the iPhone 8, apart from the display size. For those of you, who still want a larger device, Apple’s other smartphones like the XR or the 11 may be worth checking out.