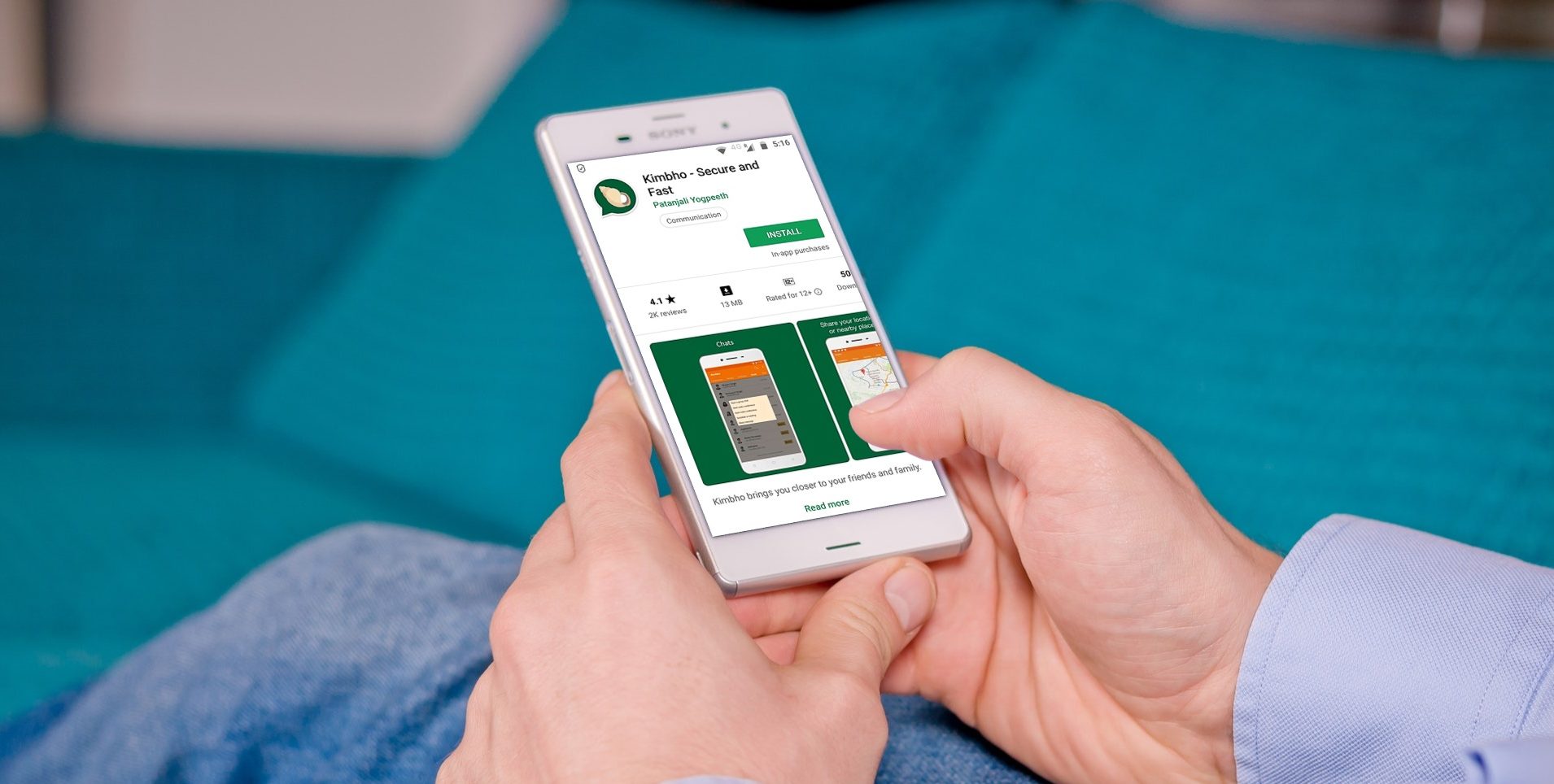 The ‘swadeshi messaging’ Kimbho application by Baba Ramdev’s Patanjali, which was first launched on May 30, 2018, was supposed to be officially announced on Monday but that has been postponed until further notice.

The app is already available for both iOS and Android. With the kind of features that the Kimbho app brings to the users, it can be used as a tool for messages to personal contacts as well as team chat for your business.

It lets you chat, voice and video call, send multimedia, video conference and has a suit of other features. Kimbho can also be used on the web via a Chrome or Firefox client.

Another project by Patanjali, Bolo Messenger, was launched earlier this week in competition with the likes of WhatsApp as it supports chatting via text and on video too. 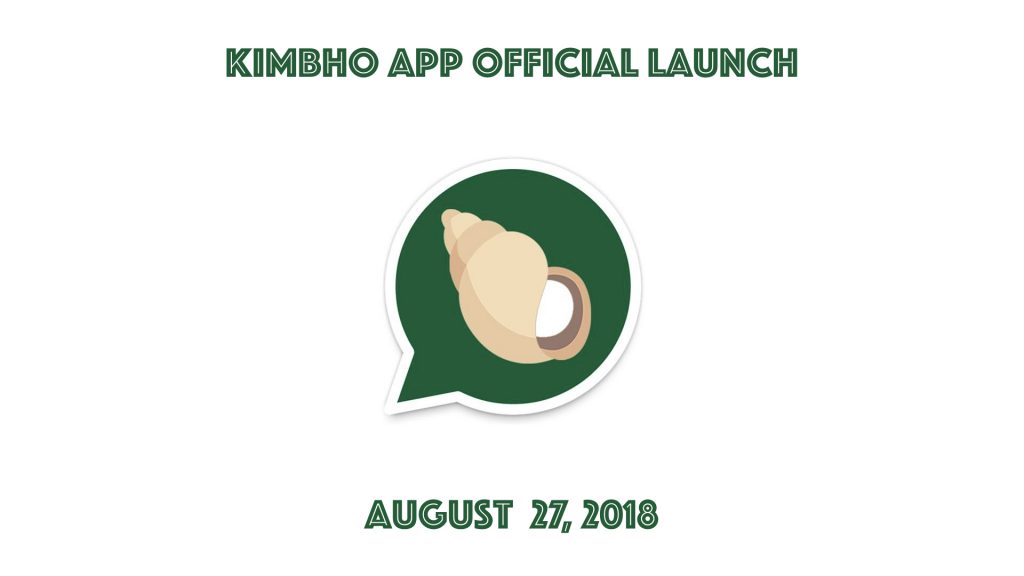 The Kimbho app, as well as the recently launched Bolo Messenger app, ask for a tonne of permissions, which might seem a little too much for those who like their privacy on the internet.

While both of these apps serve the same purpose as WhatsApp, Telegram and the likes do, it might make some waves under the garb of a ‘swadeshi messaging’ app. But, it’s unlikely that the app will be more successful than the Facebook-owned WhatsApp, which has an estimated 1.5 billion monthly users.

At the time of writing this report, Kimbho app has garnered north of 50,000 downloads and Bolo messenger more than 100,000 on Android. 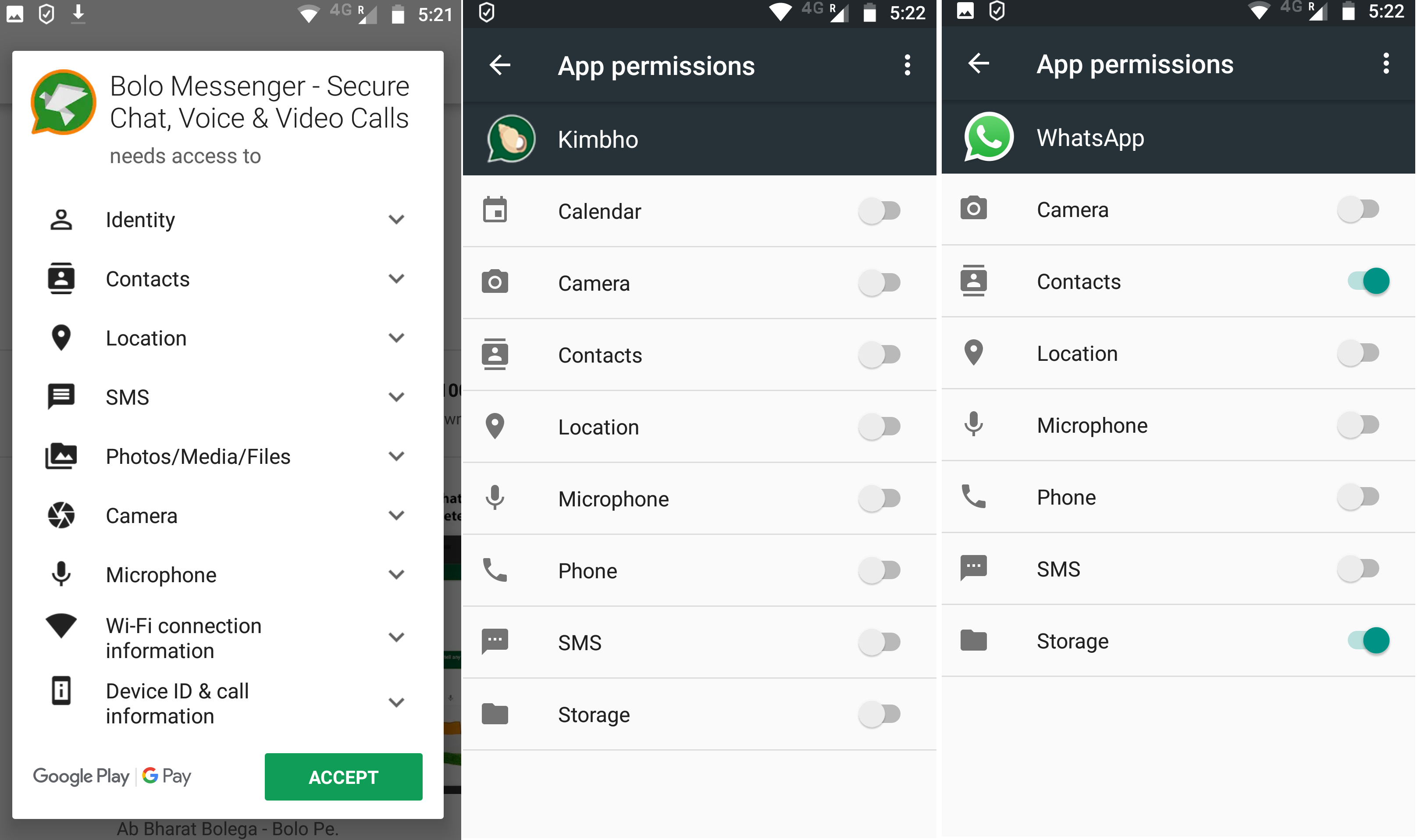 Permissions required by the Kimbho app:

While these permissions are optional for users, but for the app to work to its full potential, users will need to grant these to the app.

With the camera and microphone permission in mind, the app’s Far-end camera control feature might seem shady to some. 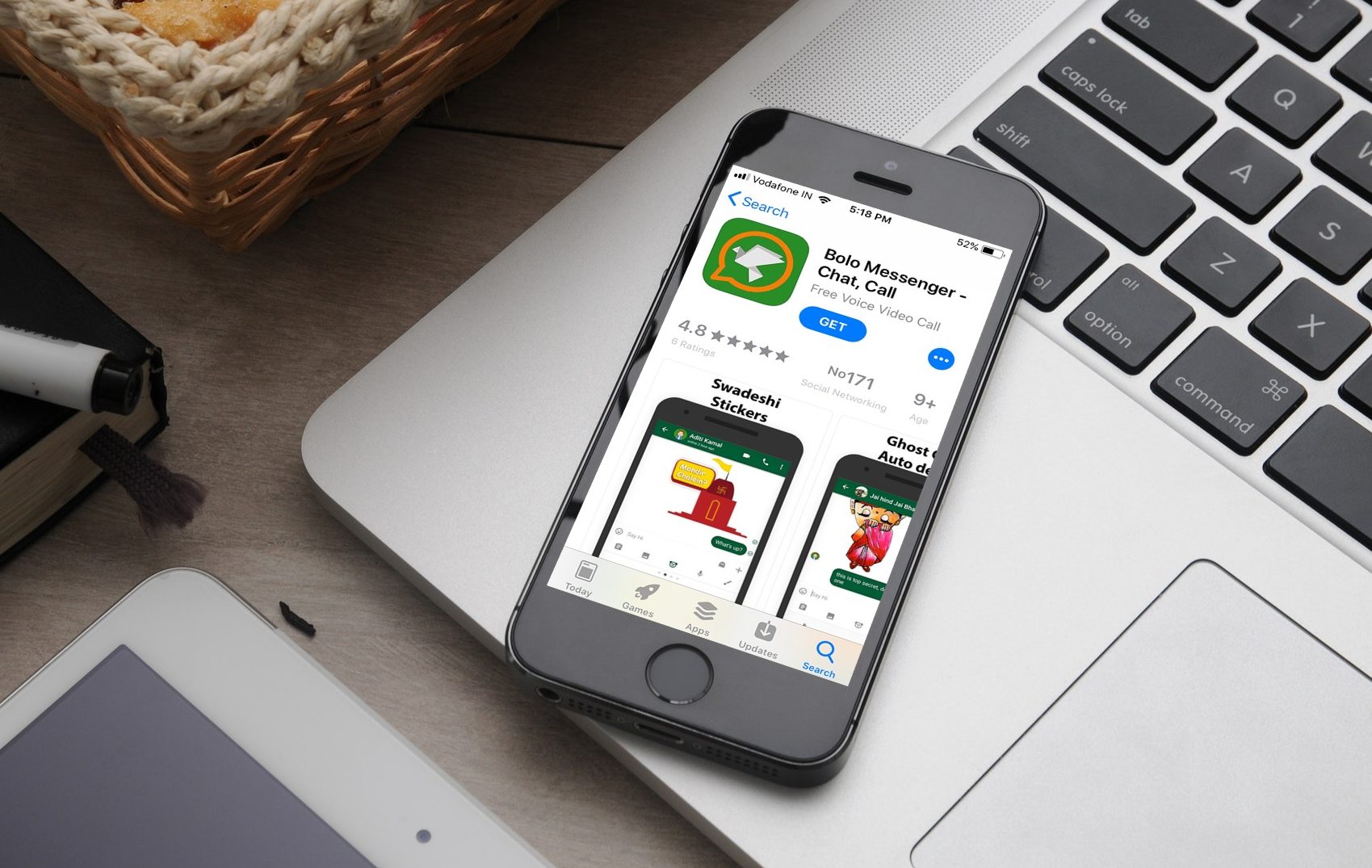 Permissions required by the Bolo messenger:

Related read: How to turn off location access for a specific app on iPhone and Android

According to the following screenshot from the Kimbho website, the app was launched on May 30, 2018

But then Kimbho was supposed to be officially announced on August 27, 2018

This was after it was once discontinued from the Google Play store in June 2018. 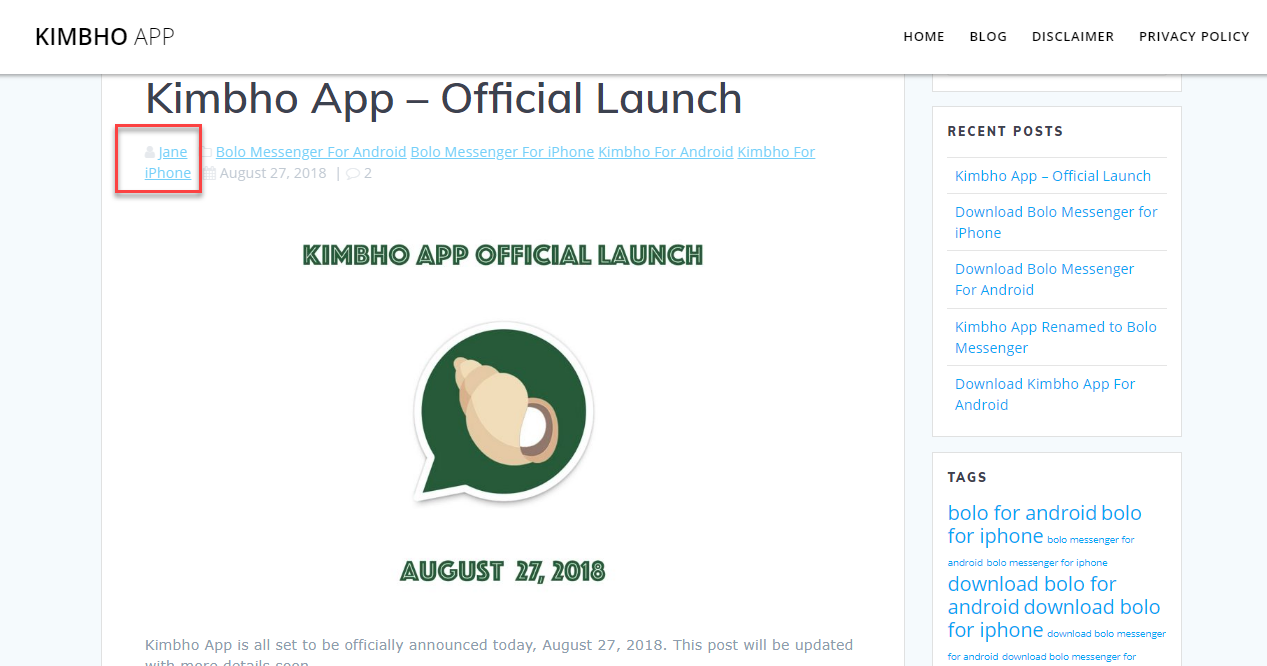 And according to the author of the Kimbho’s blog post, it wasn’t official in the beginning. Confusing much?

Translates to: Kimbho app was already launched, this is just an official announcement.

The app has been available on the Google Play Store and Apple’s App Store for a while and has a combined 150,000-plus installs with the Bolo messenger.

Since the apps have already been available for the public on the respective app stores, an ‘official announcement’ coming almost three months after the launch seems a bit odd.

Skeptics are of the view that this app will only make it easier for the government to identify and crack down on those who dissent as has been the case with WhatsApp in the recent past.

We appreciate your excitement over official launch of @KimbhoApp we inform you that trials, review & upgradation is in process to make #किम्भो #Kimbho most safe, convenient & secure #Swadeshi app of your first choice. We will announce new date of official launch asap @ANI pic.twitter.com/hBO0A5tzOU

Read more: How to stop Facebook from collecting data via data brokers