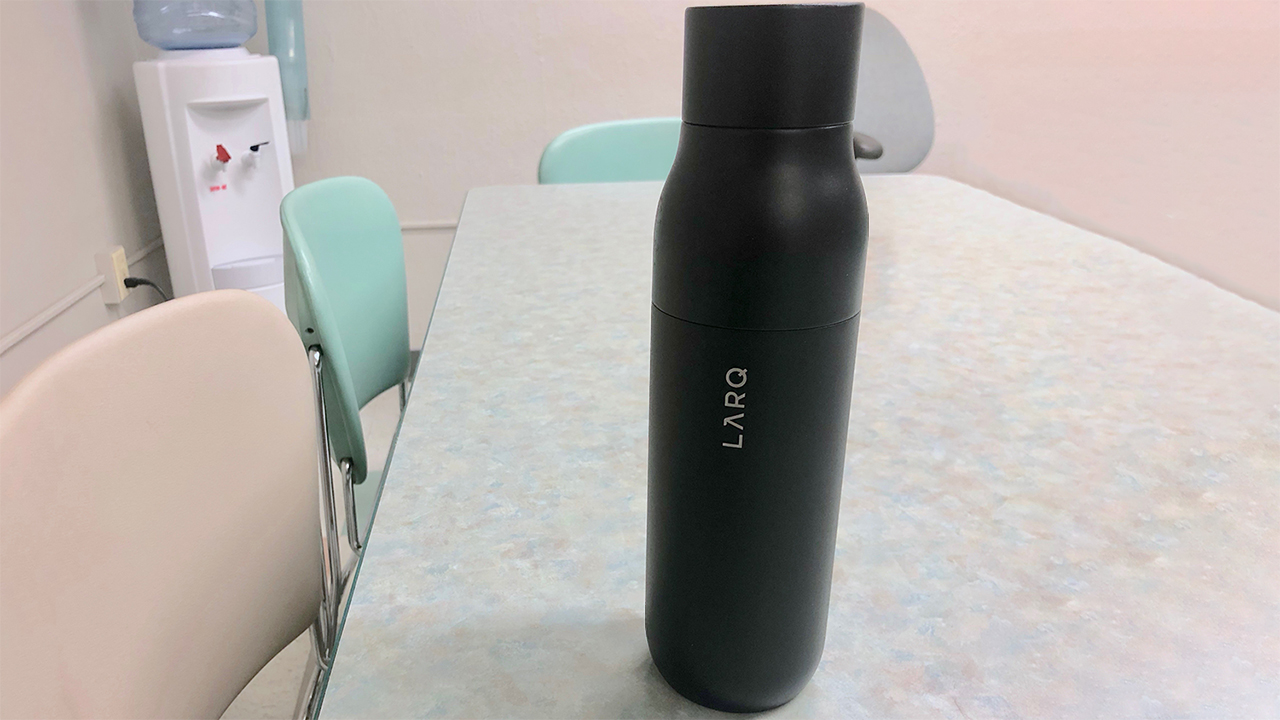 It’s amazing how over the past decade or so technology has really made its way into what was once simple average household items. Take the water bottle for instance. Once upon a time, it held water… and that was it. Now, over 12,000 backers and $1.3 million in pledges later, Kickstarter birthed the world’s first self-cleaning water bottle: Larq.

The Larq bottle works by using a UV-C light that’s built into the twist-off cap. This ultraviolet light is the same type medical professionals use to sanitise hospitals.

The light shines into the water and breaks apart the DNA of germs and bacteria, up to 99.9999% according to Larq. Either press the button on the cap each time you refill for a full 60-second cleaning or let the bottle do its own thing every two hours.

While I wasn’t an original backer on Kickstarter, I did end up purchasing one in fall 2018, so I’ve had mine for a few months. I’m pretty consistent with keeping up my water intake throughout the day, but at the same time, I’m a lazy person who doesn’t like to clean the bottle continually, so Larq seemed like the answer to all my problems.

So far, I’m really enjoying it, but not without some caveats.

The bottle’s design is slim and sleek. It’s made of stainless steel and double insulated to keep water cold or hot depending what you put in. I almost never use it for hot water, but I’ve been extremely impressed with how long my cold water stays that way. Larq says cold water stays chilled for up to 24 hours and hot water will stay warm for up to 12 hours, and I believe it.

The bottle holds 17 oz (500 ml), which means it’s not too big and not too small, though I do wish the Larq would come in a larger size option. Something like 20 or 24 oz would be perfect for me.

Tech aside, I’m not a huge fan of the cap on this bottle. It could have been made better for the price, which we’ll get to a bit later. It takes several twists to release from the bottle, and I would have preferred a single or half-turn to cut down on time. Also, mine often scrapes against the metal on the bottle when I’m twisting it back on. I spoke to a friend who bought Larq, and he has the same issue, even noticing that the paint is starting to chip where it’s scraping.

On top of the cap is a giant button that turns on the UV-C light to clean the bottle. When that goes on, a blue ring illuminates on the outside and gently pulses until the bottle is clean. Again, the cap disappoints here as well, since I would have greatly preferred a small indicator light over a giant, pretentious ring. When it turns on at intervals, I don’t like having to explain in meetings with coworkers why my seemingly innocent water bottle is lighting up.

If you’re catching an overall theme, it’s that the cap of the bottle needs a rethinking. The bottle itself is minimal, durable, and aesthetically pleasing, plus comes in several colours, but the function (outside of the tech) leaves something to be desired.

Also read: Keep Your Alcohol Levels in Check With BACtrack

As explained earlier, the bottle uses UV-C light to get rid of germs and bacteria in the bottle and your water. Put simply, you just about never have to clean the thing. According to the FAQ on Larq’s website, the light even reflects and reaches the neck where you drink it. Every so often though you might want to clean the outside lip quickly but everything else is covered.

If you’re wondering if the UV-C light can act as a standard water filter, it does not. That means the tech is not getting rid of heavy metals or fluoride like your Brita filter does. The ideal use case then would be to pour filtered water into your Larq bottle. That way, you’ve already gotten rid of metals and the like, and now Larq will take care of those pesky microbes.

I’m incapable of performing any scientific tests, but I can say that I absolutely love how consistently fresh water tastes out of the Larq bottle. The double insulation keeps it nice and cold all day long, but it also never develops an off or earthy taste. It tastes clean as can be without any odour, which I’m sure is to the credit of Larq’s UV-C technology.

Larq also features two cleaning modes: normal and adventure mode. Adventure mode includes a 3x dosage of UV-C light, according to Larq, which means it takes longer to clean but is more potent in doing so. Tapping once puts the bottle in normal, while a double-tap activates adventure mode.

All that said, the Larq bottle sells for US$95 and comes in Monaco Blue, Obsidian Black (mine, pictured), Seaside Mint, Granite White, and Himalayan Pink. At that price, it’s certainly a luxury product, but one that translates to almost never having to clean your water bottle again.

On that note, you’re free to put other liquids in the bottle like coffee or tea, but you’ll have to clean it manually especially if it’s anything sugary. Stick to just water to get your money’s worth.

Overall, I’m really enjoying the function of my Larq. I’m happy with how cold it keeps my water throughout the day, and it never loses that clean, freshly poured taste. I do have some gripes about the design, capacity, and lack of USB-C, but hopefully, Larq addresses those in a second iteration of the product.

The self-cleaning bottle is available for order exclusively through Larq’s website. 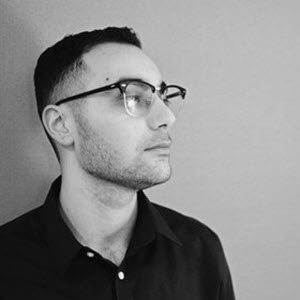