Lenovo’s Yoga Book 9i is an all-OLED, all-screen laptop 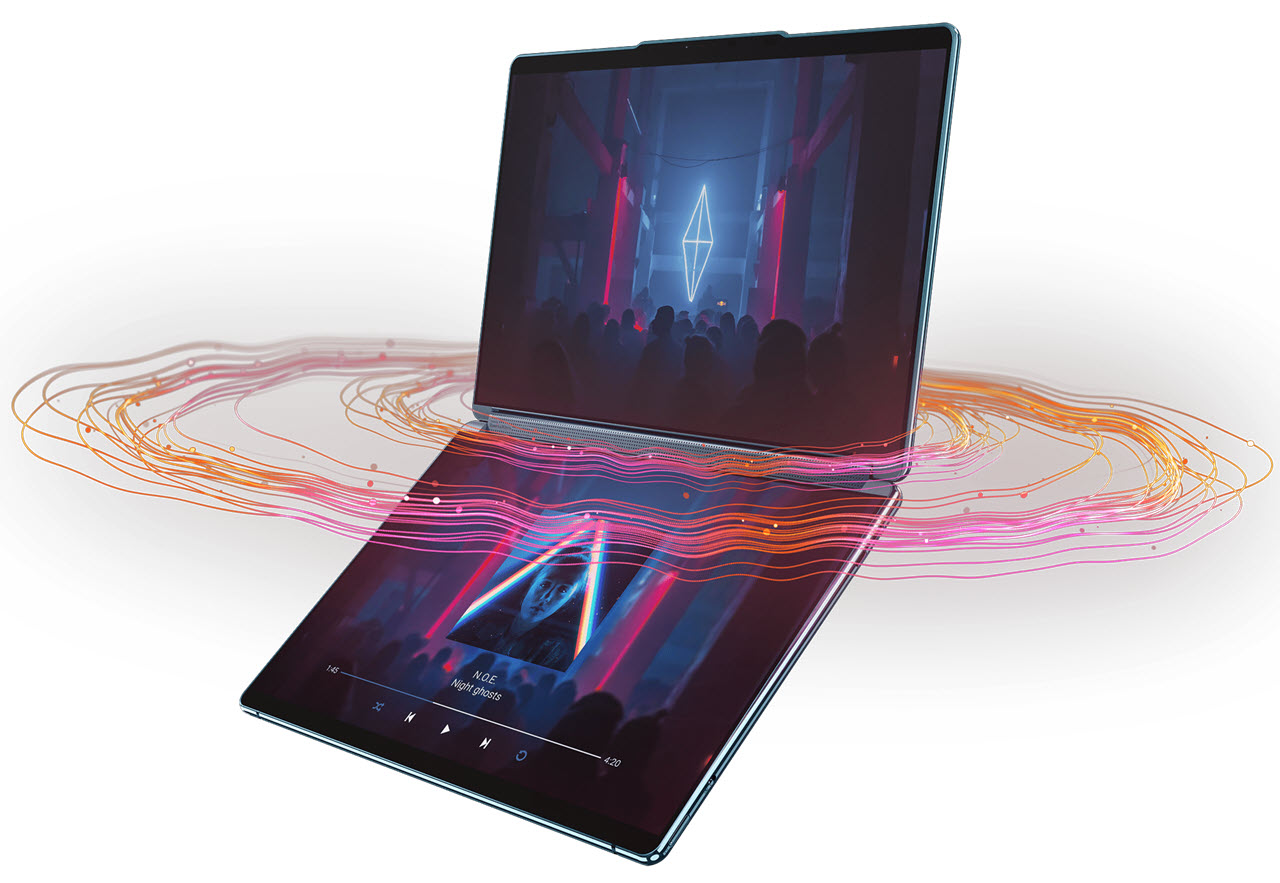 Lenovo announced a bunch of laptops and devices at CES 2023, but the show’s start was its Yoga Book 9i, which the company claims is the world’s first dual OLED screen laptop. However, it does not come cheap, starting at $2,099.99. The device will be available starting in June this year.

All screen or foldable screen laptops aren’t something new. In fact, consumer-ready dual-screen laptops have been on the market for some time now, including Lenovo’s very own Thinkpad Fold X1. However, the Yoga Book 9i stands out in its implementation.

While most manufacturers often compromise on the second screen Lenovo has stuck together two 13.3-inch 2.8K OLED screens with a 360-degree hinge and called it a day. In its conventional form, one of the screens doubles up as a keyboard/trackpad combo and the other is used as a regular display.

However, the laptop does come with an additional physical Bluetooth keyboard that frees up both screens to be used simultaneously. They can be used in both a landscape form stacked on top of each other or in a portrait mode where they sit side by side.

This is made possible thanks to the included folio stands. Since the screen isn’t folding, there are no creases or durability issues to worry about. The hinge also doubles up as a sound bar that includes four Bowers & Wilkins speakers. Finally, there’s also pen support.

The laptop is powered by the 13th generation Intel Core i7-U15, which should be a reasonably good processor considering the use case. Paired with the 16GB RAM and the 80 WHr battery, this could be a very useful machine for people on the go.

Here are the hardware specifications.

While the Yoga Book 9i is the more eye-catching of all of Lenovo’s releases at CES, the company also announced a 32-inch Yoga 9i all in one powered by Intel’s 13th generation Core i9-13900H or i7-13700H processors and an optional Nvidia GeForce discrete graphics card (the company didn’t say which one). The Yoga 9i AIO will be available starting at $1,799.99 from Q3 2023.

Additionally, there’s also a new Lenovo Tab Extreme featuring a 14.5-inch OLED screen with a 3K resolution running at 120Hz with DCI-P3 support. The tablet is powered by the Mediatek Dimensity 9000 processor and runs Android 13 with three OS and four years of security updates promised from the get-go. Pricing and availability are yet to be announced.

In the News: HTC announces the VIVE XR Elite, an all-in-one VR headset