Movies and video games have always shared an interconnected space due to their way of creation. Both require a streamlined and intriguing storyline that keeps the user stuck to his seat or in the case of video games, addicted to them.

Because of this, there have been instances where game developers take inspiration from movies or in some cases even remake them as video games. But, the exact opposite happens too; some movies have been made based on video games and their stories.

The movies produced based on video games don’t always turn out to be great but are decent and can be enjoyed if you know a thing or two about video games.

In this article, we list out our top 15 movies based on video games.

Based on the “Hitman” series of video games, this movie is an action thriller. Hitman himself being a superhuman assassin has to carry out intensive tasks to stop a major corporation from cloning his genes and hence his superhuman abilities to create an army of ruthless killers. Another Hitman movie also hit the theatres in 2007.

Inspired by the top-rated video game series developed by Ubisoft, this movie is very similar to any title from the series. Through a revolutionary technology that unlocks his genetic memories, Callum Lynch (Michael Fassbender) experiences the adventures of his ancestor, who was an assassin.

The movie also replicates the very famous “Leap of Faith” from the video games. All-in-all, it is a good watch even if you don’t know anything about video games.

Based on the widely popular multiplayer video game “World of Warcraft” developed by Blizzard Entertainment, this movie is an epic fantasy. The CGI in this movie is very commendable considering it is a fantasy and the fans appreciated the movie adaptation.

The original Max Payne game can still be considered one of the best games to be ever developed by Rockstar Studios. However, this incomplete remake of the video game series is a good attempt at recreating the slow-motion bullet firing and the overall action from the games.

The story itself is decent but nothing to be wowed about.

Adapted from the NetherRealm Studios’ fighting games developed in 1992, the Mortal Kombat series has always received great appreciation. The video games themselves have been a great success.

Famous for their brutal violence and killing, the film’s cast includes Christopher Lambert and Robin Shou. After earning success at the box-office, they went on and made a sequel too.

Adapted from the PlayStation series survival horror game by Konami, the movie too is categorised in the horror genre. Starring Radha Mitchell and Sean Bean, the movie crossed its box-office expectations and raked a whopping $90 million.

This legendary game developed by Nintendo needs no introduction at all. We all know how addictive and captivating it was and still is.  Starring Bob Hoskins as Mario, John Leguizamo as Luigi and Dennis Hopper as the villain, King Koopa.

But unlike its video game counterpart, the movie wasn’t a great success.

Based on the series of video games developed by Electronic Arts in 1994 — specifically Need For Speed: Most Wanter — the movie starred Aaron Paul and Dominic Cooper. The NFS games have been a massive success since their inception, but the movie didn’t do as well.

A great success at the box office, the movie showcases a story of illegal racing and supercars somewhat similar to the “Fast and Furious” movies.

The Prince of Persia video game series by Ubisoft Games is a thriller in itself. With a very intense storyline that is carried forward with the main Prince and an excellent portrayal of mind-bending powers and characters.

The games have been a success. The movie, however, is a great attempt to capture this experience from the games. With Jack Gyllenhaal as the lead, the story revolves around him as Prince Dastan and his journey from discovering to protecting the sands of time.

The Resident Evil video game franchise is well known by all and due to its massive popularity among the masses, the movie adaptation was produced. Since then, the Resident Evil movie franchise has made six movies of which a majority have been a success.

The fans seem pleased and satisfied with the movie adaptation.

The Far Cry by Ubisoft Games series has come a long way since it originally started. The recent additions to the video game series have been a massive success, and the fans are loving it. The movie adaptation was created and produced in the early days of the game.

This is an action movie. Overall, it does manage to hold up although it lost its mojo from the fans.

The Final Fantasy video game series needs no explanation. There aren’t as many movies as the games, but this particular one stands out of them all. It is a great adaptation of the games and portrays the game pretty decently.

It is an almost realistic CGI based movie that looks like scenes from the video games itself. The fans have highly appreciated this movie adaptation.

Doom is a great game. One of the classics from the video game industry, this game is praised by all. However, the movie adaptation starring Dwayne Johnson can be called otherwise. It is not really a great remake of the game and hence led to disappointment amongst the fans.

But, we would still recommend watching this with your “The Rock” fanboy friends.

This adaptation of the game was not a bad decision. Bringing the fantasy horror of the game to the big screen was a good idea which resulted in a decent movie for the genre. The movie is also supported by a surprisingly good cast which includes names like Ben Kingsley. 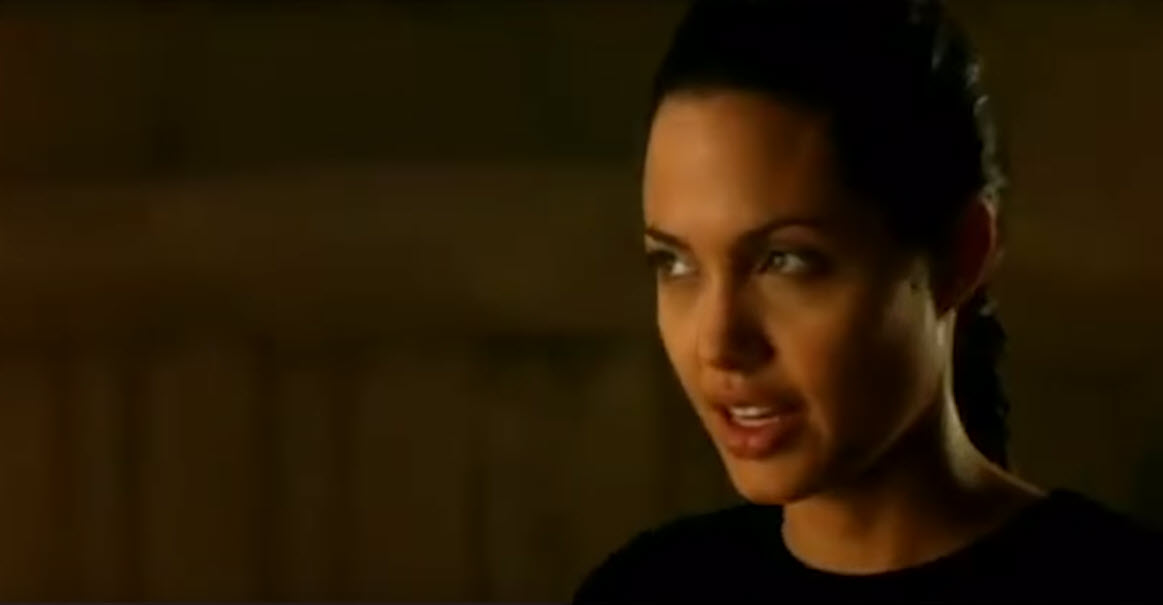 Lara Croft’s: Tomb Raider can be labelled as the best movie adaptation of a video game. Starring Angelina Jolie, the movie is a must watch for all. The movie captures the video game very well, and the story is incredibly captivating.