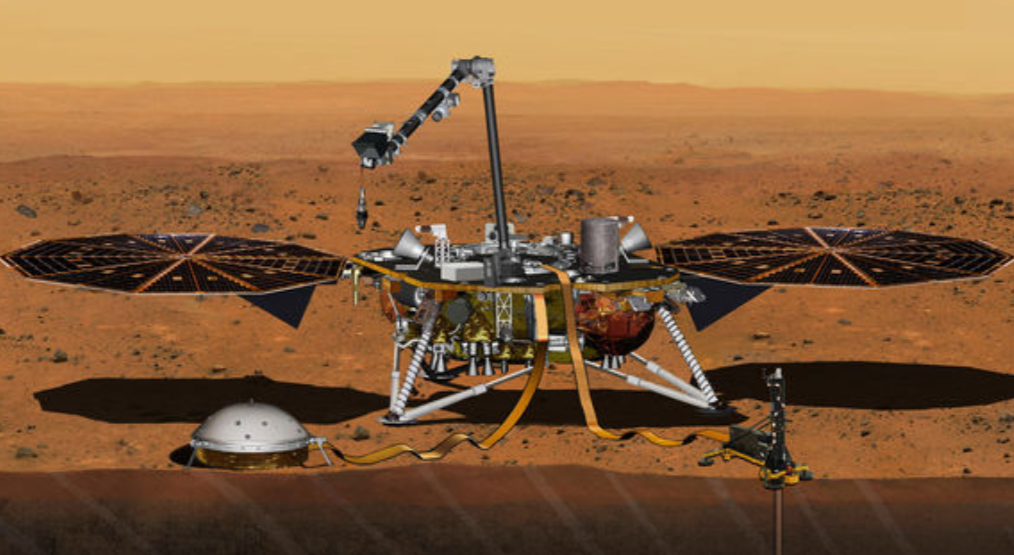 NASA’s InSight spacecraft touched down safely on Mars on Monday, kicking off a two-year mission to explore the deep interior of the Red Planet.

The lander plunged through the thin Martian atmosphere at about 2:47 p.m. EST (1947 GMT), heatshield first, and used a supersonic parachute to slow down. Then, it fired its retrorockets to descend to the surface of Mars slowly, and landed on the smooth plains of Elysium Planitia, Xinhua news agency reported.

InSight is being followed to Mars by two mini-spacecraft comprising NASA’s Mars Cube One (MarCO), the first deep-space mission for CubeSats, which attempt to relay data from InSight as it enters the planet’s atmosphere and lands.

In the News: Elon Musk wants to go to Mars, even if it means losing his life

InSight will detect geophysical signals deep below the Martian surface, including marsquakes and heat. Scientists will also be able to track radio signals from the stationary spacecraft, which vary based on the wobble in Mars’ rotation, according to NASA. 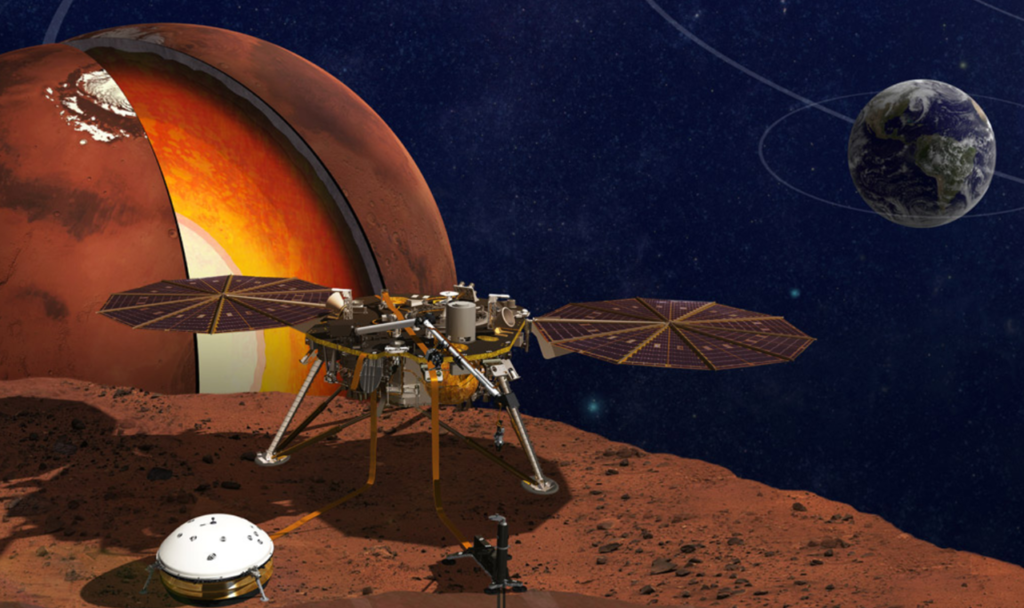 It took the InSight team about four to five years to design and execute the mission, said an engineer at the mission control. He said the basic design of InSight was inherited from the Phoenix spacecraft, which landed on Mars on May 25, 2008.

To look deep into Mars, the lander must be at a place where it can stay still and quiet for its entire mission. That’s why scientists chose Elysium Planitia as InSight’s home, according to NASA.

The red planet is comparatively easy to land on and is less likely to melt equipment than Venus or Mercury, according to NASA.

Launched on May 5, InSight marks NASA’s first Mars landing since the Curiosity rover in 2012 and the first dedicated to studying the deep interior of Mars.

“We’ve studied Mars from orbit and the surface since 1965, learning about its weather, atmosphere, geology and surface chemistry,” Lori Glaze, acting director of the Planetary Science Division in NASA’s Science Mission Directorate, was quoted as saying.

“Now we finally will explore inside Mars and deepen our understanding of our terrestrial neighbour as NASA prepares to send human explorers deeper into the solar system.”