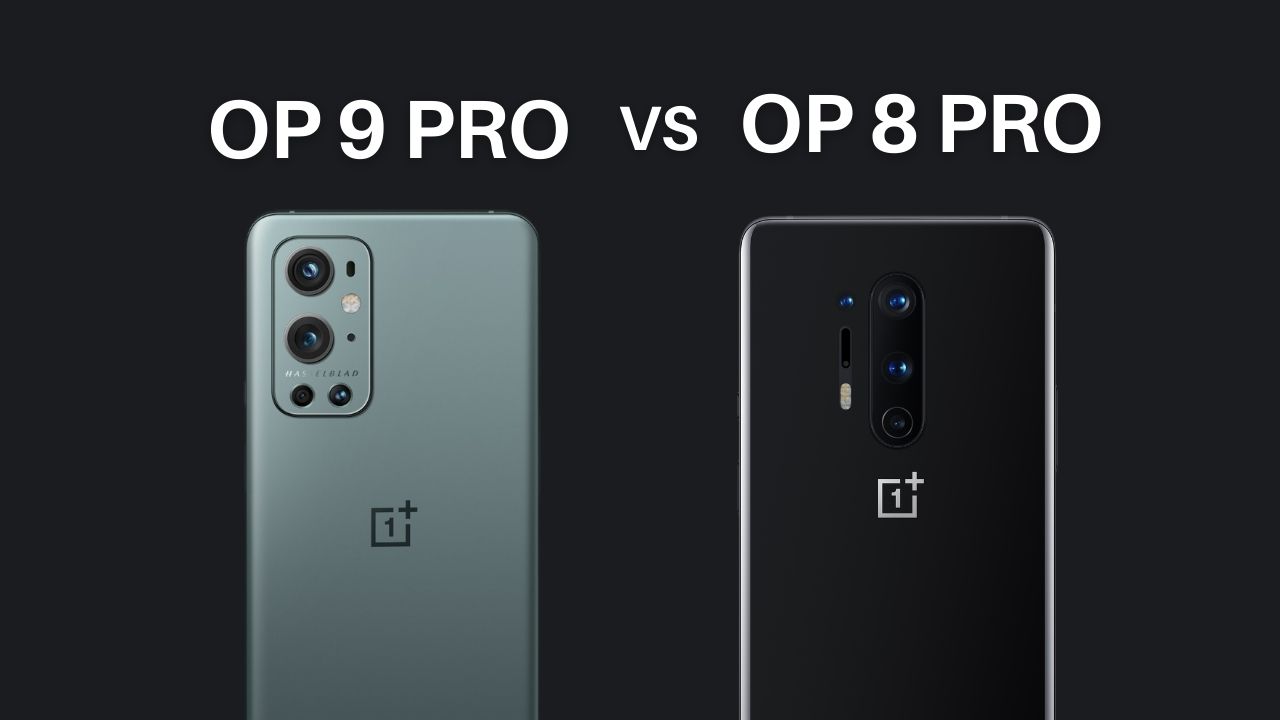 OnePlus, known to offer some of the best value for money smartphones, unveiled its 9 series smartphones and OnePlus Watch at an online event on Tuesday.

This year, OnePlus has entered a three-year-long partnership with Hasselblad, the famed Swedish camera manufacturer, but have they made enough progress to warrant an upgrade to the 9 Pro or are consumers better off choosing the last generation at a lower cost?

In this article, we pit the OnePlus 9 Pro against the OnePlus 8 Pro to see what improvements the new device brings and how they are different.

In the News: OnePlus 9 Pro vs Samsung S21 Ultra: Which flagship should you pick?

If looking at the designs, the OnePlus 9 Pro maintains a shape similar to the 8 Pro but sees several changes across the device. The centred camera bump from the back has transformed into a left-aligned array — akin to 8T. The display has also seen a reduction in size and curvature along the edges.

The OEM also mentioned a few changes within the device, first is Cool Play, which consists of a heat dissipating system made of graphite and copper. Next, the split batteries, allowing for improvements in charging speeds.

On the front, the devices show a difference due to the reduced curvature and smaller size, but the front camera placement remains similar — offset to the left.

Both devices feature IP68 water resistance with their glass and aluminium build and come in multiple colour options. The 8 Pro is available in Black, Blue and Mint Green, while the 9 Pro has Black, Silver and Green.

Compared to the 8 Pro, the new device’s display is slightly different. It sizes in at 6.7 inches compared to the 6.78 of the last generation and has a more subtle curve, something we mentioned earlier. The next significant upgrade is the LTPO panel, which allows the 9 Pro to refresh between 1Hz and 120Hz adaptively — the 8 Pro had a fixed 60Hz or 120Hz.

Both devices feature HDR10+ certification, have 10-bit colour depth and a claimed peak brightness of 1300 nits.

Focussing on the cameras, not only has their design changed significantly, but OnePlus has also revamped their sensor on the 9 Pro.

On 9 Pro, users can find a 48MP primary sensor, a 50MP Ultra Wide, an 8MP Telephoto and a 2MP monochrome lens. According to the OnePlus, the new smartphone can now record 4K footage at 120 frames per second due to the custom-made primary Sony IMX 789 sensor.

In the front, both devices pack a similar 16MP shooter.

Like we’ve mentioned, images captured from smartphones are dependent on the post-processing they undergo. This year’s models have larger sensors, and OnePlus’ partnership with Hasselblad may result in better colour science — giving the new device an edge.

The total battery capacity on the 8 Pro and 9 Pro isn’t that different, 4510 mAh and 4500 mAh, respectively, but there is a significant change in the internal design and implemented charging technology.

9 Pro features a split battery, which OnePlus introduced to their smartphones with the 8T. Thus, allowing the use of Warp Charge 65T and wireless charging at 50W.

The 8 Pro is limited to 30W charging via wired or wireless methods.

The new system promises a zero to hundred cycle in 29 and 43 minutes via wired and wireless methods. The 8 Pro requires 23 and 30 minutes to reach fifty per cent capacity via wired charging or wireless charging.

To achieve 30W and 50W wireless charging on the 8 Pro and 9 Pro, users will have to purchase OnePlus’ propriety charging stand.

This year’s model replaced the 865 with the Snapdragon 888, featuring a significant generational leap that brings integrated 5G modems, a 5nm fabrication process for increased efficiency and a 25 per cent improvement in CPU performance.

The variants offered this year are similar to last year, with just two options, one with 8GB of LPDDR5 RAM and 128GB of internal storage and another with 12GB of RAM and 256GB internal storage.

The pricing for each variant has been listed below.

OnePlus 8 Pro is available in two configurations in both India and USA.

OnePlus 9 Pro is available in two configurations in India and one in USA.

Should you upgrade to the OnePlus 9 Pro?

If you look at the two devices objectively, the number of changes are minimal — except for the camera — but they add up to make a compelling offer, although should you upgrade?

We feel, not yet. As mentioned, the Hasselblad related camera improvements — for this year — only focus upon modifications to colour science. The upcoming two years of OnePlus’ 150 million dollar collaboration may lead to hardware advancements that can make for a more compelling upgrade.

So if you own an 8 Pro, we feel you should stick with the device since the newer model does not offer a lot, apart from changes that tend to happen yearly.