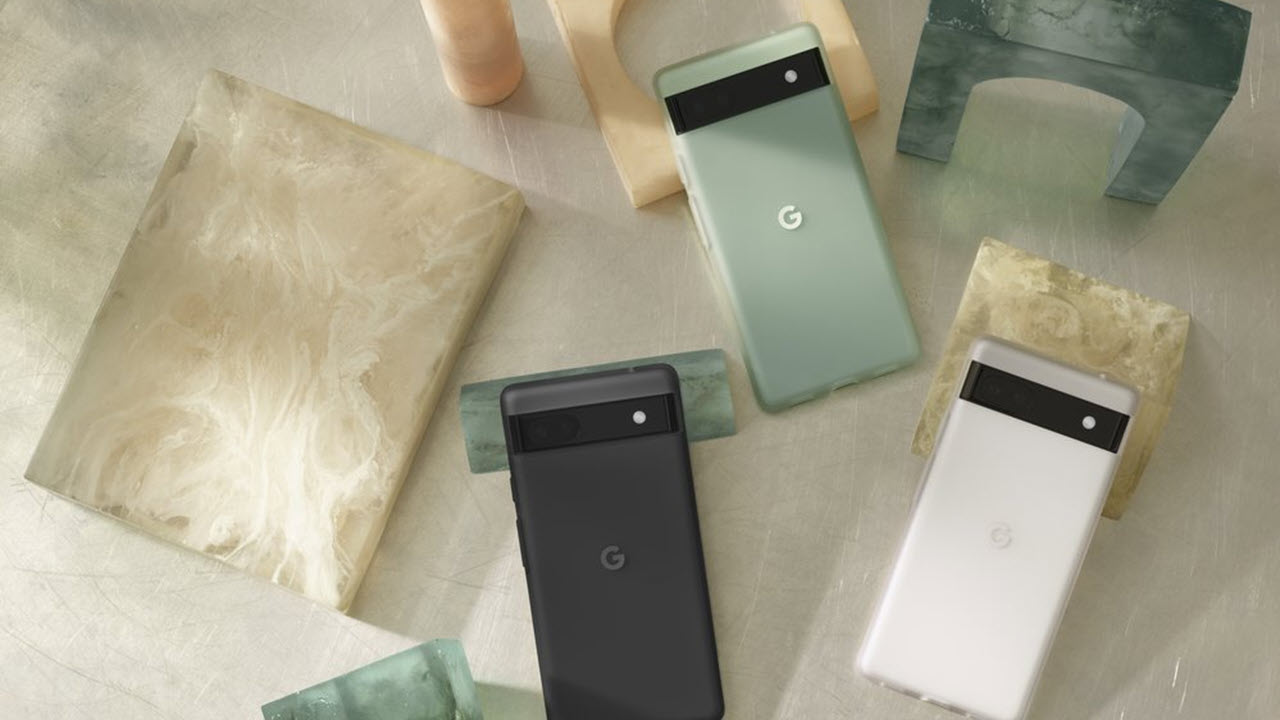 Google has announced several different hardware devices at this year’s Google I/O. The slew of new Pixel phones announced includes the Google Pixel 6A, Pixel 7 and Pixel 7 Pro. A new Pixel tablet is also in the works.

The Pixel 6A maintains the same design language as the Pixel 6 series. The phone starts at $449, same as the last year’s Pixel 5A. You also get the same Tensor SoC as in the Pixel 6 and 6 Pro, in addition to the Titan M2 security chip.

The phone follows the same design language as the Pixel 6 series, with the prominent camera visor going all the way across at the back, and the fingerprint sensor is also under the screen rather than on the back of the phone.

You get a slightly smaller 6.1-inch OLED display running at 1080p and 60Hz. The camera specs, however, are a bit of a downgrade. As per the rumours, the 6A goes back to the 12MP primary camera, the same hardware used by the Pixel 5A. There’s also a 12MP ultrawide and an 8MP pinhole selfie camera this time around.

Camera features like Night Sight, Magic Eraser, and Real Tone will also be available. Additionally, Magic Eraser is getting another feature that lets users change the colour of distracting objects in the photo, blending in more naturally.

The battery is also slightly smaller, coming in at 4400mAh. A single configuration with 128GB storage and 6GB RAM will be available. Pre-orders start on July 21, and the phone will be available in stores by July 28.

Pixel 7 and 7 Pro are coming next fall

The Pixel 7 will have two rear cameras, while the 7 Pro similarly gets three to the Pixel 6 series. Not much was told about the phone at the keynote, so we’re not entirely sure of the specs.

Google, however, is making a solid push for its Pixel ecosystem, just like Apple has done with its products. As of right now, there’s a Pixel Watch, earbuds, phones and tablets, all that you’d need to make the perfect Android ecosystem.