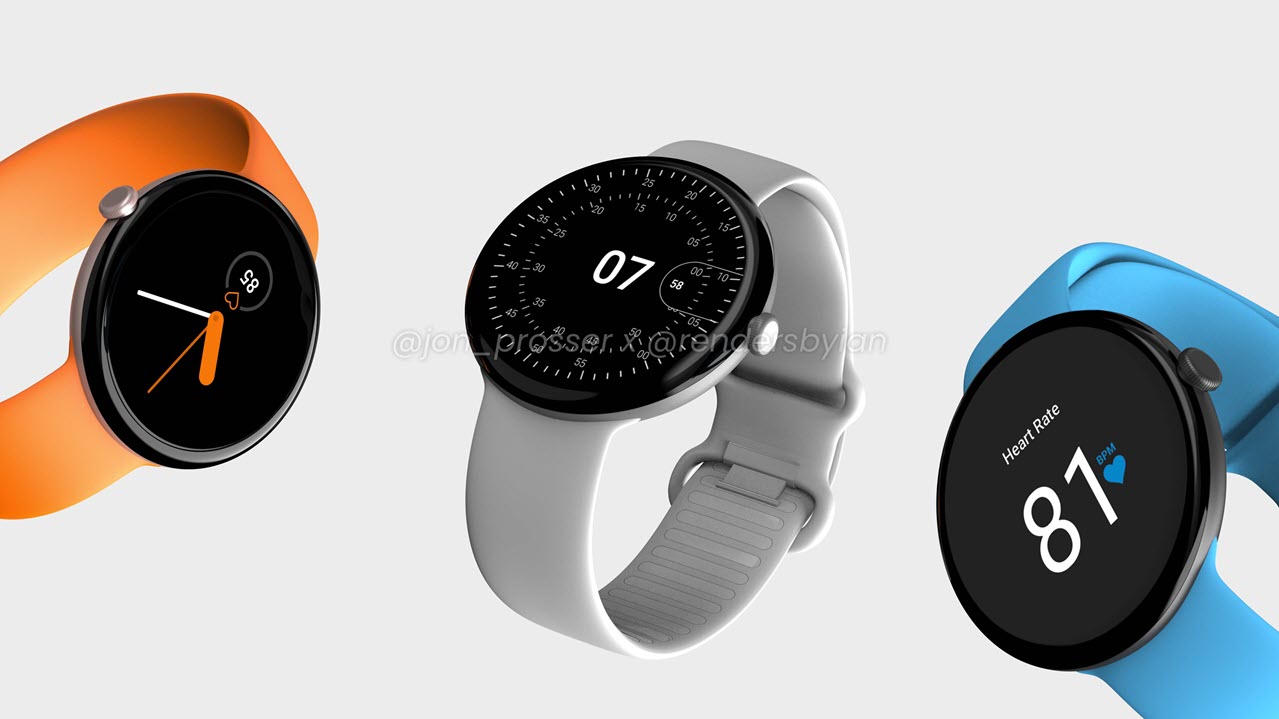 After breathing new life in WearOS by partnering with Samsung, Google seems to be rather close to launching its smartwatch. The company’s latest wearable device, codenamed ‘Rohan’, can be released in late 2022.

Earlier rumours indicated that Google’s smartwatch, unofficially called the Pixel watch, would be released alongside the Pixel 6 with even the possibility of a foldable Pixel. However, we only got to see the Pixel 6 and 6 Pro.

With Google acquiring FitBit and WearOS slowly becoming much better than before, thanks to the Samsung partnership, the time for Google’s wearable might be closer than we think.

About time for a watch?

Given Google’s renewed interest in bringing back the Pixel lineup to flagship status, the intent here seems clear — to compete with Apple and Samsung on the smartwatch market.

Leaked renders of the watch suggest a circular and bezel-less watch face with proprietary watchbands. If the rumour holds, there should be around 20 different watch bands available for the watch. Besides this, expect to see third-party watchbands.

In terms of hardware, expect most flagship smartwatch features, including heart rate, blood oxygen and other vital measuring sensors. Software, as mentioned above, will be the latest WearOS 3 unless Google announces another update to the wearable OS, something which is rather unlikely to happen.

Battery life is expected to be about a day, on par with Apple’s latest watch, so this will be a daily charger. The watch will also be different and more sophisticated than most Fitbit devices. The pricing, however, is still in the air.

With that said, Samsung’s Galaxy Watch 4 launch seems to be prepping WearOS nicely for the Pixel Watch to arrive.