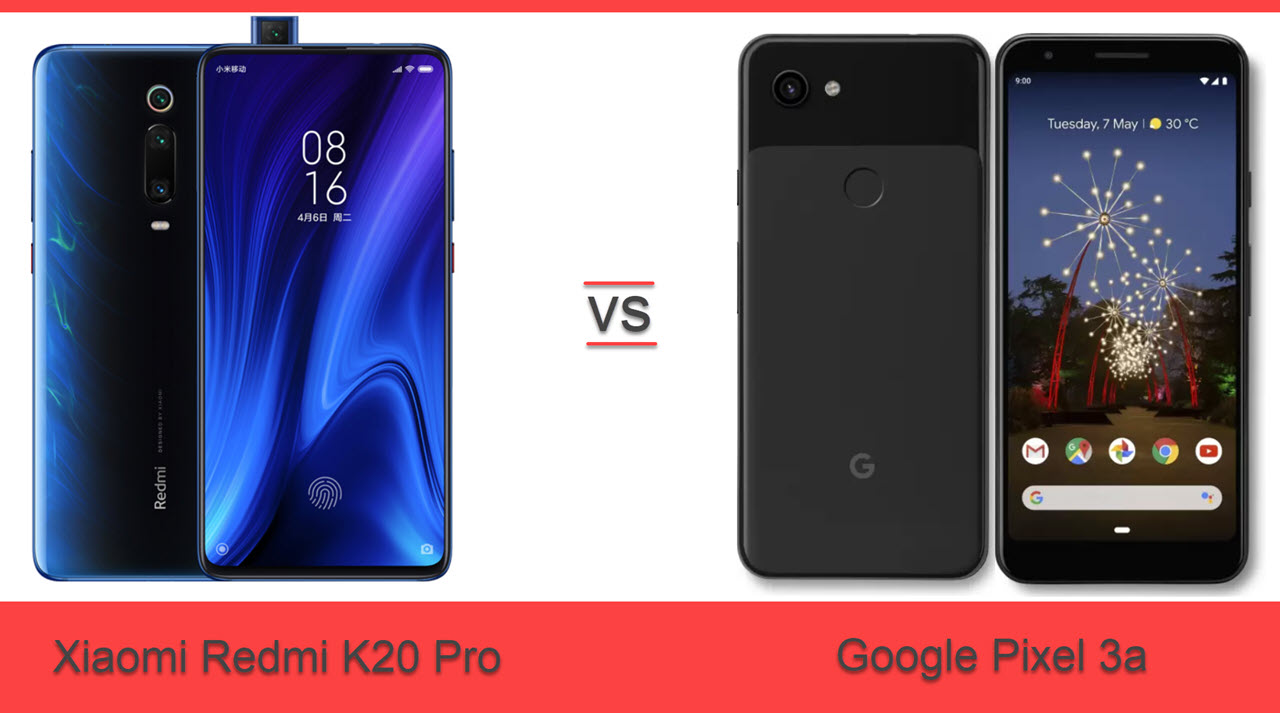 The world of budget phones has been lately becoming overcrowded with options, and phones that stand out or differentiate themselves from the others are hard to come by. The phones that we will compare have been able to separate themselves from the competition in the $400-or-so market, the Pixel 3a with Google’s flagship camera experience and the Redmi K20 Pro, which brings the Snapdragon 855 at a price well below $500.

In this article, we will specifically be looking at their designs and hardware performance.

Any phone that would implement design features that trickle down from popular flagship devices is bound to stand out within this market segment, and the 3a does precisely that. With its looks borrowed from the Pixel 3, albeit the plastic construction. The K20 brings a pop-up camera, an OLED full display with no notch and a glass sandwich design — a first at this price.

The Pixel 3a has a glossy plastic instead of the glass at the back, with the rest of the body in a matte finish, available in the traditional black and white. Pixel 3a also comes in a colour that Google calls ‘Purplish’.

The K20 Pro does a much better job in this segment with its attempt to stand out has a glass back with unique patterns, available in red or blue and a carbon fibre texture with the Black.

The Redmi K20 Pro is hands down the more value for money proposition in this comparison if you’re in the market for a phone that can handle any game you throw at it; this is because it houses the Snapdragon 855 against the Pixel 3a’s mid-tier Snapdragon 670.

To bring a high tier camera system to the phone at a lower price while not directly hurting its flagships’ sales, Google decided to skimp in a segment that could have been given equal importance.

Not only is there an issue with the processor, but the meagre 4GB RAM also means the 3a might struggle to keep up with power users at times. The K20 Pro, on the other hand, offers 6GB RAM, which is about what we have come to expect from the current crop of smartphones in the market. But how this will perform in day to day activities over time is a question that only time can answer, as the heavily customised MIUI is known to hog RAM.

In terms of software, while MIUI may be quite a few steps behind stock Android, the raw power that the Redmi carries makes it come out on top against Google’s phone in this category.

The Pixel 3a rocks a single 12MP lens on the back — similar to its flagship counterpart — and a single 8MP shooter in front. In contrast, the K20 Pro once again matches the current trend with a triple-lens setup, including the 48MP Sony sensor found on this year’s OnePlus 7 series of devices alongside 8MP 13MP sensors, respectively. At the front, you can find a 20MP sensor.

Although on paper we can see that the Redmi K20 Pro provides with it a variety of lenses that potentially allow for different aspects while shooting photos, the software that Google uses is hands down the best that there is for now and because of this, the 3a shines with just its single lens.

But the 3a is not without its caveats, and the relatively weak Snapdragon 670 cannot process the images as fast as the 855, which could hamper the image processing a bit.

Which one could you pick up?

If you are a power user, we recommend that you let the Pixel 3a go as its chipset will only hold you back when you are expecting apps to load and get going so that you can continue working. There is all the more a reason to forgo the phone if you are a gamer and love having an enjoyable experience with fast and snappy gameplay. But if having the best camera smartphone available is your aim, Pixel 3a is your go-to device.

With its great display and powerful chipset, the Redmi K20 Pro’s large battery is hard to beat for the price. Its base variant, when converted from its Chinese price, equates to about $360.

Pixel 3a, on the other hand, with its $399 tag, is the perfect device for someone who doesn’t mind relatively slower loading times and is not a heavy user. The battery life on this phone can provide at least 4 hours of screen time. Although not as snappy, the camera offers quality images.

So the decision to pick between these phones comes down to one’s desire for raw power or a great camera at a budget price. Which one would you pick? Let us know in the comments below.