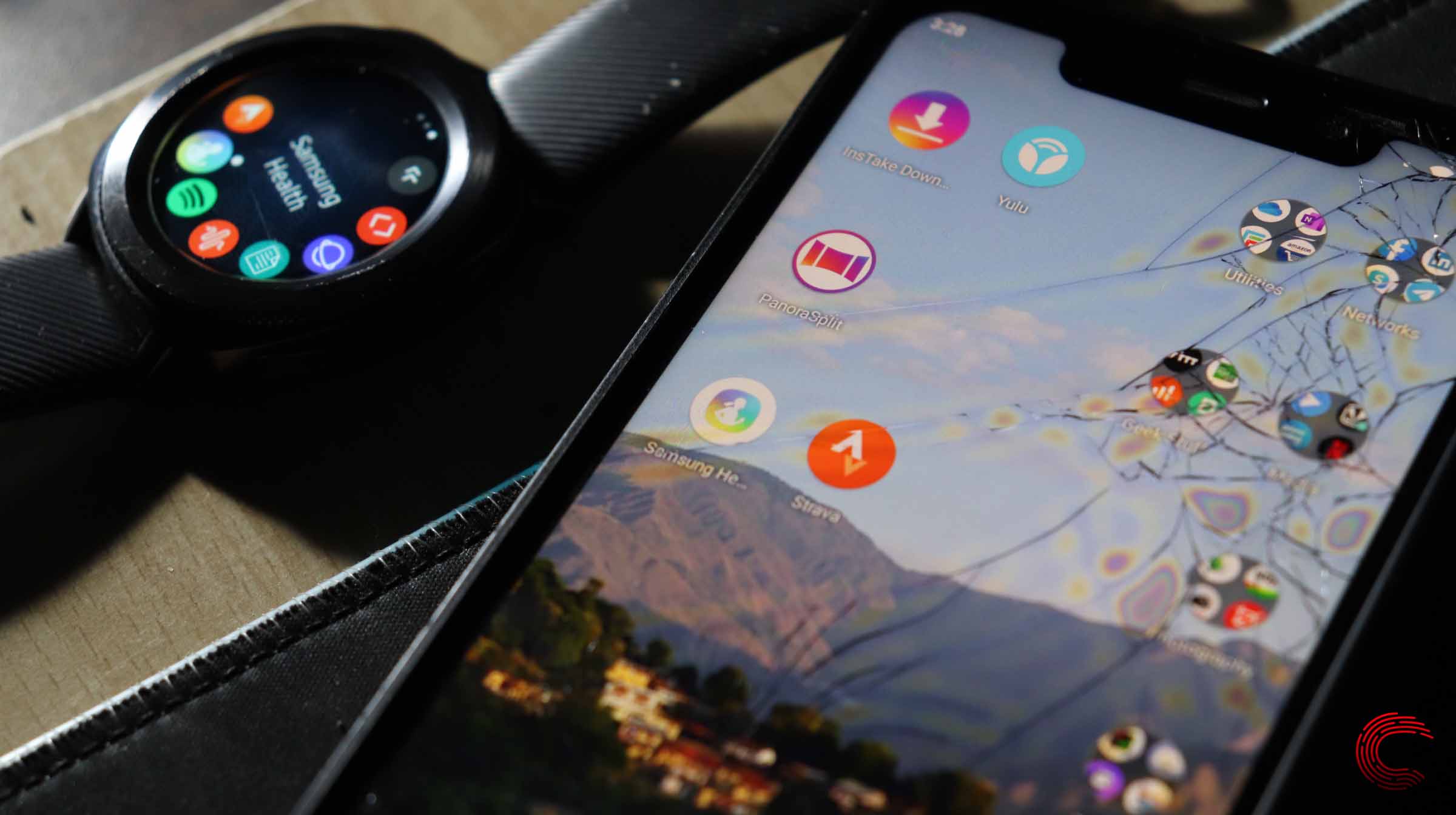 Smartwatches have seen unprecedented growth in the past few years, especially in the fitness community as they come with a number of health tracking apps and sensors and a bunch of numbers. What differentiates these numbers and statistics from useful data is how exactly they’re presented to the end-user.

This is where fitness apps come in. All leading smartwatch brands have their native fitness apps. In this article, we’re going to compare Samsung Health against Strava on the Galaxy Gear Sport.

I’ll be comparing the two apps on three major aspects:

Both the apps offer a good UI on their phone apps. However, it’s a different story on the watch.

Samsung health can show pretty much everything it records right there on the watch. It integrates well within the watch and even starts tracking activities automatically if you do them continuously for 10 minutes. You can start any activity you want right from a widget as well.

Strava, on the other hand, takes some setting up. You’ll have to go to samsung.strava.com and log in with your Strava account to receive a four-digit code which you’ll then put onto your watch to connect it to your Strava account. 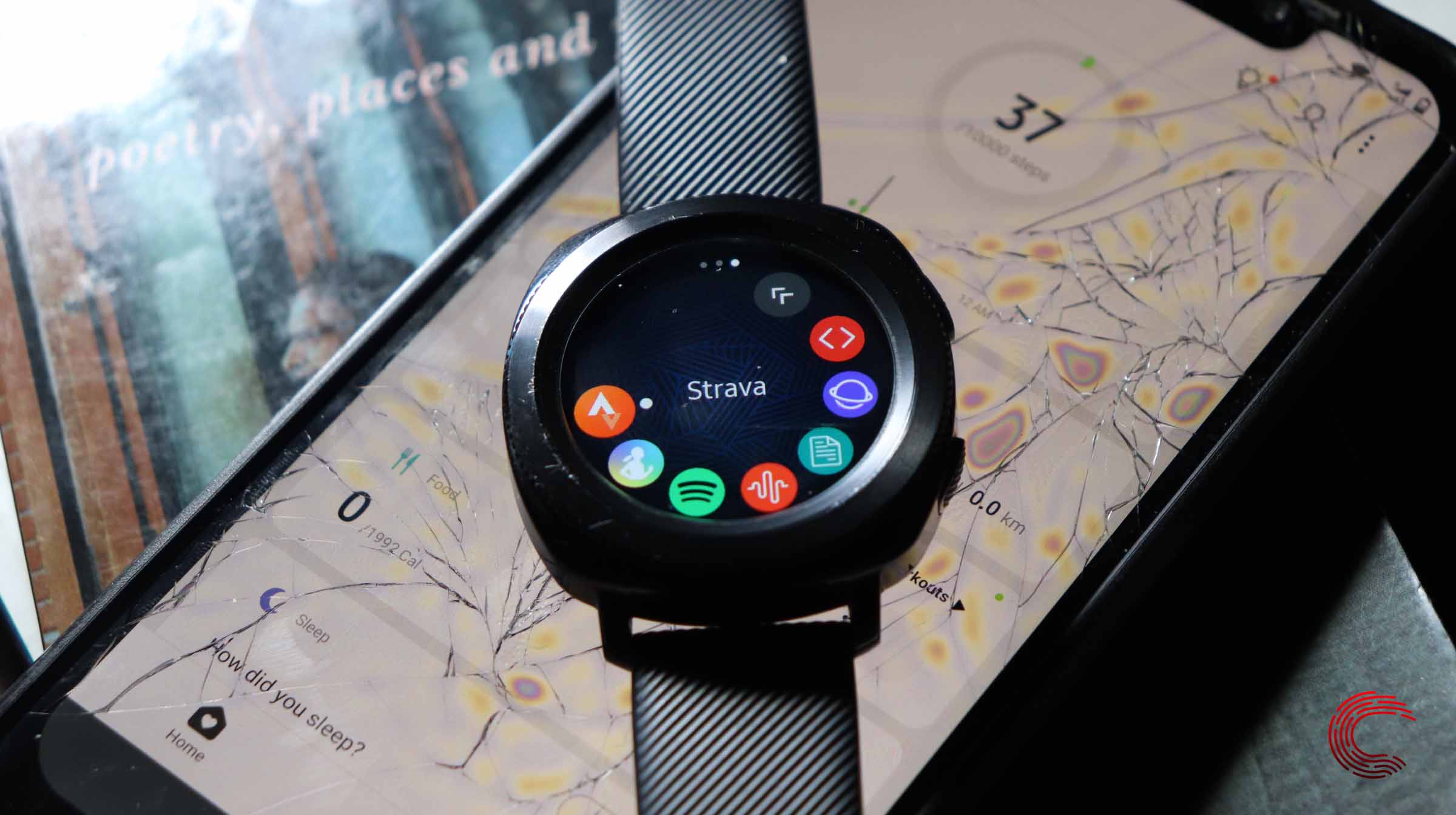 Even after doing that, the Strava app is pretty restricted in terms of what it offers on the watch. During my cycling/running workouts, Samsung Health showed way more data than Strava and in a better way on the watch.

Another bummer here is that the Strava app on the watch needs the GPS on the watch to be turned on. Samsung Health, on the other hand, takes your location from your phone, or if you’re going out without it, using the onboard GPS.

Also, you might want to purchase a Strava Summit subscription for your needs. On Samsung Health, you get everything with the hardware itself.

Samsung Health doesn’t even come close to Strava when comparing the social features. It’s like comparing a telephone directory to Facebook. Strava with its clubs and a social structure similar to that of Facebook is just miles ahead.

You can create, join or follow clubs that can run global challenges. Your friends’ activities show up on your feed with some concise data. Segments and leaderboards go a long way in motivating users to hit the same paths as others and compete. 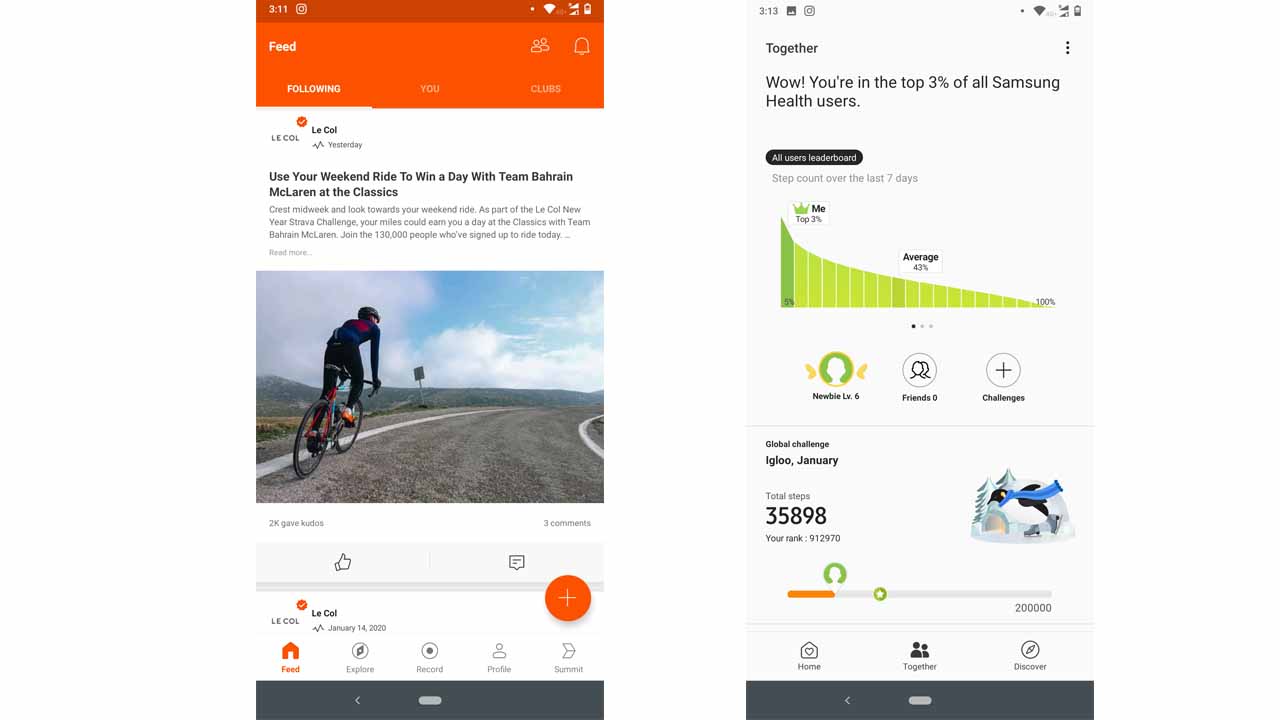 You’re also way more likely to find and meet people who’re into the same sport as you are while using Strava as compared to Samsung Health. Sure Samsung’s offering also has its fair share of challenges and a friend system and so on, but Strava does it better.

This is where you realise you’re using a Samsung smartwatch. Unfortunately, this is just an ecosystem thing all OEMs do so you can’t really blame Strava for this.

Samsung health collects way more data than Strava does. For example, consider this bike ride that I took the morning this article was written. You can see that the data gathered by Samsung Health is a lot more precise than Strava. 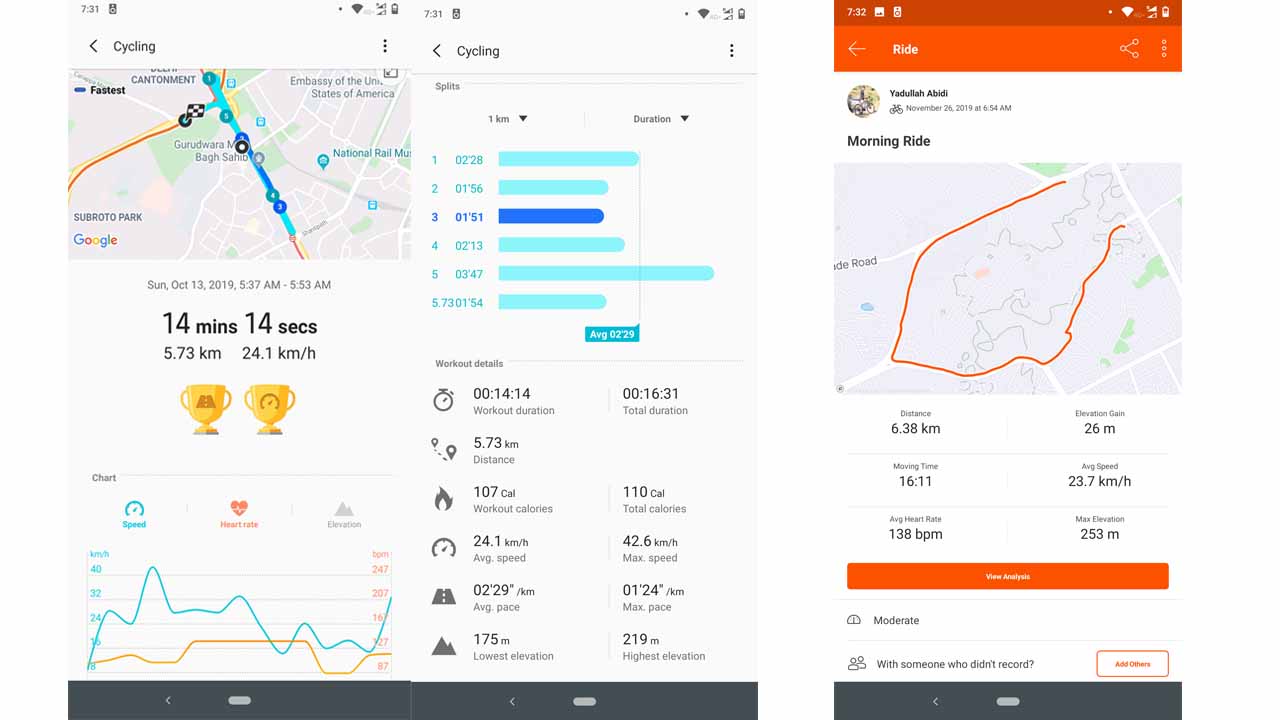 As you can see, data from Samsung Health is quite detailed as compared to the one from Strava. Both these workouts were tracked on the Gear Sport. On Strava, even the view analysis button only shows elevation and heartbeat graphs at most.

This can change from device to device though. So for example, if you’re on a Garmin, you won’t even be able to use Samsung Health. As long as you’re on a Samsung watch, its Health app is going to be better than Strava in terms of data collected.

So which one you should pick?

If you don’t care about your social workout structure, you can just go ahead with Samsung Health. However, it’s hard to deny that Strava has an excellent community built around it. Whether or not the social features justify the lack of data recorded, that’s for you to decide.

You can get the best of both worlds though by syncing your Samsung Health data with Strava. However, it’s quite buggy at the moment (for me at least). That said, we tested out the feature on a Samsung smartwatch, which is bound to work better with its app. You might have a slightly different experience on some other smartwatch.

Also read: How practical is a smartwatch in daily life?