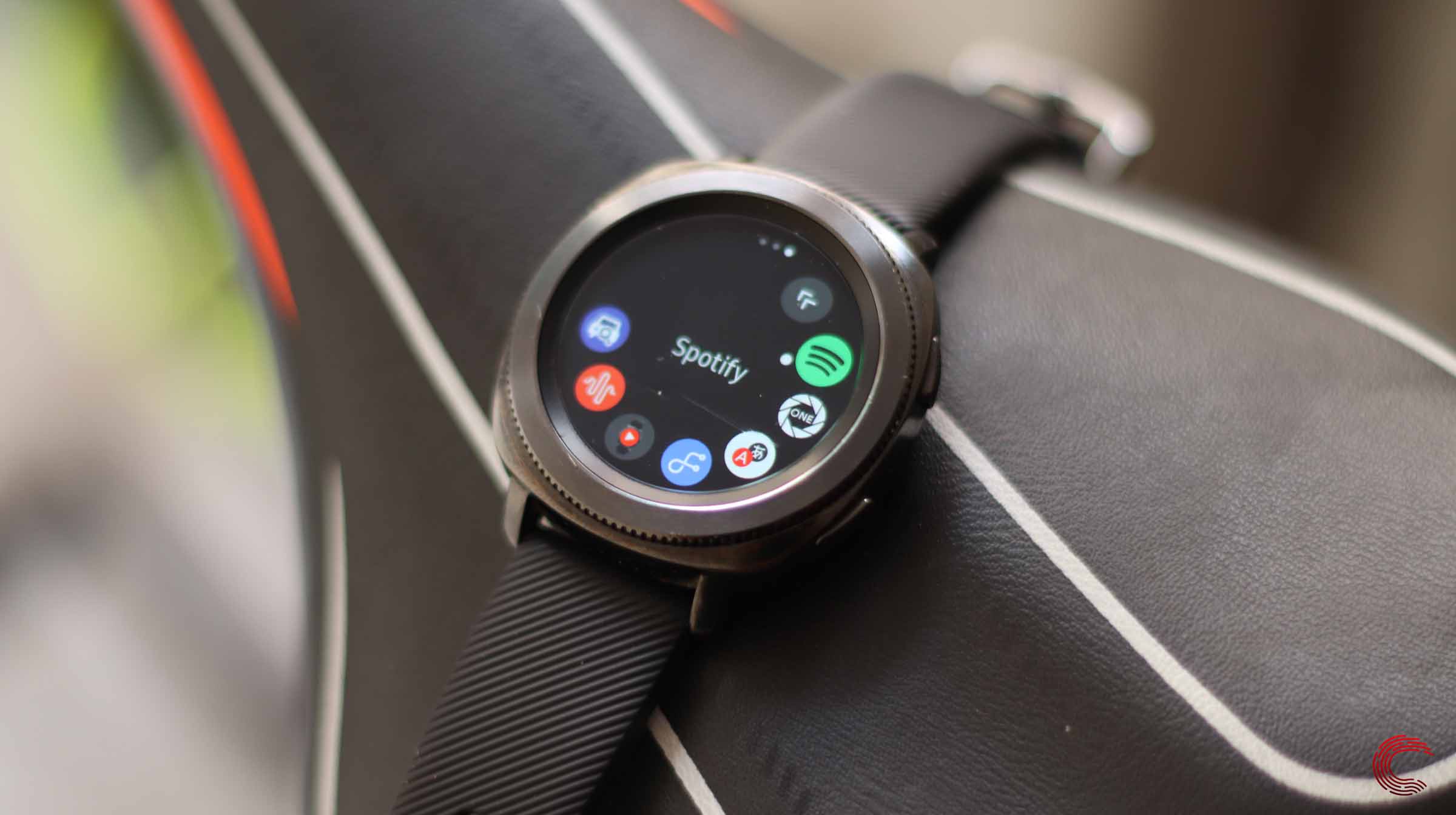 Everyday wearable gadgets around us keep getting more and more powerful, and with all this power, comes better functionality. Back in the days of the early smartwatches, people used to look at them as some sort of an expensive toy. Now? Not so much.

With an increasing number of apps for the smartwatches running Tizen or Wear OS, there’s a good chance you’re not using that Galaxy smartwatch on your wrist to its full potential. There are hundreds of apps and watch faces that are super useful and look good too. In this article, we bring you the top 11 apps for your Galaxy Gear and Galaxy Active watch.

This is one of the most popular apps on the Galaxy wearables store and for good reason. Camera One allows you to control your phone’s camera through your watch with the help of a companion app installed on your phone.

Now, this sounds pretty okay at first, but when you install and use it, you’ll realise just how convenient it makes certain shots to be. Not to wonder it adds another point to justify that expensive watch on your wrist.

The app offers a live preview from your camera, it lets you adjust settings, zoom in/out, and you don’t even need your camera app active, or your screen turned on for it to work.

Speaking multiple languages doesn’t get easier than this. 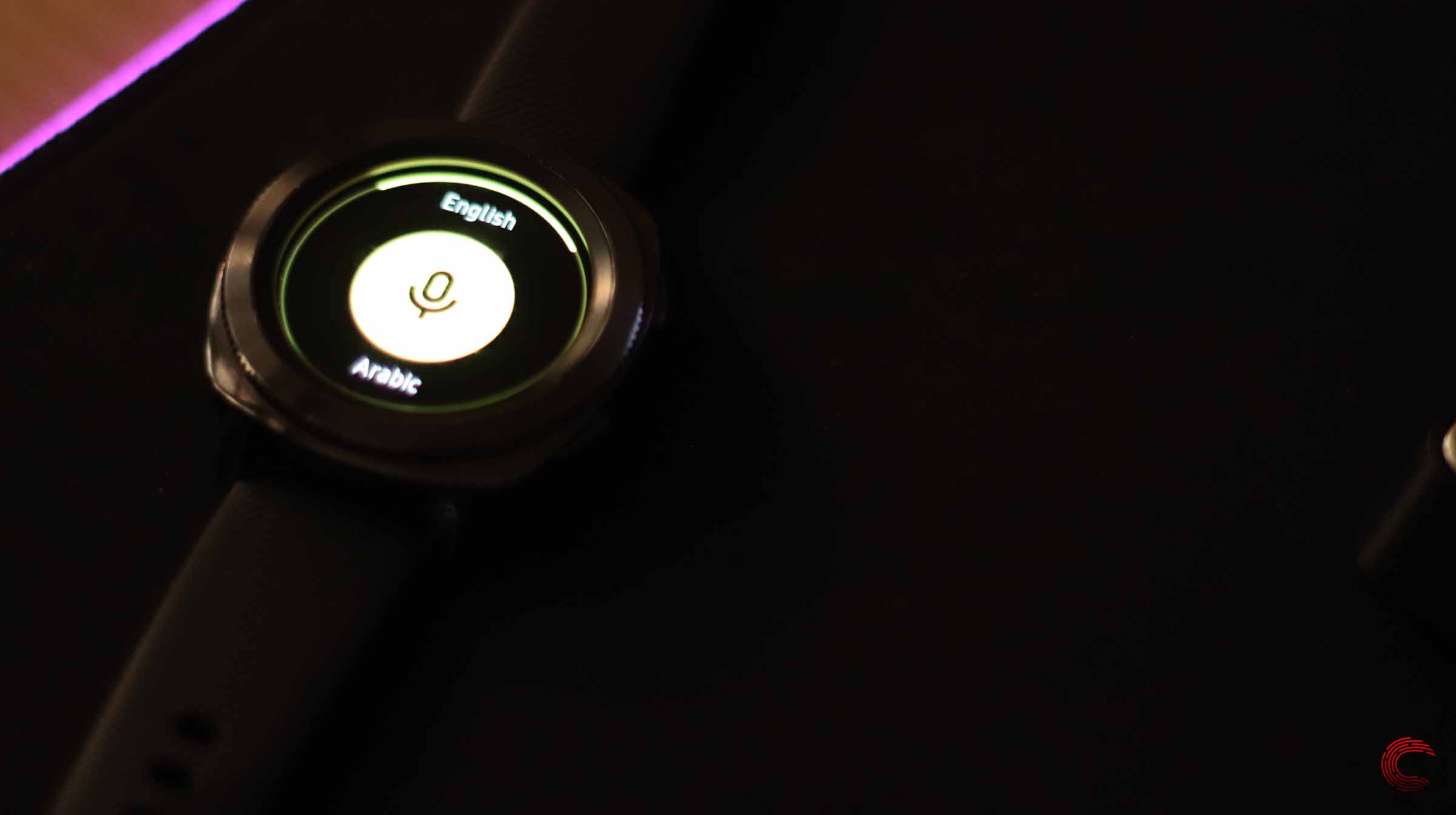 Yes, you’ve got the right idea. Speak whatever language you want in your watch’s microphone, and the app will translate it to any language of your choice. It even allows you to speak phrases in foreign languages by showing the translation on screen.

The app features languages such as English, Russian, Turkish among and is a must-have in case you’re travelling abroad. 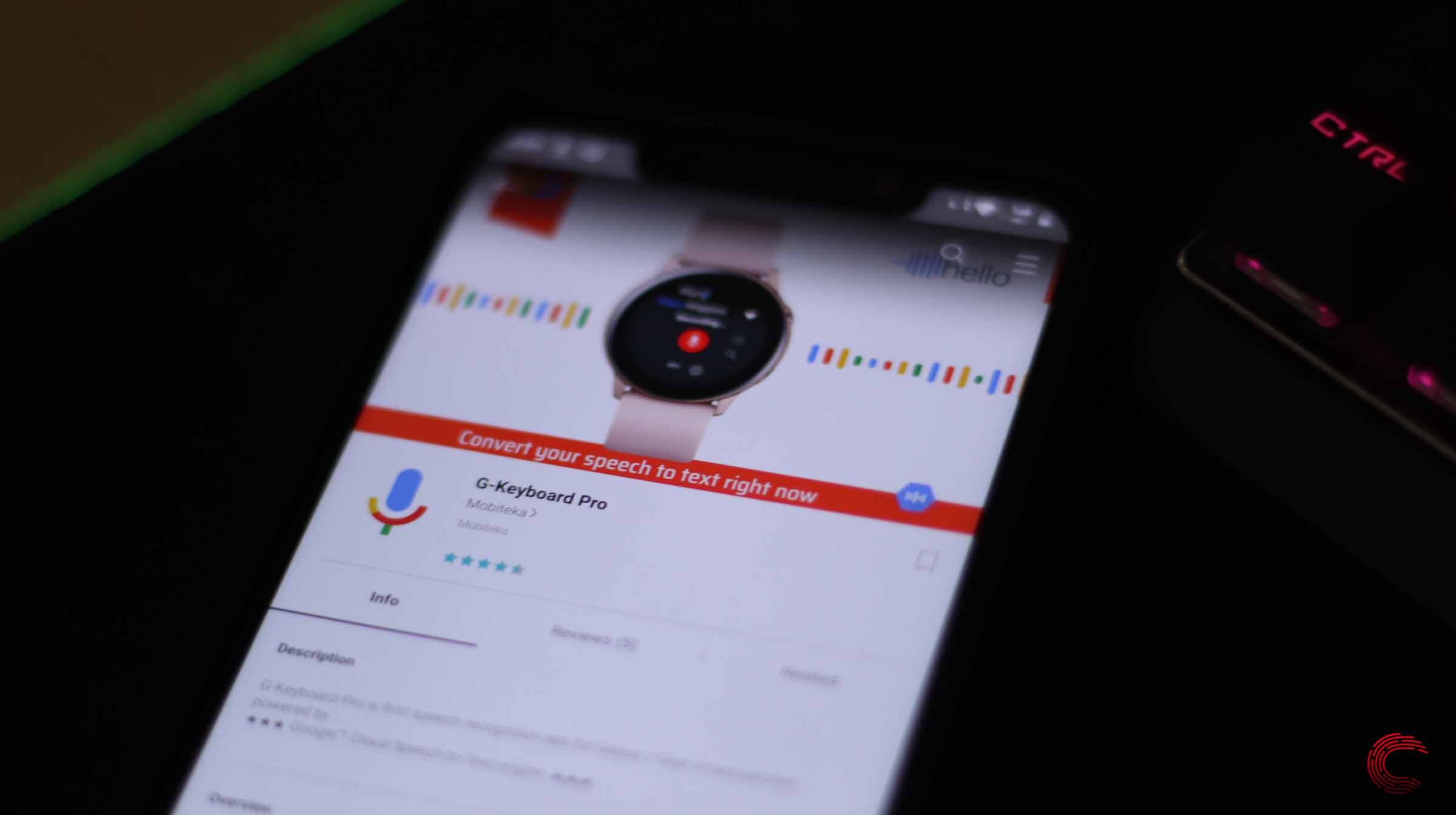 In addition to being a great QWERTY keyboard, it translates speech to text in real life just like on your Android phone. Overall, it makes the typing experience on your watch way better than with the default keyboard.

It will, however, set you back INR 199 and rightfully so. Getting anything to work on Samsung’s Tizen, which is related to Google, is a herculean task.

This app came preinstalled in my Galaxy Gear Sport but if by any chance it isn’t in yours, get it now. 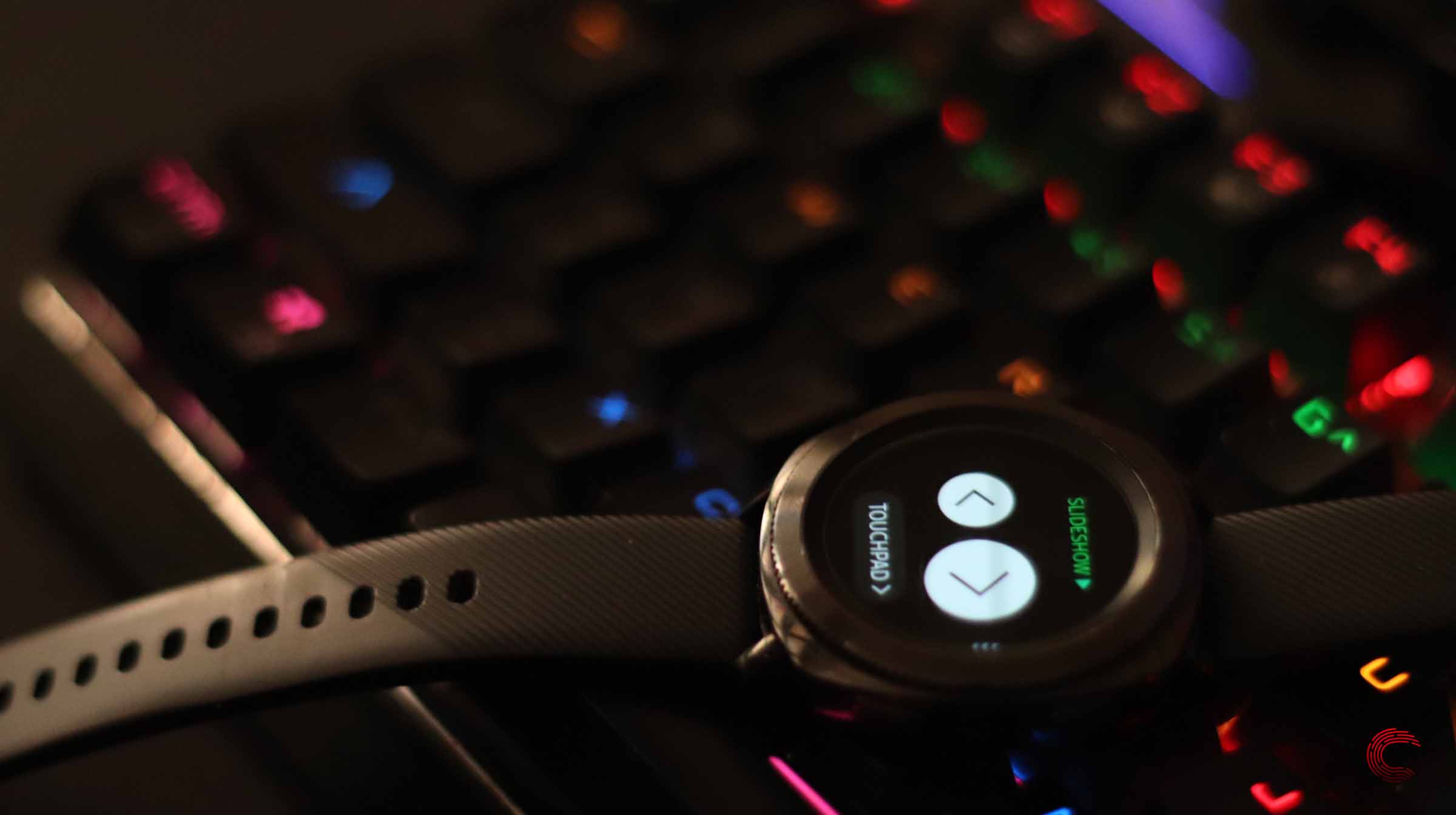 As the name suggests, the app allows you to control your powerpoint presentations from your smartwatch. Trust me, the minute you move on to the next slide by rotating your bezel, you’ll have your audience hooked.

The app does feature on-screen buttons too, so Galaxy Watch Active users can also benefit from it.

If for whatever reason you want to watch youtube videos on your watch, this is your go-to app.

Albeit a little slow, it works perfectly, has good reviews on the Galaxy app store and is also quite lightweight. You can search for the video you want, the app will show the top 5 results, and from there on, you can go binge-watching.

As we all know, Samsung doesn’t support Google Maps on its watches and instead, we’re forced to use Here maps. For those of you who don’t want to make the switch, here’s an app that’ll help you navigate using the good old Google Maps on your Galaxy Watch. 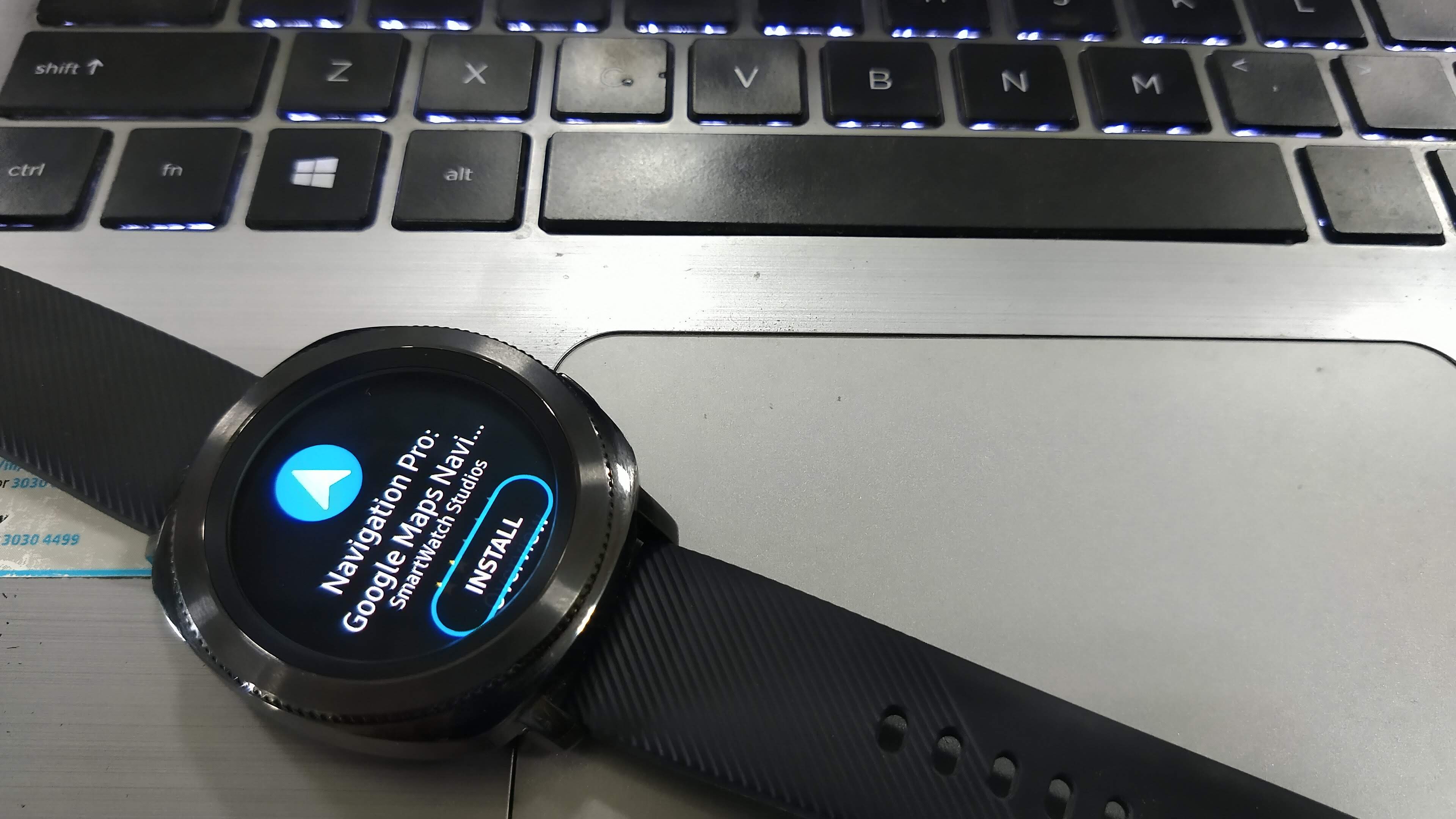 The app displays navigation prompts from your phone on your watch. It features autostart with navigation, voice output, customizable vibration and 102 languages to display on-screen information. You do, however, have to install a companion app on your phone which is paid, but totally worth it.

Now, this doesn’t sound like much, but having a voice memo app on your wrist can be really, really helpful. 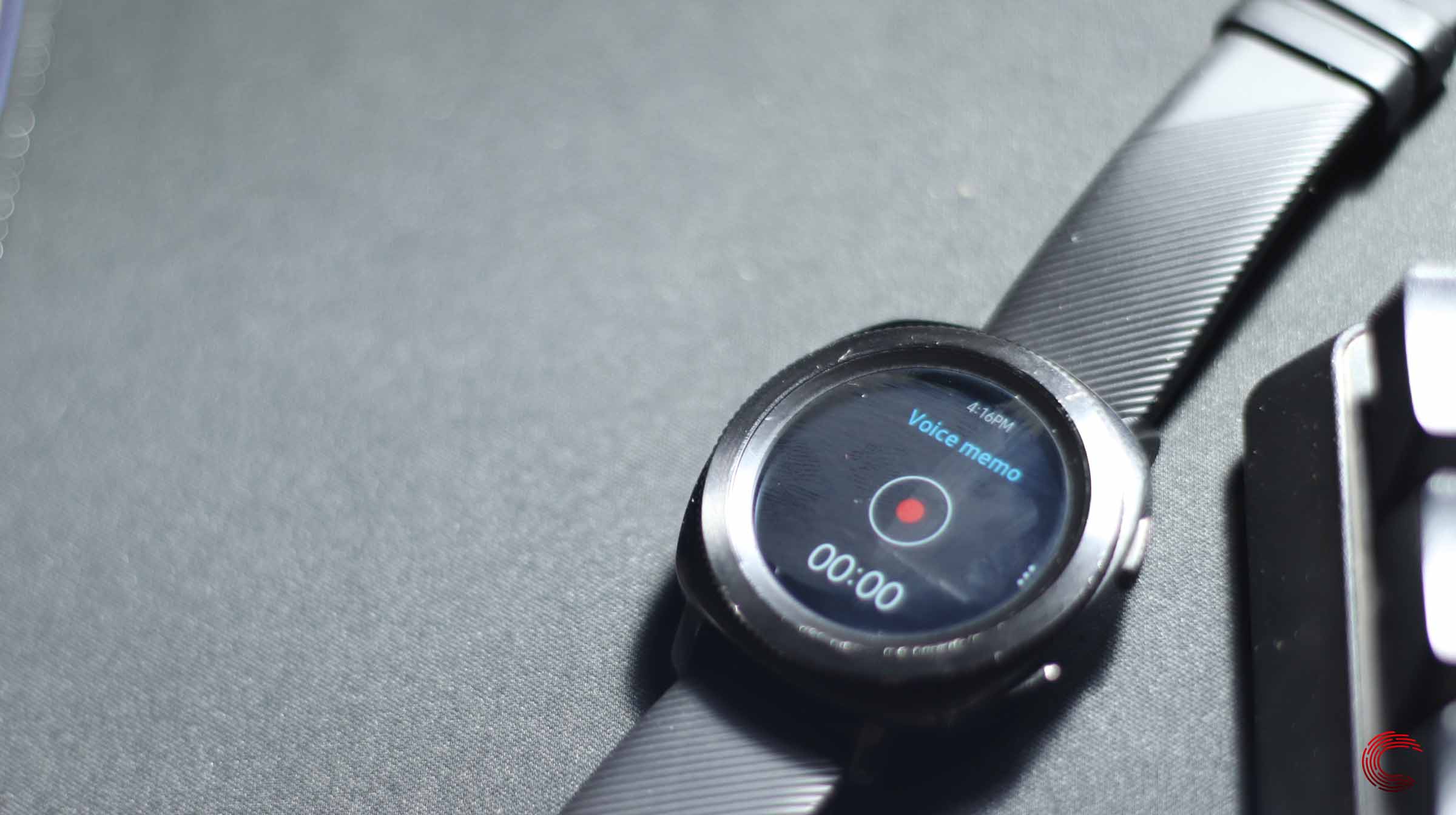 The app records your voice and stores them on your watch. You even have the option to convert your memos to text if you want. The notes are also copied over to your phone. The app does all of this really well and has been quite the lifesaver for me in certain situations.

Samsung Flow is a Samsung exclusive app that lets you share content/notifications between your phone and PC seamlessly. 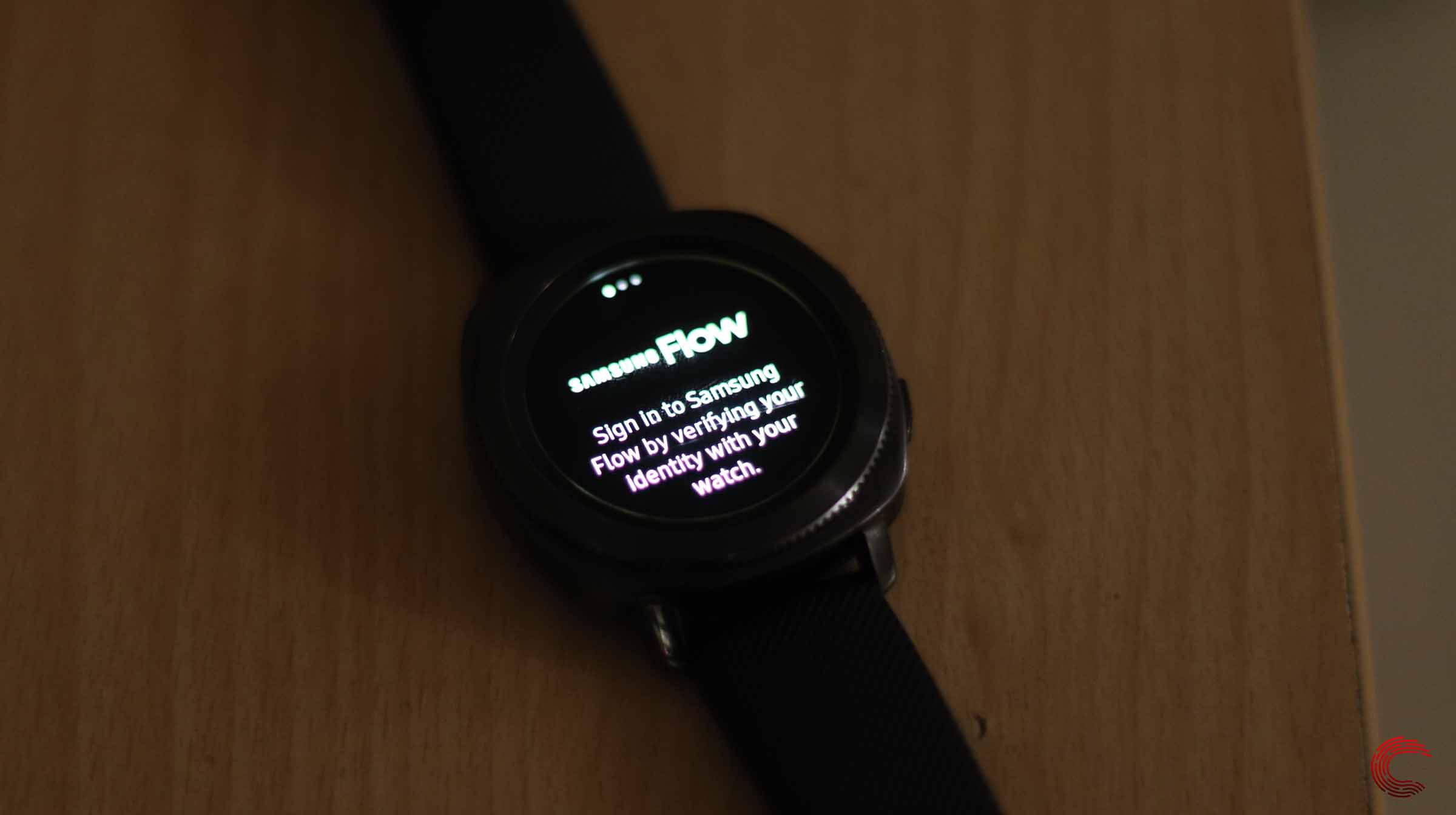 The watch version of the app, allows you to unlock your PC from your Galaxy Watch. It is a really cool way of keeping your computer secure, primarily if you work in a space where other people might have access to your computer.

Now while the Android app for this only works on Samsung devices, you can use the Flow experience just fine between your Windows PC and Gear/Active Watch.

Ever park your car in a vast parking lot and forget where it is? Well here’s your smartwatch to the rescue. 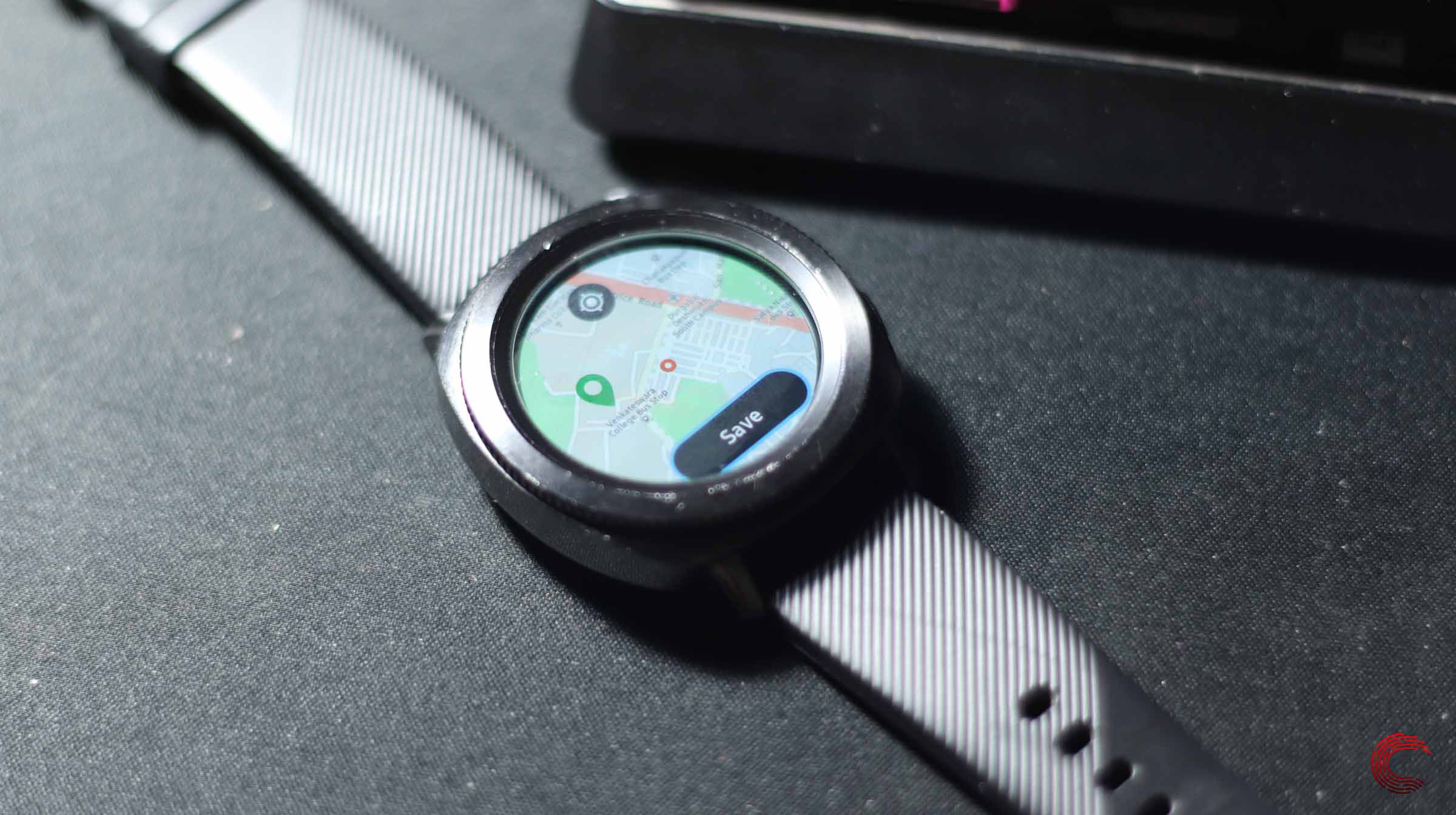 Find My Car allows you to record and log your car’s parked location along with a voice memo and a picture if you want. The watch app shows you exactly how far you are from your car and of course, your car’s location.

Now you can go ahead and use this for your bike as well. Just remember, it uses Here maps though.

You probably feel like I didn’t need to mention this app here but trust me, I’ve seen a lot of people struggling with their music wearing smartwatches. 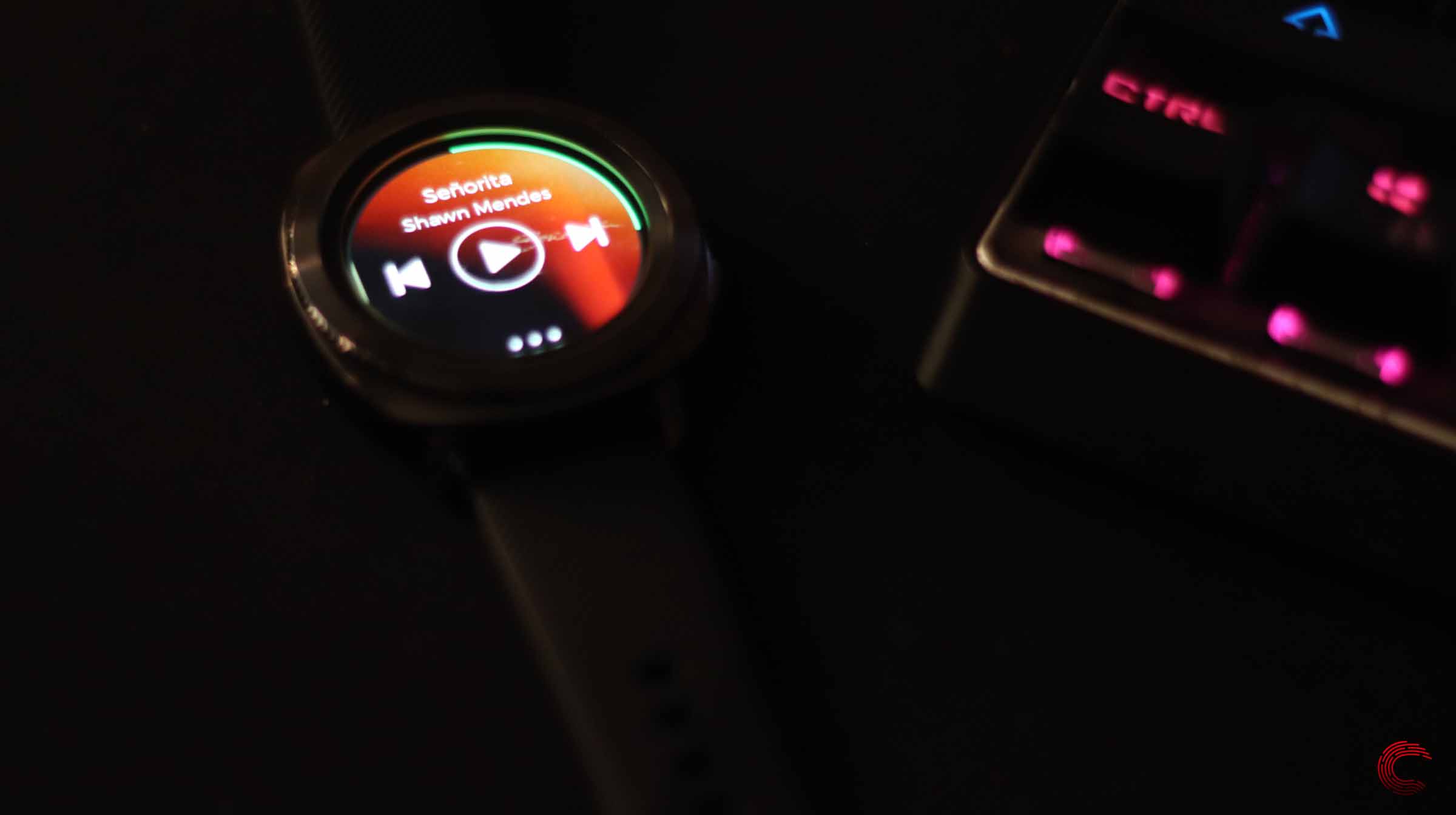 While the onboard music player in Galaxy watches is excellent and good enough to control music on your phone, Spotify does offer certain advantages. For once, if you mostly use Spotify, you get better user experience. You can even stream music directly to your watch if you want.

If streaming isn’t your thing, you can download music to your watch and take it with you.

If you’re bored by the already exhaustive watch face library the Galaxy store has to offer, give this app a try. 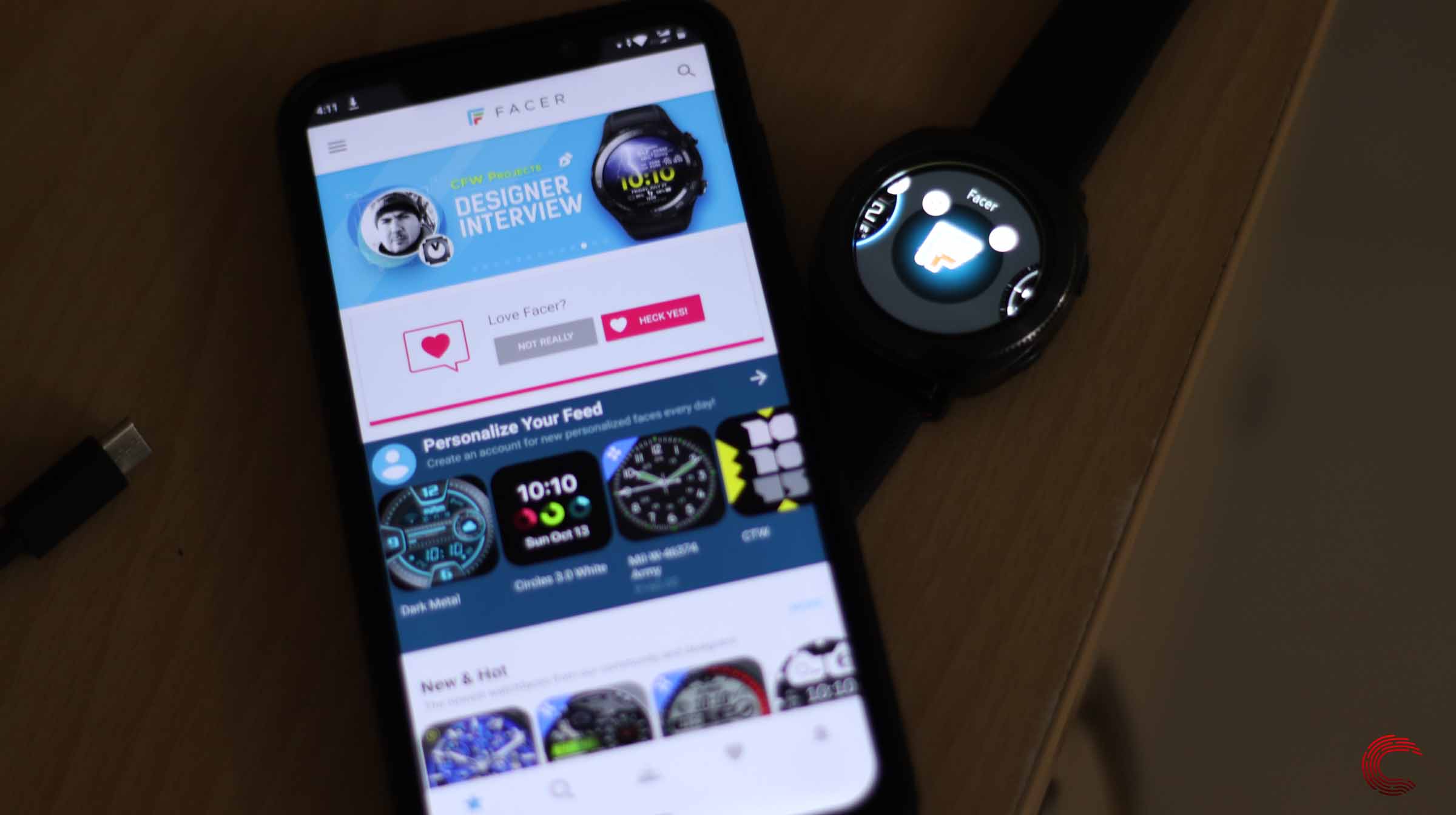 Facer lets you choose from over 15,000 customizable third-party watch faces. The app works in conjunction with an Android Companion app and has quite the collection ranging from Star Wars to Garfield. What’s more? You can even create your own watch faces on the go.

What’s great is that it works across OSs. Which means it’s available for both WearOS and TizenOS as well.