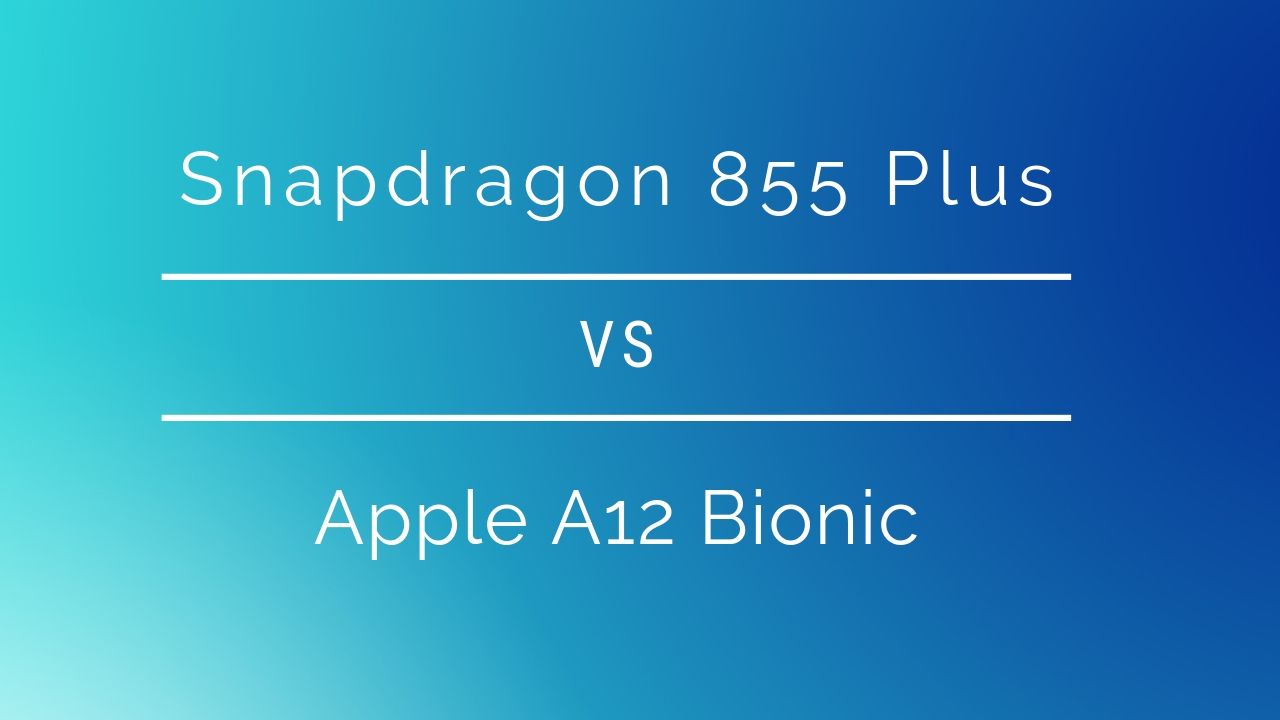 For the last few years, Apple has been the undisputed king of all silicon present in our phones. Ever since the A10 came to the market with the iPhone 7 series of phones, Apple has continued to outperform its rivals. In an attempt to show the world that Apple is not the only powerhouse, Qualcomm has announced a mid-year refresh for their flagship chipset in the form of the Snapdragon 855 Plus.

In this article, we will pit this new chip against the A12 Bionic and compare their most contrasting points. Read ahead to find out how they compare.

What does the new 855 Plus bring to the table?

According to the chipmaker, Snapdragon 855 Plus is an advanced platform set to improve the on-the-go gaming experience. The chipset’s base clock speed has been bumped up to 2.96GHz from the 2.84GHz present on the 855. The Adreno 640 GPU has also been worked upon to provide up to 15 percent better graphical performance.

But that is not the end of it. Qualcomm’s Snapdragon 855 was the first chip to bring 5G support to consumer phones. The 855 Plus only improves upon this functionality by tying the X50 5G modem with the multi-gigabit Snapdragon X24 LTE 4G modem. According to the company, it provides a more efficient connection allowing for a smoother online gaming experience.

Also read: How many cores and GigaHertz do you need on your processor?

How does it stack up against the A12 Bionic?

Both the chips use the industry-standard 7nm process, which leads to better efficiency and performance for users.

The A12 Bionic, in the case of a direct comparison, uses lesser cores than the 855 Plus. Apple’s chip has six cores, while the latter uses an octa-core set up similar to the 855 but with a different base clock speed.

Apple’s chip has two performance cores linked with four efficiency cores with an officially undisclosed clock speed(Geekbench rates it at 2.5GHz), whereas the Snapdragon uses eight Kryo 485 cores with a clock speed of 2.96GHz.

According to Geekbench’s result tally, the XS Max with its A12 Bionic had a single-core score of 4798, and a multi-core score of 11215 outperforms the 855 on a OnePlus 7 Pro, which has scores of 3414 and 10544, respectively. But if the 15% improvement of the 855 Plus is as substantial as the company have made it sound, the Qualcomm chip may finally be a match for Apple’s chip.

Here we cannot directly compare as the Snapdragon 855 Plus offers 5G capability, which the A12 does not. 5G makes the new chip more future-proof, and a considerable alternative as 5G is the direction where the tech world is heading. Keep in mind that the A12 Bionic is Apple’s last-generation chip, and a new processor likely to be announced alongside the new iPhone’s this year.

You can take a look at the table below for more details.