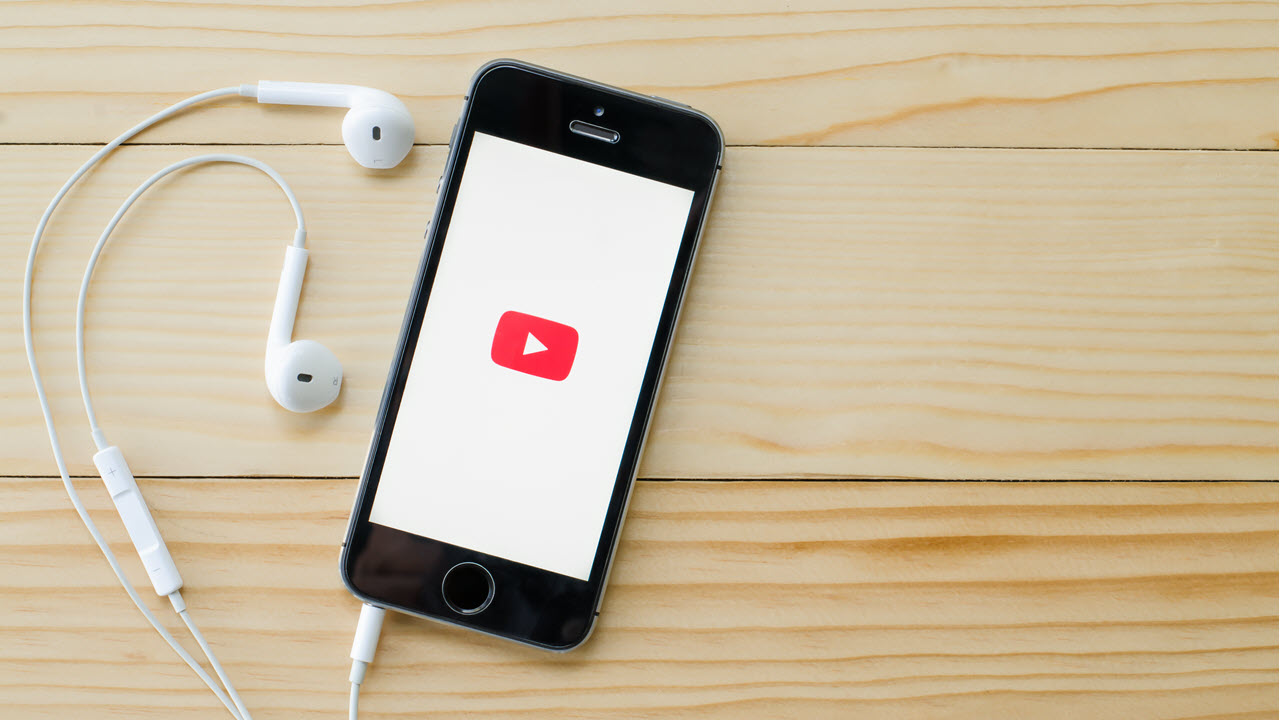 The YouTube tech community has existed for a long time, and they are highly capable people who deliver the best of tech content on the planet. They unbox and review all kinds of products related to tech.

Whether you want to learn about new devices or just want to have a look at how they work, these tech YouTubers have always got you covered.

These influencers get to sample products from most of the big names in the tech scene and get to play around with those newly announced devices.

The technological world has been moving and progressing rapidly over time, and these tech YouTubers should be your go-to for all things tech.

In this article, we list out the top 11 tech YouTube channels that are the best at what they do (in no particular order). 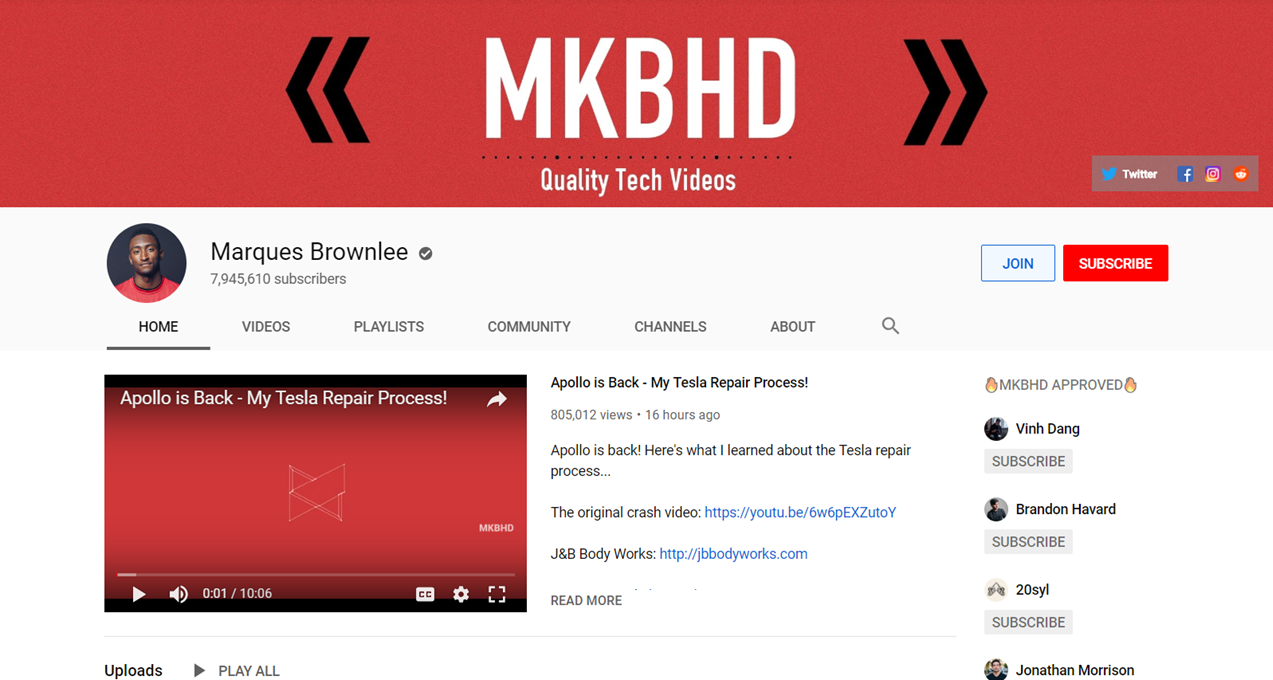 MKBHD aka Marques Brownlee can be called as the ‘OG’ tech YouTuber of all time. He has been uploading tech content since 2009, and his channel has come a long way since then. Currently, he has 7.9 Million subscribers that follow him regularly.

MKBHDs technology content is one of a kind made by using high tech video gear. His channel mostly focuses on unboxing new products and product reviews along with car tech. 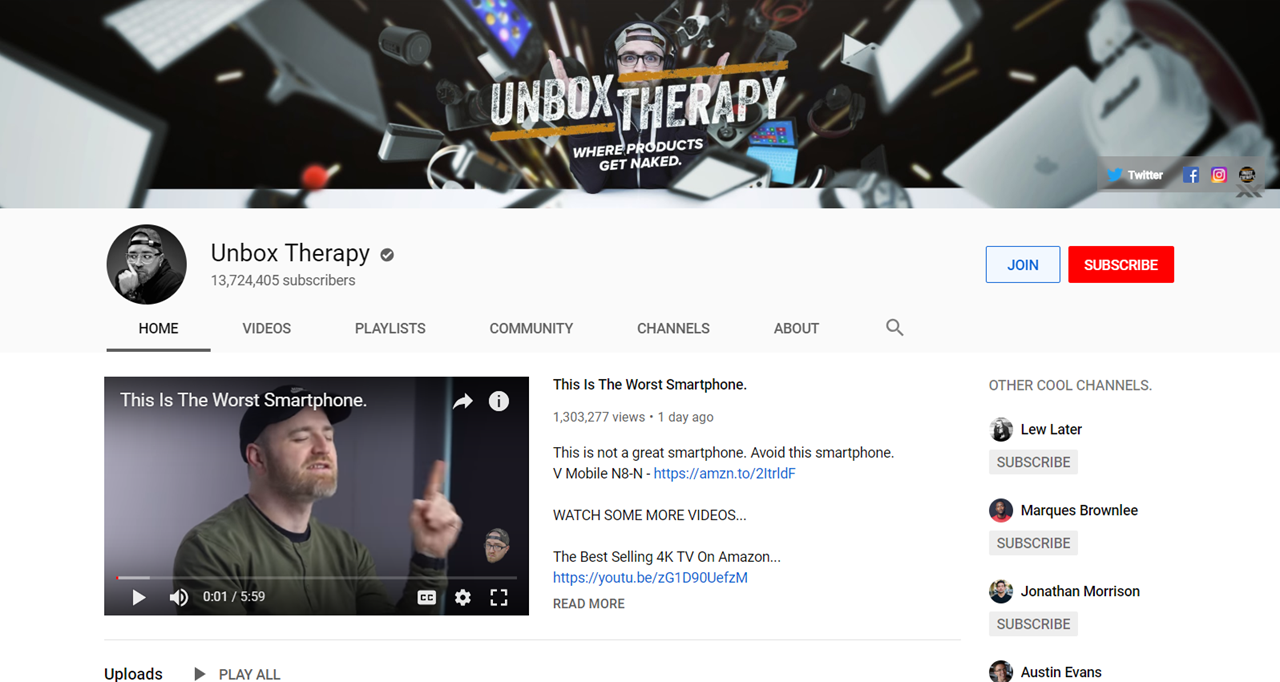 Unbox Therapy hosted by Lewis Hilsenteger is a tech YouTube channel based out of Canada. This channel is popularly known for unboxing new and unique products and then giving an overview of them.

At the time of writing, Unbox Therapy has about 13.7 million subscribers on YouTube, which is a big feat. This channel has regular uploads and surely delivers quality content. 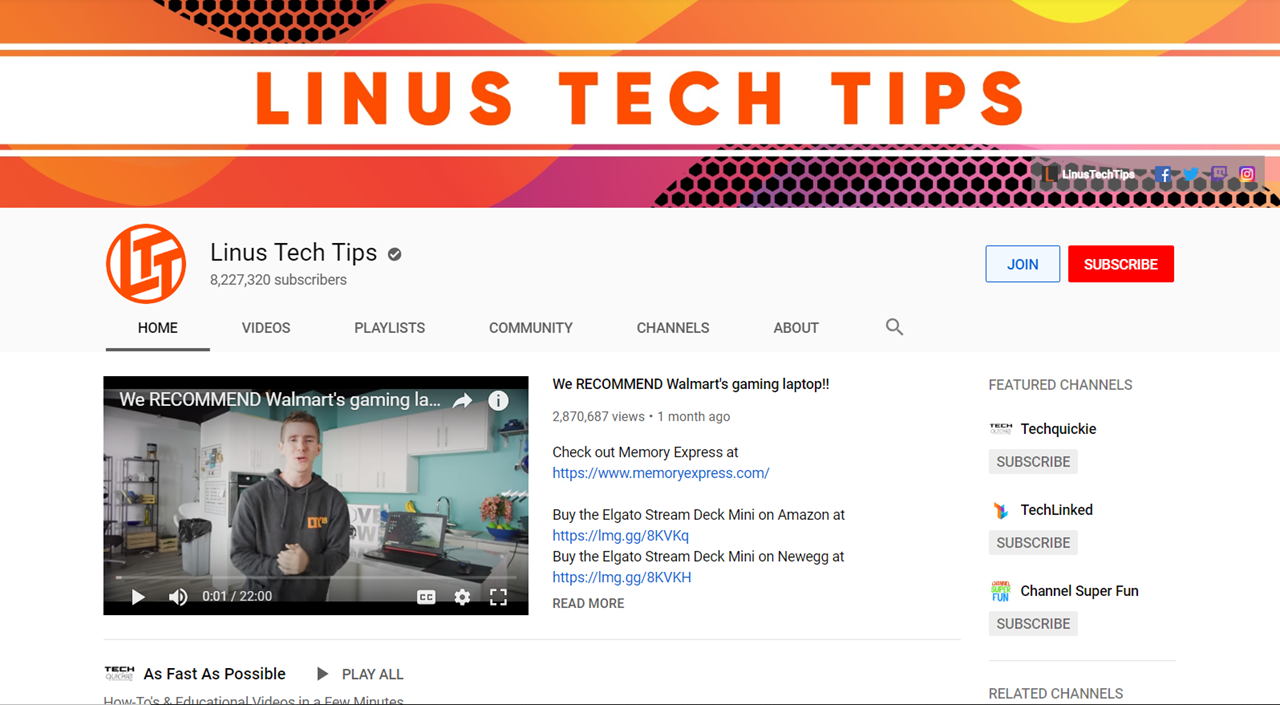 LTT is a tech channel that is run by Linus Sebastian and his crew, which is based out of Canada. This is a great channel to come across for any tech. Their primary focus lies on unboxing and reviewing computer components and making custom rigs and testing them out.

LTT is an excellent resource for anyone that needs help related to computer peripherals. His style is a bit comedic and quirky. 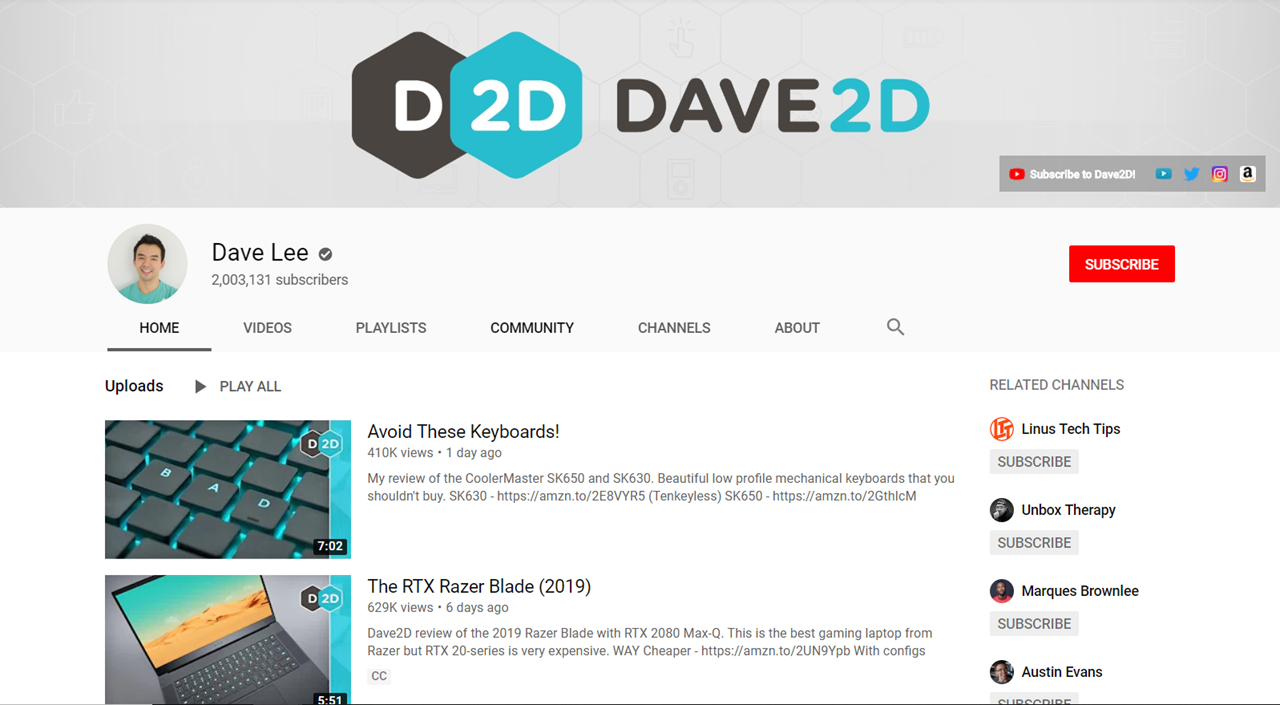 Dave2D hosted by Dave Lee is a great channel. The channel is full of high-quality tech videos that are very well thought and executed. The channels intro is always unique and also has excellent graphics.

Dave is a soft-spoken person and always dives deep about the products that he reviews. His channel mostly contains videos on the latest and greatest laptops, computer peripherals and smartphones. 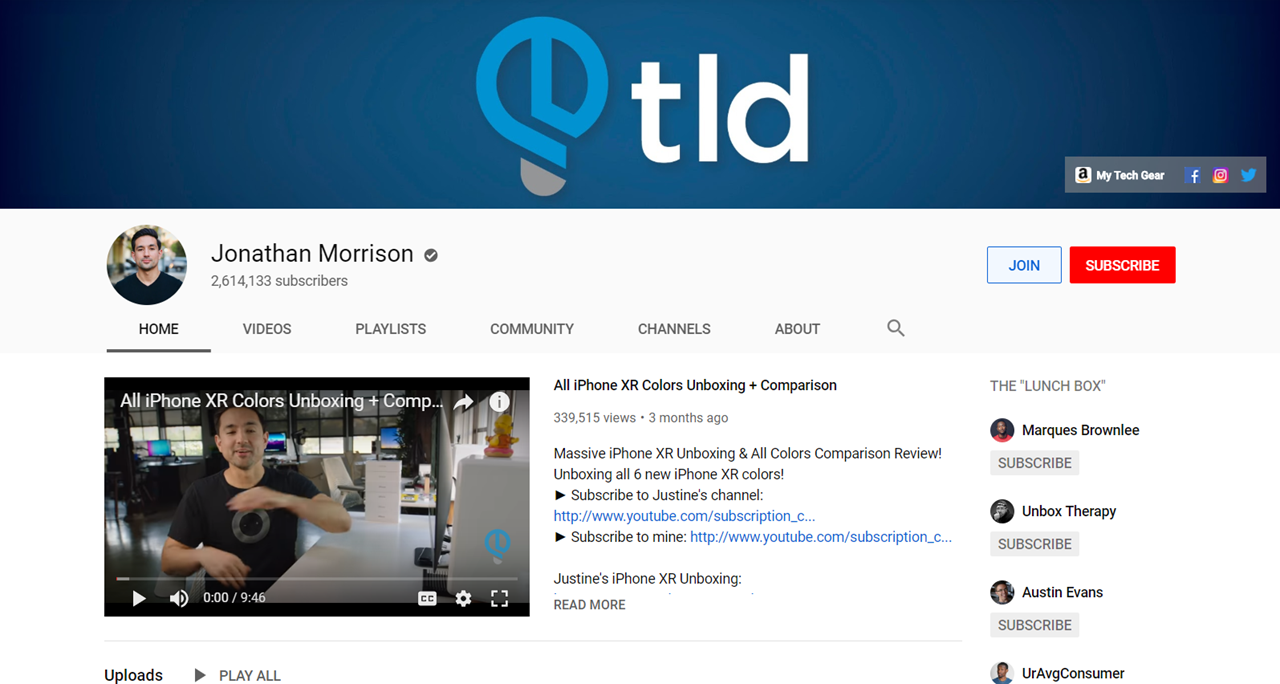 Jonathan Morrison is a tech YouTuber that has been in the game for long — providing some crispy and quality content. All of his videos are very well thought out and executed. They are mostly highly cinematographic and fancy shots.

His channel focuses on everyday tech and various desk setups amongst other things. He has about 2.6 million subscribers on YouTube. 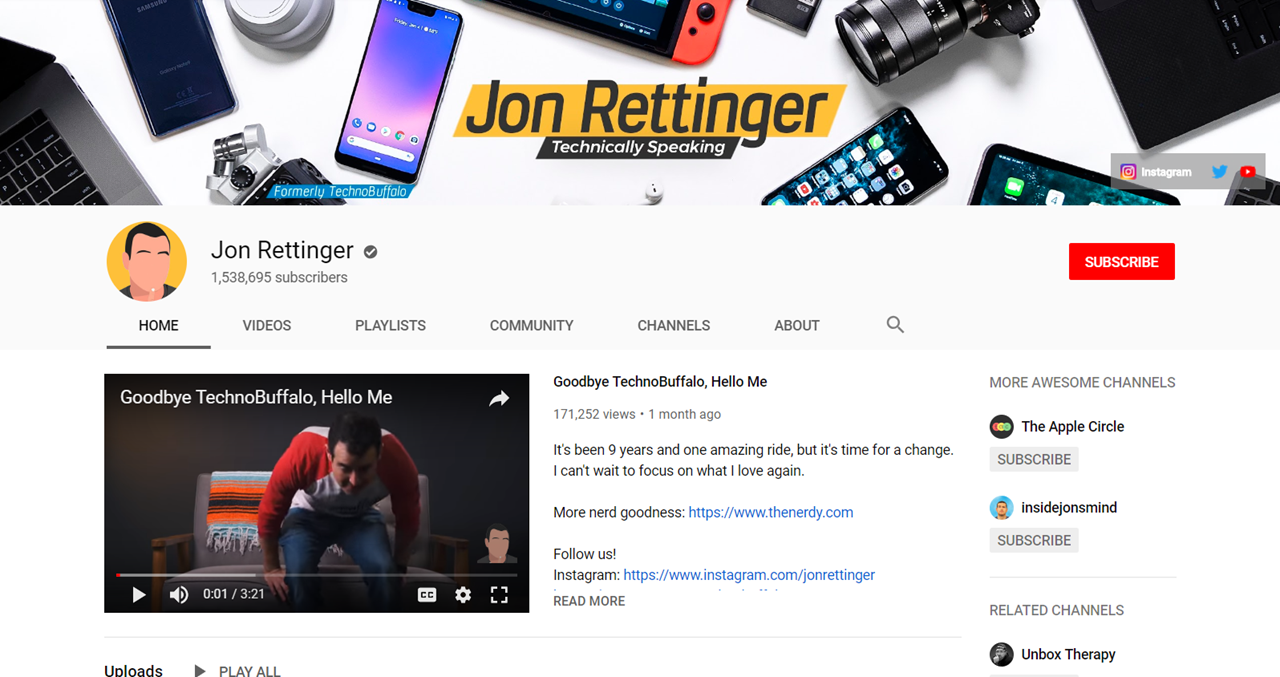 Jon Rettinger, the creator of TechnoBuffalo, is a professional tech reviewer. He is a great host and makes some high-quality content to go with. His videos include product reviews, smartphone comparisons, smartwatches, and a lot of other things.

You can expect some honest reviews and opinion on all the products he tests. 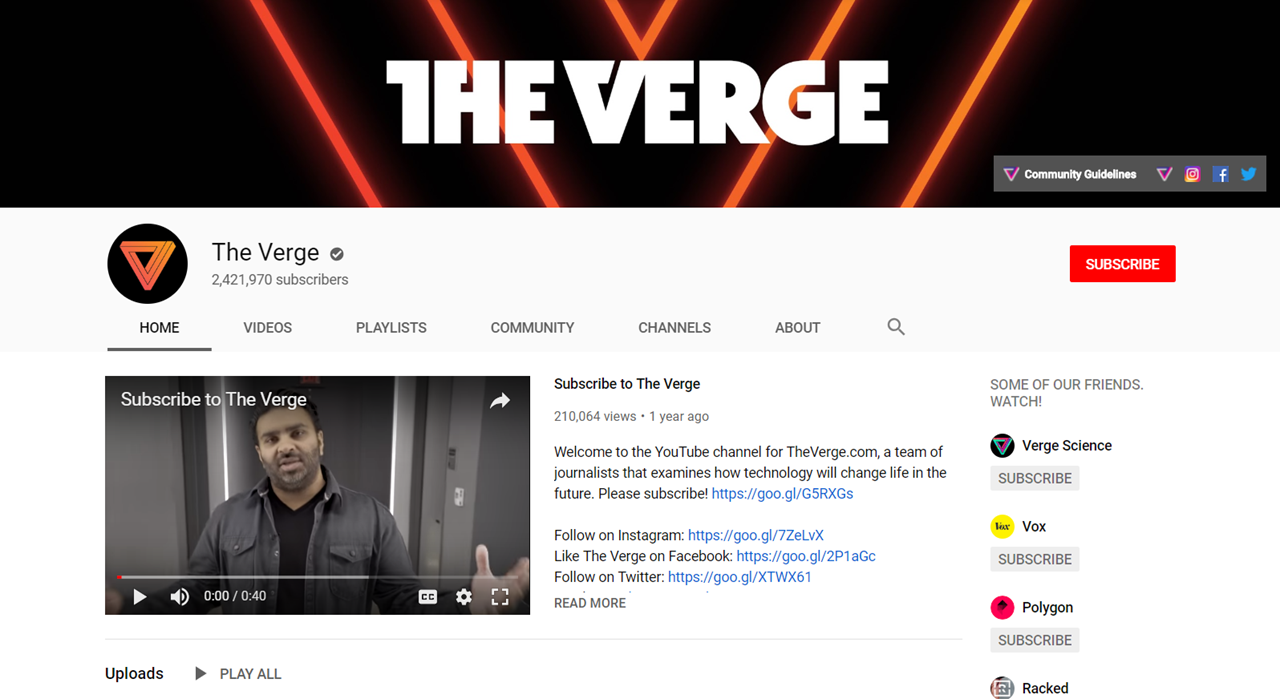 The Verge is a top-rated tech company that runs various channels on YouTube. Some of these include a podcast channel, a science-explained series and much more.

The Verge is a professional organisation that delivers some high quality and concise content. They mostly are straight to the point in their videos and do not prolong unnecessarily. They review all sorts of tech products including smartphones, laptops, gaming consoles and much more. 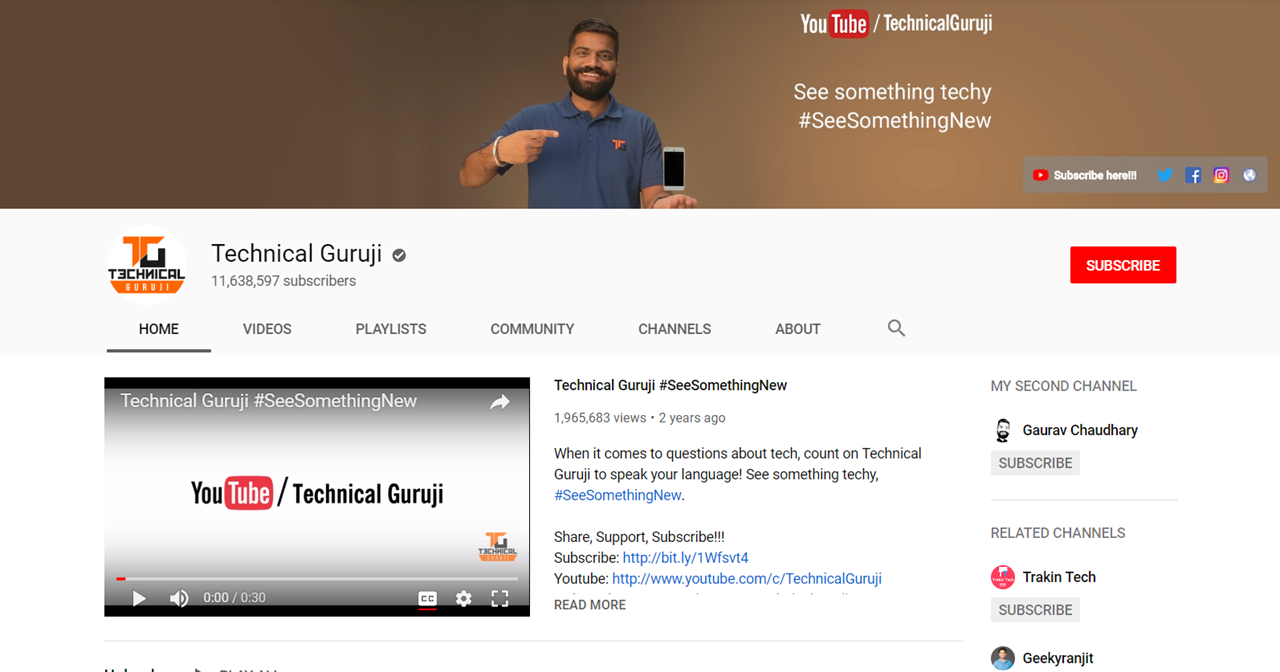 Technical Guruji aka Gaurav Chaudhary is one of the renowned Indian tech YouTube channel. This channel has gained subscribers in a flash. His way of delivering content to the Indian audience has made him very popular among the masses.

Technical Guruji posts two or more videos a day at times, which covers everything about the current tech news in the world and also product unboxings and reviews. His channel has about 11.6 million subscribers.

Except for this, Gaurav also has a travel vlogging channel that he uploads on every time he is travelling. 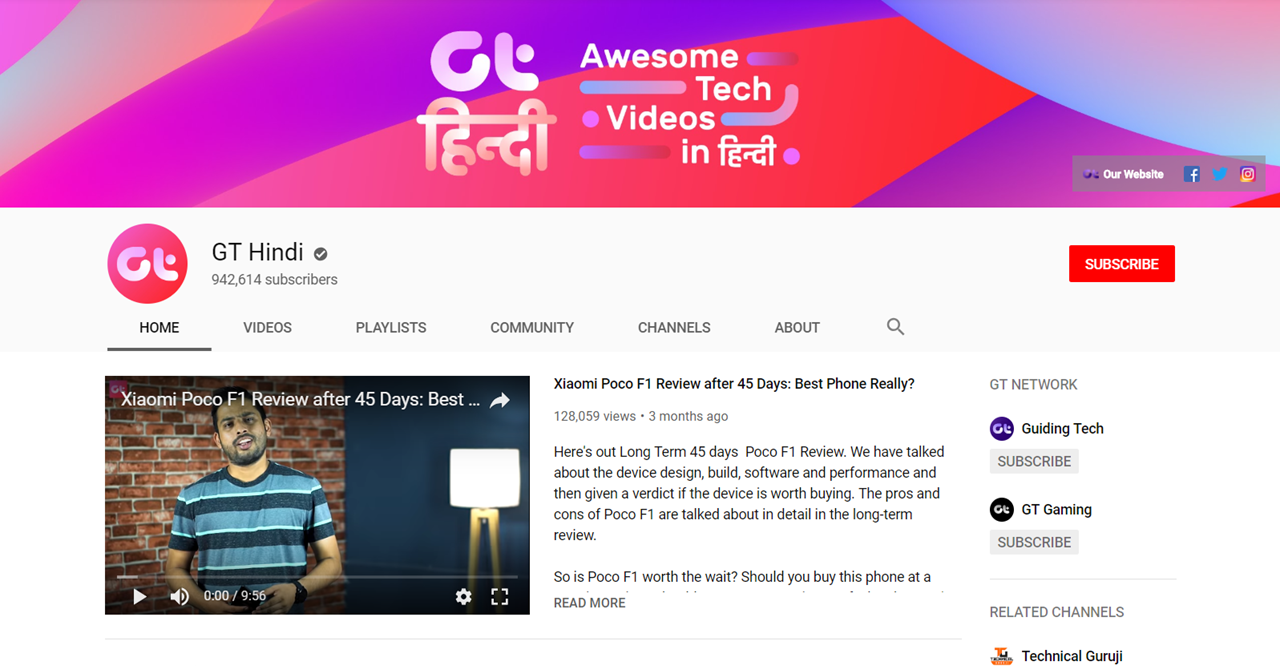 As the name suggests, Guiding Media’s GT Hindi is one of the fast emerging YouTube channels in the vernacular. Owing to the host Ashish Mundhra’s catchy tone, strong connection with their audience and inspiring cinematography, this YouTube channel has grown close to a million followers in a little over two years.

GT Hindi makes videos about scores of tech-related topics including tricks and tips for smartphones, cameras, apps, gadget reviews, lists, smartphone gaming and loads more. They have a separate English channel as well as a dedicated gaming channel. 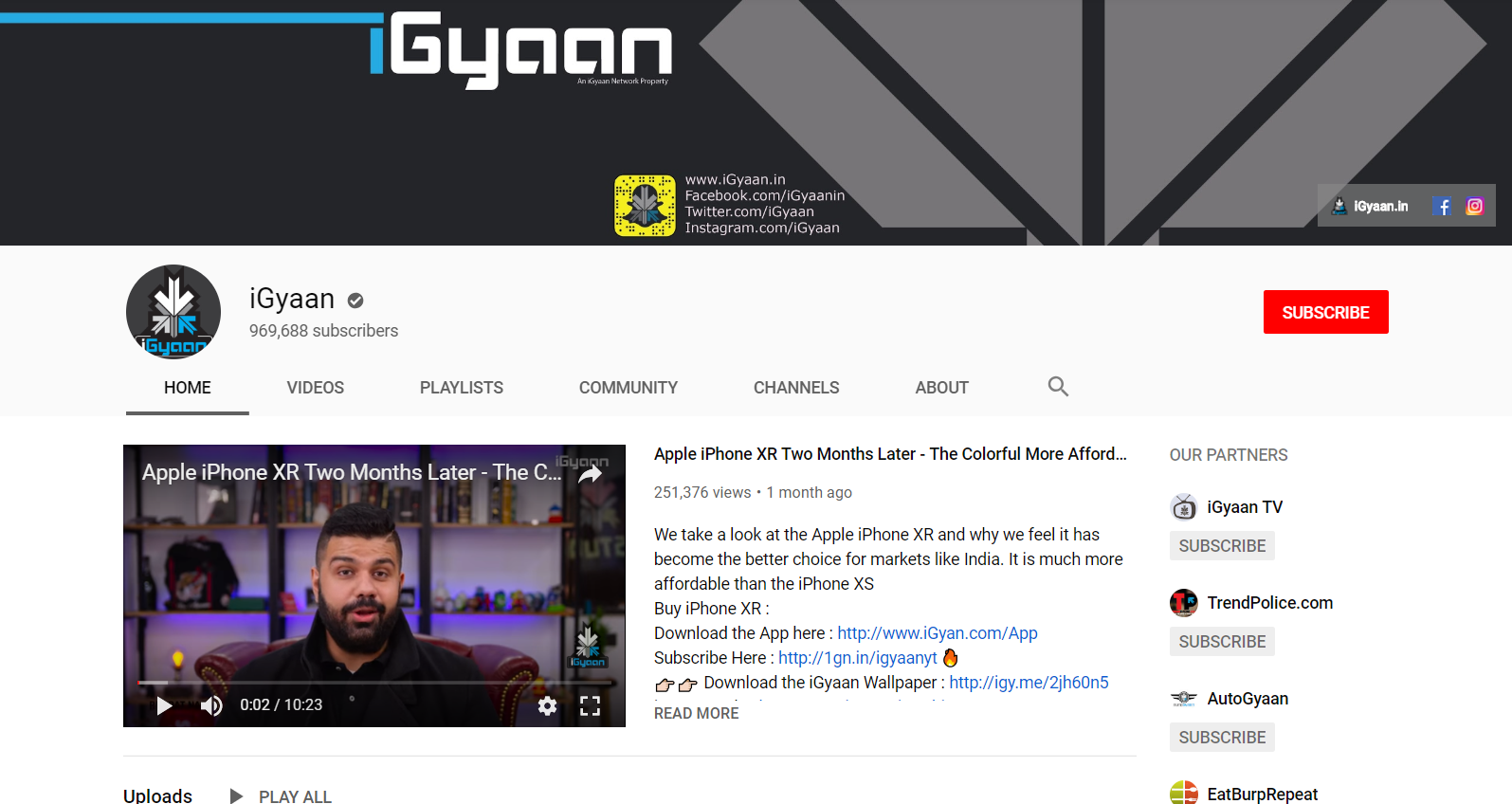 New Delhi-based iGyaan is a professional company that breathes tech. They are one of the oldest tech channels from India and have been delivering quality content ever since.

Their channel includes budget tech reviews, laptops for the Indian market, the best tech under – series and much more.

Beebom is a news media company based out of India that covers technology news, reviews and produces quality tech videos. They have gained a large number of subscribers in a short period due to their well-produced videos and viral content.

They cover all possible area of tech including photography and gaming.