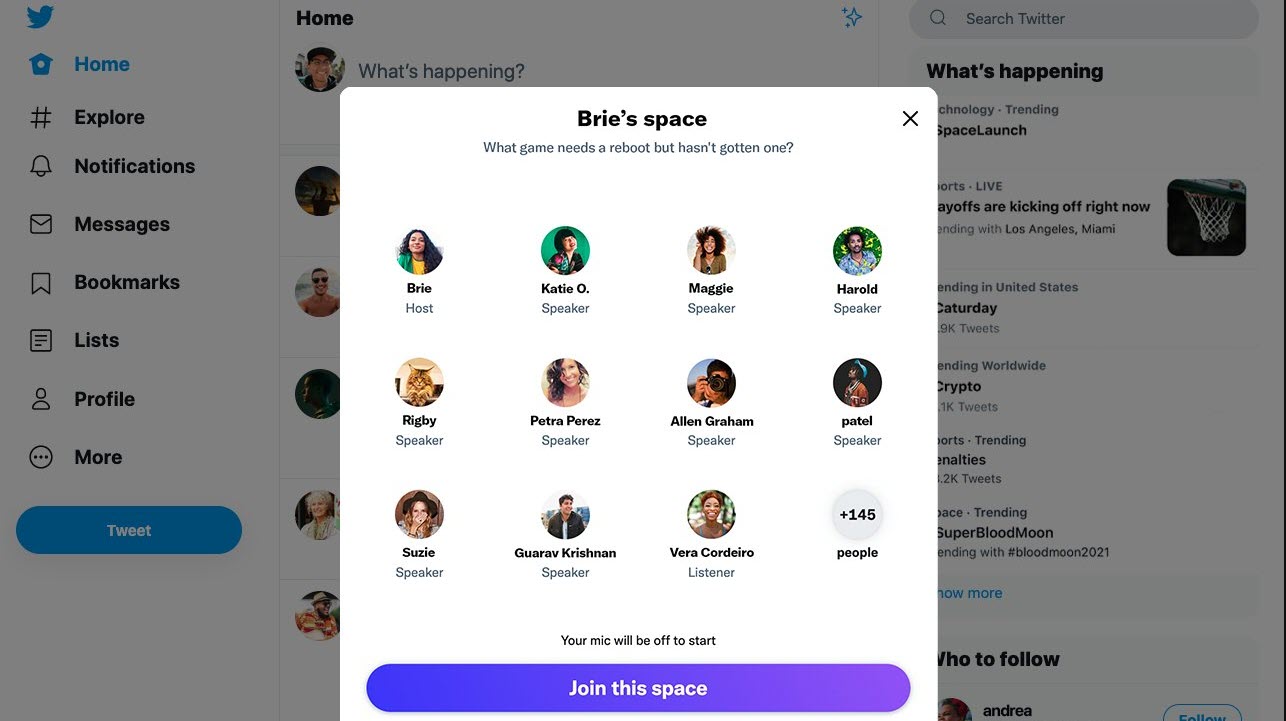 Twitter users can now join Spaces through web browsers on mobile or desktop but they won’t be able to host rooms on browsers yet. Previously users could only join Spaces via Twitter’s Android or iOS apps.

The availability of the features on more platforms makes it more accessible to a wider audience. However, the lack of hosting feature on web browsers, which are the primary way people use Twitter on a PC, remains a caveat in the entire experience.

Twitter’s Clubhouse-like feature was rolled out to selected people in December 2020 and was made more broadly available to everyone on Android and iOS earlier this month. Anyone with more than 600 followers can host Spaces through the Twitter app.

Twitter is also working on several new features for Spaces, including co-hosting, scheduling, block labels, warnings and ticketed Spaces, which will allow the hosts to charge for access to their conversations. It is currently being tested with a small group of hosts who can set ticket prices and quantity.

Earlier this month it was also revealed that Twitter is testing a new subscription plan, codenamed Twitter Blue, starting at $2.99 per month.

In a bid to provide more monetary avenues for creators and popular Twitter users, the San Francisco-based social network also introduced a new feature called Tip Jar, which allows users to send and receive tips on the platform.

In the News: Twitter calls out GoI’s new IT rules; MeitY hits back