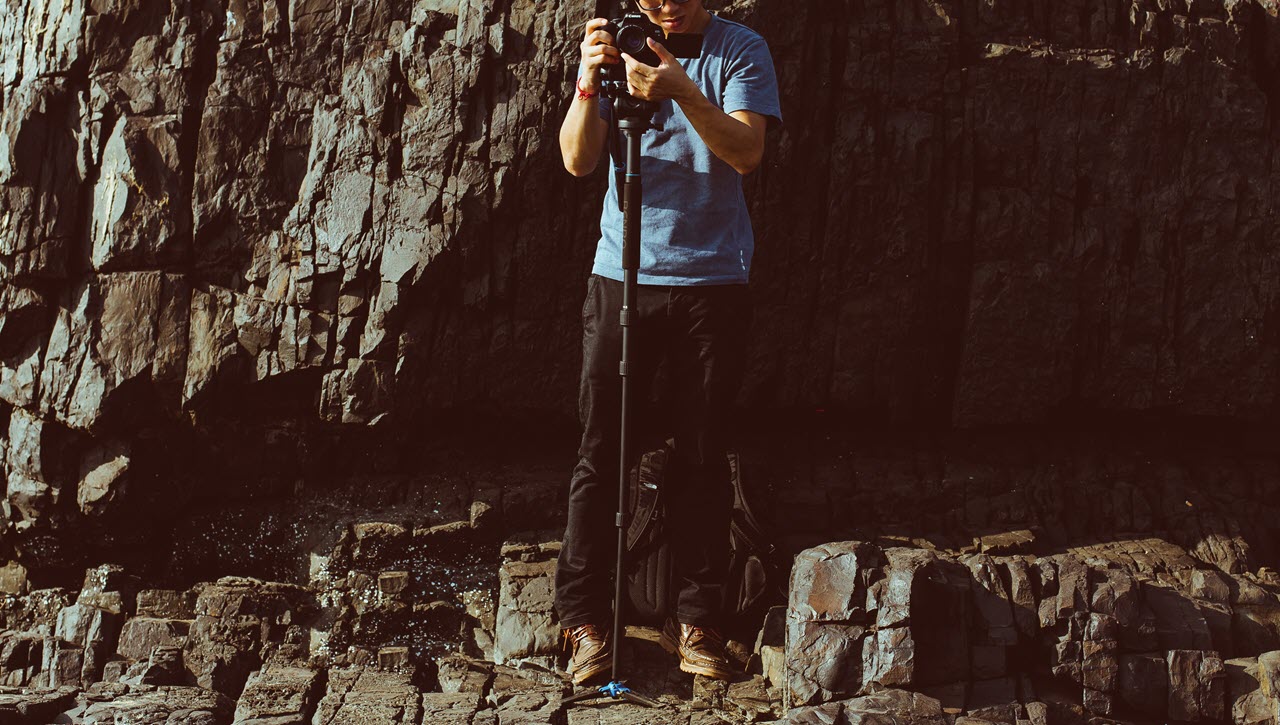 Photography 101: What are Monopods and why should you use them?

Taking stationary shots is often a photographer’s biggest challenge. As you keep on racking more glass and equipment on your camera body, it tends to get heavier, and at some point, you’re going to need help.

For such situations, we usually turn to tripods. Our trusty old friends that keep our cameras in place. Tripods are great. They can hold, phones, cameras, lenses, pretty much everything and can open up the avenue to a whole new world of photography.

However, the ever-increasing popularity of the tripod often clouds its younger sibling — the monopod.

As the name suggests, a monopod is a stand for your camera, but with one leg. Having one leg gives the monopod a clear disadvantage over the tripod. So why would you ever use it? Read on to find out.

Also read: What is Exposure bracketing? How to take bracketed exposures?

What should you use Monopods?

Aforementioned, a monopod is just a tripod with one leg. That’s the simplest way to put it. So why would you use one? I mean, if there’s only one leg then it can’t balance itself, right? Well technically yes, but that isn’t something a monopod is supposed to do.

If you’re a regular tripod user, you know that it can take some time to set up a tripod. If you’re shooting an event or a sport, that setting up time can mean you’ve missed the shot. You might as well take the shot without the tripod, but then you’re not as stable.

This is where monopods come in handy. Since it’s essentially just a stick, you can move around with it pretty quickly and set it down on the ground to get a perfectly stable shot. Monopods cut down all the setting up time and space required for a tripod. When you’re running around and wabbling at an event, this comes handy.

Not only this, monopods allow you to have smooth camera movements as well. You can pan, tilt or move around your camera as much as you like and you’ll always get smooth motion as your camera is merely rotating about an axis. Sure you could do the same with a tripod, but a monopod is so much easier.

Perhaps the most significant advantage of using a monopod comes in when you’re trying to shoot video. Monopods help a lot in smoothing out camera shake in shots where you require camera movements (especially tracking shots).

By holding your camera from your monopod, you might successfully remove camera shake as you have a more ergonomic and stable object to hold, and your footage can go on to a whole another level. You can pretty much eliminate the need for a gimbal if you properly execute this move.

Both a tripod and a monopod serve a different purpose and come with their own pros and cons. A good photographer can appreciate both these things. Also, while you can’t use a monopod to hold your camera in place, you can use a tripod as a monopod by folding it down.

Next time you’re shooting something, especially video, try using a monopod or even your tripod, and you’ll be surprised by how easy and fast it makes the whole process.