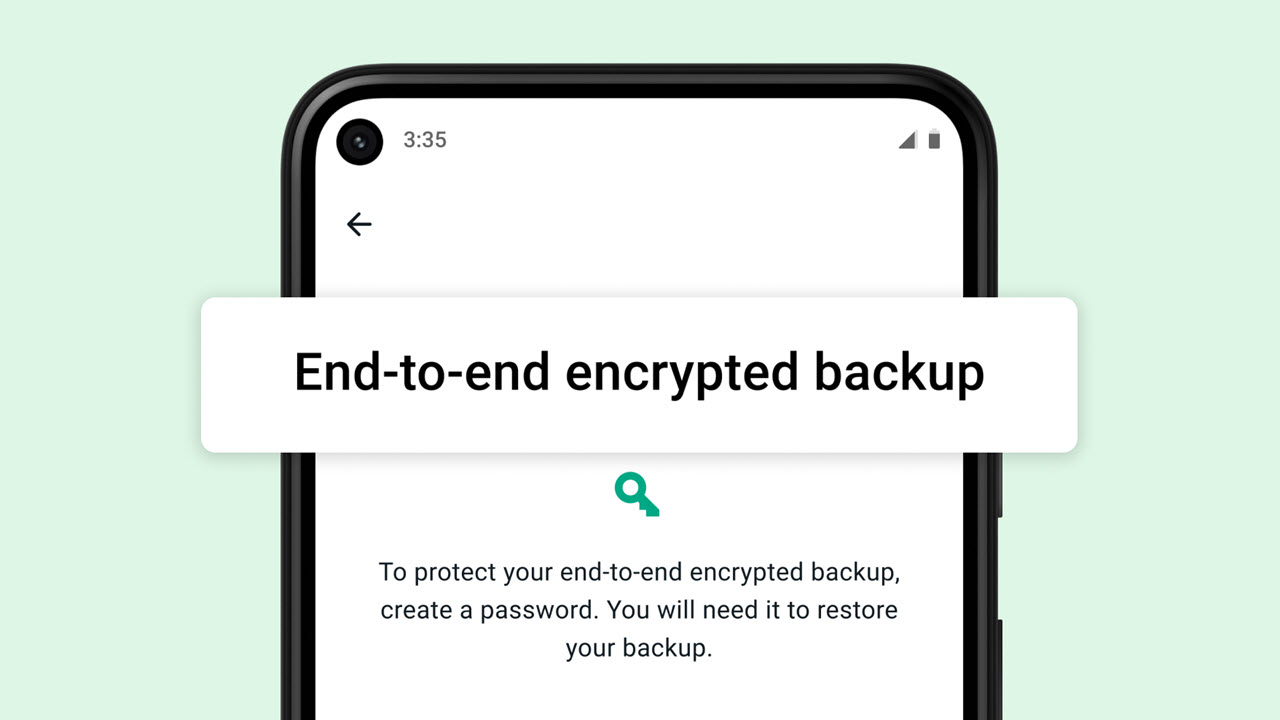 Whatsapp is expanding its end-to-end encryption coverage for private chats on the app by adding an option to encrypt chat history backups on iOS and Android.

People using Android have an option of creating a chat backup in Google Drive, and those using iOS can create one in iCloud. However, these backups weren’t encrypted until now, which resulted in a loophole that allowed room for surveillance, often exploited by governments worldwide.

Whatsapp users can now protect their chat backups with either a custom password or 64-digit encryption key that can be generated in-app. According to Facebook-owned service, both the password and encryption key will only be accessible to the user — Whatsapp, Apple or Google can’t access these.

End-to-end encryption for chat backups has started rolling out to anyone with the latest version of Whatsapp globally.

While this certainly is good news for Whatsapp’s two billion-strong userbase, any repressive regime worldwide that has been using this loophole to snoop into people’s private conversations might have an issue.

In May this year, Whatsapp filed a lawsuit against the Indian government over the traceability clause in the new IT Rules 2021, saying that it “would break end-to-end encryption” and “undermine” user privacy.

The lawsuit filed by the Facebook-owned messaging service requests the Delhi High Court to consider the violation of privacy rights caused by one of the new IT rules that require social media companies to trace messages to ascertain the origin of a piece of information.

India isn’t alone in the surveillance race as governments worldwide, including those in the USA and UK, don’t want end-to-end encryption.

“We are making available an extra, optional layer of security to protect backups stored on Google Drive or iCloud with end-to-end encryption. No other global messaging service at this scale provides this level of security for their users’ messages, media, voice messages, video calls, and chat backups,” Whatsapp announced.

In the News: HTC announces immersive Vive Flow glasses to “go with the flow”

How to enable end-to-end encryption for chat backup?

Since it’s an optional feature, people will have to enable it manually to encrypt their chat backups. Follow the steps mentioned below to turn on end-to-end encrypted backup on Whatsapp.

Whatsapp will now start creating the end-to-end encrypted backup. This process might take a while, so connecting your device to a power source is recommended.

How to disable end-to-end encrypted backup?

If, for some odd reason, you don’t want to encrypt your chat backups on iCloud or Google Drive, follow the steps mentioned below.