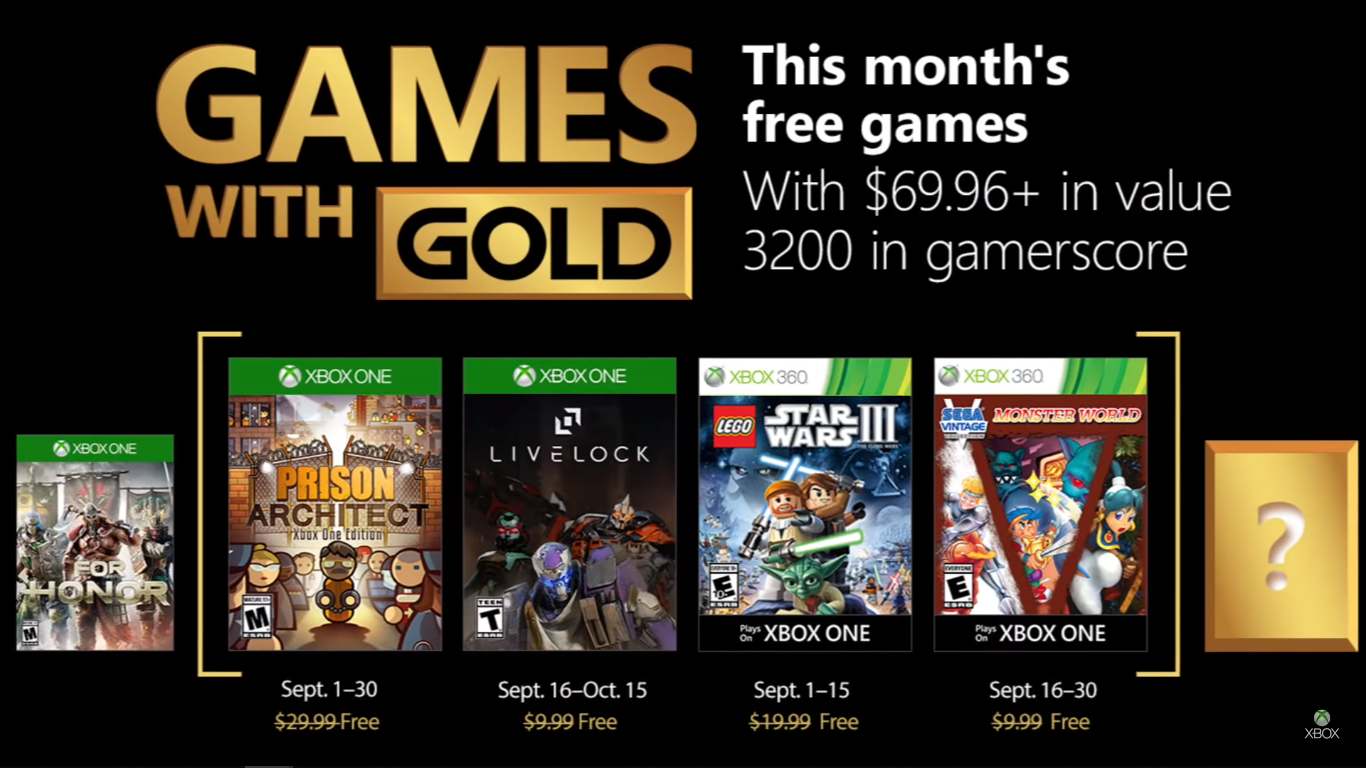 Microsoft has announced the four games with gold that’ll be available to its Xbox Live Gold members in September 2018, which are worth more than $69.96 in value and 3200 in gamerscore.

Both Xbox 360 and Xbox One users will gain access to two titles each to play for free as part of the ‘Games with Gold’ programme.