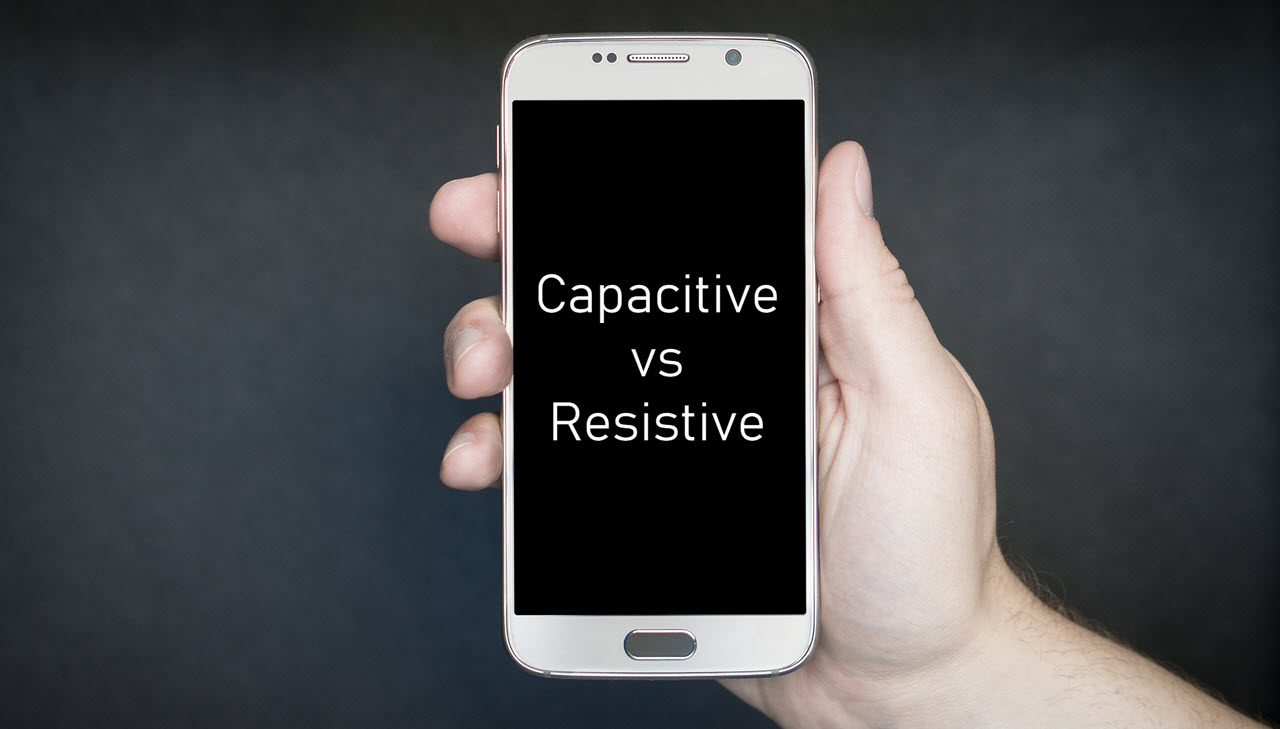 Capacitive and resistive touchscreens are the most popular types of touch screens available on the market although capacitive screens came first resistive screens were hugely popular when phones were transitioning to touch screen displays.

In this article, we’ll explain about the both of them and answer if resistive screens are still used.

Even though capacitive displays were developed before resistive touchscreens, manufacturers were hesitant to put them on consumer grade products as they were expensive to make. But today almost all touch screens on both consumer and commercial grade products are capacitive as over the years they have become cheaper to manufacture.

How do they work?

Unlike resistive screens, capacitive screens use electrodes on the corners of the screen to detect the conductive properties of your finger upon a touch input, thereby, allowing the phone to recognise your touch.

Disadvantages of the capacitive touchscreen

Resistive touchscreens technology is primitive in comparison with capacitive screens. It comprises of layers separated by thin gaps of air. The layers comprise of plastic (polycarbonate) on the top and glass at the bottom separated by invisible dots to prevent them from touching.

How do they work?

When you use your finger or stylus to register the touch input, you press the layers together, causing a fluctuation in the current allowing the phone to recognise the input point and respond accordingly. Although sounds rudimentary, it’s not without its merits.

Today, almost all the modern devices including the cheap ones have switched over to capacitive touchscreens. You can only find resistive touch screens on industrial machinery where its strong points such as dust resistance and usability with gloves lend it an incredible value.

Capacitive and resistive screens have unique value to them causing them to be perfect for different applications and will continue to do so until a better alternative is developed.