How to connect Nintendo Switch to a laptop? 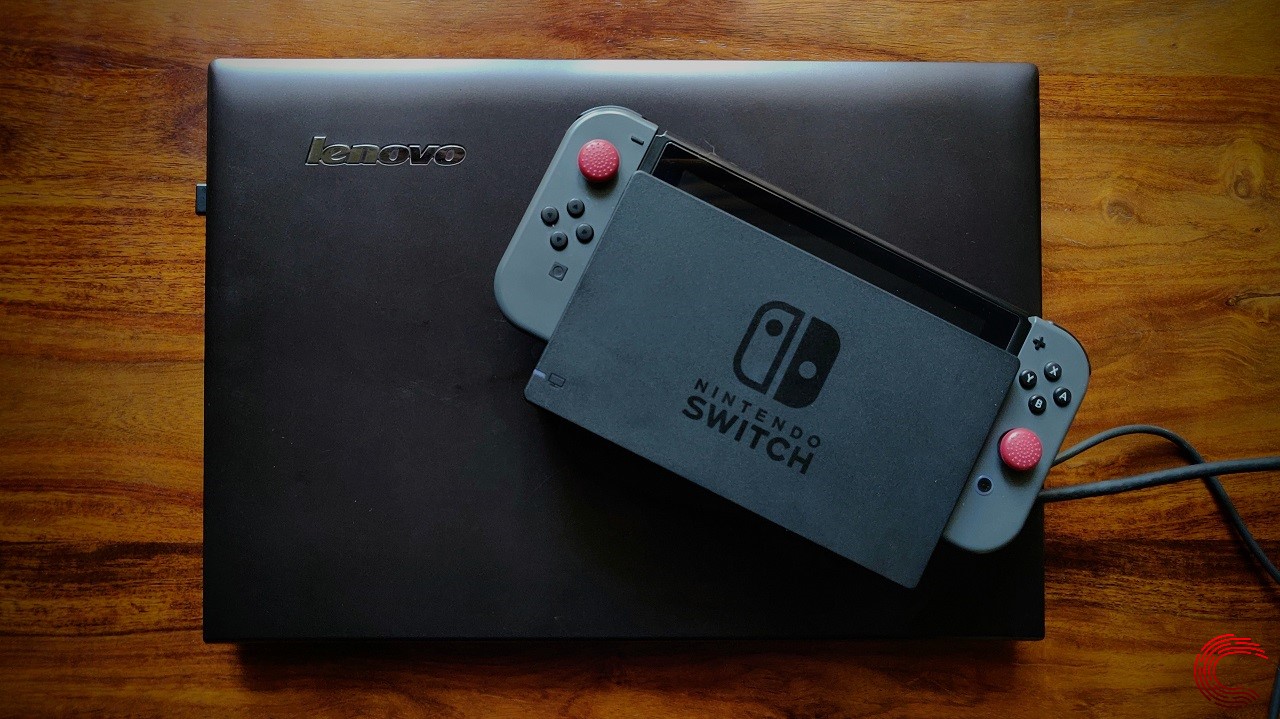 When the Nintendo Switch launched in 2017, the ability to transition between a home console and an on-the-go device was a significant part of its appeal. This feature facilitated by the dock also allowed for higher resolution gameplay, though its compatibility is limited to dedicated displays.

But what if one could use it with a laptop’s screen or play Switch-exclusive titles on a laptop? Read this guide to learn how.

How to connect your Nintendo Switch to a laptop?

Nintendo Switch transmits its video feed via an HDMI-out port on its dock. This means that a device on which you want to view content requires an HDMI-In port.

Unfortunately, laptops tend to include only HDMI-out ports, thus to connect Switch to a laptop, one needs a capture card. These devices connect to an HDMI-out cable and transmit feed via a USB connection, which can then be viewed in the capture card’s dedicated software.

For this article, we will be using Elgato’s Game Capture software compatible with the HD60, HD 60S and HD 60 Pro.

A USB based connection between a laptop and Nintendo Switch charges the console and only allows for the transfer of data when used with software specific to hacking the console.

Listed below are steps to connect Nintendo Switch to a laptop.

Step 2: Insert the HDMI cable running from the Dock into the capture card’s HDMI-In port.

Step 3: Connect the capture card to a laptop via its USB Cable.

Step 4: Open the Capture card-related software and boot up the docked Switch.

Step 5: Within Game Capture, press F11 to enter full-screen and then F10 to view only the captured feed on your screen.

Note: These steps are not applicable to the Switch Lite since the handheld-only device does not contain the hardware necessary to display its content on screens.

Can one play Switch games on a laptop?

The method listed above explains how one can view a Switch’s feed on a laptop’s display, but the question remains, can you play Switch games on one without a docked console? The answer to this question is Yes, but with certain conditions.

To legally play Switch games on a laptop, users will need to download Yuzu — a Nintendo Switch emulator made by the developers of Citra — and extract files from a console vulnerable to the fusée gelée RCM exploit.

Once the emulator is up and running, users will need to use the exploited Switch to dump ROM files of games that they own to play on a laptop.

To check whether a console is vulnerable to the fusée gelée RCM exploit click here. For further steps on how to use Yuzu, we recommend referring to their quickstart guide and subreddit for additional information.

Listed below are the minimum hardware specifications that your device should have to be able to play games with an acceptable experience:

The GPUs present must support OpenGL 4.5 (or higher) & OpenGL Compatibility profile, or Vulkan 1.1 for Yuzu to work.

Why would one want to use Yuzu?

As mentioned earlier, to use Yuzu, one still needs to own a Nintendo Switch. Therefore, one may ask, “Why do I need Yuzu in the first place?” To answer the question, listed below are some of the benefits the emulator offers:

Also read: How to delete games on Nintendo Switch?