Twitter allows you to repost a Tweet with all your followers with the retweet buttons, which is one of the most vital tools used on the platform that helps amplify voices and opinions. Sometimes, people use the RT prefix while re-tweeting just to make it clear to others. These retweets are counted alongwith your original tweets and thus are included in the 2400 tweet limit per day limit.

Quote tweets, on the other hand, are retweets with a comment. You can add media like photos, GIFs and videos while quoting a tweet and retweeting it to your followers.

In this article, we explain how you can delete a retweet and a quote tweet on Twitter.

How to delete a retweet (on PC and Smartphone)?

Here are the ways to delete a retweet on PC as well as via the smartphone app.

Step 1: Click on the Profile option on the left sidebar.

Step 2: Now, click on the Tweets and replies section. Here, you can see all the Tweets that you have retweeted or have replied to someone by tweeting.

Step 3: Go to that retweet that you to remove. Click on the green retweet button on the Tweet.

This will remove the retweet from your profile.

On smartphone via the app (Android and iOS)

In case you are using the Twitter app, here are the steps to remove a retweet.

Also read: How to make a thread on Twitter?

How to delete a quote tweet (on PC and Smartphone)

You can delete a quote tweet on both PC as well as a smartphone app by following the steps mentioned below.

Step 2: Go to Tweets and replies. 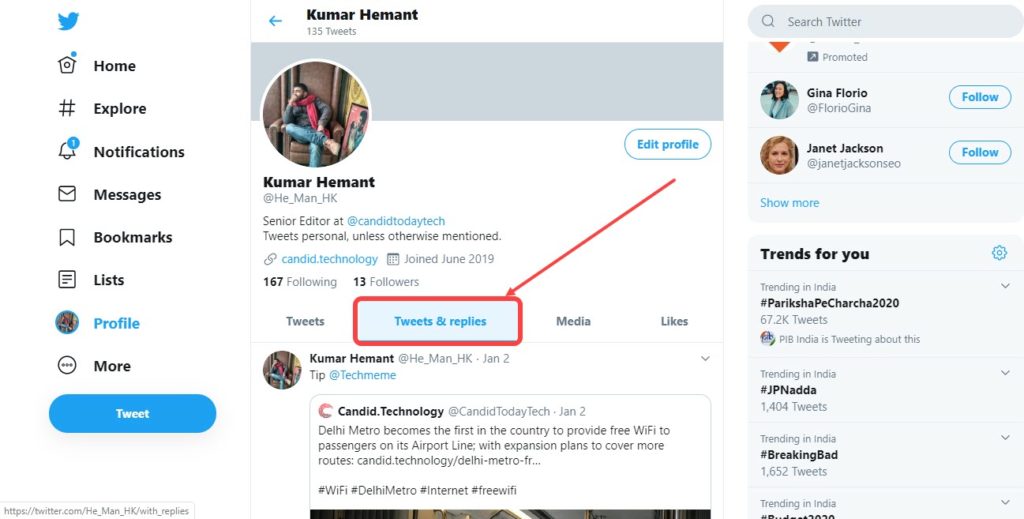 Also read: Top 7 Twitter video downloaders and How to use them?

On smartphone via the app (Android and iOS)