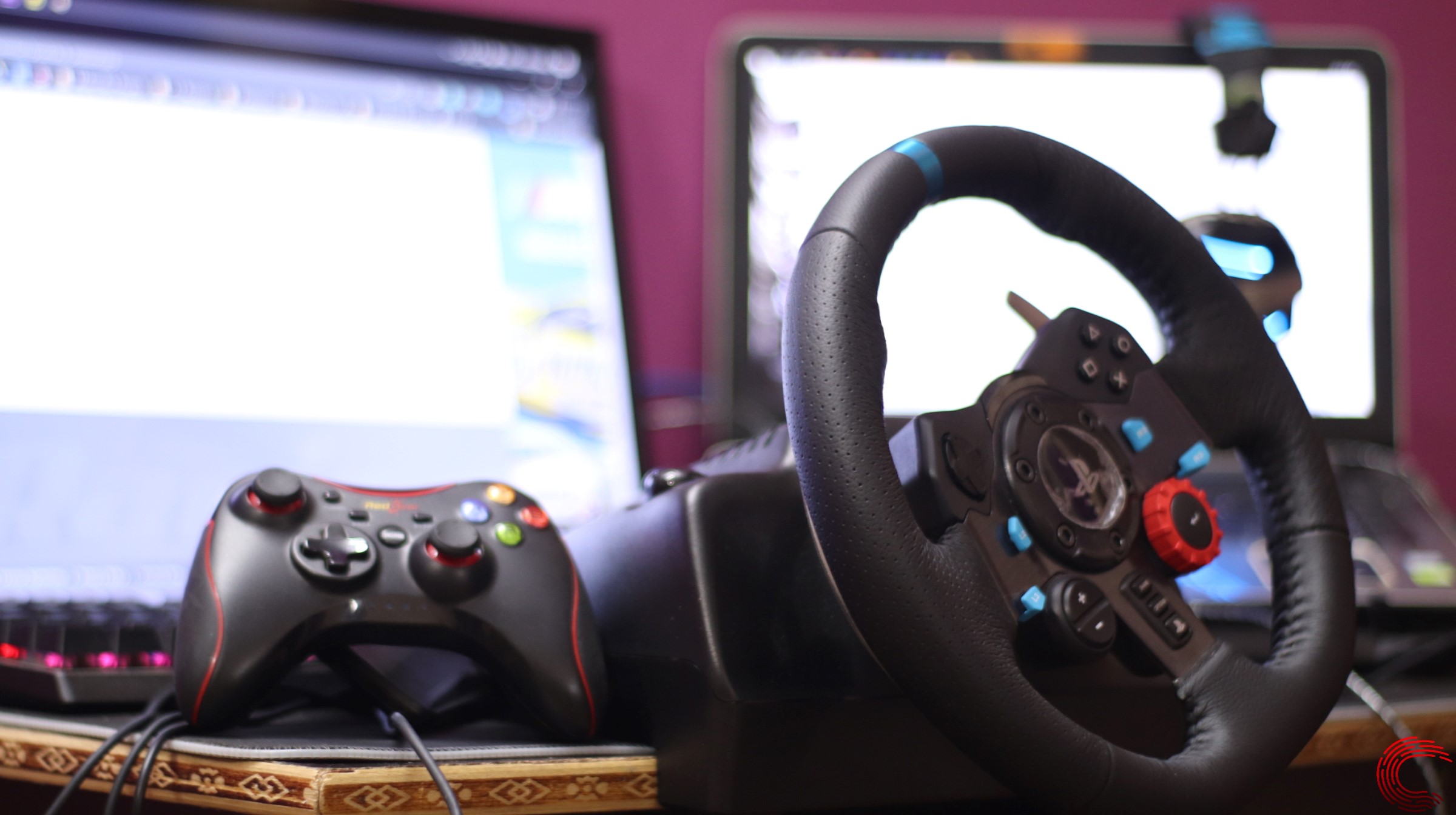 A lot has been said about the importance of having the proper hardware in sim racing. But do you really need to shell out thousands to be any good at sim racing or is it just a hoax? Some of the fastest sim racers we know don’t use high-end direct drive wheels or motion rigs. A G29, an old monitor and a regular chair are all they need to set the track on fire.

So yes, you don’t need top-of-the-line equipment to be able to race competitively. But then a new question comes up. Do you even need a steering wheel at all?

We decided to experiment and find out. Here we’ll be running the Mazda MX5 on the Okayama Internation Circuit in iRacing on a Logitech G29 steering wheel and a RedGear Pro Wireless gamepad,

If the gamepad can be anywhere in a two-second delta to the wheel, it checks the marks for us. So let’s get started.

The Gamepad’s great, but…

Starting with the more complicated of the two, the gamepad had some interesting findings.

No, it wasn’t faster. It was not even close. I could manage only three laps before blowing the car’s engine and ending the run. The best time I could manage was a 2:00:112 on the gamepad, which is 12 seconds slower than my average on the wheel.

The throttle and brakes were surprisingly easy to control. Mapping gears to the X and A buttons on the gamepad did take some getting used to though. Also, the vibration motors doubled up as FFB (Force Feedback), and it was surprisingly accurate in alerting when the car was on the limit.

The biggest problem? The steering. Unless you’re superhuman and have control over every degree your thumb moves, it’s either 100% steering or nothing. As you can guess, at high speeds, that’s a little bit of a problem.

Is a Wheel the real deal?

The wheel feels much more at home on a sim like iRacing as you can command every aspect of the car with as much detail as you’d like.

The whole point of having a wheel and driving a sim is to mimic the feeling you would get in a real car and it does that job rather well. Considering you’ve set everything up correctly, you should be up for a rather fantastic experience every time you hit the track.

Having driven hundreds of laps using the wheel, and with a personal best of 1:47:482, I can safely say that while most of it comes down to hours of practice, knowledge of the car and the track, a wheel enhances your experience significantly more than a gamepad can.

So, the steering wheel or the gamepad?

The wheel, obviously! It’s going to cost you relatively more initially, but the investment is worth making. If you’re driving a sim and not getting the most realistic experience that you can out of it, what are you driving for?

Sure with enough practice, a gamepad might make you fast or even competitive in online races, but you’ll still be missing out on a lot. It’s a lot more effort and the margin for error is much larger on a gamepad, so I wouldn’t really advise going with one.

A simcade like Forza works great with a controller and gamepad alike simply because it was built that way. However, real cars weren’t and sim racing is all about getting as real as you can.

So can you play sim racing with a gamepad? Yes, you can. But, should you? Well, let’s hope you choose not to; because as mentioned above, as much as it is about getting faster than any other racer on the track, it’s also about the entire racing experience.

While a gamepad is portable and can, in theory, make you faster than a racer who is using a steering wheel, it can never deliver the experience that a steering wheel setup does — as close to the real deal as it gets.

Also read: What is iRacing? Should you prefer it over other sims?