How to enable split screen and multitask on Android 9 Pie, Oreo and Nougat 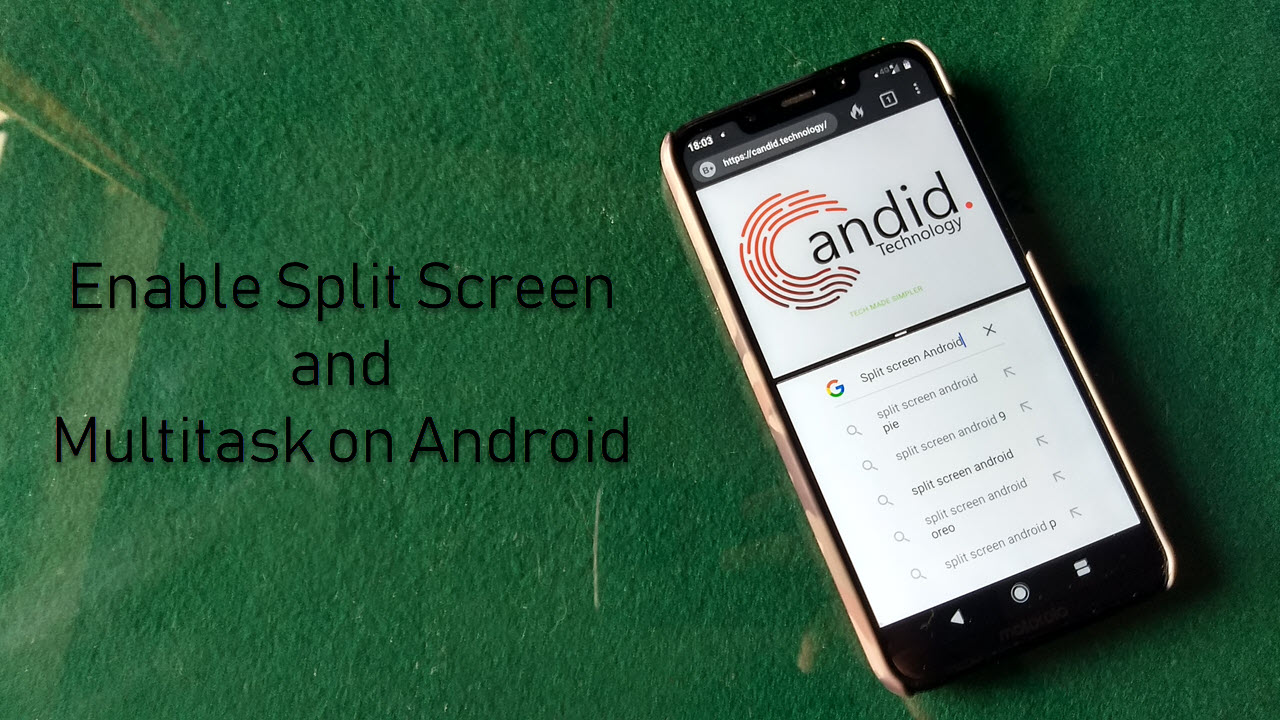 Split-screen functionality on Android has been a welcome feature ever since it first appeared in Android 7 Nougat and since then has evolved into one of the most useful features on Android-powered smartphones, especially those with a larger display.

The split-screen makes multitasking on Android a breeze. Whether you wish to take down notes while following a live feed of video or audio or want to watch a YouTube video in half screen while discussing it on WhatsApp on the other half — everything is possible until the respective app support the split-screen mode.

In this article, we’re going to discuss how to multitask on Android 9 Pie by enabling the split-screen mode on your smartphone. Besides, we’ve also answered a few more questions about the split-screen functionality at the end of the article — make sure to check them out too.

How to enable split-screen on Android 9 Pie

Tap on the square box located on the right of the home button — Google Pixel users can swipe their home button — to open the window that shows apps that have been opened recently.

Tap on the app icon at the top of the respective recent app window that you wish to have on the top half of the split-screen. You’ll see a list of options in the dropdown menu, click on Split Screen. 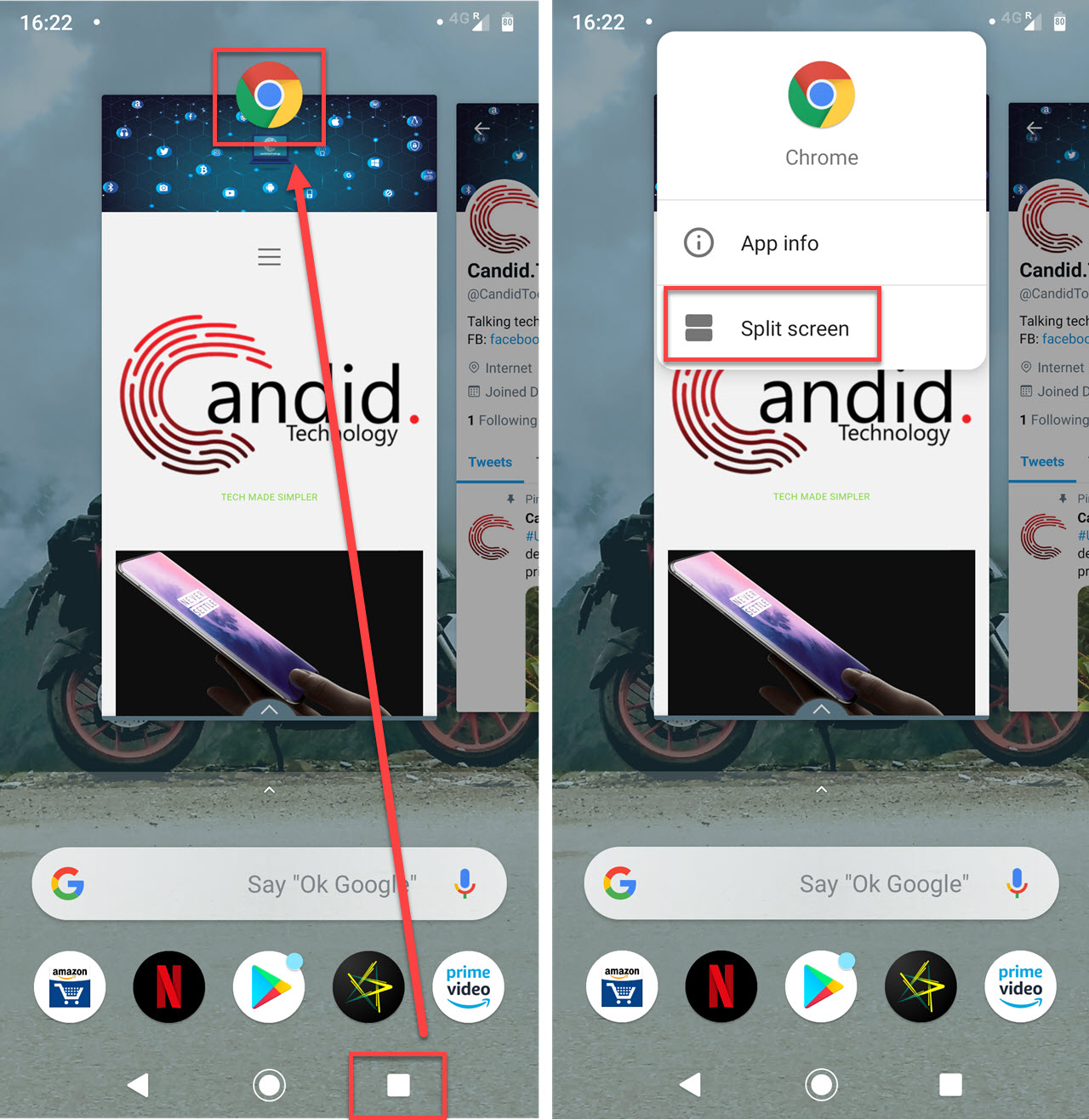 Now you’ll see the other opened apps below; select the one you wish to have in the bottom half of the split-screen display of your Android. You can also choose an app that hasn’t been recently opened by tapping on its icon from your home screen or app list. 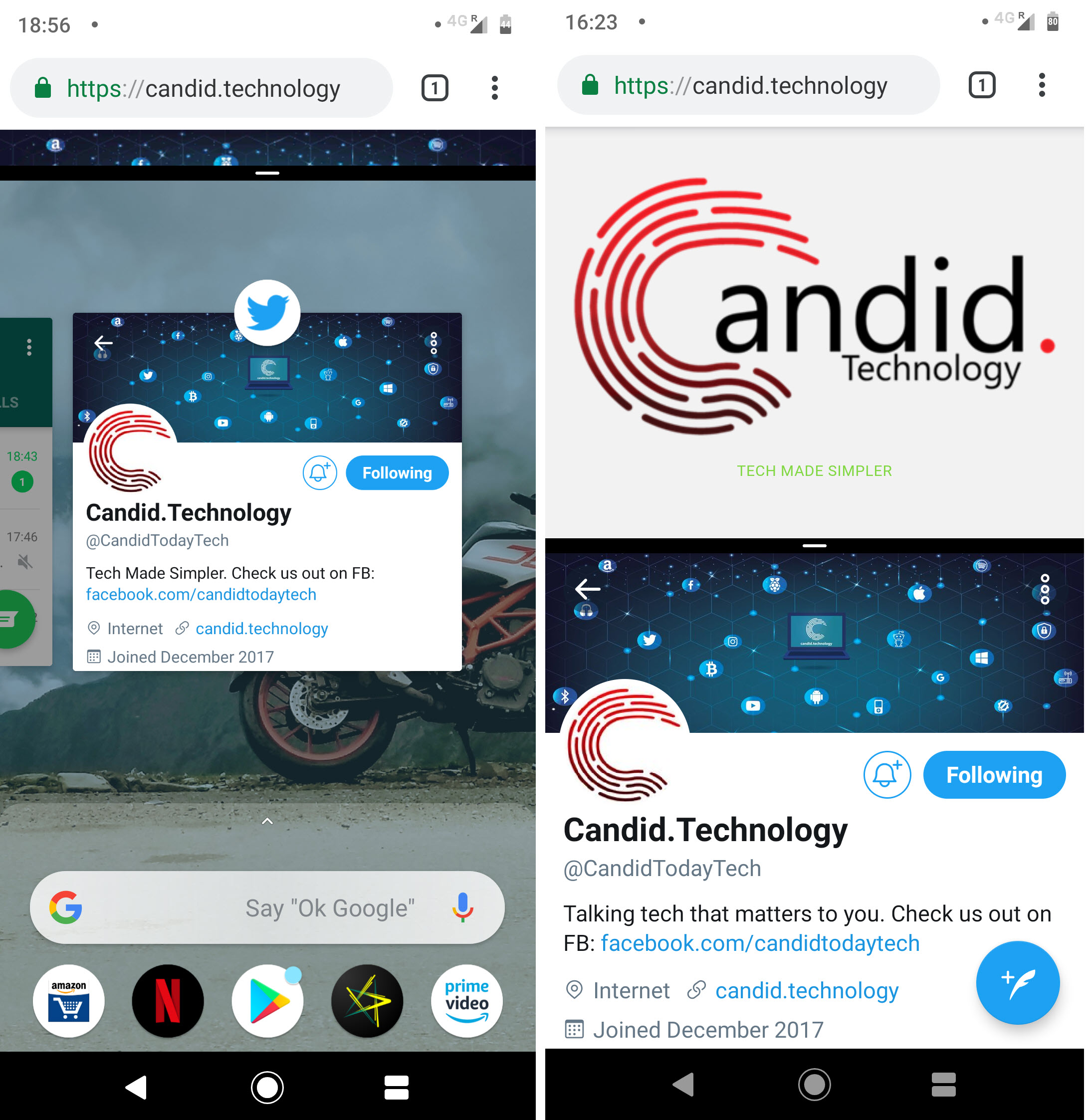 That’s it. You’ll now be able to use two apps on a single screen on your Android and multi-task like a boss. You’ll also notice that the square button gets split into half in the split-screen mode (at least in stock Android).

How to shift back to a single app?

In order to shift back to one of the apps on your split-screen, you’ll need to slide the divider in between the two apps either ways. So, if you want the app on the top to remain on display, slide the divider to the bottom and vice-versa. 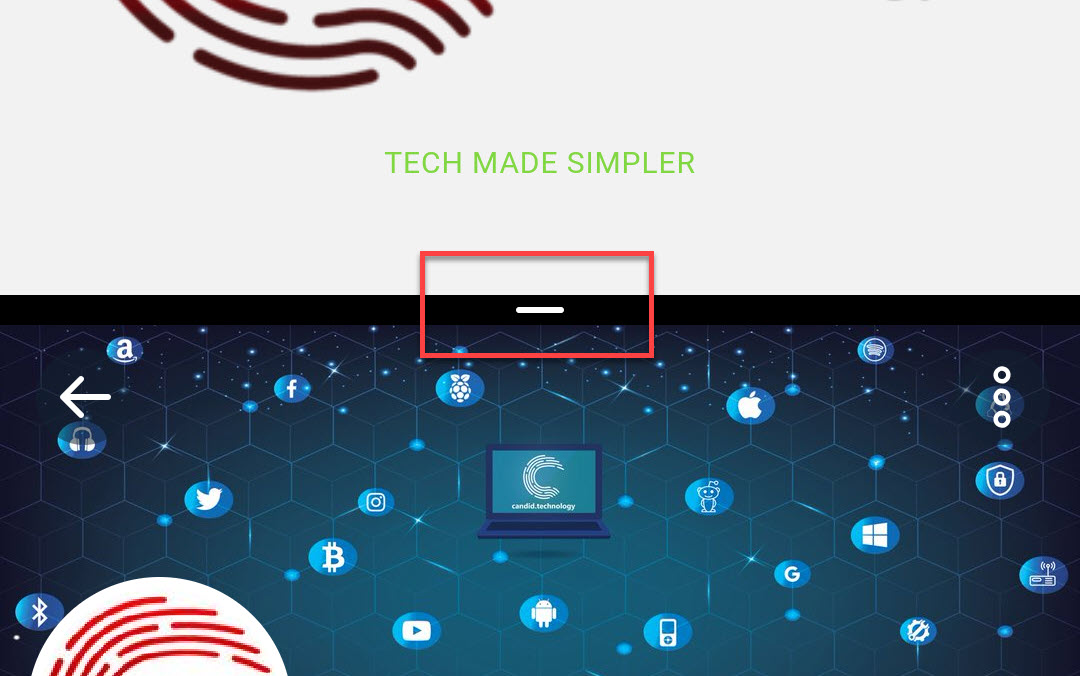 Note that there is a short white line in the middle of the divider of the split-screen window, that’s the one that’ll help you slide the divider line either ways.

How to change the app in the split-screen window?

If you wish to replace one of the apps that are displayed in your split screen right now with another one, tap on the ‘recent apps’ square button and choose an app that you wish to be in the bottom half of the display. You can also choose an app by tapping on any app icon anywhere on your phone.

How to enable split-screen on Android 8 Oreo and Android 7 Nougat?

While most of the things remain the same in Android Pie, there is a significant difference when it comes to enabling the split-screen in the earlier Android versions — Nougat and Oreo. 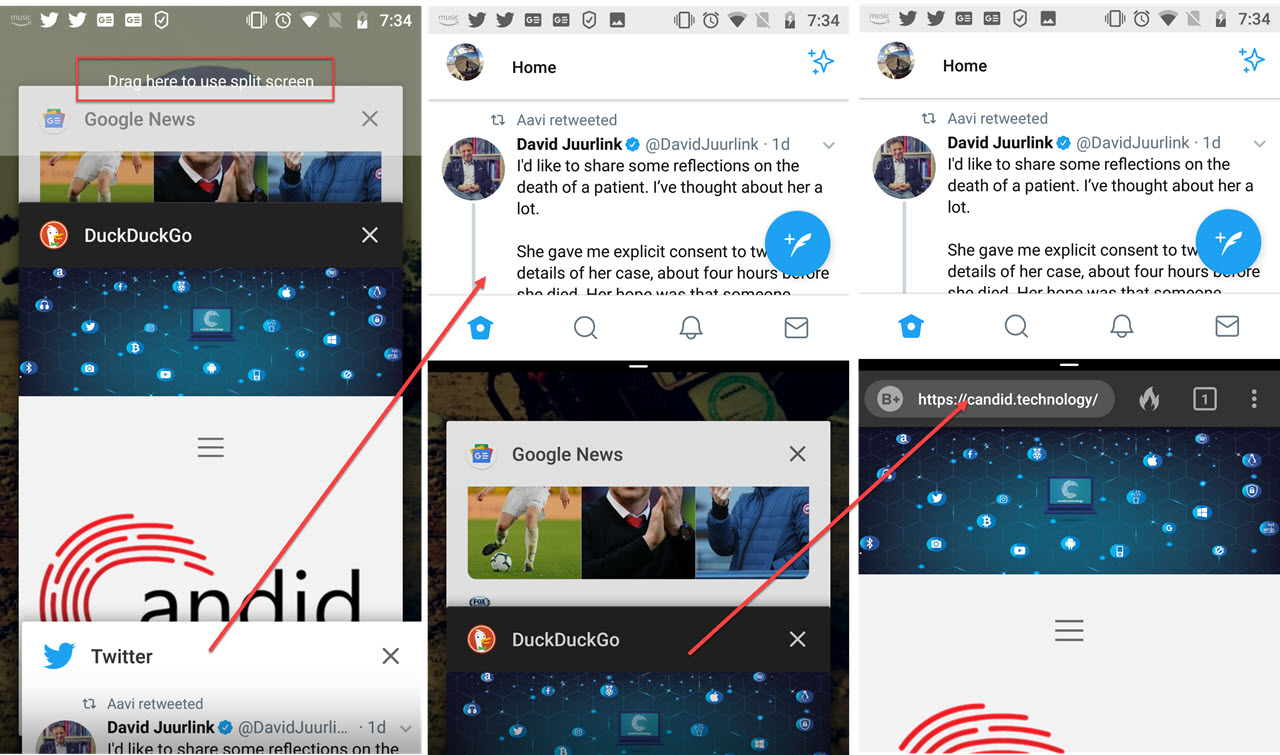 To enable split-screen mode on an Android device running Oreo or Nougat, click on the recent apps button and long press on the header of the app you wish to view on top of the split-screen. You’ll see a highlighted pop-up on the top of the screen, which says ‘Drag here to use split screen’. As soon as you see that, drag the app to the top.

Now select an app that you wish to be at the bottom of the split screen from among the recent apps or press the home button and select an app from the home screen or your app list. 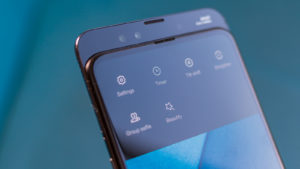 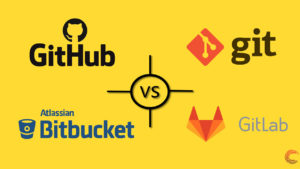 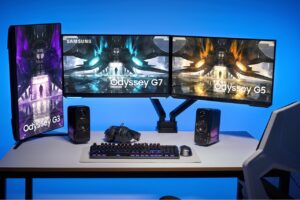 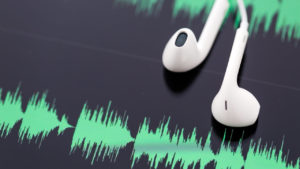