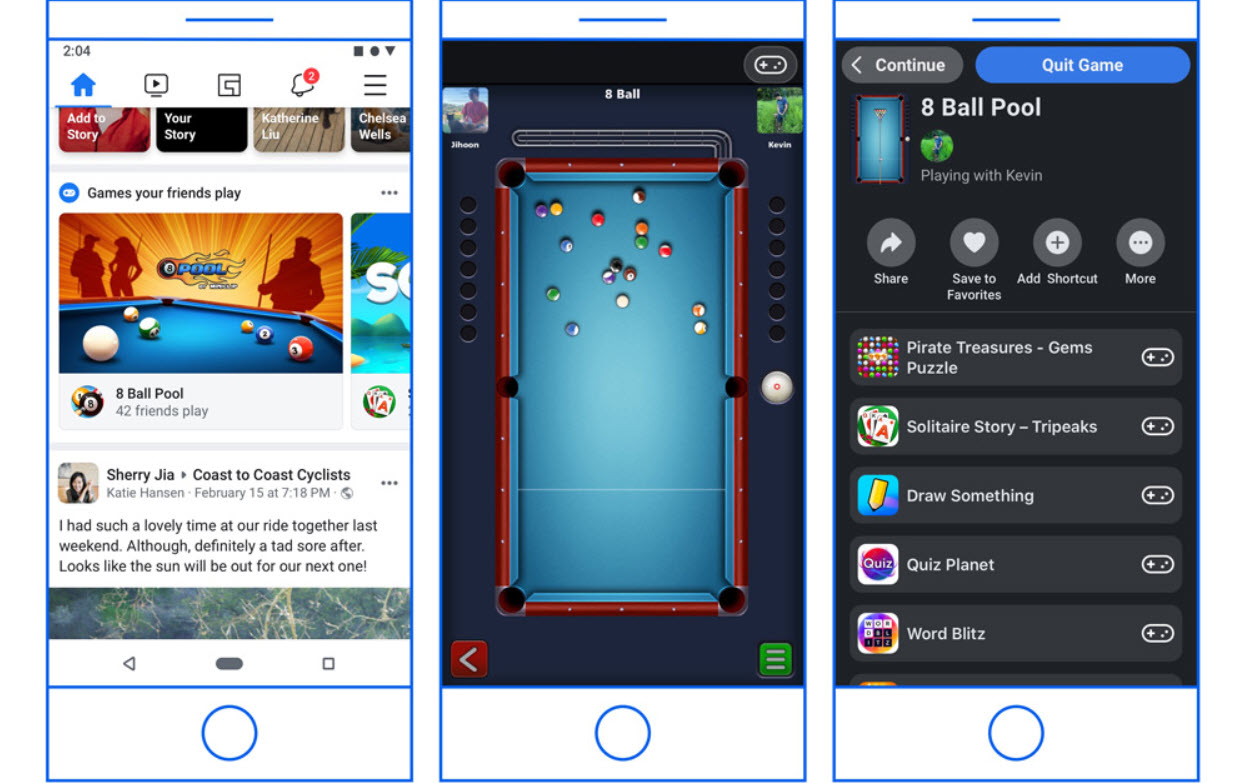 Facebook is moving its Instant Games from Messenger to the main app’s game tab intending to create a central gaming experience on the social network.

Instant Games was initially launched in November 2016 and was playable in the News Feed on both mobile and PC. It was later launched for Groups and Facebook Lite in 2018.

The changes aren’t being rolled out immediately, rather incrementally. Instant Games will no longer be playable on the new version of the Messenger app for iOS.

“At F8, we shared more about the discovery and engagement features we’re working on to create a rich Instant Games experience within the Facebook app. To ensure a smooth transition, players in Messenger will continue to access games through thread updates and chatbots, while the gameplay itself will app switch to Facebook,” said Leo Olebe, Global Director of Games Partnerships, Facebook, in a blog post.

Facebook Gaming Tab is going to be the new home for Instant Games. Players will be notified and will be guided through the transition, as the company will also continue to share the timelines with the developers.

In the News: Design flaw in Facebook Messenger Kids is making the users vulnerable

“Our goal is to minimise disruptions to both developers and players, and maintain overall game health as we begin the migration. Along with building new Instant Games features for the Gaming tab, we recently increased the number of people eligible for the Gaming tab based on Instant Games activity, and we’ll continue to expand this audience over time.”

Facebook is also working on expanding its games library as it is partnering with publishers to create new games for the platform.

What do the Developers need to do?

An application process is also in the works that will allow new developers to submit their games on the platform. New devs will now need to complete their business verification and provide Apple Developer team ID before they can submit a game for review. After filling out the application, instructions will be sent to the developer dashboard.

This change doesn’t affect existing developers, who won’t need to re-apply unless they’re removed from the platform in this transition period. The announcement also mentions that any games from existing developers in the review will be reviewed soon.