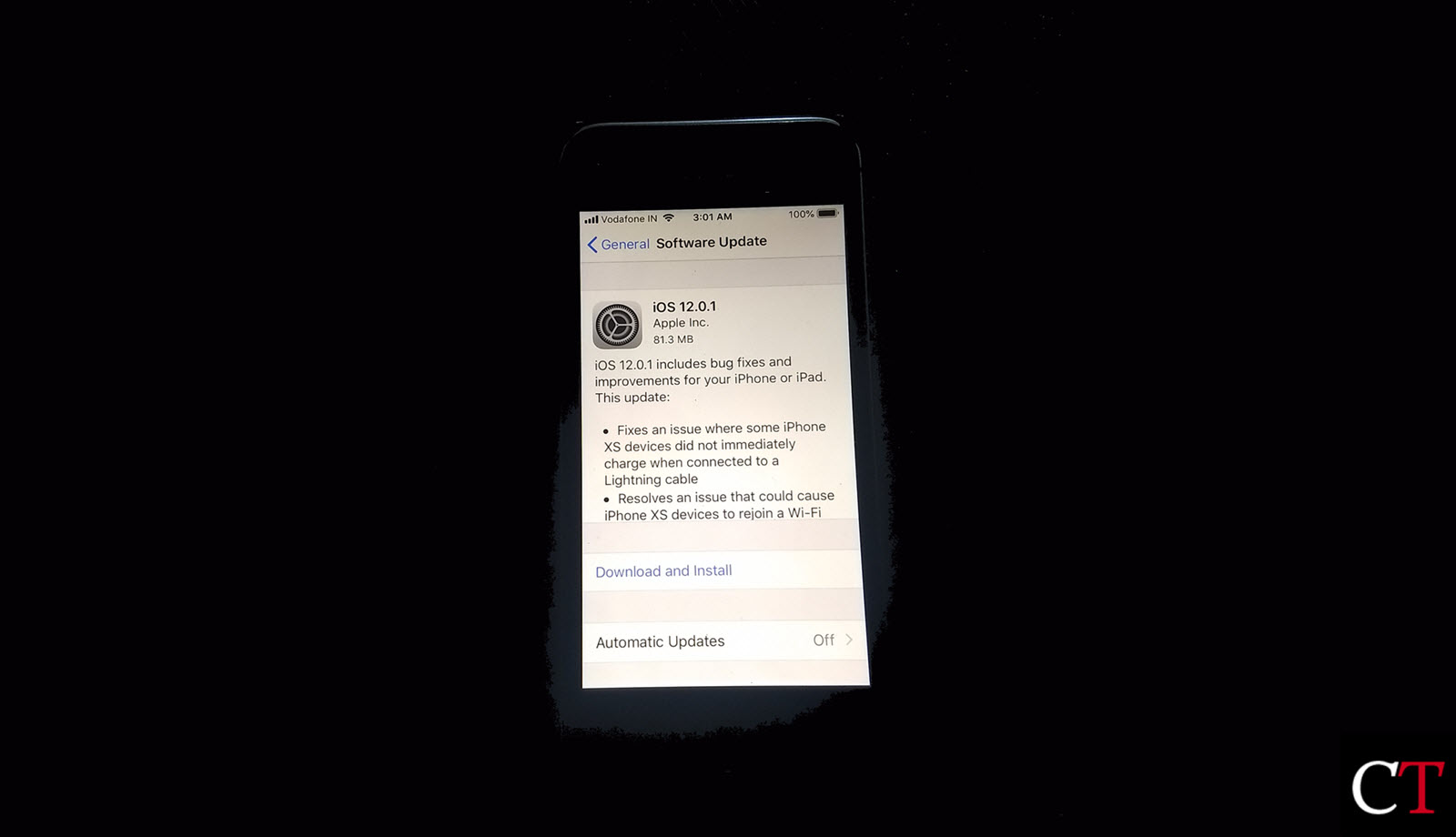 The iOS 12 update that brought forward incremental changes to iOS 11 was released soon after the launch of the latest iPhone XS, XS Max and XR and now the first follow-up update to it — iOS 12.0.1 — has been released too

The iOS 12.0.1, which is 81.3MB in size, brings forward bug fixes and improvements for iPhone, iPad and iPod touch.

In addition to the abug fixes mentioned above for the iPhone and iPad, the iOS 12.0.1 update also brings the following security fixes:

These updates are available for iPhone 5s, and later, iPad Air and later, and iPod touch 6th generation.

Whenever an update is rolled out, you usually see a notification in your device’s drop-down tray, but if you don’t, you can check for the update manually. Go to your device’s Settings, then tap on General –> Software Update.

You should see the available update here. If your device is already updated to the latest version it supports, that will be displayed here too.

If you do not wish to update your device manually, then you can also toggle on the Automatic Updates option you see there.