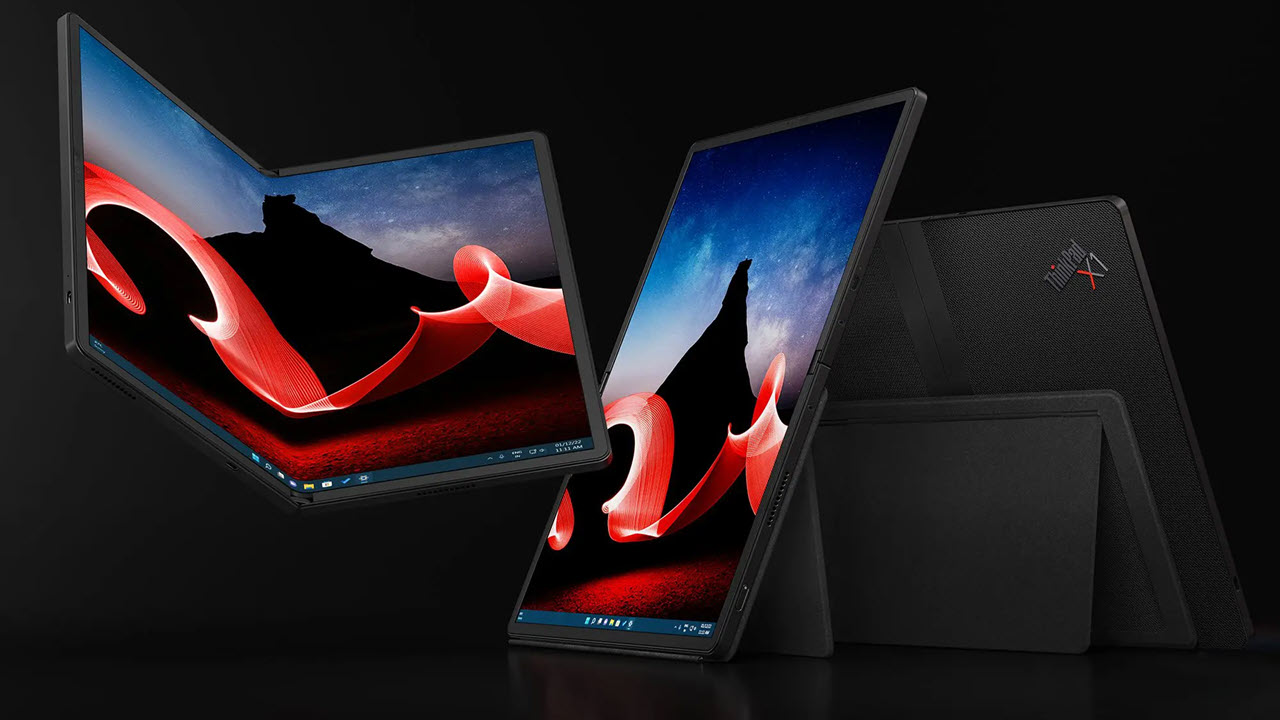 :Lenovo’s all-screen foldable laptop, the X1 Fold is getting a second-generation upgrade with a bigger screen, 16-inches from the previous 13.3-inches, newer 12th gen processors from Intel, faster RAM and more storage alongside overall improvements that claim to make the second generation much more feasible for daily use. The laptop is expected to launch in November with a starting price of $2,499

The surprising thing here is the price point. Keep in mind that the previous gen Fold X1 did not include the detachable keyboard and pen, which added $250 to the already expensive $2,499 price tag. Lenovo has managed to keep the price level while making a slightly larger and more usable version of the X1 with this second generation.

In the News: Internxt review: Safest and most seamless cloud storage?

The laptop is powered by Intel’s 12th gen Core i5 or i7 processors and has integrated graphics with support for Intel’s vPro business platform meaning Intel Iris Xe Graphics. However, since this is a Thinkpad after all, expect more configuration options to be announced soon. There’s up to 32GB DDR5 memory and SSD support of up to 1TB.

Honestly, that’s all there is to the display. Outside of making the device a little thinner and lighter (Lenovo claims this is the lightest 16-inch commercial laptop coming in at just 2.82 pounds) the device itself largely remains the same. The outside cover gets a very Thinkpad look with the carbon fibre finish and a big X1 logo slapped underneath.

The keyboard deck has also been revamped. Just like the previous generation, it attaches magnetically to the second half of the screen, but this time around, it’s full-size and backlit. The keys are also much closer to the Thinkpad quality users have come to expect from the brand, so expect to have a decent typing experience on the new deck.

On the connectivity front, you get WiFi 5E, optional 5G Sub 6 with LTE support and Bluetooth 5.2. You get two Thunderbolt 4 ports, one USB-C 3.2 Gen 2 port and a nano-SIM tray. That’s a good port situation for a foldable laptop, considering how quickly modern laptops are dropping ports.

The standard model will ship with a 48Whr battery, with an additional 16Whr available in different configurations. You also get 65W AC Rapid charging over USB-C, which is another nice addition to see.

There’s a physical fingerprint sensor (on the keyboard deck), and a reasonable sounding 5MP camera with IR support that doubles up for Windows Hello with optional Intel VSC support. Sound output is handled by a three-speaker Dolby Atmos system, with two speakers being active according to the mode the laptop is used in and there are four mics around the device, with two being used depending on the mode.