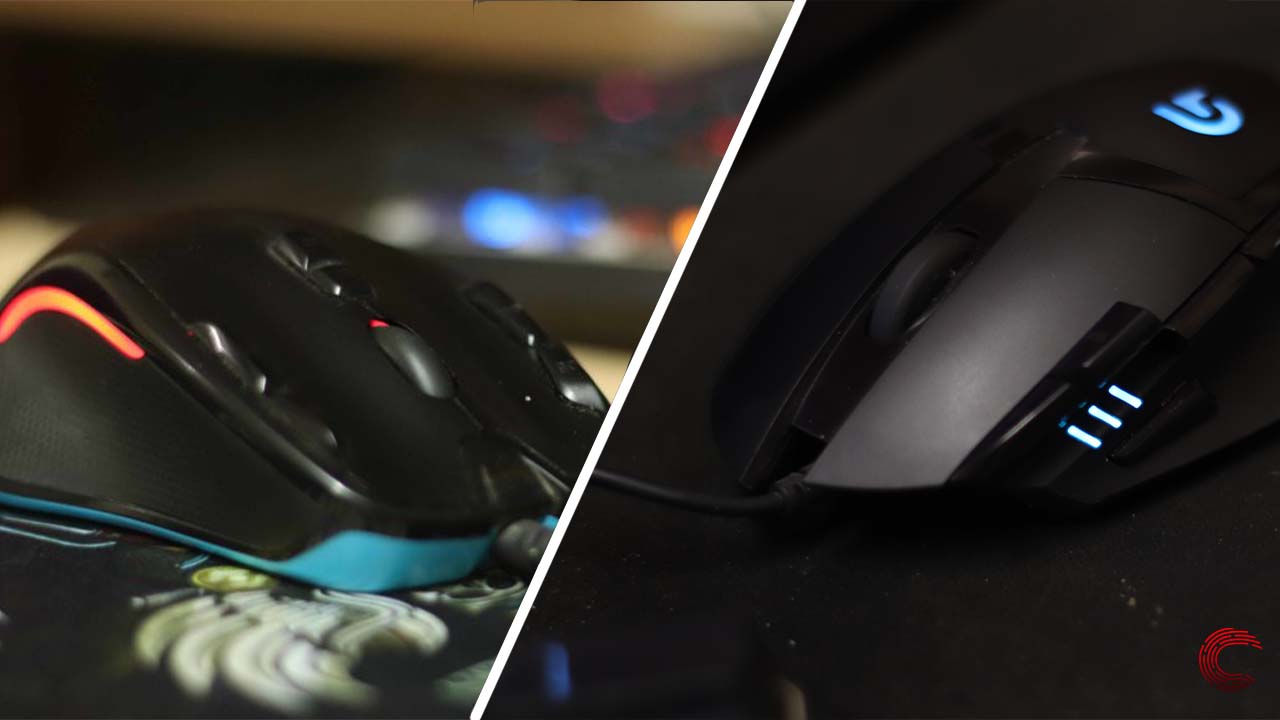 When it comes to gaming peripherals, more specifically, gaming mice, the Logitech camp has always stood out and for good reason. They have loads of offerings for all budget segments and their mice are a delight to use.

Logitech has two main budget offerings that keep surprising even after years of purchase, namely the G300s and the G402 Hyperion Fury. Both these mice are quite old — released in 2011 and 2014, respectively.

Now don’t let the age of these mice fool you. These are still able to compete with most if not all gaming mice out there, with only slight differences between them,

There’s honestly very little to set them apart. However, the G402 has a special trick up its sleeve. So how do the two mice compare to each other? Read on to find out.

Perhaps the most important part of any gaming mouse, the sensor makes or breaks a purchase.

The G402 is the clear winner here. At the time of its release, it was touted as the fastest gaming mouse ever by its makers. The mouse has a tracking speed in excess of 500 IPS (inches per second), which is still a pretty high number in 2020. You also get more than 16Gs of acceleration.

Unless you’re superhuman, you’re not going to get even close to those numbers. The G402 has an AM010 optical hybrid sensor paired with an accelerometer that goes as high as 4000 DPI.

The G300s, on the other hand, isn’t anything fancy. The mouse has an A3055 Optical sensor that goes up to 2500 DPI. That said, for everyday usage and even heavy gaming, the mouse is still pretty accurate. I’ve played CS:GO for more than four years with this mouse and the only limiting factor is going to be your skill.

Both mice have an equal number of programmable buttons — nine — albeit in different arrangements. The G300s, however, can store up to three different profiles on the mouse itself while the G402 can only have one. This gives the G300s an extra button, which you can remap in Logitech Gaming Software if you need.

The G402 has perks of its own mainly about how well the software maps your mouse usage in a gaming session. You also get dedicated DPI lighting.

Talking of software, the G402 has better software support of the two. While Logitech Gaming Software supports both G300s and G402, the Logitech GHUB offers no support for the G300s. However, since most people use LGS anyway on grounds of it being more reliable of the two so that shouldn’t really be too big of a problem.

Moving on, the G300s has, although very subtle, but fully customisable RGB lighting. This also works in combination with Logitech Arx where the RGB on the mouse can indicate different things depending upon what game you’re playing.

The G402 massively disappoints here with only a glowing G logo and DPI lights that only glow in the colour blue. So if you’re heavy into RGB, and you still want G402 level performance, you might want to consider it’s elder, more expensive brother the G502.

Both mice weigh roughly the same and neither has adjustable weights. The G300s, however, is relatively smaller than the G402.

G300s has an ambidextrous design that really blends in with other mice. If you’re left-handed, this is the best mouse you’ll ever own, period. You can hold it in any mouse grip you want without any problems.

The G402 gives out aggressive vibes even when it’s just sitting there on your desk doing nothing. It’s a rather long and wide mouse, geared towards the palm grip, though you could use it with a claw grip too.

Overall, it’s a pretty comfortable mouse to use for longer durations. It also feels rather premium in the hand with its matt rubber finish.

Although it’s worth pointing out that there’s a thumb button on the G402 that’s very easy to misclick under pressure or during quick movements and can throw you off. It’s not too much of a hassle but when it happens in the middle of a firefight it’s really annoying.

Considering both mice don’t really have too big of a price gap between them, offer great value for money and edgy performance, you could pick either depending on your specific needs.

If RGB is your thing and you can somehow take advantage of the 3 onboard profiles on the G300s, or if you’re on a tighter budget, go for it; you won’t be disappointed.

However, if you can get past the blue only lighting on the G402 and want a bigger mouse to support your palms and have the best sensor in a mouse for the least amount of money, the G402 is your pick.