Nokia 7.1 review: Stands out among competitors at the price point

HMD Global, the Finnish company that manufactures and markets the iconic Nokia-branded phones, has launched devices in India at a steady pace this year.

Its mid-priced smartphones, including the Nokia 7 Plus that was launched in April, were received fairly well in the highly-competitive Indian smartphone landscape.

The handset maker’s focus has been on manufacturing value-for-money devices for the price-conscious Indian buyers with good hardware and neat Android One experience.

Its latest offering, the Nokia 7.1 Plus, is a new mid-ranger that comes in a single configuration of 4GB RAM with 64GB onboard storage for Rs 19,999.

The device is the first to feature “PureDisplay” screen technology for HDR10 cinematic-quality entertainment.

Here’s how the Nokia 7.1 fared in real-life usage

The full HD+ 5.84-inch screen with a 19:9 aspect ratio was the best feature of the smartphone.

However, the smartphone doesn’t compromise on design either, which was clearly visible as soon as we picked it up; the aluminium frame laid over glass rendered an appealing design to the phone.

Our gloss midnight blue review unit looked beautiful when held up in the light. However, the glass back also meant the phone becomes a fingerprint magnet.

Despite the use of glass in the front and back, the phone felt every bit solid in our hands.

In the middle sits a vertically stacked dual-lens camera set-up while the fingerprint sensor sits just below it.

Talking about the front of the phone, there’s a notch, though it was smaller than many other handsets, thus giving us ample space to either side for the status bar.

The addition of a standard 3.5-mm headphone jack and futuristic USB type-C fast-charging surely were bonuses.

The rear camera set-up includes a main 12MP sensor with a f/1.8 aperture and a secondary 5MP lens. The ZEISS tuned camera let us take some pretty good pictures with enough details and good dynamic range. We particularly liked how the shooter handled close-up shots.

Low-light imaging was satisfactory and at par with most smartphones in the same price segment. There’s an 8MP lens in the front for selfies that also supports the much-talked-about portrait-style Bokeh effect. 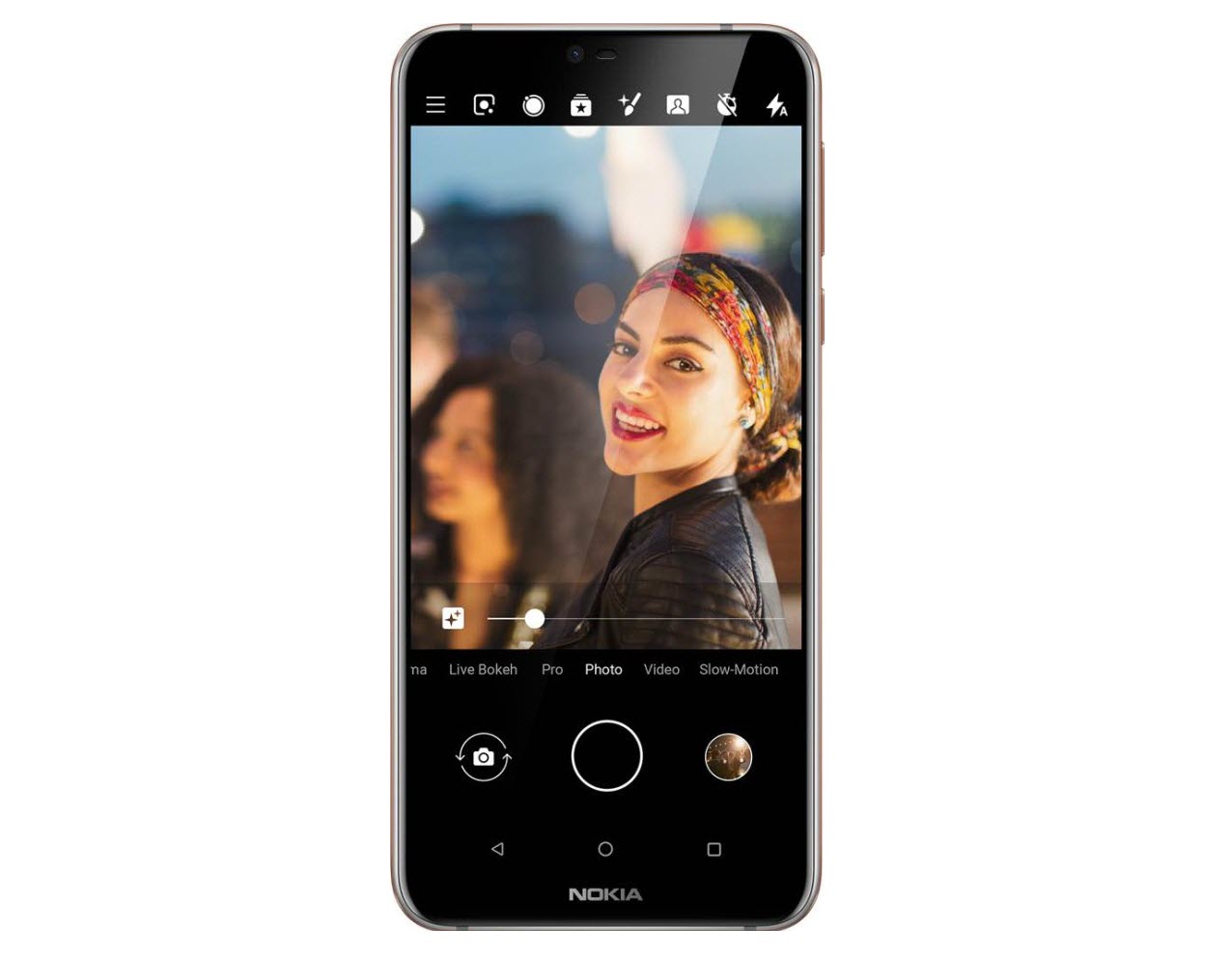 Thanks to Android One, this is easy to understand device sans any bloatware which also means there are no unnecessary apps.

Also read: Xiaomi Redmi Note 6 Pro review: How well does it sit in the mid-segment?

The 3060mAh battery is typically average and would barely last a day on a single charge. We also noticed the phone was performing a bit sluggishly on certain occasions that included heavy gaming.

Conclusion: The Nokia 7.1 stands out in this price segment, courtesy of its design language. The sleek, glass sandwich design is to be considered and so does the neat Android One experience.