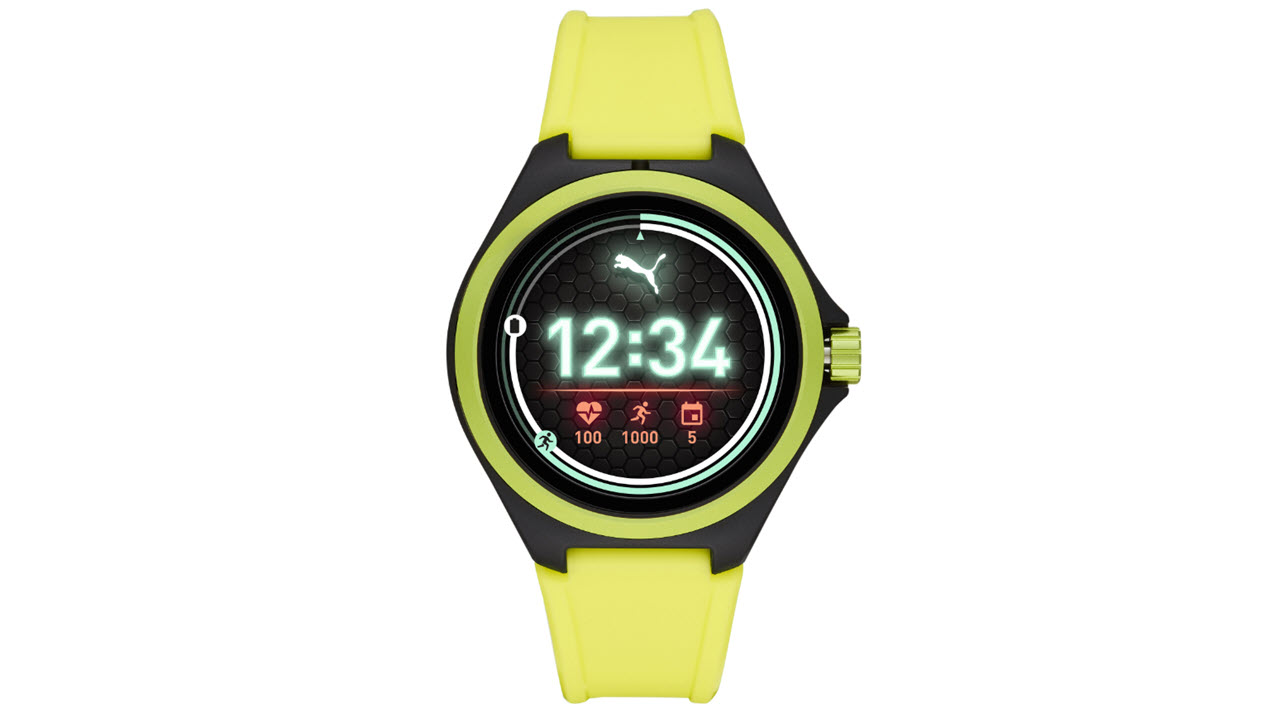 On Thursday, German multinational company, Puma, known for their footwear and sports apparel, took another step in the world of technology with the unveiling of their new smartwatch at IFA 2019 in Berlin.

The device has been developed in partnership with well-known watchmaker Fossil who announced their fifth-generation device earlier this year in August.

The smartwatch will be available, starting November, for a retail price of $275 although there is no news about where it can be bought. In a market that has had only two major competitors in recent times — Samsung and Apple, Puma may make an impact if they do things right.

The collaboration between Fossil and Puma sports a 44mm case whose build consists of an aluminium ring on top and a nylon base, which allows it to weigh in at just 28 grams — much lighter than its competitors — but still give it enough sturdiness. The watch comes bundled with a silicone strap, which is 16mm wide and uses a single prong design, to allow users to switch things up if desired.

The device will be available in three different colours, a sleek-looking black variant, a neon-green and black variant, for those who like to make a statement, and a bright white and gold for those who prefer a clean look. Puma will also be introducing watch faces exclusive to their device, which will display specific fitness-related metrics like steps and calories. The overall design makes this a watch that can be worn on occasions that are not limited to just sports.

Puma’s watch offers features that have become commonplace with devices that feature WearOS. It has a 1.19-inch round AMOLED display, a Qualcomm Snapdragon 3100 chipset, 4GB of onboard storage and 512MB of RAM. The amount of RAM here is quite disappointing to see, as the device may now need to be highly optimised if it wants to offer a great experience.

A GPS is present within the watch so that runners can leave their phone behind at home. A heart rate sensor will also be present, and a Spotify application will be available for music. Google Assistant is ever-present to do your bidding, and Google Pay makes an appearance with the built-in NFC chip.

How can Puma stand up to Apple and Nike?

The Apple Watch Nike+, so far, has maintained a clear distinction between the experience when stacked up against its Android counterparts offer. Therefore to stand a chance against the forerunner, Puma and Fossil need to make sure that the hardware and software work in perfect sync to avoid having scenarios where lag may persist and harm the experience. The fact that the device only offers 512MB of RAM could lead to some doubt over this, but only time will tell.

What Apple has done well with its Watch is the way they’ve implemented fitness and health-based features. The exclusivity of Nike’s applications to their OS only pushes this further ahead. The fitness features that Puma provides will need to have a very striking feature set if they plan on securing market share.

The Nike Training Club application features workouts that can be personalised and includes wellness guidance from industry experts, whereas the Run Club application with its run tracking software and the challenge-based system has only received positive feedback. Yes, the software has faced its share of bugs, but the experience on the wrist has remained unmatched.

If Puma can strike a perfect balance between the pillars of fitness and performance, these features inline with the watch’s lightweight design and the lower price tag may make it a competitor against the Apple Watch.