Spotify is testing Polls in Podcasts 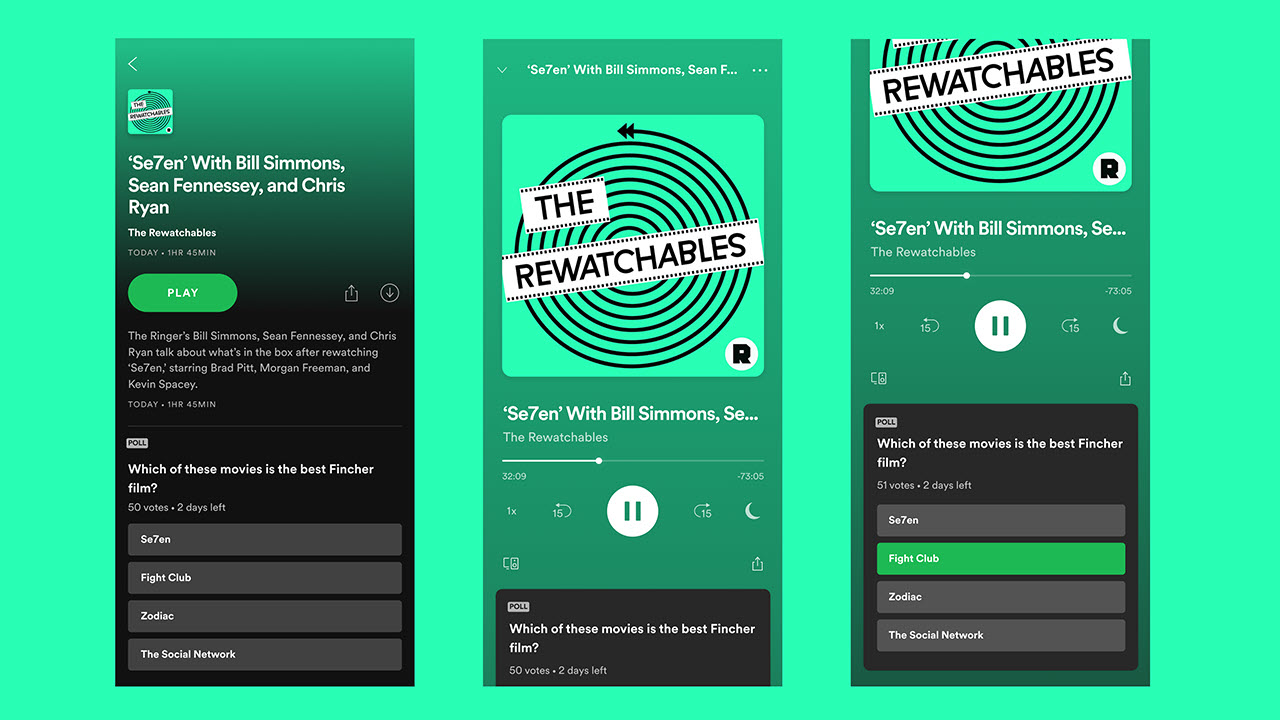 Spotify is testing a new polling feature for Podcasts on the platform, which will be available on select podcasts to 90% of the users across all markets on iOS and Android devices.

The listeners can share their opinions or feedback about the Podcast through polls within the app if they’ve been set up by the host.

Responding to these polls is optional and any answers given by the listener remains anonymous. Both the listeners and hosts will be able to see the responses in real-time.

Polls are live on several Spotify originals and exclusives, including The Rewatchables, Incredible Feats with Dan Cummins and Crime Countdown, among others.

“Spotify is testing a new Polls feature that gives podcasters the opportunity to ask their audience questions within the app. Both the host and listeners will be able to see the responses in real-time, opening up an entirely new way for creators and listeners to interact,” the company announced on Tuesday.

Last month, Spotify became the official and exclusive audio streaming partner for global events of League of Legends as they entered into a multi-year partnership with Riot Games. League of Legends official soundtrack garners upwards of 4.8 million plays per month and Spotify is taking this gamer fandom on their platform on step further by announcing a hub for the game.

Spotify users will be able to access new music podcasts, playlists inspired by the gaming community as well as the official League of Legends and Road to Worlds 2020 playlists.

In July, Spotify also rolled out video podcasts as well as top and trending podcast charts. which showcases a list of podcasts that are either popular overall or have been gaining listeners faster than others, on the Spotify app for Android and iOS in 26 markets worldwide.