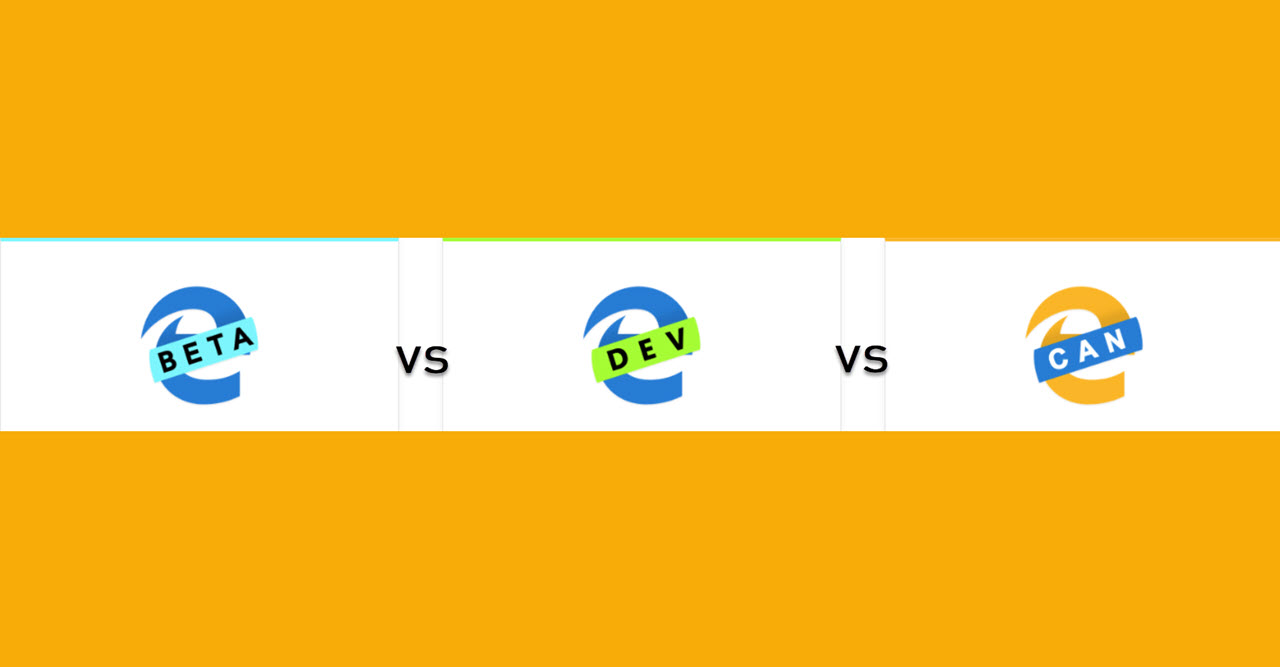 Since Google released Chrome, the popularity of Internet Explorer saw a serious dip. It was shut down and reprised as Microsoft Edge but that didn’t make it popular either. Now, in order to woo its users, Microsoft has adopted the open-source Chromium project and has released the first Dev and Canary channel builds for Microsoft Edge.

Microsoft Edge isn’t the only browser that has the Dev and Canary builds. In addition to these two, a Stable and Beta builds are also available.

In this article, we’re going to discuss the difference between the Stable, Beta, Dev and Canary builds of Chromium-based projects such as Microsoft Edge and Google Chrome.

Note: Beta, Dev and Canary build of Microsoft Edge or Google Chrome are different from the ones used by end consumers. The final build is the result of the testing of features and bug fixes done on Canary, Dev and Beta — in that order.

Canary is the most unstable build out of the three. This is where you can check out the daily progress of the developer team working on the browser. The Canary build carries features that are released as soon as they’re built and are not tested or used.

Updated every night, running Canary on your PC as your primary browser is a strict no as it’s prone to a lot of bugs.

Microsoft Edge’s Canary channel will be updated every night by the company, similar to what Google does with Chrome.

The Dev build will carry the best improvements made to the browser and tested by the developers throughout the week on the Canary build. Although this version is more stable than Canary, it’s still not recommended to use it as your main browser because it can have bugs.

But if you’re a developer and wish to test out the new Chromium code, this is your go-to build.

Microsoft Edge’s Dev channel will be updated every week by the company. Google updates its Dev channels once or twice a week.

Among Beta, Dev and Canary, the Beta channel is the most stable one. Although Beta build doesn’t function as smoothly as a Stable build, this is the best build to get if you’re interested in being the first one to know about upcoming features that will most probably make it to the Stable build.

At the time of writing, Microsoft hasn’t yet released the beta build, which will be released following the testing of the Canary and Dev builds.

Microsoft Edge’s Beta channel will be updated every six weeks by the company. Google Chrome Beta gets updated roughly every week, with major updates at every six weeks — a month before the Stable build gets those updates.

A Stable build is the most commonly used one globally. This is what the end-consumers use. If you search for Microsoft Edge or Google Chrome for your smartphone, Windows PC, Mac or Linux, this is what you’ll generally get as a top result.

Stable builds are a result of the code being built in Canary, tested in Dev and bug fixed in Beta. So, in essence, stable builds are the best ones to use as your daily browser.

Google Chrome’s Stable builds are updated every two-three weeks, with major updates coming in every six weeks — a month after Beta build gets those features. You can expect a similar timeline for Microsoft Edge’s stable build.