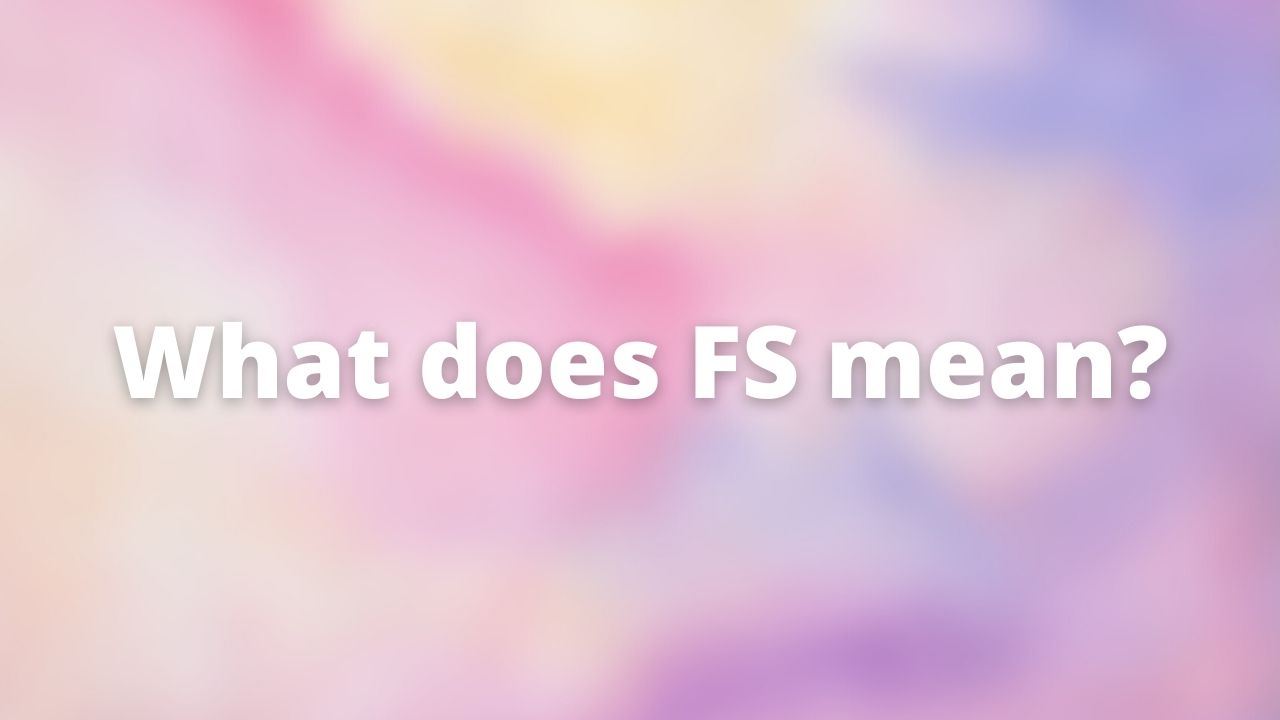 Generally, when you agree with someone, you would say something along the lines of ‘of course’ or ‘why not’. Well, FS is the abbreviated version of relatively similar expressions.

FS is widely used as internet slang for the expression ‘for sure’. But, similarly, like many other internet slangs, FS is also used in other contexts or situations as well.

Keep reading this article to find out the other meanings of FS and in what contexts can you use the expression.

Also read: What does WSG mean on Snapchat?

When can you use FS?

FS is widely used over social media platforms such as Instagram, Tik Tok, Twitter and several messaging apps. Here’s an example of FS being used in a conversation:

As shown in the example above, you can use the term to respond to a message in agreement quickly.

Other meanings of FS

Like many other internet acronyms and slang, FS can be used in several different contexts as well.

Here’s a list of other meanings of FS and the contexts they are used: