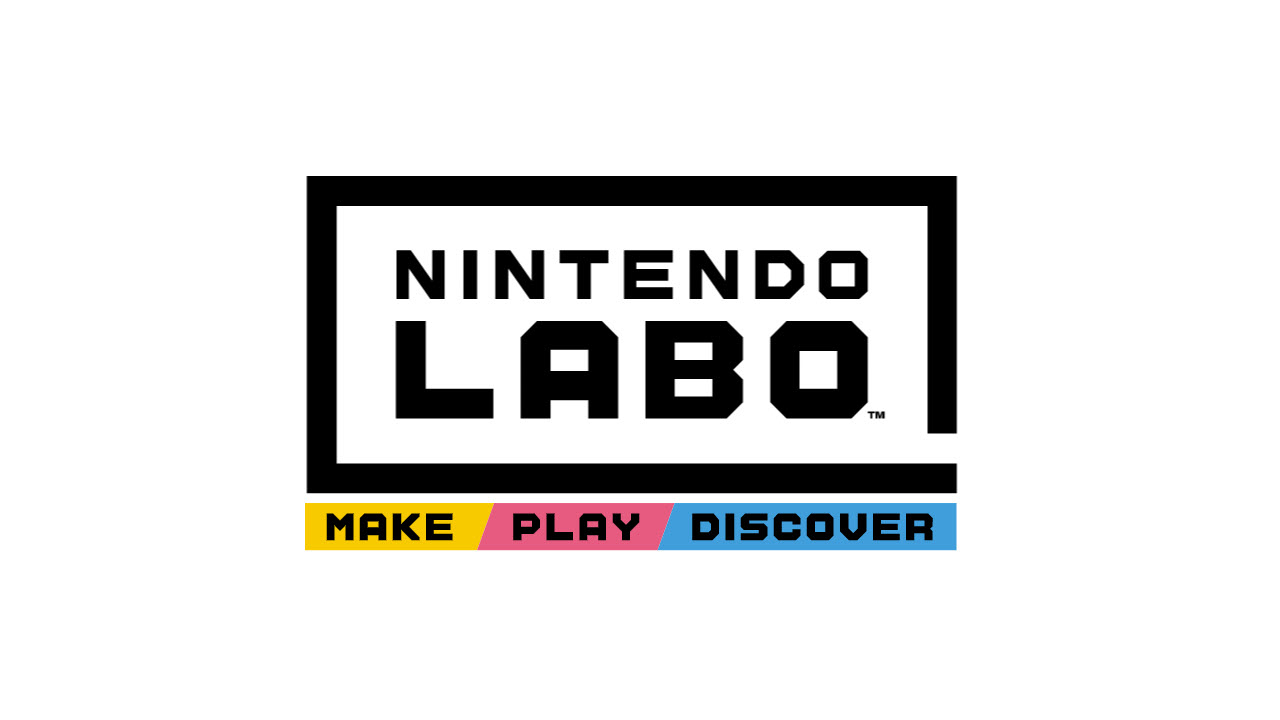 Creative ways to play games is a field that Nintendo has always dabbled in and this what the company was in its prime. They did it with the introduction of the GameBoy and the Wii, and they are now doing this with the Nintendo Switch.

Cardboard has been something that you might have used throughout your childhood to make items to play with, and Nintendo has managed to reintroduce this with the help of the Switch in the form of Nintendo Labo.

Initially released on April 20, 2018, and followed with introductions of different kits, Nintendo Labo is a unique concept which consists of two entities which make it what it is. There’s a game, and the other section is the cardboard portion, the game software provides instructions for construction and comes with an interactive game for the model that has been built.

The models that players build are known as a Toy-Cons and these work in integration with the Joy-Cons, the Switch display unit, and in some cases different compatible games.

Nintendo Labo kits are available in five different options and a DIY solution as listed below.

The Variety Kit is one of the two initial kits that Nintendo made available at the launch of the Nintendo Labo. It consists of five individual Toy-cons:

The second of the initial two, the Robot Kit only offers one game with several game modes. As the name suggests, players are required to build a robot with a carry-on backpack like items and a visor, the bag and the visor each hold a Joy-Con. The visor helps with motion sensing while the backpack can read hand and leg movements.

Vehicle was the first Joy-Con kit which was introduced after the launch of Nintendo Labo. It came with three different vehicle steering options for players to try out — for a car, plane and a submarine. The kit also comes with material to make a pedal for interaction with the steering units and other additions like a spray can model for being used in the Paint Studio. 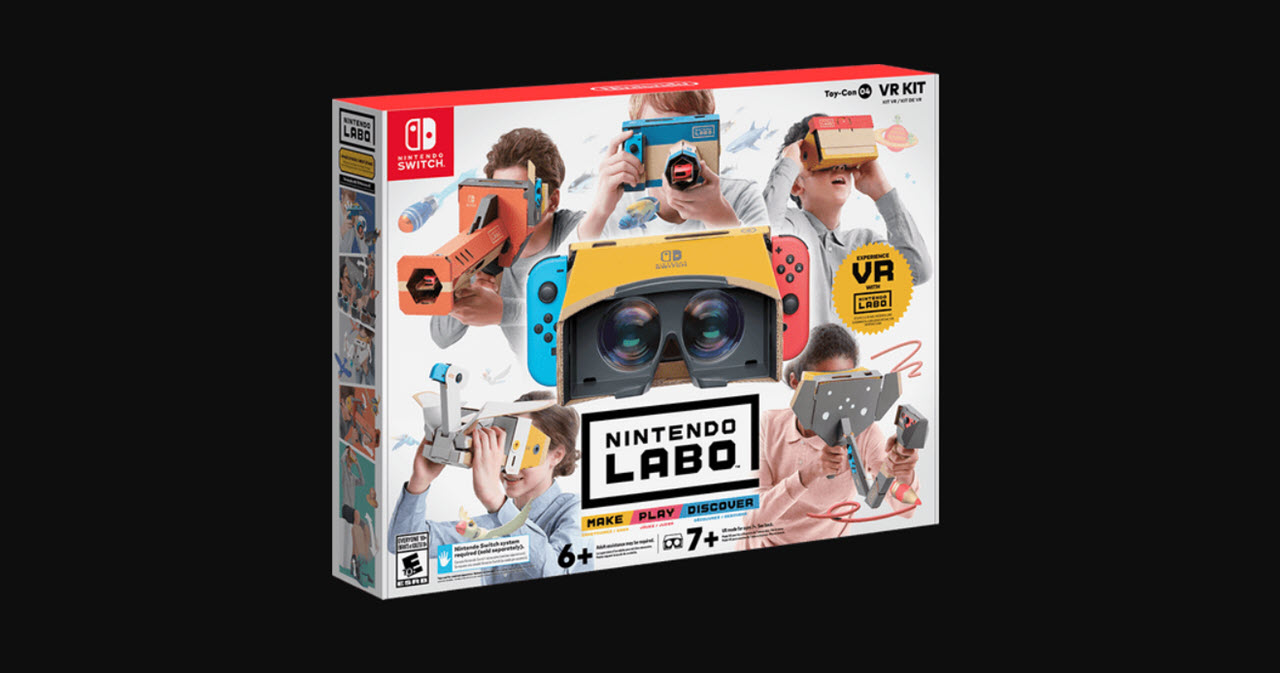 The VR Kit is the latest addition to the collection of Toy-con kits. The VR Kit revolves around the same cardboard concept used in earlier kits and is akin to the Google Cardboard VR headset. It allows for the viewing of stereoscopic 3D images with the Switch unit. The base kit brings with a blaster, a camera, a bird, an elephant and a space viewer although a starter kit with only a blaster attachment is also available, with the other accessories set to join at a later point in time.

The VR Kit has an integrated software feature that works with Legend of Zelda: Breath of the Wild and Super Mario Odyssey. 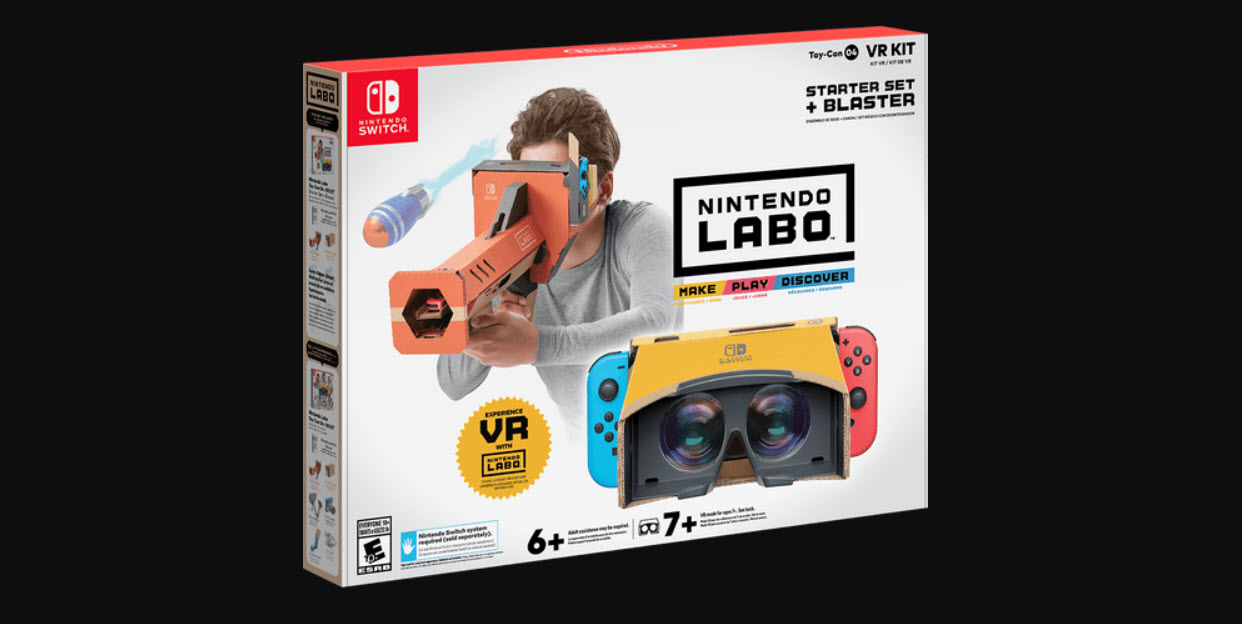 Toy-Con Garage is a Nintendo Labo software that allows players to create their Toy-Cons. Yes, you heard that right, your Toy-Cons can be programmed using simple commands and built using your materials. Actions can be carried out by linking up all the buttons available to each perform unique functions at this ends up producing a complex system for unlimited fun.

Nintendo has made replacement sheets available if any of the provided units end up damaged. Customisation is also another thing allowed by this product as kids can go ahead and decorate these pieces as desired.