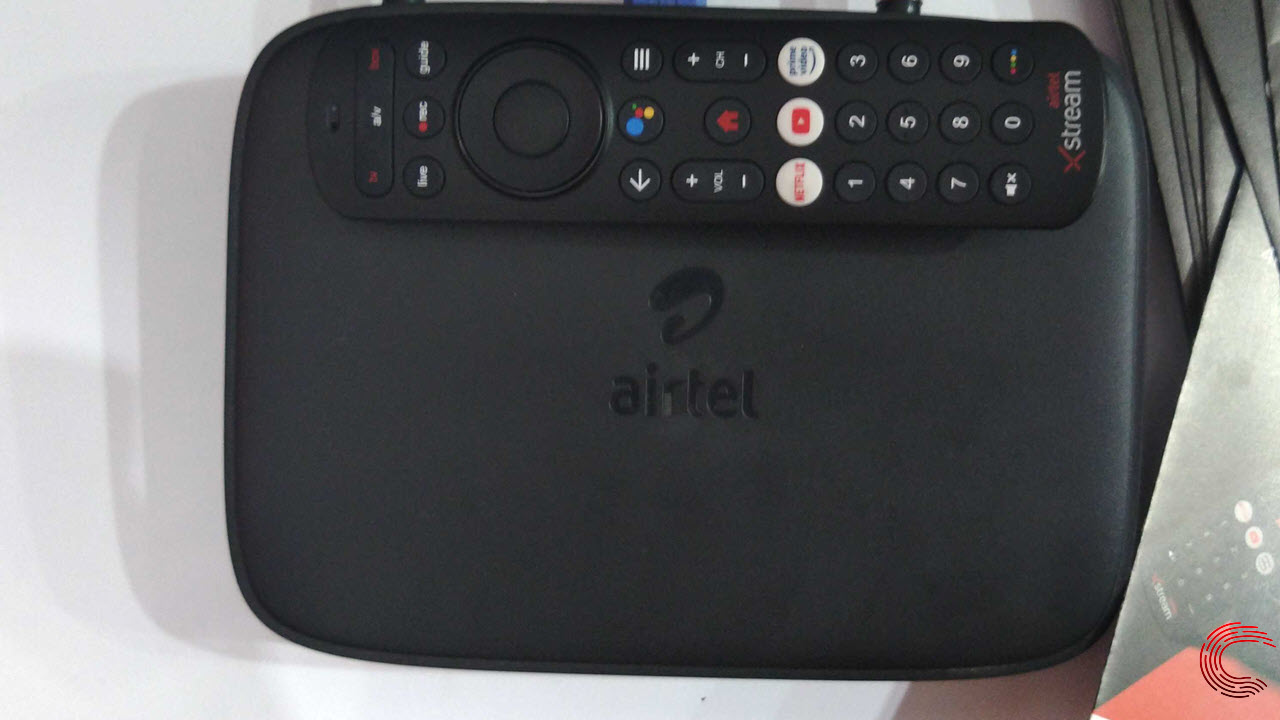 Airtel Xstream Box is an Android-powered 4K set-top box for TVs, which brings internet connectivity with Airtel TV DTH integrations — a combination that not only allows you to access the hundreds of TV channels but also stream content from the internet, including from prominent services such as Netflix, Prime Video and YouTube.

The set-top box was launched at INR 3999, which was later slashed to INR 3639. The Xstream Box is available to existing Airtel HD or SD set-top box subscribers as well as Airtel Thanks customers at a discounted rate of INR 2249. Airtel says that there is a box maintenance charge of INR 500.

Post that, the exact monthly price of your plan will depend on the DTH packs you subscribe to as well as the costs of the streaming plans of services like Netflix and Prime Video, among others.

You’ll also be able to access your Airtel Xstream Premium streaming service, which comes clubbed alongwith postpaid, DTH, broadband connections as well as with prepaid connections that are recharged with bundle packs of INR 199 or above. If you’re not an Airtel subscriber otherwise, you’ll still get access to Xstream Premium content for a year free of cost.

You can buy the Airtel Xstream Box online via Amazon, Flipkart as well as Airtel’s website, or brick and mortar store of Airtel and others like Croma.

Also read: How to change the password of your Airtel WiFi? 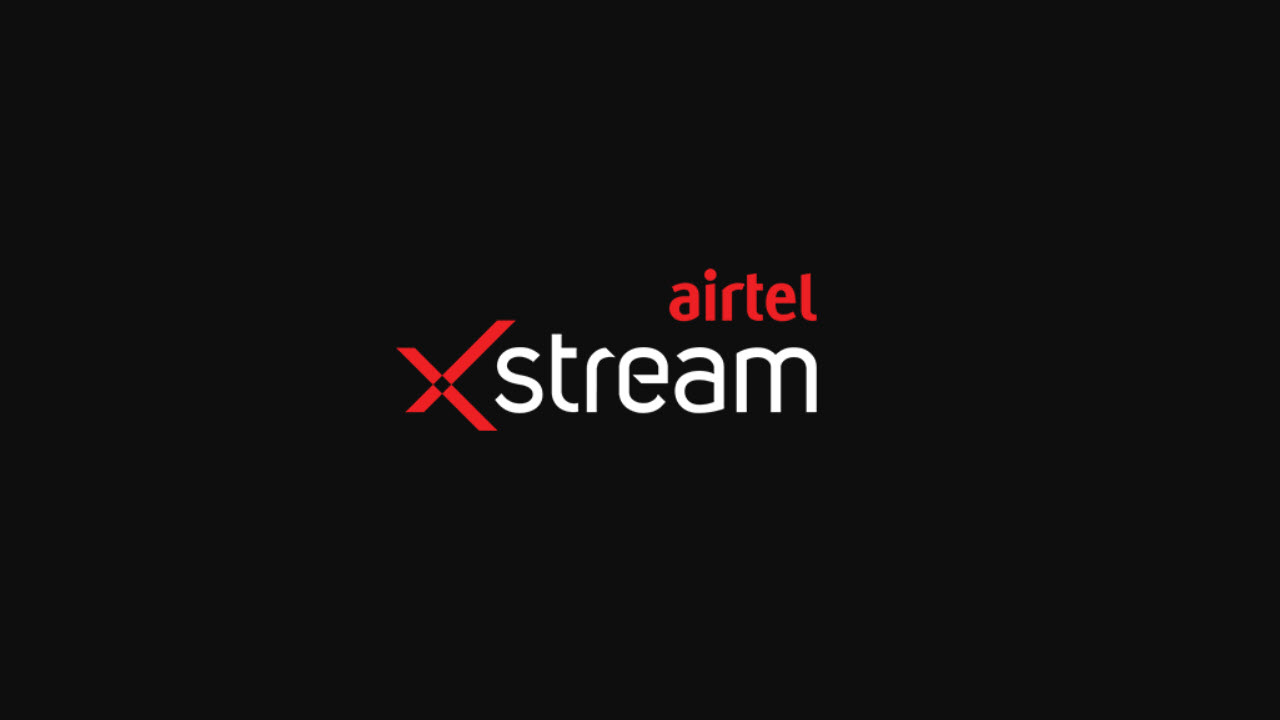 The Airtel Xstream Box also has Chromecast support, which means you can stream any media from your smartphone, laptop or tablet, by casting it directly to your TV via the set-top box. To do this, make sure your smartphone and the box are on the same WiFi connection and then press the cast icon on any cast-enabled app on your smartphone to watch it on the TV.

In addition to the features mentioned above, the set-top box comes with 2GB RAM and 8GB internal storage, which can further be expanded to 128GB via the SD card slot. It also has a USB slot. The Bluetooth remote-control support also allows you to use their smartphones as a remote as well as a controller while playing games.

The 8GB internal storage is only meant for the OS, apps and games. To record media, you will need to connect a USB drive — a feature subject to a software upgrade. The company says that once the feature is available, you can connect pen drives up to 2TB to record programs. Services such as Netflix or Prime might not allow you to download their content on an external drive.

To check for System updates or Remote Control software updates, go to the About section under Android Settings. 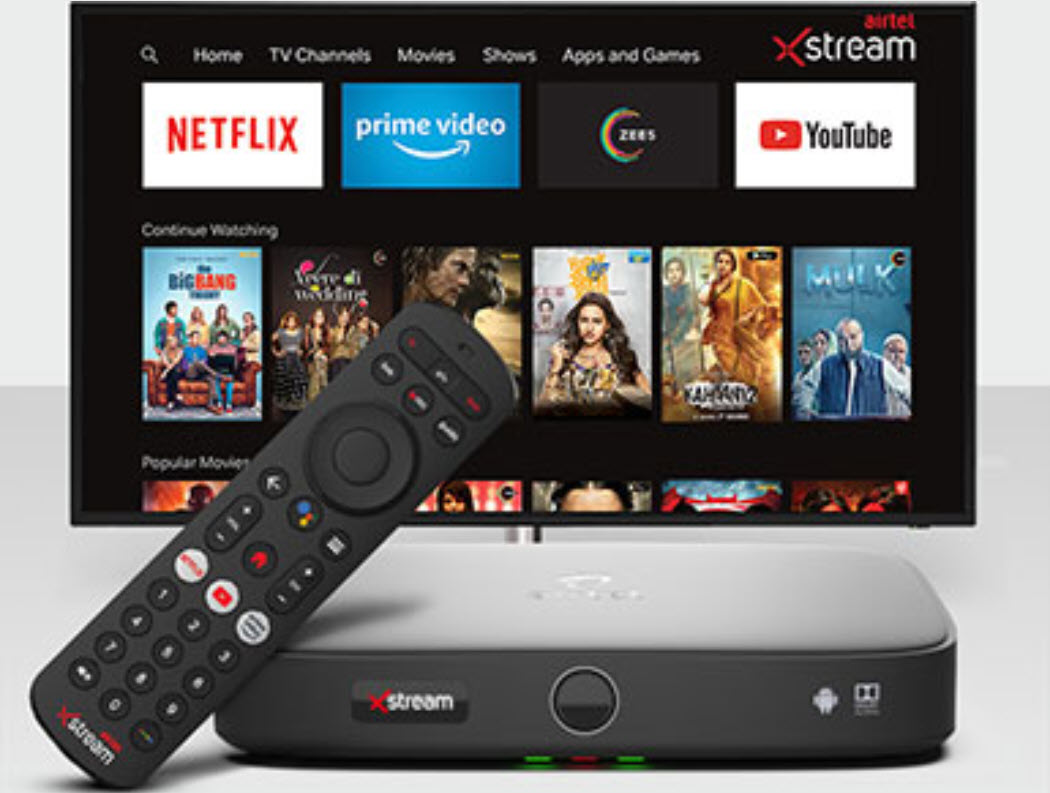 The set-top box has an ethernet port as well as WiFi receiver, that allows it to connect to the internet — broadband as well as a mobile hotspot. The company recommends minimum speeds of 4Mbps and above and even higher speeds to stream 4K content. It can also be used without an internet connection as a standard set-top box, but features like voice search as well as any internet-enabled services like Android TV won’t be available.

Also read: What is Airtel Secure? Everything you need to know