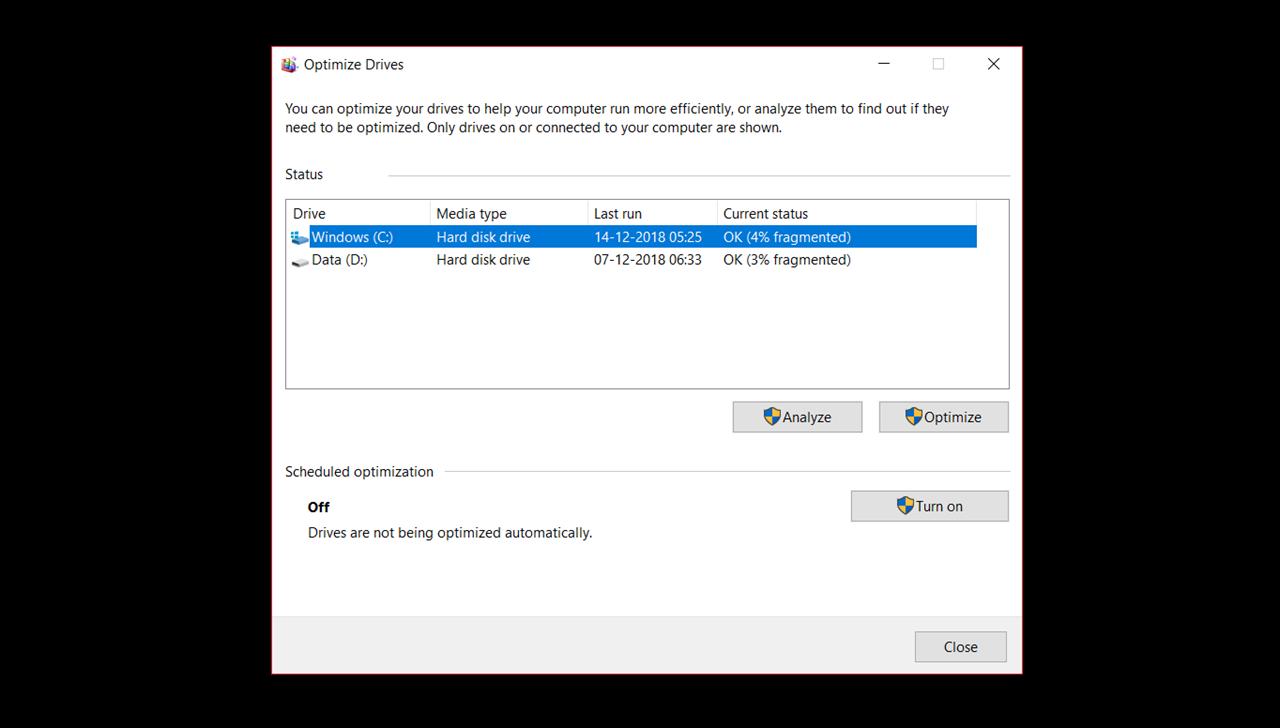 It is often recommended by all hardware experts to defragment your hard drive on a regular basis. Defragmentation not only helps increase the performance of the hard drive but also boosts up the read and write speeds and creates more space.

Disk Defragmentation is a problem that only occurs in mechanical hard drives and hence Solid State Drives or SSDs are not required to be defragmented.

Why does Fragmentation occur?

Fragmentation of a hard drive takes place over time as us users move, update, save or delete different files.

These changes made to the file creates a new location on the hard drive for storage. This new location differs from the original location and hence fragmentation occurs.

Successive updating, saving and deleting leads to even more fragmentation and the computer becomes slow in transferring data.

What is Disk Defragmentation?

Defragmentation is the process of reassembling fragmented files from a hard drive. Files become fragmented when a lot of data is written on a disk.

When there is less continuous space to hold data, the hard drive splits the location of a single file into two or more spaces which affect its performance over time.

Computers that run on Windows and have a mechanical hard drive require regular defragmentation. Microsoft has its own disk defragmentation tool but one can also download third-party applications to do so.

To reduce fragmentation on a disk, keep your files organised and systematic, avoid unnecessary and repeated modifications to the data and make different partitions on your hard drive.