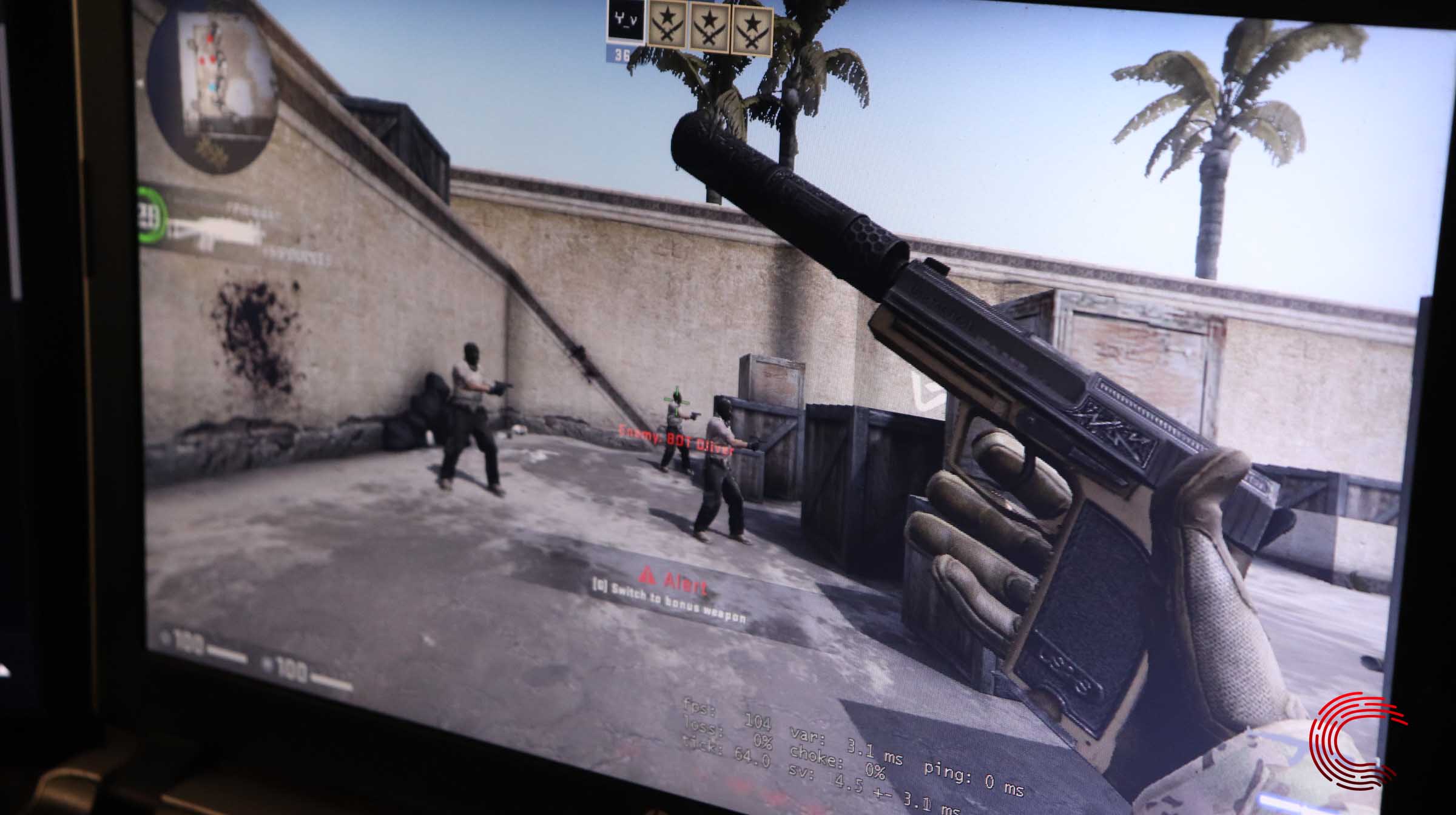 CSGO is quite famous for its extremely active community. People keep coming up with new mods, maps, and there is an abundance of community servers. It’s also very easy for anyone to start a server. People can download maps from the Community Workshop and host a server to play with their friends. However, hosting a server can be gimmicky for newcomers.

Also, often you’ll join a community and server and find it a bit difficult to get out the conventional way. Or perhaps bots are plaguing your server. Read on to find out how to kick bots or yourself in CSGO.

Read more: How to rank up in CSGO?

How to kick bots from a server?

Unwanted bots can be quite a headache to deal with, but fortunately, you can get rid of them rather quickly.

Step 1: Make sure you have the developer console enabled. Goto Settings > Game and make sure Enable Developer Console is set to Yes. 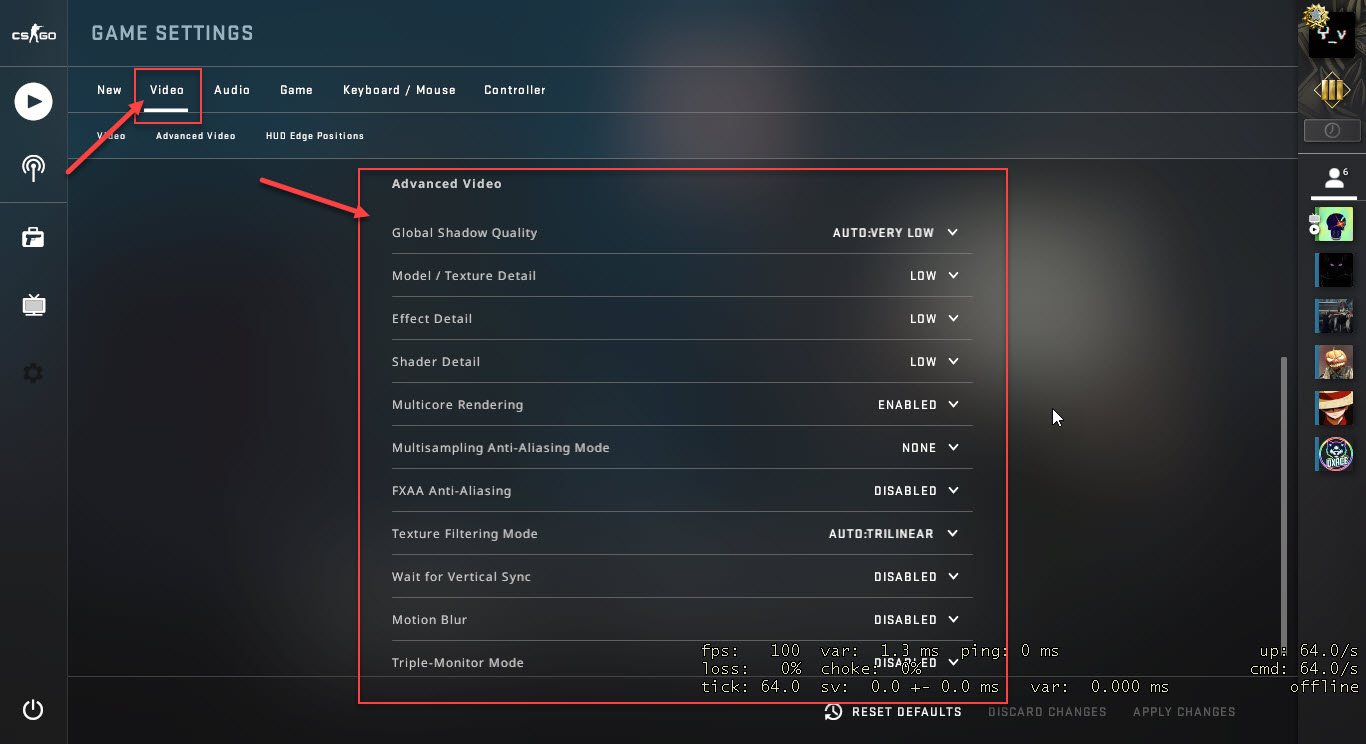 Step 2: Create your server. Once you’ve spawned, open the developer console by pressing the ~ key. 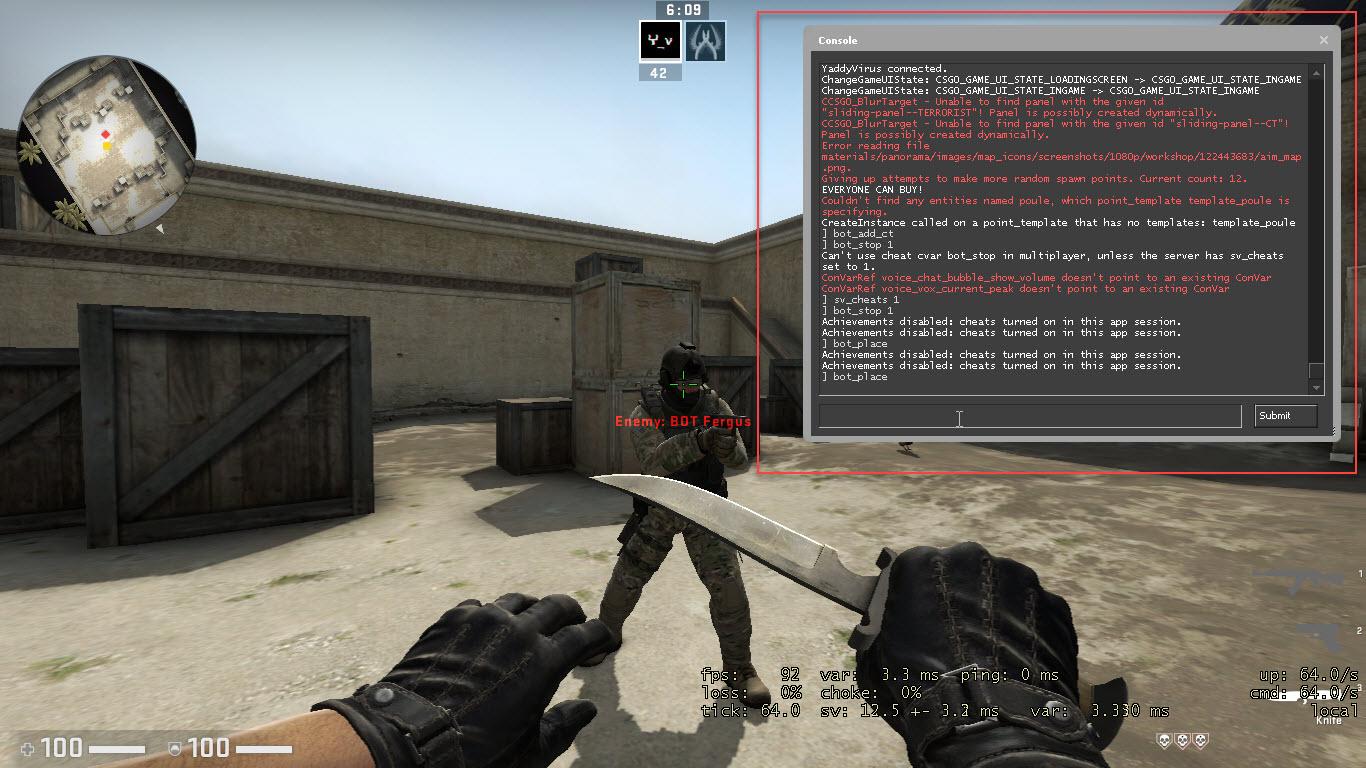 Step 3: Type in bot_kick to kick all the bots on the server. Type in bot_kill If you’d rather kill them instead. Note that bots do respawn after being killed. 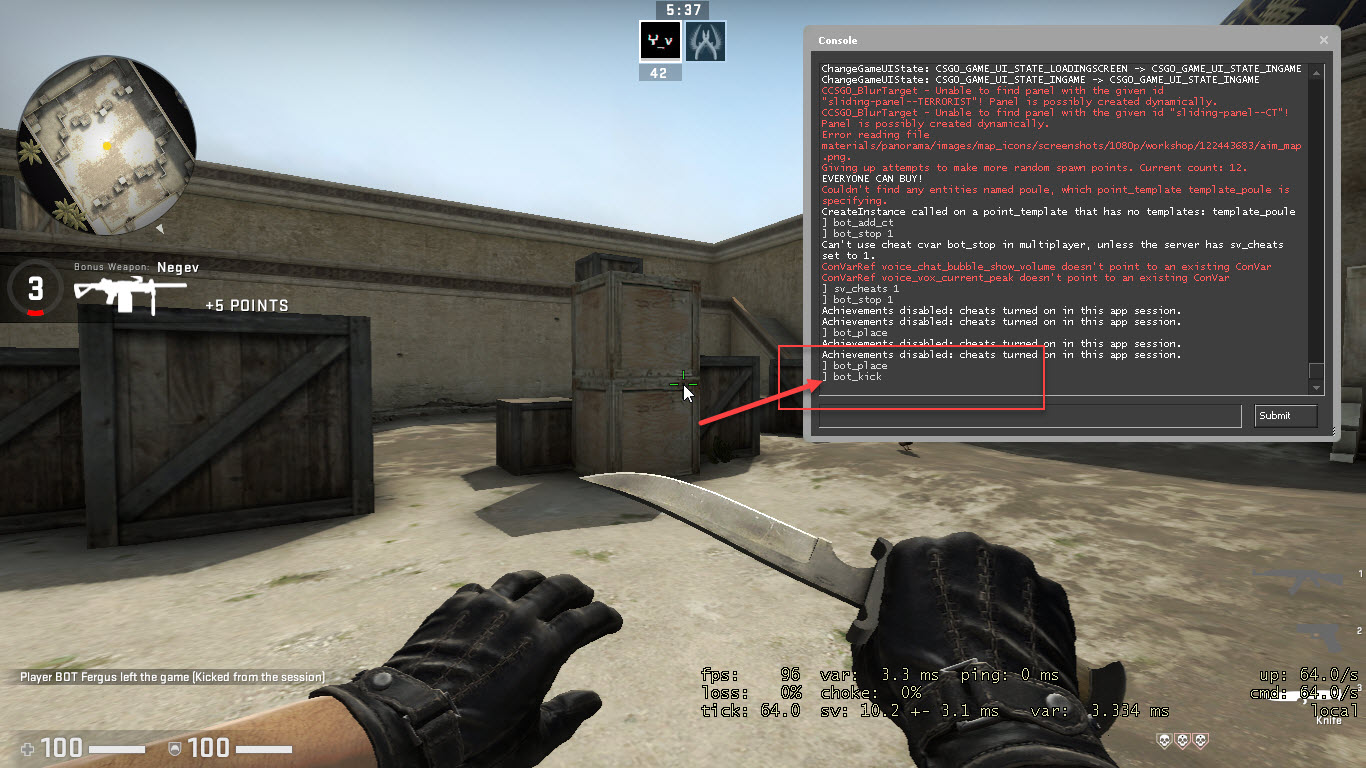 Read more: How to check, show and increase FPS in CSGO?

How to kick yourself from a server?

Sometimes you might land up in a server and might want to get out. However, if you do it the regular way (using the game menu), you might not get your XP or even get a competitive cooldown.

You can get around this by kicking yourself. This process also works on a bot. We’ve all been in the situation where a bot survives with a weapon while the rest of the team is broke. Using this method, you can kick the bot and get the weapon for yourself.

Step 1: Open the developer console by pressing the ~ key.

Step 2: Type in status and take note of the two digits in front of your name (or the bot’s). 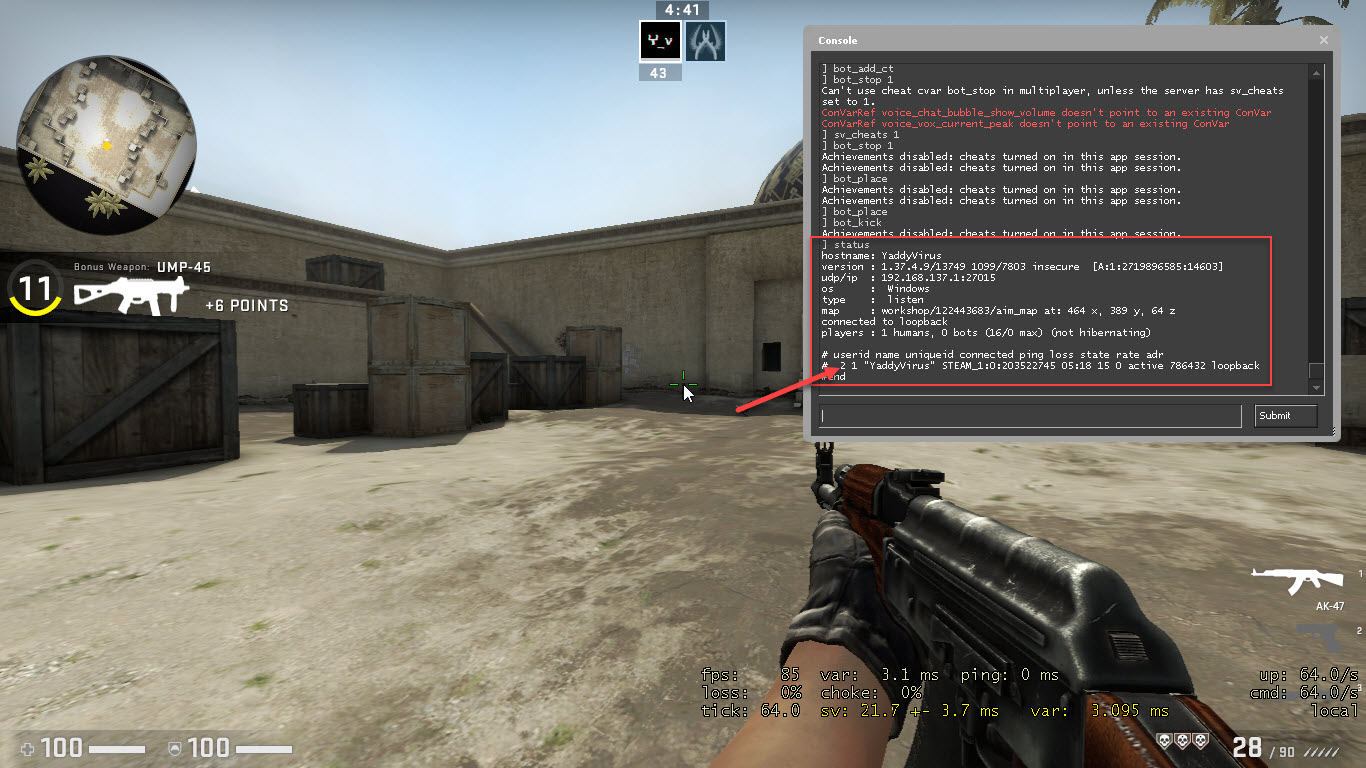 Step 3: Type in callvote kick followed by the two digits we noted in the previous step. This will automatically start a vote to kick you with you voting yes by default. 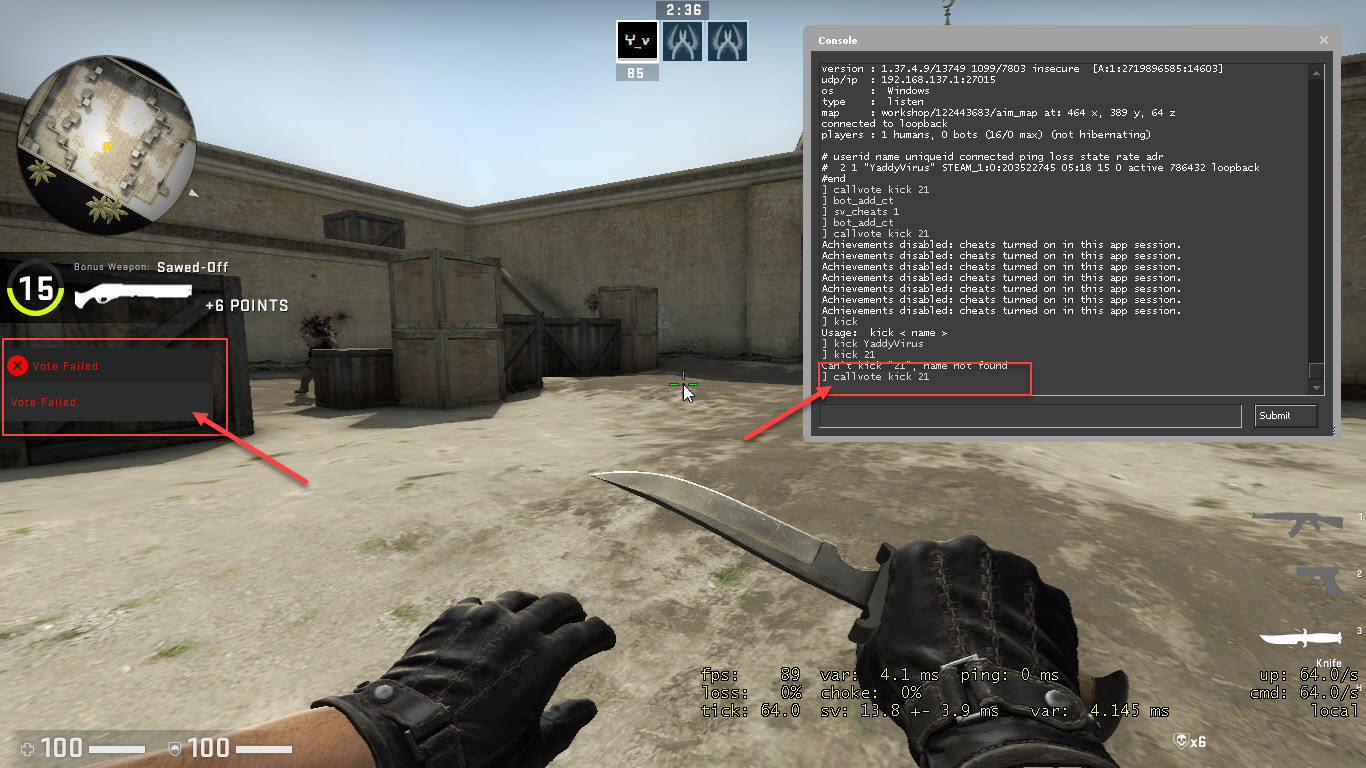 Note that in this example the kick vote failed as I’m the only player and admin of the server. Since the server is running on the admin’s machine, kicking the admin would mean closing the server.

Read more: How to restore your Trust Factor in CSGO?