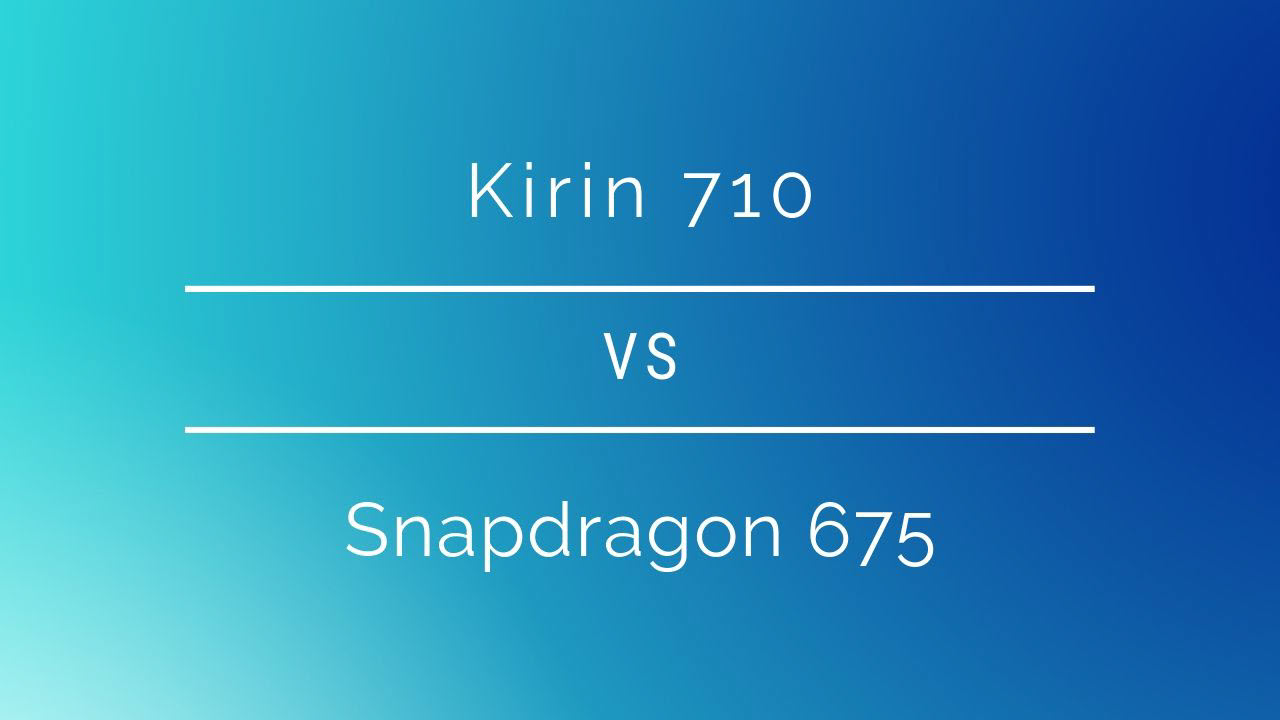 Huawei is one of the largest companies in the smartphone market, and they ship all their devices with a proprietary HiSilicon Kirin chipset range. They produce high-end chipsets and have never gone to any company for fulfilling their chipset demands. Most of the Android device manufacturers prefer to go with Qualcomm’s Snapdragon offerings.

The chipset which Huawei uses in the upper mid-range section is the HiSilicon Kirin 710, while the chipset Qualcomm produces for the same segment is Snapdragon 675. Both of the chipsets are powerful for their price and produce similar results with some differences.

The two chipsets are compared below on different parameters with a specification comparison table at the end of the article.

SD 675 has Spectra 250 ISP with triple-camera support, while Kirin 710 has dual-camera support of max. 16MP + 24MP. The lack of a third camera module keeps the phone restricted from giving users a range of focal length to click pictures.

Both chipsets have certain specific features which the other chipset lacks, such as Snapdragon 675 lacks NX bit that helps protect the computer from malicious attacks. Kirin 710 has an NX bit and takes advantage of it. On the other side, Kirin 710 lacks Error-correcting code or EEC memory to detect and correct data corruption. Kirin 710 also lacks out-of-order execution, making the CPU use instruction cycles that would usually be wasted due to delays.

The Snapdragon 675 chipset overpowers the Kirin 710 because of its architecture and support for more RAM. However, still, Kirin 710 is also a good choice for users, and the user’s decision depends on the features of the smartphones powered by chipsets.