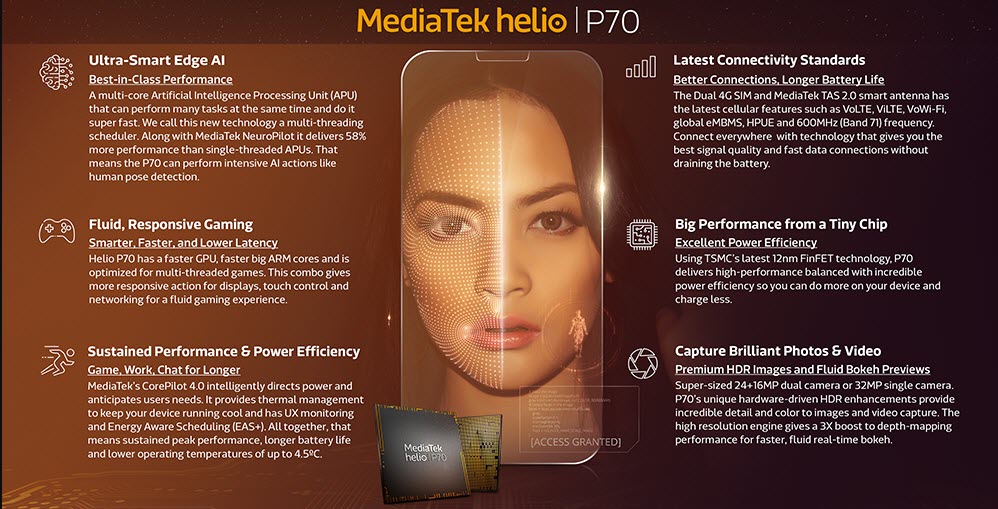 The introduction of the Helio P70 follows the launch of the Helio P60 earlier this year, and builds on its hallmark features to power the full-featured smartphones.

For an additional power boost, the chipset has an improved Arm Mali-G72 MP3 GPU operating at up to 900 MHz, which provides a 13 per cent performance improvement compared to the Helio P60, MediaTek said.

The chipset is built on MediaTek’s NeuroPilot platform, the company’s hardware and software ecosystem to support edge-AI.

Helio P70 comes with a 4G LTE modem and 300MBit/s (megabit per second) of download performance.

In the News: Qualcomm Snapdragon 675 chipset launched: Aimed for gaming