OnePlus 6T review: Does it deliver on the ‘flagship killer’ promise? 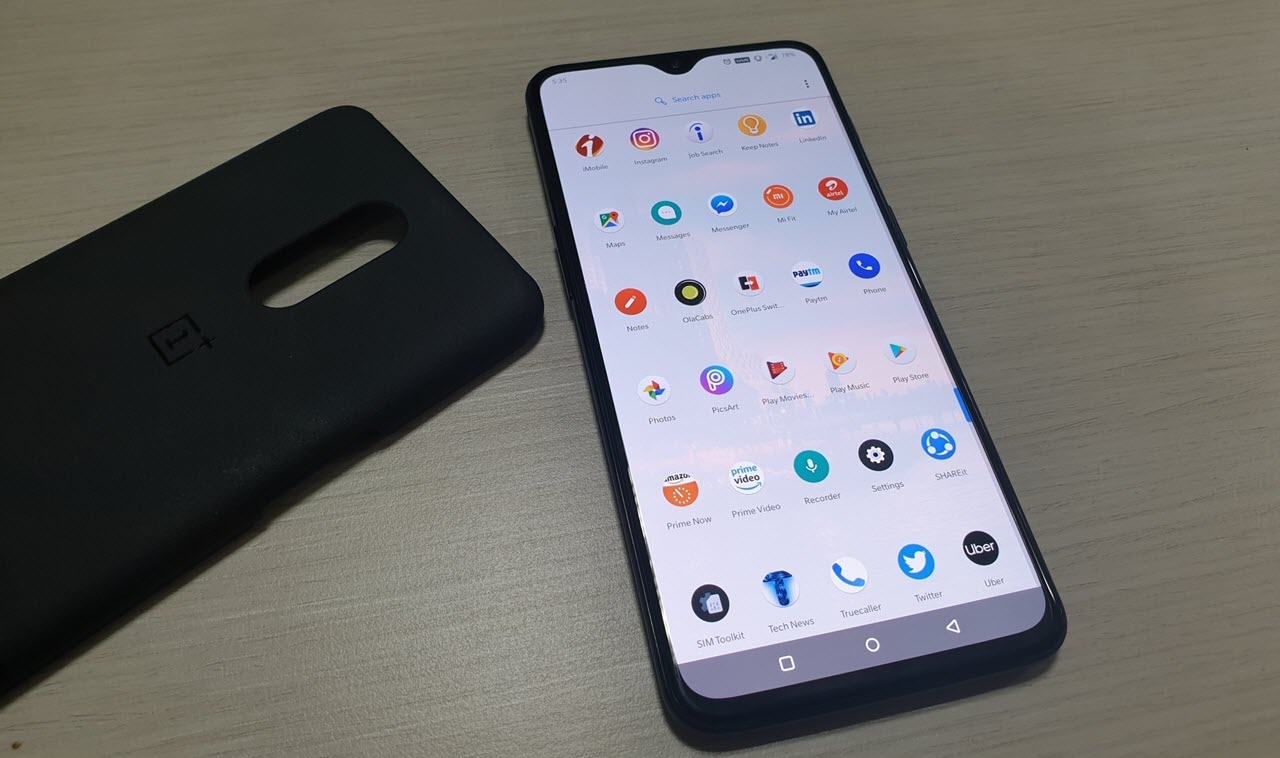 Since the launch of OnePlus 3 in 2016, Chinese premium smartphone maker OnePlus chose to follow a two-phones-a-year strategy and has been introducing a ‘T’ iteration roughly six months after unveiling a flagship device, with incremental upgrades.

The approach has been simple — to focus on powerful hardware backed by top-of-the-line chipsets. This has made OnePlus the leader in the Indian premium smartphone market for the second successive quarter that ended September 30, followed by Samsung and Apple, according to Counterpoint Research.

OnePlus marked its entry into the US with OnePlus 6T after partnering with mobile services operator T-Mobile in late October. It has now also brought the device to India.

The company’s latest addition packs in all the goodness of OnePlus 6 along with meaningful upgrades such as the much-anticipated under-display fingerprint sensor, a smaller waterdrop-style notch and a bigger battery.

Unlike OnePlus 6, the 6T has been introduced in only mirror black and midnight black colour variants. We used the smartphone (8GB RAM+128GB variant) for almost a week and here’s what we think of it. In terms of design language, the “T” refresh brings one much-talked-about improvement — the tiny waterdrop notch — that gives an immersive 6.41-inch Optic AMOLED display with a 19.5:9 aspect ratio to the device.

It also means that the dreaded notch we saw in OnePlus 6 is now gone. The company now lets users hide the tiny notch completely in the settings.

Talking about more screen real estate, the bottom bezel of the smartphone is a tad thinner than its predecessor.

We pitted the device against the now obsolete OnePlus 6 by using the same wallpaper and observed that the taller display on the new iteration looked more dynamic.

At 8.2 mm, the all-glass phone is slightly thicker but feels more ergonomic, thanks to the pronounced rear curves.

OnePlus has tweaked the camera with what it calls the Night Mode, that essentially lights up a shot in very low-lit scenarios but takes some time to optimise the snap to add more details and make them look less grainy.

Also, you don’t know if the optimisation would work every time on a snap or not. The 20MP+16MP primary camera took neat and detailed photos in proper lighting conditions and like before, the app itself was easy to use.

The “Auto Nightscape Detection” is worth mentioning that automates the device’s more advanced low-light photography mode the moment it detects it is hard to obtain ambient light.

The Bokeh effect in macro shots was particularly pleasing. The 16MP front-facing camera also packs in some software tweaks that made selfies look better.

OnePlus 6T is fueled by a 3700mAh battery which easily helped sail through the day. The company’s proprietary ‘Dash Charge’ technology is a respite for users. After plugging in, we received about 50 per cent charge in about 35 minutes.

The under-display fingerprint sensor was reasonably fast. We installed the latest update that improved the accuracy of the fingerprint scanner and could unlock the device with a damp finger as well.

The performance was blazing fast, thanks to the Snapdragon 845 chip and 8GB RAM.

Since OnePlus is taking a leap towards perfecting smartphones with flagship-like features at a lower cost, it would have been great to see some IP rating on the device.

There’s no standard 3.5-mm headphone jack this time, but that isn’t much of a deal-breaker.

OnePlus has also done away with the notification LED, and the tiny notch only accommodates the selfie camera.

Conclusion: OnePlus has brought a slew of meaningful upgrades to the 6T, and the phone definitely looks and feels better this time. Topped with a bigger battery and some hardware improvements, OnePlus 6T makes for a highly desirable smartphone in the premium category.