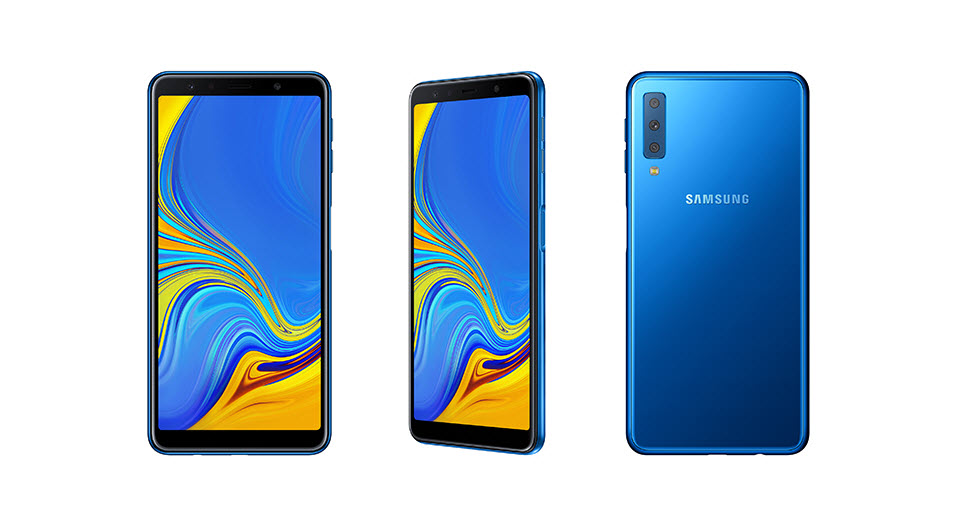 The Samsung Galaxy A7 with triple lens camera has been announced by the company. The 2018 version of the Galaxy A7 is scheduled to be launched on October 11 worldwide.

The Samsung Galaxy A7 (2018 edition) features a 6-inch Super AMOLED display, supports Dolby Atmos immersive sound technology (for earphones) and comes with a premium glass design with a side fingerprint sensor.

“Samsung is committed to delivering meaningful innovation to all consumers across the Galaxy family, no matter who they are or where they are in the world,” said DJ Koh, President and CEO of IT & Mobile Communications Division at Samsung Electronics.

“That’s why we’re excited to introduce innovative new features to the A series with the Galaxy A7, a practical but powerful device that is built to help make your every day both convenient and extraordinary.” 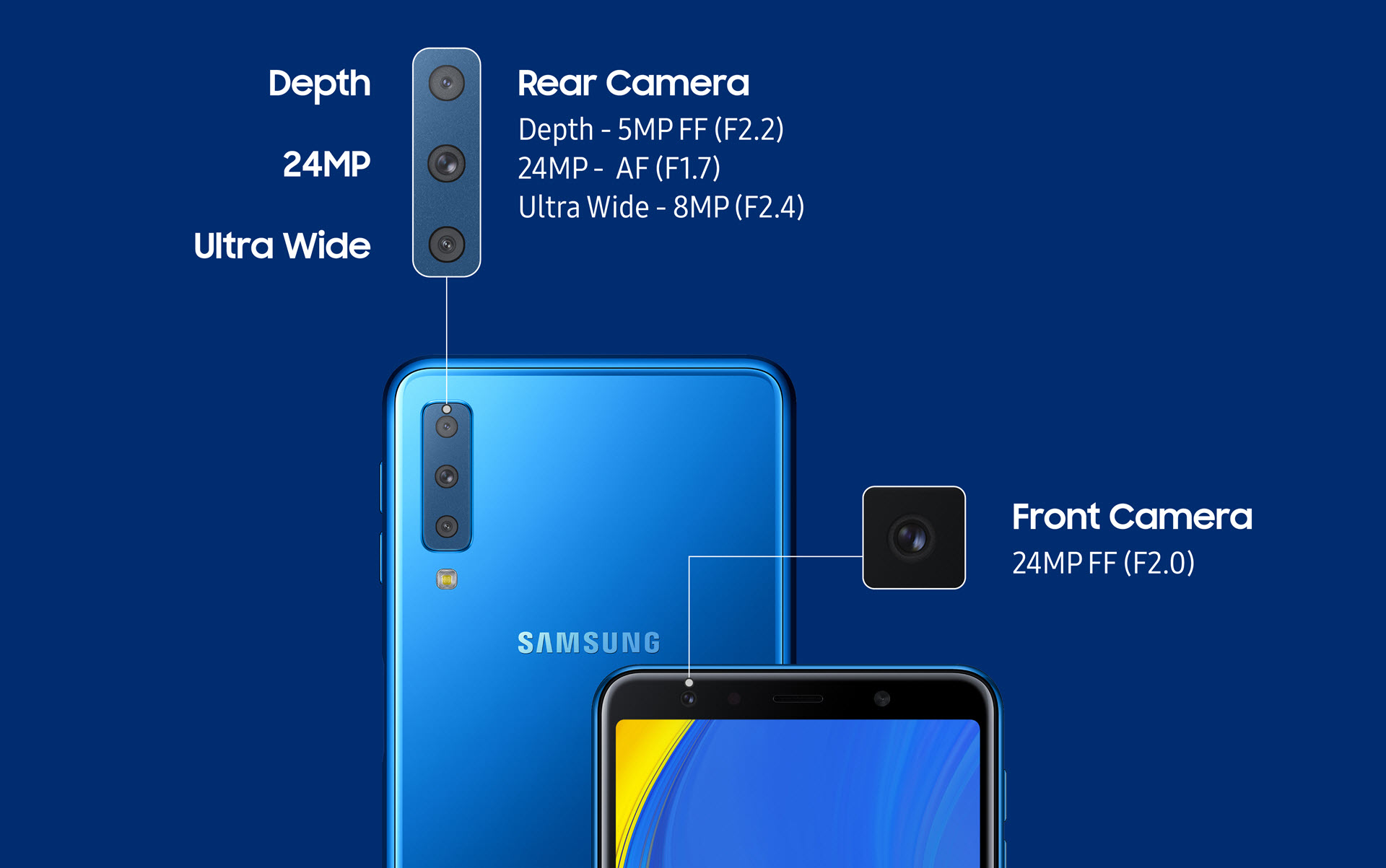 The triple lens rear camera of the Galaxy A7 features a 120° 8MP ultra-wide angle lens (f 2.4) that captures images just the way you see them.

The 24MP lens and 5MP depth lens coupled with Galaxy A7’s Live Focus feature, lets you control the depth of field and adjust the shot with bokeh effect.

The camera works better in low light conditions as it automatically combines four pixels into one to create a less grainy image.

The Samsung Galaxy A7 (2018 edition) is available in four colours — Black, Blue, Gold and Pink. Although the device comes with Samsung Bixby, Samsung Pay and Samsung Health, Bixby voice isn’t available on the device and availability of Samsung Pay depends on your country.