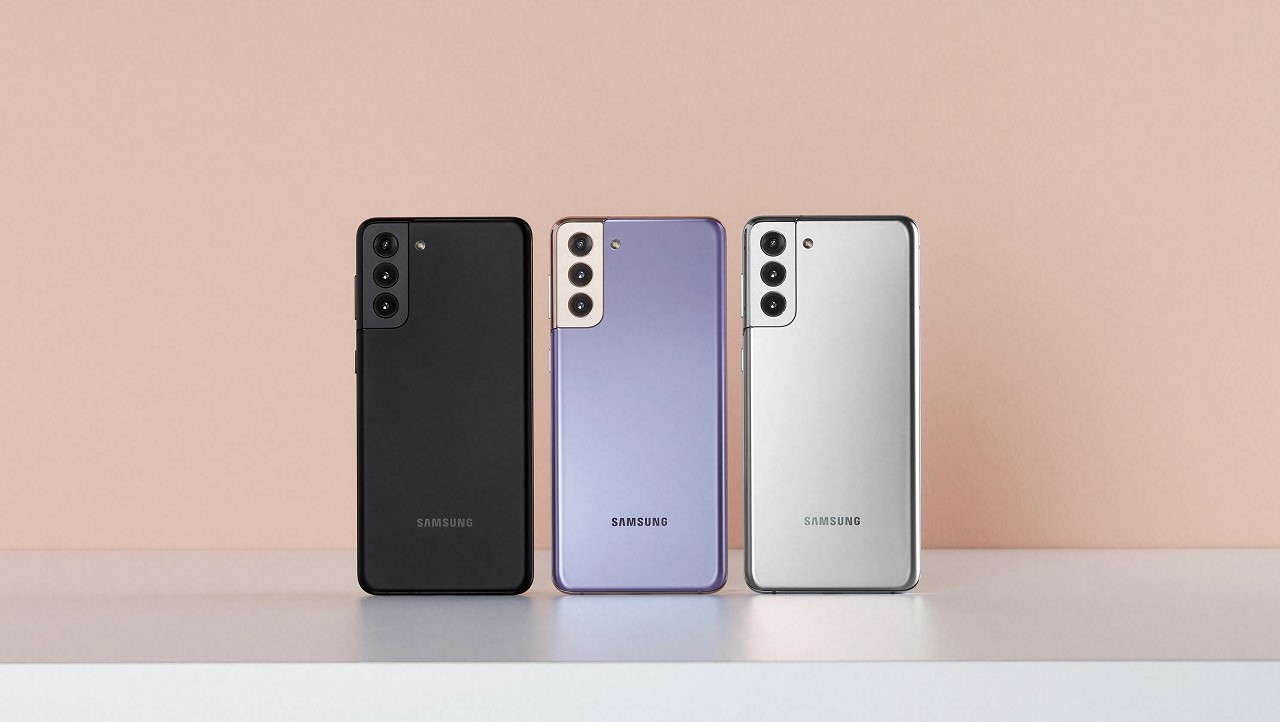 Following scores of leaks in the weeks before its announcement, on Thursday, Samsung unveiled the latest Galaxy S lineup of smartphones in an online event.

With the drastically different design and relatively lower prices that Samsung unveiled, the new devices have received a lot of attention, but how did Samsung get here?

From downgrading the displays and removing expandable memory, there is a lot different from the last generation. This article compares the S21 series against the S20 to help you stay informed about what’s new and different between the two generations of Galaxy flagships.

Smartphone design has started to become monotonous with each manufacturer picking up design cues from the other. But this year, Samsung has tried to bring something different to the table with the camera module.

The Korean manufacturer has maintained a contrasting camera module, but the housing now seems to melt into the device’s frame.

A new matte finish is also available across the lineup. The smaller S21 also continues the trend of replacing the glass rear with plastic. Last year’s models all featured a muted paint job but reflective glass panels, giving them a glossy and fingerprint-prone look.

The devices are available in the following colour variants:

In some regions, devices ordered from Samsung official website are available in additional colour variants. These include Red and Gold for S21+ and Brown, Navy, and Titanium for S21 Ultra.

Also read: What is the difference between Copyright and Trademark?

High refresh rate panels are a sought after feature in smartphone displays and last year’s models did offer this but with a caveat.

The S21 Ultra keeps the QHD+ display and now supports 120Hz at that resolution — a clear upgrade over the S20 Ultra. The software is also now capable of adapting to the content displayed — similar to Apple’s ProMotion tech on the iPad Pro line.

The S21 Ultra also features support for S Pen that is now available as an additional accessory. If you already own one it will also function with the new smartphone.

This year the SoC’s utilised also offer a significant generational leap. The Snapdragon 888 and Exynos 2100 present inside these new devices now have integrated 5G modems, a 5nm fabrication process for increased efficiency and, 25 and 30 per cent improvement in CPU performance over the last-generation — Snapdragon 865 and Exynos 990 — respectively.

What might be a gripe for customers is that some regions will still have devices sold with an Exynos processor. While Samsung claims they have improved their chipset only time will tell.

Also read: Chrome vs Edge vs Firefox: Which browser should you pick?

Unlike the slightly different camera system between the S20 and S20+, the newer models — S21 and S21+ — feature the same setup.

The S20 came with a triple-lens system comprising, a 12MP ultra-wide, a 12MP wide-angle and a 64MP telephoto lens. The S20+ added a depth sensor to this setup giving it a total of four lenses.

S21 and S21 Plus feature a setup similar to the last generation including a 12MP ultra-wide, 12MP wide-angle and 64MP telephoto lens. Hence, as has been a trend, users can expect improved camera performance due to updated computational photography algorithms.

The S20 Ultra model featured a quad-camera setup which included a 12MP Ultra Wide sensor, 108MP Wide-angle sensor, a 48MP Telephoto lens and a depth sensor. But the large sensor size of the 108MP haunted the model with focus hunting issues — a solution to this came forth when Samsung included a laser autofocus system on the Note 20 Ultra.

The S21 Ultra implements the improvements made in Note 20 Ultra to offer a quad-camera setup which brings a 12MP Ultra Wide lens with Auto Focus, a 108MP Wide-angle lens, and two 10MP Telephoto lens, one of which brings 3x optical zoom and another that allows for 10x optical zoom.

While the S21 lineup has seen price drops across major western markets, in India, the smartphones have seen a small hike in pricing — likely due to the inclusion of 5G enabled hardware which was missing in last year’s models.

Apart from this, if you were a consumer who preferred Samsung for their expandable storage, unfortunately, the S21 lineup does away with it.

The pricing according to storage variants for the various models is listed below.

Also read: How to fix the ‘Unable to answer calls on Android Phone’ issue?