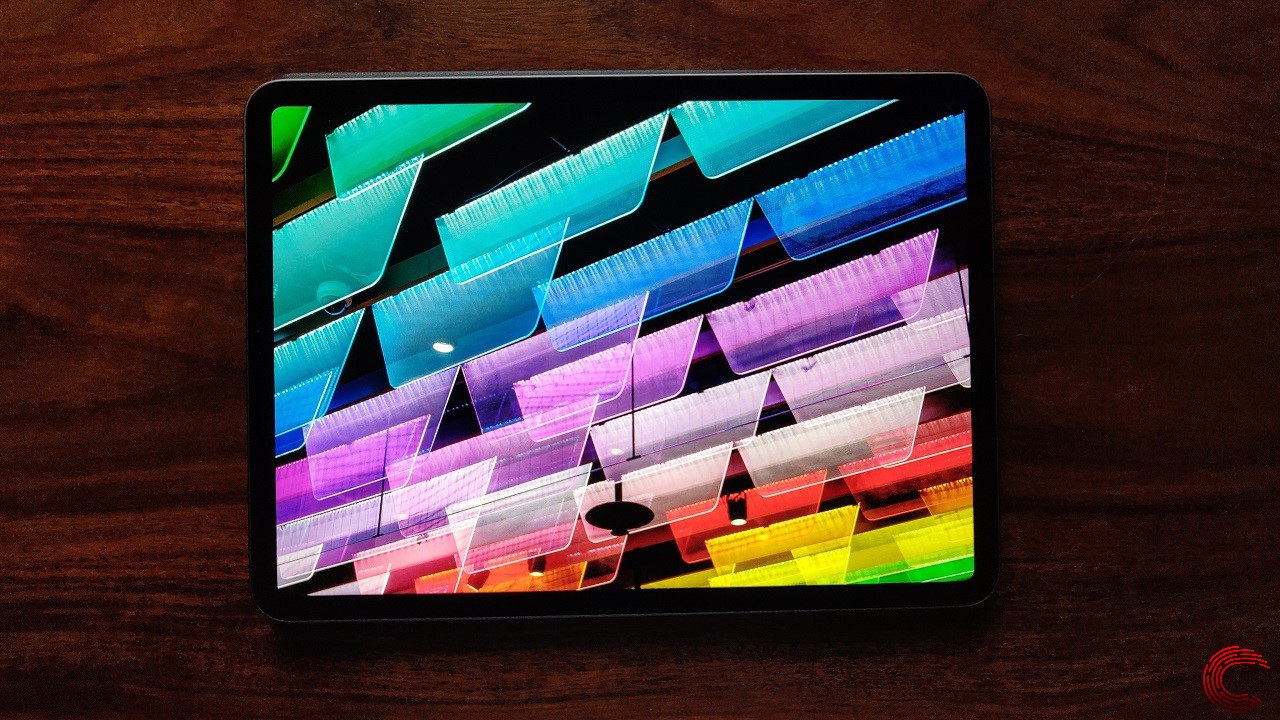 Apple introduced an all-new generation of iPad Pro models in 2017, with a display capable of refreshing at 120Hz. This feature added a whole new level of smoothness to the tablet’s UI and performance, and Apple monikered the tech that made this possible, ProMotion.

ProMotion refers to the ability of the iPad to be able to use its software and hardware to provide users with a certain degree of variable refresh rates allowing maximisation of battery life while maintaining a level of performance, which is pleasing to the eye. The software side of ProMotion display allows iPad Pro devices to alter the refresh rate depending on what’s playing. Movies would refresh at 24 frames per second while scrolling a webpage could be done at 120Hz — simultaneously. 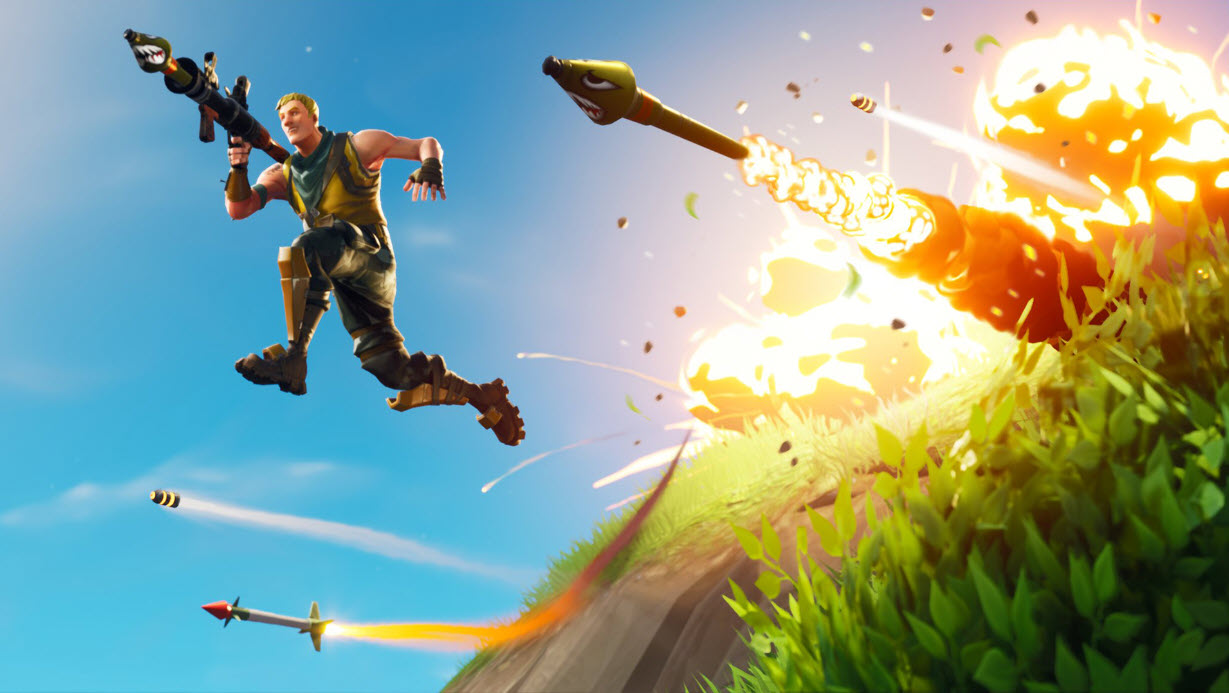 Fortnite Battle Royale has made the headlines for a lot of reasons ever since its inception; be it for playing a significant role in redefining the e-sports industry with its enormous cash rewards or for its vast active player base.

If you are a gamer who has not heard of Fortnite, you have got to be living under a rock. Just in case you are unaware, like several other battle royale games, the game revolves around 100 players dropping onto an island and fighting it out, be it with builds or with bullets, to see who can finish on top for the Victory Royale.

After going without any major updates for over three months, Fortnite started the second season of Chapter 2 last week on February 20. If you still have not checked it out, we recommend you to jump right in because a lot of the new mechanics have breathed life into the game, although it may not be as popular as it used to be. 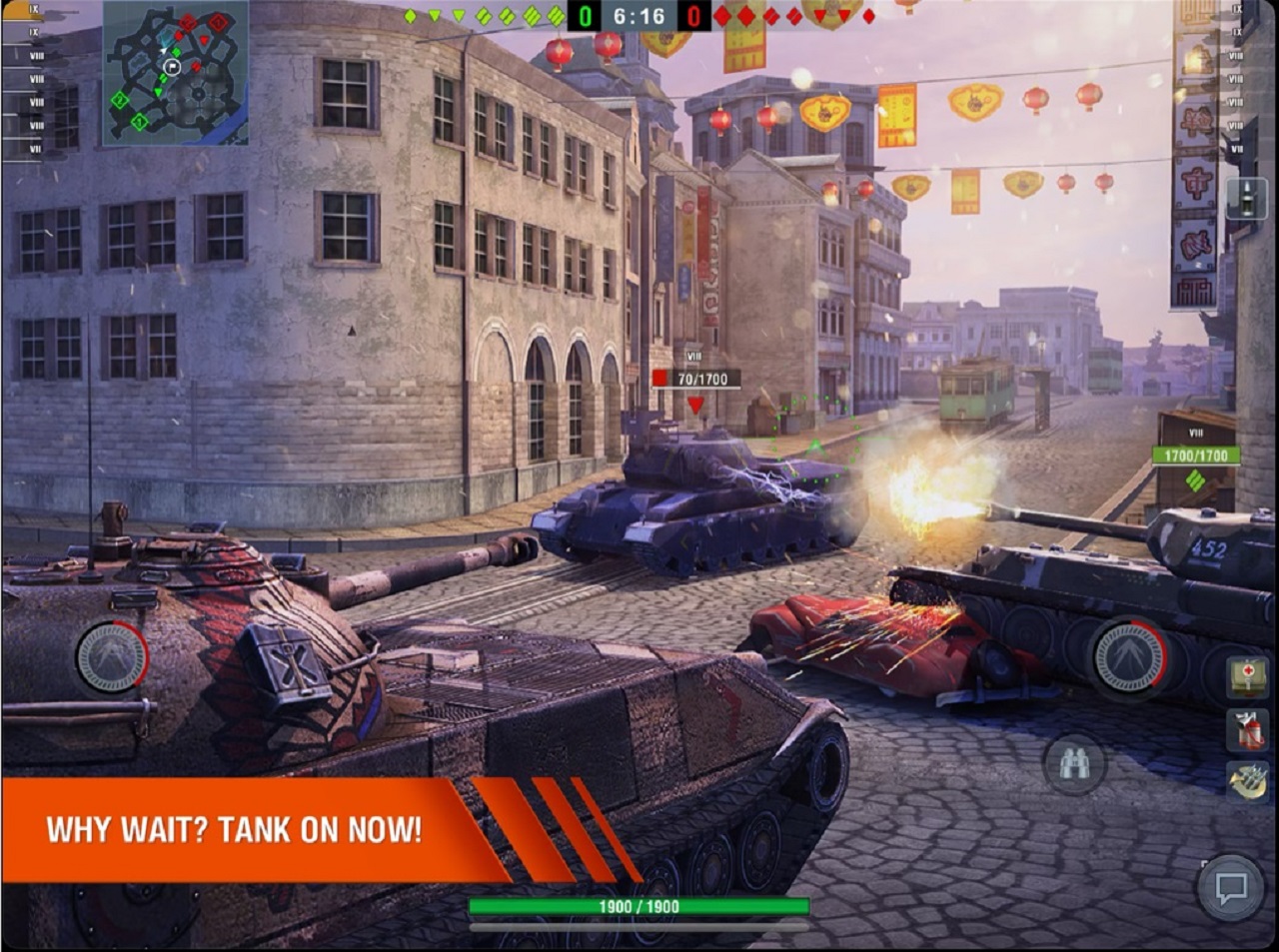 Set in the World War 2 era, World of Tanks Blitz is a massively multiplayer title based around the titular armoured vehicles. The gameplay revolves around 7v7 battles with a plethora of playable locations. There are various game modes and the wide variety of tanks that players can choose from making each round you play an unpredictable experience.

The title boasts of over 350 unique vehicles with historically accurate designs — some of them are even experimental. The high refresh rate of the ProMotion display makes the explosions from the game and the detail on the tanks a visual treat.

Download World of Tanks Blitz from the App Store 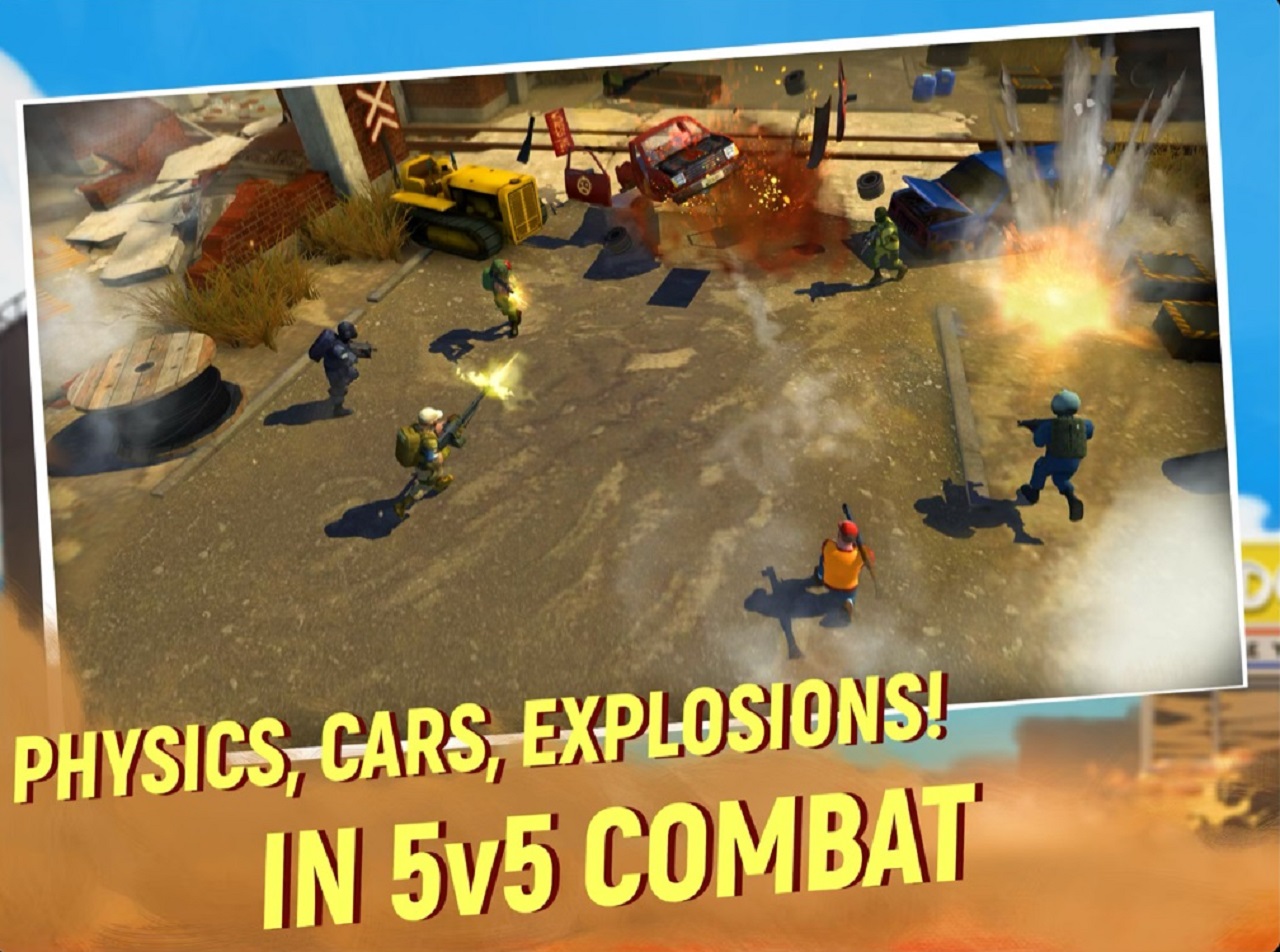 A fast-paced combat game that delves away from the generic FPS format, Tacticool places you in a team of five which partakes in combat on maps that incorporates destructible environments, vehicles and real-time physics. The game offers a progression system supported by an item shop, which allows you to purchase various weapons and support equipment and upgrade them as you continue playing.

Disclaimer: When games include Item Shops, a portion of its player base talks about the Pay-to-Win angle that the game develops. During our research, some of this title’s reviews, while positive, did include such complaints. Regardless, a lot of the reviews received a response from the developers who mentioned that they would be working on the game’s matchmaking algorithm. So if you decide to play, keep an eye out for future updates from the makers of this exciting game. 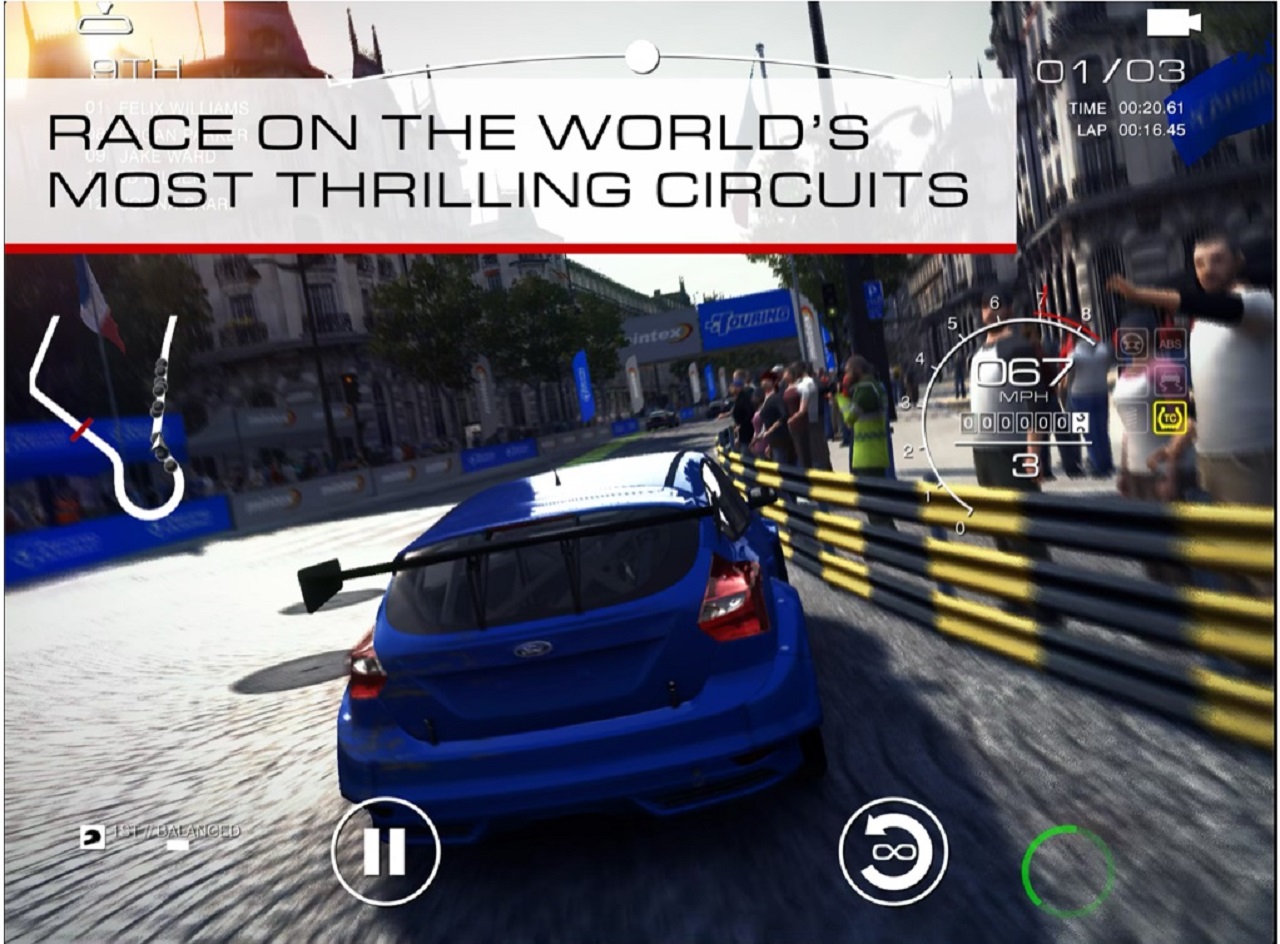 GRID Autosport by Codemasters, originally a AAA title from 2015, was ported by Feral Interactive to mobile devices. The game brings visuals that make it comparable to its console counterpart — 120Hz refresh rate takes to a whole new level — all with the convenience of on-the-go gaming. However, it can eat into your battery life.

The way you play the game depends entirely on your preferences. You can play with the various assists on or off while controlling with MFi certified devices or mobile-specific options like tilting and on-screen buttons. The different game modes are not hidden behind any paywalls and are included with the $9.99 price tag. 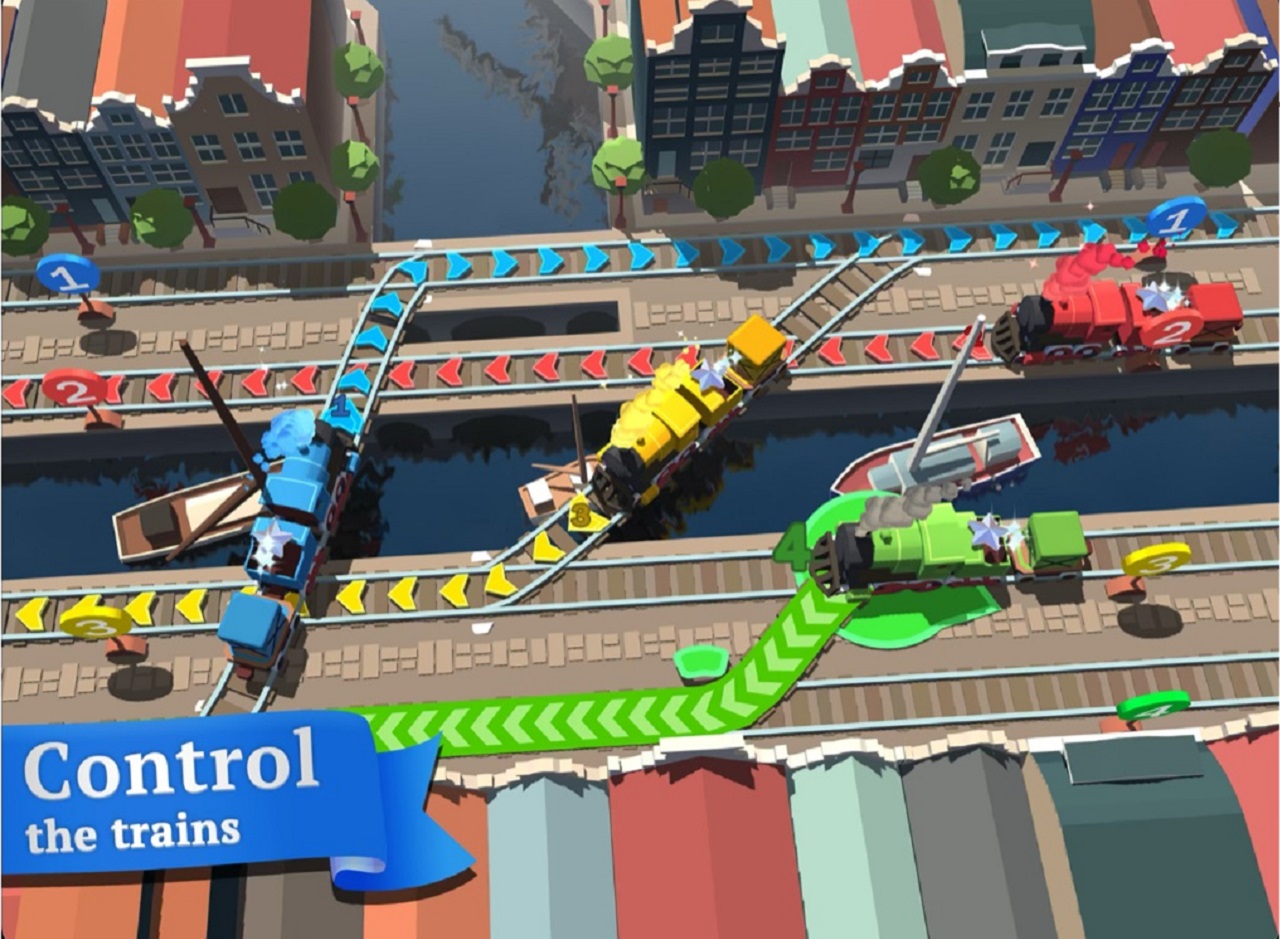 Train Conductor World is a role-playing game, which requires you to manage railway traffic to become the ultimate tycoon. You start with one railway location from where you go on to connect to various others across Europe.

The game plays in a way similar to Air Control, but each round ends within a specific time limit. After playing just a few levels, you’ll undoubtedly start feeling the heat. The visuals from the crashes and near misses can often cause screen tears on mobile devices, and this is where ProMotion makes a big difference with its ability to display the sparks from near misses and close encounters with fantastic detail. 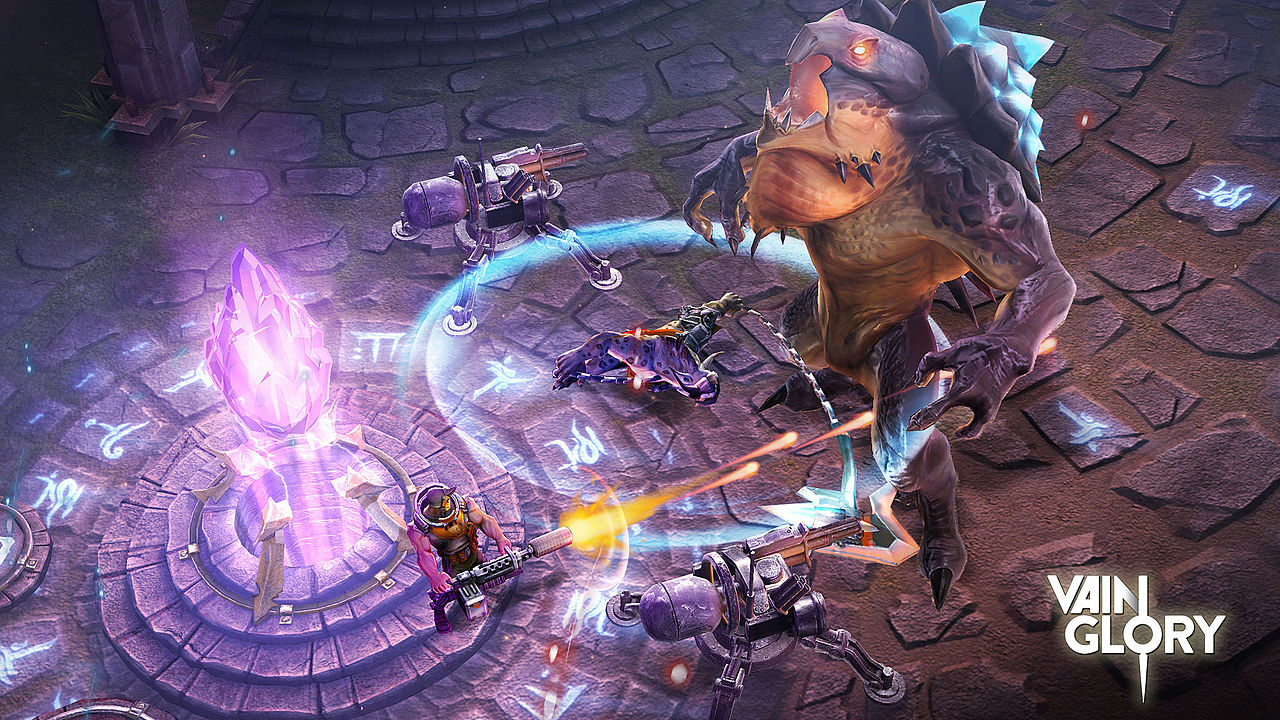 Vainglory is a MOBA title that takes after popular PC titles like League of Legends or Dota 2. The game provides players with the option of playing in a casual or competitive setting. With games like this, there is a lot of information available on the screen at once and interacting with it is of utmost importance. The ProMotion display on the iPad Pro models makes this easier and more appealing to look at it with smooth visuals and fast response times, allowing you to execute control with high precision. 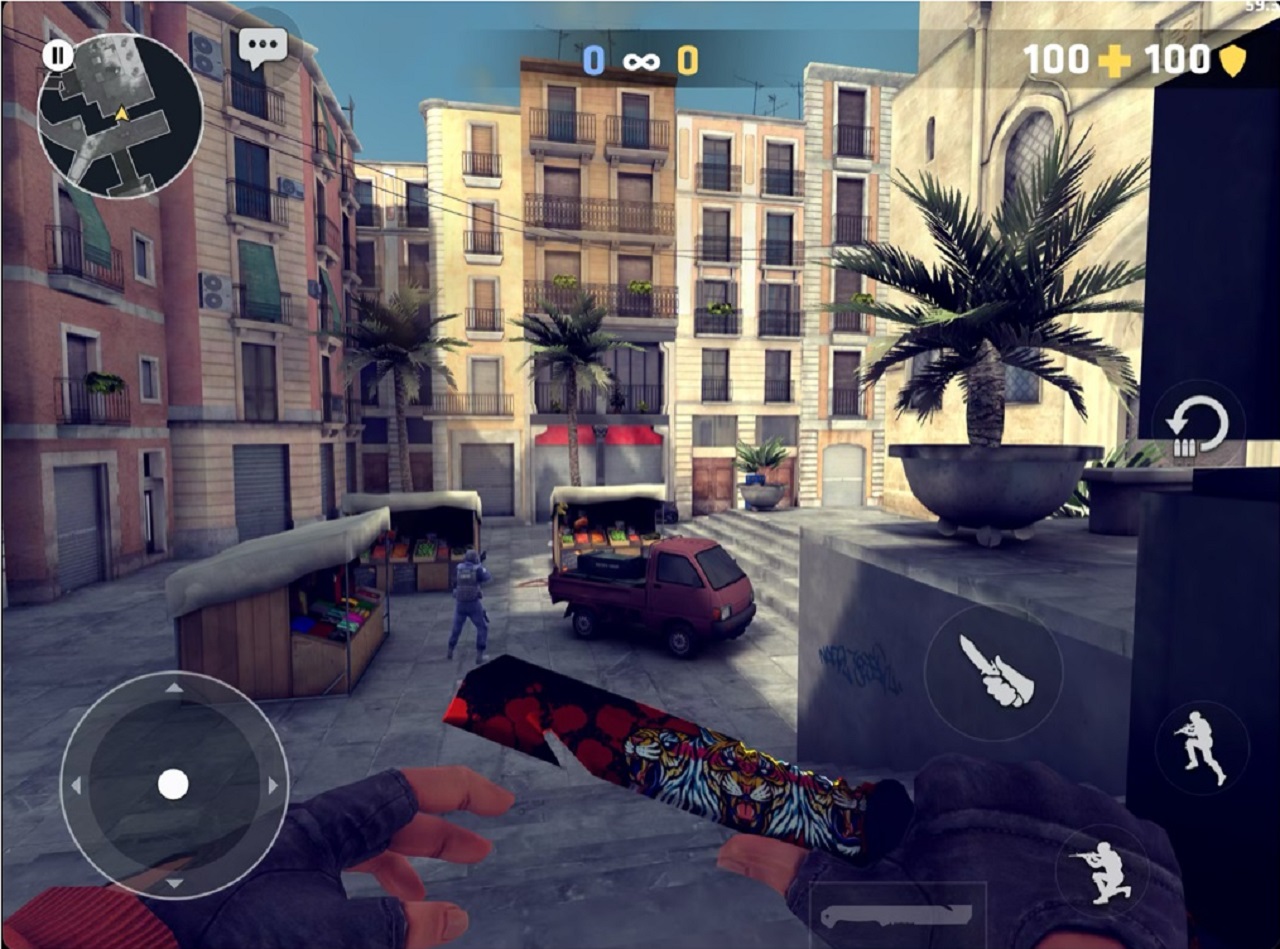 This CS:GO-like game brings with it what we have come to expect of FPS games, and that too on a mobile platform. The game claims tactical skills and fast reflexes are essential to success — the latter is assisted by higher frame rates, allowed by the ProMotion display. Nevertheless, the game is exciting to play and offers an experience that not a lot of others can match. So, if you are up for some casual gaming in a familiar environment, this may be a title worth checking out.