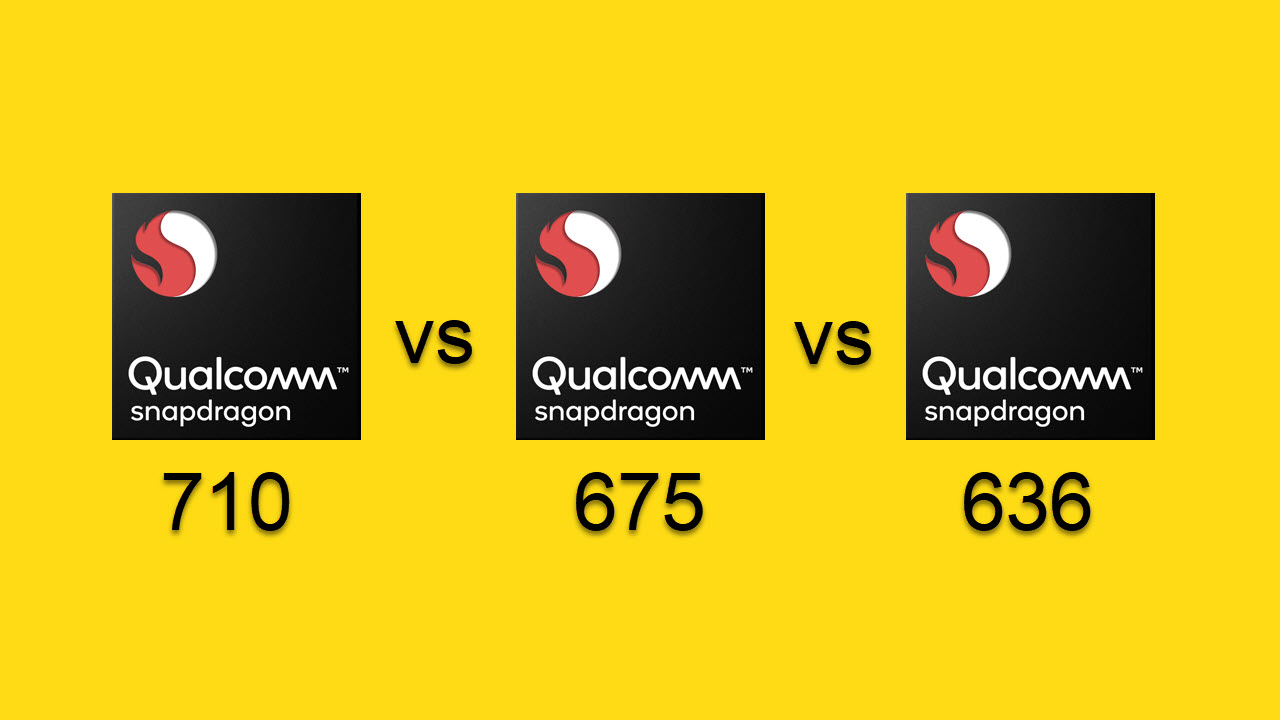 Qualcomm Technologies is one of the top players in the smartphone processor market, with 42% market share. There are various series of Qualcomm chipsets present for different price brackets for smartphones.

With the release of Snapdragon 710, the company brought some flagship-level features to the premium mid-range segment. 710  is the first in the 700 series and is based on the 10 nm manufacturing process. 710 offers features like 4K videos, faster LTE at a price workable for manufactures trying to produce mid-range devices.

Snapdragon 675 chipset is a direct successor to the current generation Snapdragon 670, which was announced in August last year. Snapdragon 675’s is the first to use Kryo 460 performance CPUs, based on the new Cortex A76 cores in 600 series.

The three Snapdragon chipsets have been compared on the following six parameters. A detailed side-by-side spec comparison is available in the table at the end of the article.

Check out the table below to learn more about head-to-head specs for the Snapdragon 710, 675 and 636