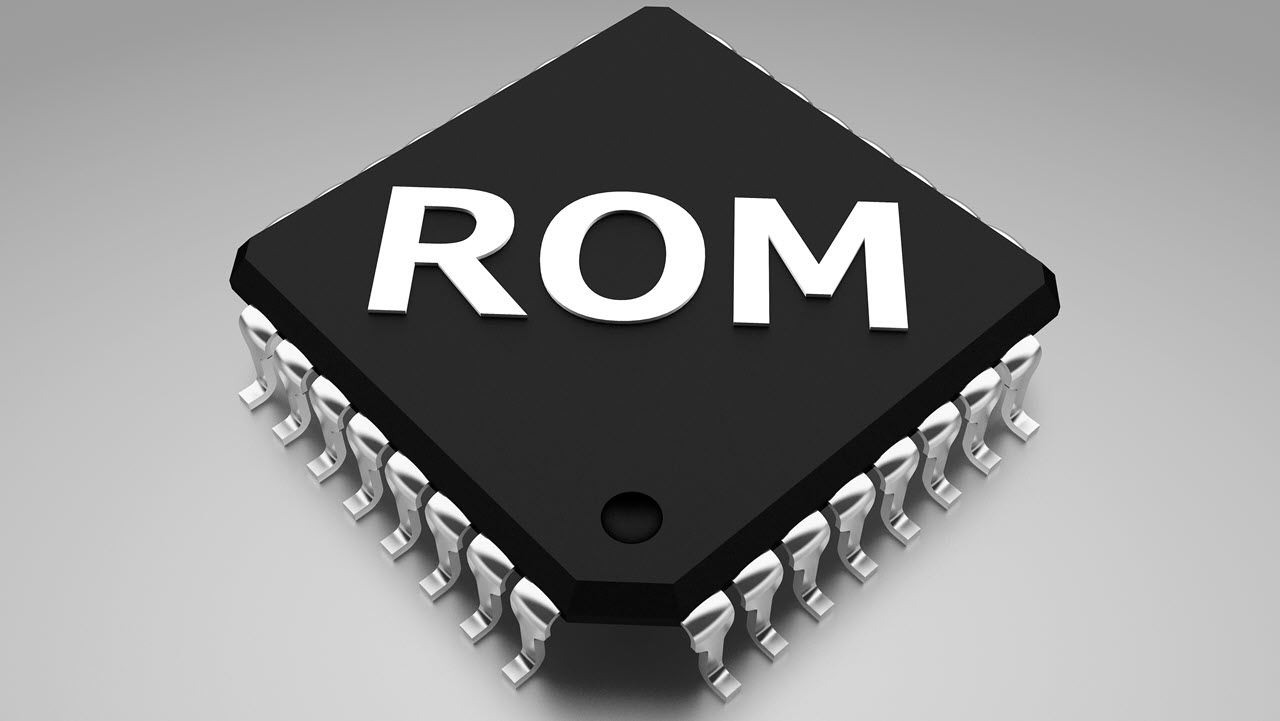 If you’re unaware, the acronym ROM stands for Read-Only Memory. ROM chips are not only used in computers but also in other electronic devices, such as smartphones, as well. Also known as the storage for a hardware’s firmware, it is an integrated circuit that is programmed with specific data at the time it is manufactured.

ROM is a non-volatile memory, which means that unlike RAM it does not lose the data once the device is shut down, and that’s one of the main reasons it’s used as secondary storage on devices that contains fixed programs and data.

How does ROM work?

The Read-Only Memory operates like how an array does. The ROM contains a grid of rows and columns that are to turn on or off. If the value is 1, it uses a diode to connect the lines. When the value is 0, the lines are not connected at all. Each element of the array corresponds to the storage element present in the memory chip.

The address which is fed to the chip is employed to pick out a specific memory location. Then the value which is read from the memory chip corresponds to the contents of the selected element of the array. It is known that ROM consists of two basic components that are Decoder and OR gates.

In ROM, when there is input to the decoder, it will be in the binary form, and the output will be decimal equivalent to it. All the OR gates which are present in the ROM will take the output of the decoder as their input.

Also read: What is Bloatware and why is it detrimental to the users?

There are five basic types of ROM:

Also read: What is Vishing Cyberattack? Tips to protect yourself