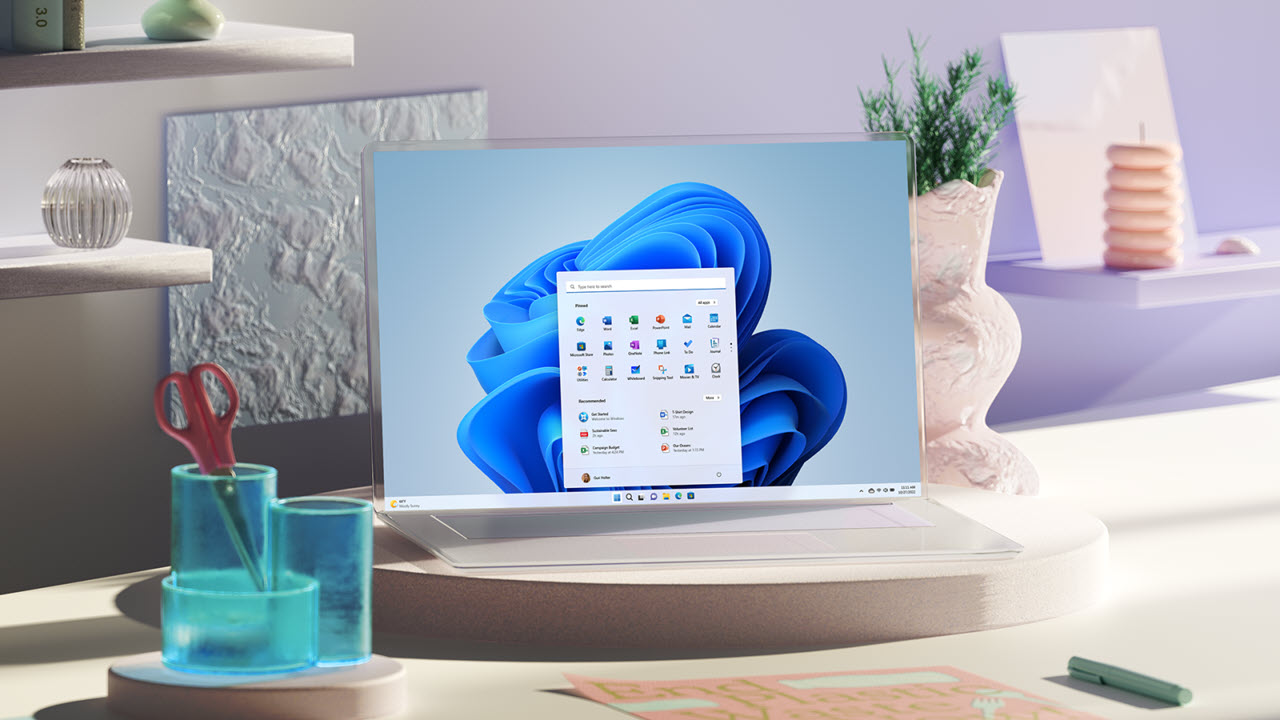 Windows 11’s 2022 update, the first major one since the operating system rolled out a year ago, is rolling out to over 190 countries. Starting September 21, users of Windows 11 21H2 can update to the 2022 update which brings new features and improvements to existing ones across the board.

For starters, the update includes Start menu folders, improvements to the snap layout, better touch gestures, a new Xbox controller game bar and live captions across the OS. And if you haven’t been a fan of the taskbar in Windows 11, it gets a whole lot better with Microsoft bringing back drag and drop.

In the News: GoI puts the impetus on Google to curb illegal lending apps

Software and visual improvements across the board

As mentioned before, the 2022 update brings software improvements and feature additions across the board for Windows.

Probably the first and most noticeable change you’ll see in the new update is the ability to create start menu folders. This works just the way it did back in Windows 8 with the tile Start menu. You drag an icon on top of another to create a folder and Microsoft has also added the ability to resize the pinned area.

Snap layout was one of the most talked about productivity features in Windows 11 and it has gotten a lot easier to use with the 2022 update. Everytime you’ll move a window or app around, a snap bar will appear at the top of the screen and suggest a bunch of different layouts organise your windows.

Based on your monitor size, you might see more or fewer options but the ease of access means that the snap layouts might just get used a lot more than they already have.

Drag and drop is back

While Windows 11 still lacks the customisation abilities of Windows 10 when it comes to the taskbar, Microsoft has reintroduced drag and drop, a much-used feature of the taskbar that allowed you to move files between windows by just dragging and dropping something to the taskbar.

The taskbar is still far from perfect, but Microsoft is still working on the improved taskbar for Windows 11 so expect more taskbar-related updates in the future.

There have been subtle design changes across the board to make Windows look more consistent with the overall theme. Icons and animations are among the top things to be affected. The taskbar can also adapt to the PC’s dark theme now and gets a new interface as well.

Microsoft has also greatly improved touch gestures in the update making a tablet or 2-in-1 user’s lives much easier. You can swipe up to access the Start menu or switch between apps with dedicated gestures with more improvements to come.

Improvements to DND and Focus modes

There are slight improvements to the DND and Focus modes in Windows 11 as well. Users can now trigger the DND mode using a new button on the taskbar and Focus mode now allows for 30-minute focus sessions that remove all badge icons you see on the taskbar.

There’s a new Xbox controller bar allowing users to navigate PC launchers and games with just their controller. There are latency and performance improvements for names running in windowed mode as well.

In terms of security updates, the 2022 update brings Smart App Control, a feature designed to block any scripting attacks or untrusted apps from launching themselves or any daemons.

That said, users will have to reinstall Windows from scratch to get this feature working as Microsoft needs to ensure that there are no untrusted apps already running on your PC when Smart App Control comes into effect.

There are several rather impressive accessibility updates arriving to Windows 11 as well. First up, Windows gets live captions across the OS, meaning you can automatically generate captions for just about any content you watch on Windows using the Windows key + Ctrl + L shortcut. Captions are also generated locally on device and can be shown floating inside a window or on the top or bottom of the screen.

There’s also voice access allowing users to control their computers with their voice, and Microsoft’s Narrator voices have been made a lot more natural sounding as compared to their previous iterations. The new feature, named Voice Access places a narration bar at the top of your screen allowing you to move the cursor, copy and paste, interact with apps and do just about anything you could with a computer and mouse.

What’s next for Windows 11?

While the 2022 update might seem like the only big update to Windows this year, there are several improvements and additions already in the works.

The Photos app is getting a new update next month that adds a photo management user interface including a gallery, better browsing and facilitates easier backups to Microsoft’s OneDrive. File Explorer tabs, another highly requested feature is also expected to arrive in October along with quick access to favourite and recent files.

Last but not least, the taskbar is also due another update in October that’ll add an overflow menu with a new “Suggest Actions” feature that’ll automatically suggest actions when you copy information like phone numbers, dates and other commonly used data.

Microsoft has announced that it’ll be committing to delivering updates only when they’re ready. This potentially hints at monthly Windows updates, but the big annual releases aren’t going anywhere either.