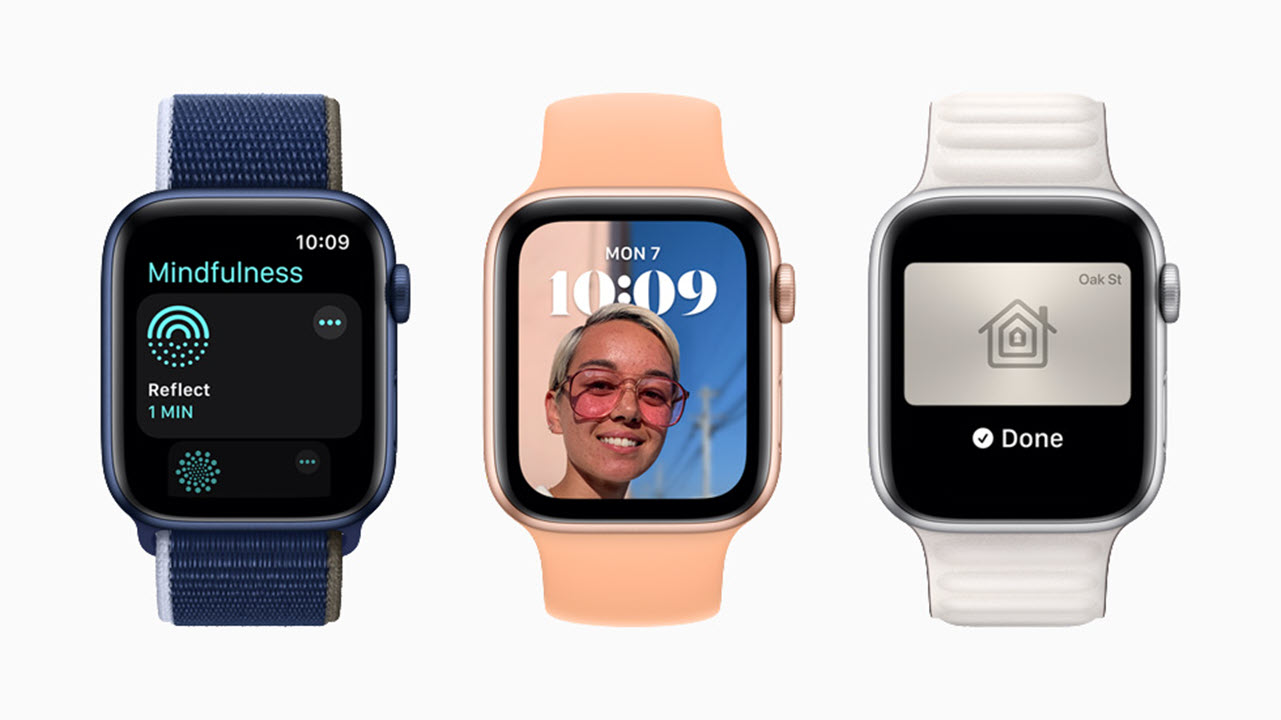 Following their iOS and iPadOS announcements in its WWDC 21 on Monday, Apple has also announced the next update for their wearable OS — watchOS 8.

WatchOS 8 will roll out this fall for Apple Watch Series 3 and newer models, paired with iPhone running iOS 15. The developer beta is already available, and the public beta will release next month.

The Breathe app has been updated and now comes with new animations. There’s also the addition of ‘Reflect’ — a feature that gives you mindfulness prompts whilst showing a calming animation on the screen. All these features are included in the new Mindfulness app which is, by all means, an extension to the Breathe app itself,

“With watchOS 8, we’re bringing more convenient access to places users live, work, and visit with significant updates to Home and Wallet, expanding support for both physical and mental well-being, and enabling richer personal connections with the new Portraits face and updates to Messages,” said Kevin Lynch, Apple’s VP of Technology

There have been new additions to the supported workouts on the Apple Watch as well. The Watch now supports two new workouts — Tai Chi and Pilates. Fitness+ from Apple also adds a new set of workouts focusing on high-intensity interval training (HIIT).

To keep users going through all these workouts, there will be Artist Spotlights, which will suggest music based on what kind of workout you’re doing. There’s also respiratory rate tracking during sleep.

As claimed by Apple, the Photos face the most popular Apple Watch face. Starting with WatchOS 8, users will now be able to use portrait mode on their photos in the Photos watch face.

This works pretty much exactly like portrait mode. The subject (in this case, face) is detected and separated from the background giving a shallow depth of field effect. In this case, the effect will be more like a parallax one.

Speaking of pictures, the Photos app on watchOS has also been redesigned. Your Memories and featured photos now sync between your iPhone and Apple Watch, and photos can be shared through Messages and Mail with the new Share Sheet feature.

The Home app has been redesigned for watchOS 8. Users now have the ability to control scenes and accessories by room. In addition, if you’ve got a Homekit supported camera, you can now watch the feed from your door straight on your watch as well.

The watch can also tap the intercom to quickly broadcast messages across your house or to individual rooms using HomePod, HomePod mini or other devices.

A wallet outside your pocket

Ultra-wideband support for digital car keys is finally here for Apple Watch Series 6. Users can now unlock their cars from a distance. Starting this fall, users can also add keys for their homes, offices and hotel to Wallet as well.

Furthermore, beginning later this year, you can also add your driver’s license or state ID to the Wallet app in participating US states. A few select TSA checkpoints will be the first place you can start using your digital IDs. However, Apple hasn’t yet revealed details on what checkpoints exactly.

watchOS is bringing the Contacts app to the Apple Watch. Users can now browse, add, edit and share contacts directly from the app on their watch.

Users can now also combine Scribble, dictation and emoji in one message on the watch. If you’re dictating a message, you now have the option to edit the presented text. If that doesn’t get communicative enough for you, you can now add GIFs to your messages straight from the watch.

The focus modes that we’ve seen on iOS 15 also come to watchOS as well. The watch will automatically sync with any focus modes set on your phone, meaning only notifications that pass your preset filters will be shown. Once again, this mode uses ‘on-device intelligence’ to make suggestions based on usage patterns.